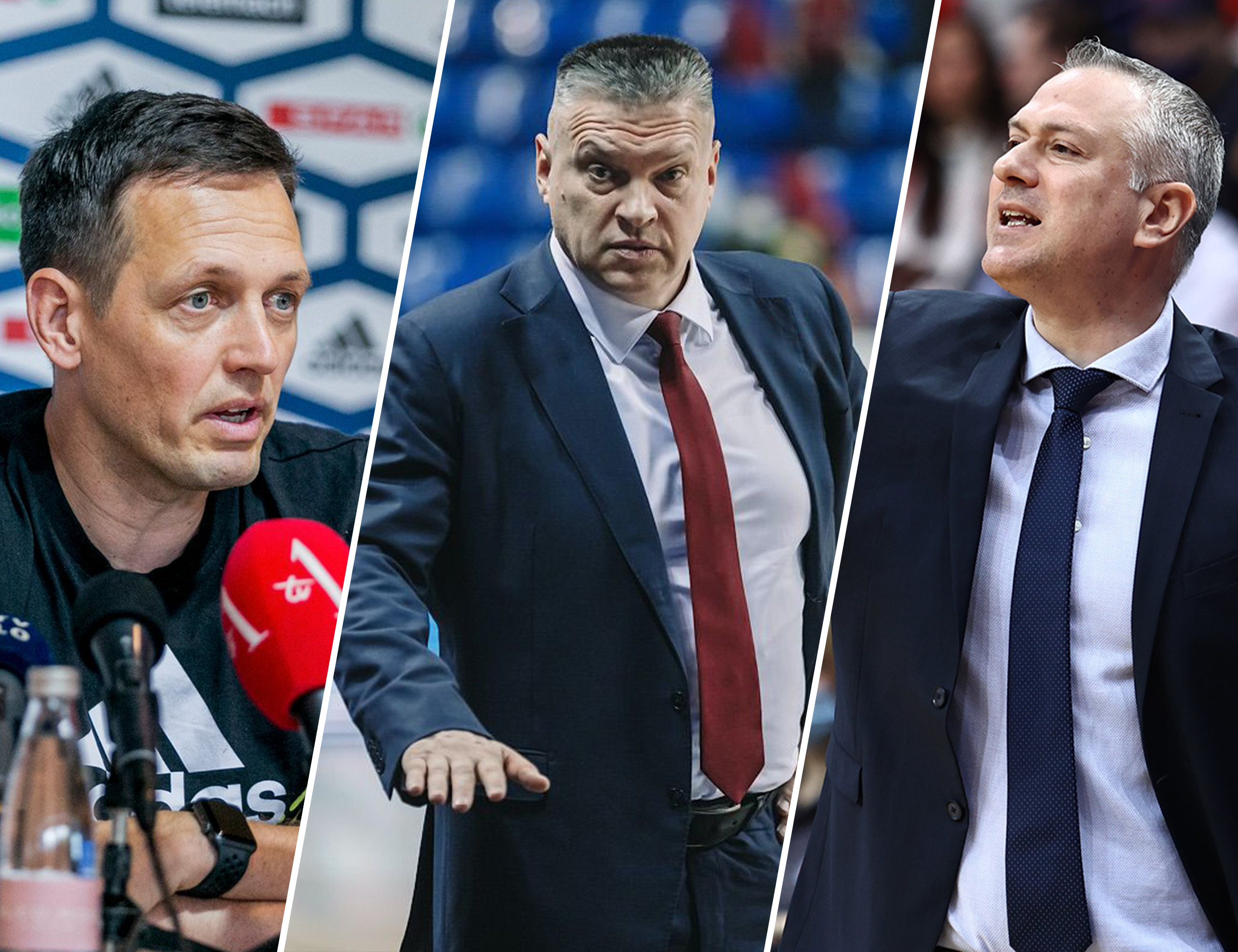 The VTB League new season will start only in October, but Head Coaches of all 12 League teams are already known. At the same time, half of the teams had change the coaching staff. 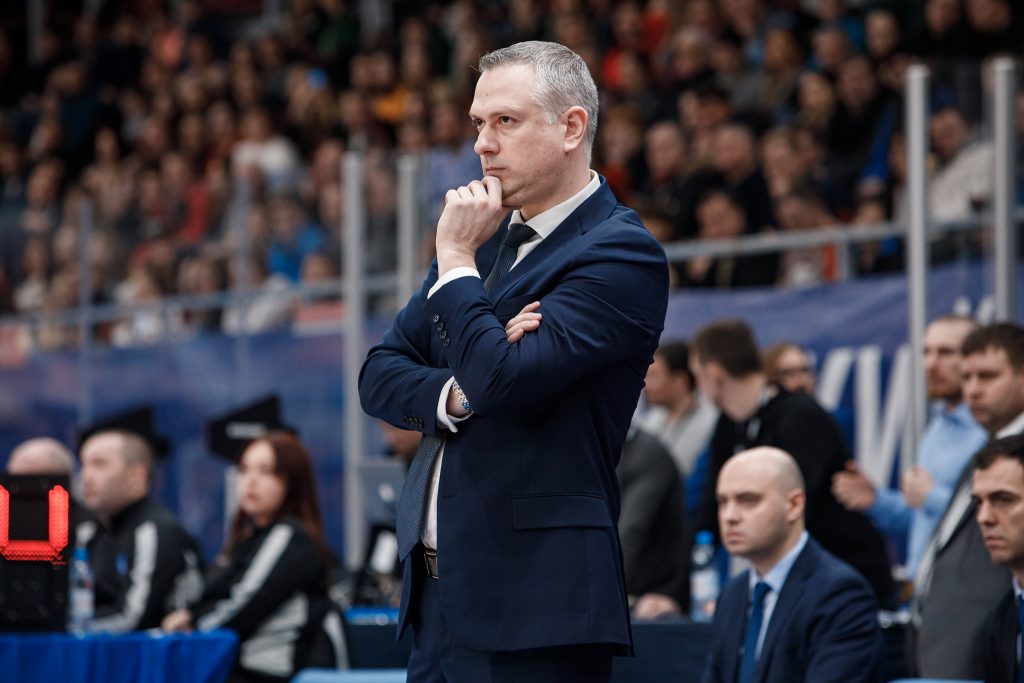 Emil Rajkovic is familiar to every fan of the VTB League. The Macedonian has been coaching for 4 years in the League – in 2018, he headed Astana and the team immediately started to shine: his team had the best season in history, got 15 wins, took 6th place in the regular season and returned to the playoffs.

Rajkovic worked in Astana for 3 seasons, after he moved to Avtodor – and there he proved himself as a top-level specialist. The Saratov team had a bright autumn in 2021, beat UNICS and Zenit and finished the year as the leaders in the standings. Closer to February, Avtodor slightly slowed down, which did not stop the team from going to the Top 5 before the All-Star Gane. After this, the team and the coach decided to split up.

Rajkovic did not stay out of work for a long time – after Dimitris Iutdis departure, CSKA offered Emil to be the head coach. Moreover, there were various rumors around the Army team: Zoran Lukic, Dusko Ivanovic, and even Quinn Snyder from Utah. But the Moscow team office preferred to give a chance not to the most titled and coach – as it was with Itudis 8 years ago.

CSKA is a new challenge, but not an advance for Raоkovic. After all, wherever he came in recent years – Astana, Avtodor, Kazakhstan national team – the result appeared. The Macedonian specialist proved that with talented and smart players, he can build a system – and this is important for CSKA. Perhaps the only question is whether Emil will be able to deal with CSKA key players as you need to find an individual approach. 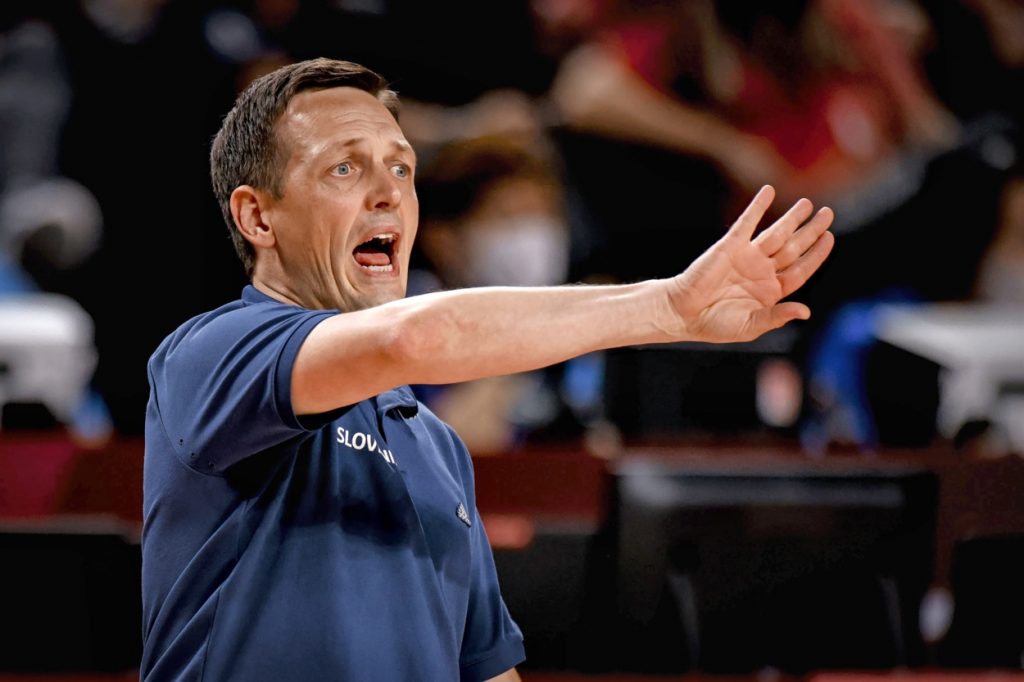 After Pashutin’s departure at the end of December, his assistant Branko Maksimovic took over the coach responsibilities – and did it with dignity, battling both CSKA in the semifinals and UNICS in the 3rd place series.

Nevertheless, the Krasnodar team management decided not to offer a new contract to Serbian, but invited Alexander Sekulic, who also heads the Slovenian national team, to take the place of the head coach. Thanks to the national team, Sekulic became widely known – at the 2020 Olympics, he reached the semifinals, losing to France by only 1 point. Of course, many people associate Slovenia’s success with the phenomenal Luka Doncic game, but anyone who understands basketball could see Sekulic’s coaching approach – how he built the team’s offense against the defensive formations of top teams, how he stopped the leaders of rivals in defense.

Interestingly, outside of the national team, the coach is not too noticeable: for 18 years of coaching, his most famous club was Nymburk – and he was also the only non-Slovenian. At the same time, Sekulic cannot be underestimated – he knows how to find a balance between the players in the roster, feels the game and most importantly for Lokomotiv Kuban can work with young players.

Another challenge for Sekulic is to build a high–quality defense, because this has suddenly become a problem for Loko in recent seasons. In the 2021/22 season, Loko was the best offensive team of the regular season (92.4 points), but also let rivals score the most (87.0). The inability to stop opponents in many ways led to the loss in the series with CSKA. Will the Slovenian specialist be able to fix it? 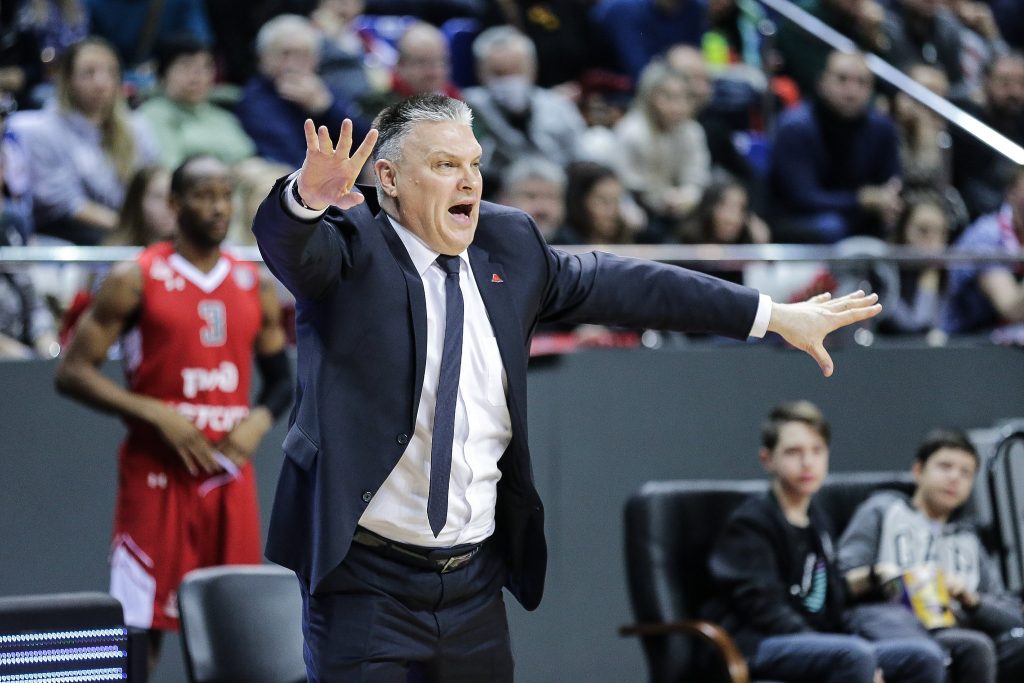 This coach needs no introduction – Evgeny Pashutin became a League champion with CSKA, won the EuroCup with UNICS and Loko, gave Avtodor one of the best seasons in history, led the Russian national team to win the All-Star Game 3 times and entered the VTB League Hall of Fame in 2019.

During the 2021/22 season, Pashutin left Loko – but only to make a historic 23-game winning streak with Uralmash in the SuperLeague-1 and take the championship title in the Russian’s second strongest tournament.

After that, the coach returned to the VTB League already as PARMA-PARI head coach and is going to take the Perm team to a new level. Pashutin’s corporate identity will surely appeal to the Perm team fans: fast, efficient, with a lot of highlights and bright wins.

The Russian specialist and with the club office are determined and spend almost the most active off–season in the entire League – they have already signed five foreign players and resign Russian young players. 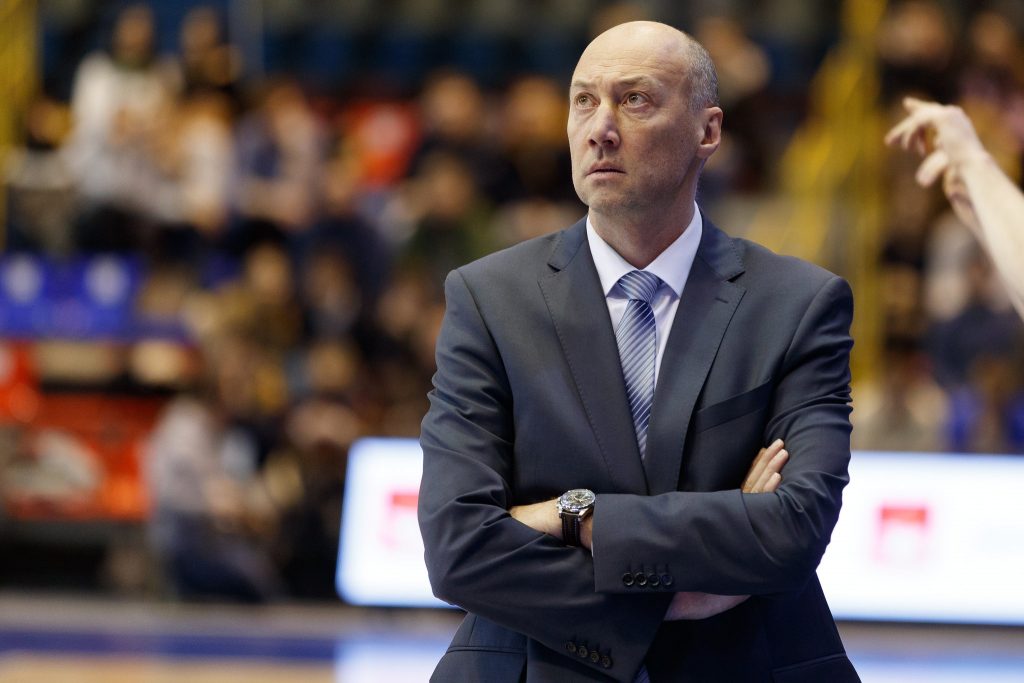 Vasily Karasev has 6 years as a head coach in the VTB League: Triumph (2012-14) and Zenit (2014-18). Three times the St. Petersburg team reached the semifinals with Karasev, but each time it missed literally 1 win to be in the final series.

Probably, this was the reason for splitting up with Zenit. For a short time Karasev disappeared from basketball community, and after a 2-year pause in his coaching career, tried himself in women’s basketball. And he achieved success: this spring, his Dinamo Kursk became Russian Champions.

And after the VTB League expansion, Karasev had a chance to return to men’s basketball – he was invited by MBA Moscow. This will be a real challenge for both the coach and the team. Probably, in some ways, Vasily Karasev’s new work will be similar to the one in Triumph, where the focus was not so much on the highest goals and the race for the title, but, first of all, work with Russian players and their progress.

What is worth noting, Karasev knows how to do – in both seasons with the Russian coach, Triumph entered the playoffs with not the strongest squad. Will he be able to raise his new team to the Top-8 in its first season in the VTB League? 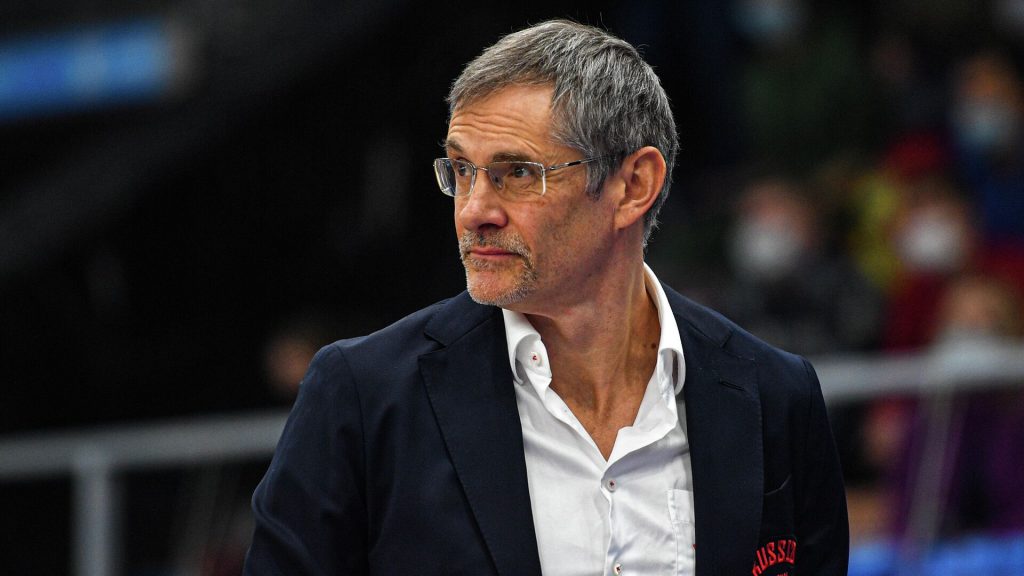 Unlike the absolute majority of VTB League coaches, Bazarevich has not been employed in any team for the last 6 years. In the Russian national team, the schedule was completely different, which does not mean that an experienced specialist was out of work – it was just different.

Sergei Bazarevich watched Russian players’ games and looked closely at young promising players, from time to time giving another star a chance. So, for example, Grigoriy Motovilov immediately went for a promotion from Spartak Primorie to Loko. And after the 2020 Olympics Qualifiers, the number of mentions of Anton Kardanakhishvili increased many times – and instead of CSKA youth team, he went to Nizhny Novgorod.

Bazarevich will need to rebuild and get used to a different pace: the last time he headed a team – Trabzonspor, it was in the 2016/17 season. And the pace in the new championship will really be quite different: 4 stages, games actually twice a week. It won’t be easy, but the 57-year-old coach has repeatedly shown that he knows how to create strong teams without stars and battle with the leaders – yes, at least the same Krasnye Krylia who beat Khimki and won the FIBA Challenge Cup. 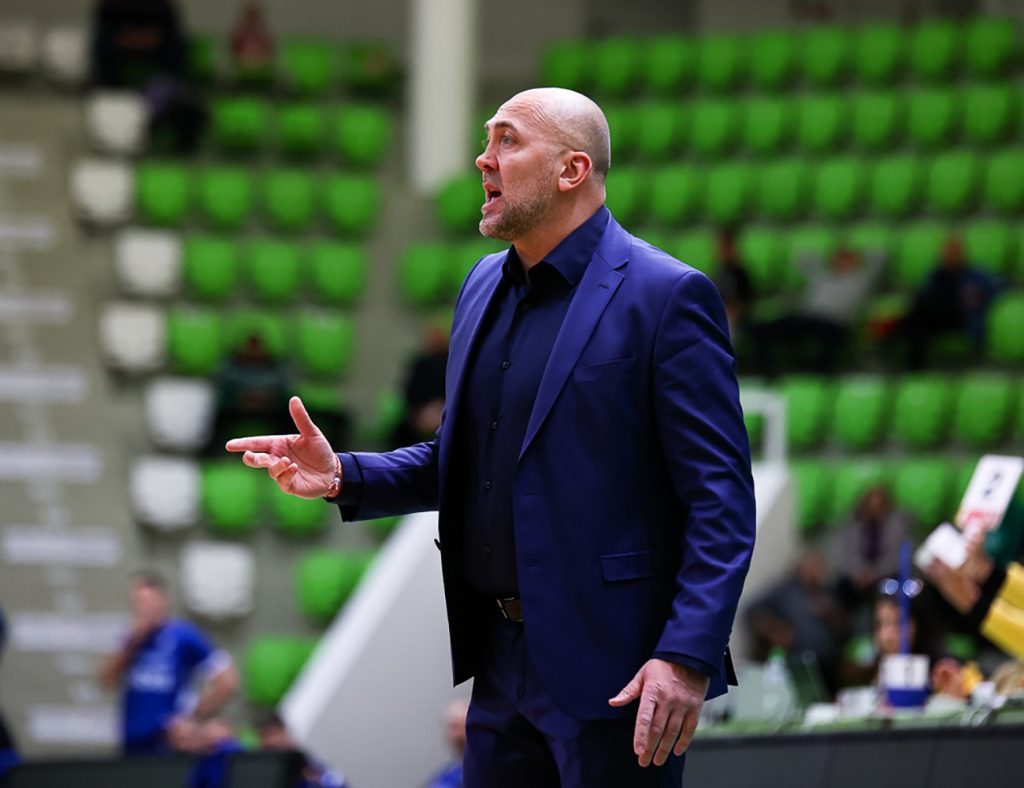 Despite the fact that Vidic is hardly familiar to basketball fans, he has already worked in Russia – and even in the VTB League. In the 2013/14 season, he was a member of Krasny Oktyabr coaching staff and in 2019 he assisted Lukic in Nizhny Novgorod.

Vidic achieved major success as a head coach in Balkan, he won the Bulgarian Championship in the 2018/19 and 2021/22 seasons.

What is important: Vidic started his coaching career in Serbian youth teams, and Avtodor constantly emphasizes that it is important for the team not only to win, but also to develop the potential of young players.

The task of the Serbian coach is quite difficult: with limited resources, you need to try to make sure that the Saratov team forgot about Rajkovic – despite the fact that Emil kept Avtodor in the lead for almost half of last season. In many ways, the result will depend on the roster, about which there is news so far: Kolesnikov returned from CSKA, extended the agreement with Minchenko, let Kvitkovskikh go to Loko. 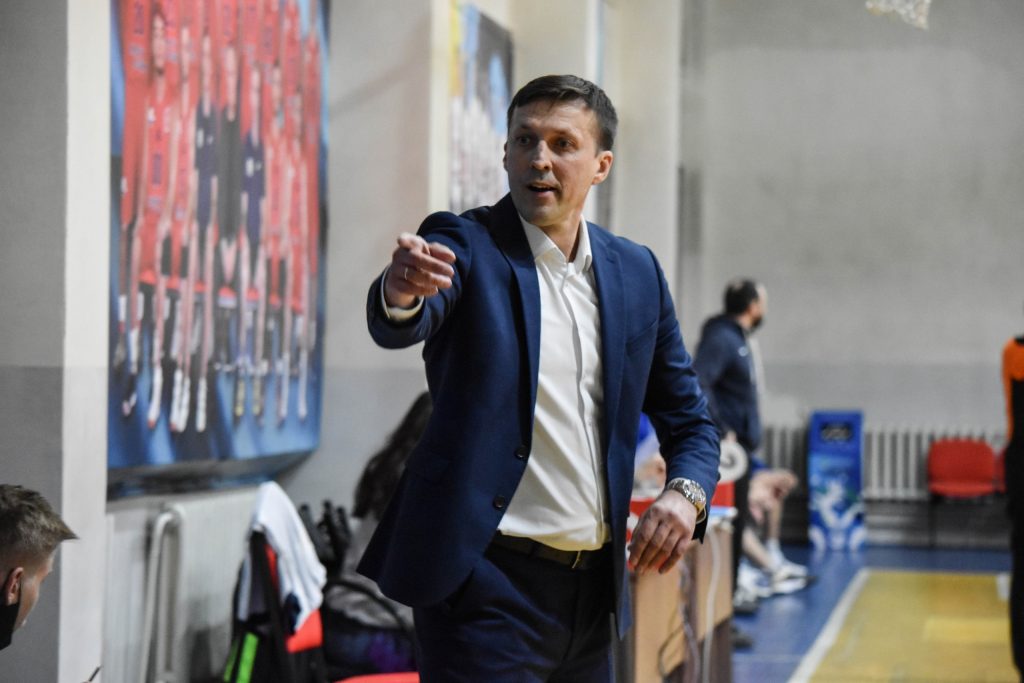 This summer, serious changes were made in Astana: after 11 years in the team, Valery Tikhonenko left his general manager post and was replaced by ex-GM of Kaspiy Samson Arakelyan.

One of the first steps of the new general manager was the invitation of Oleg Kiselev. He spent his entire playing career in Russia, but he coached all his 14 years of practice in Kazakhstan – with the exception of 6 months at Avtodor-2 in 2017.

It is not difficult to explain the choice of a place of work – after all, Kiselev was born in Almaty and before moving to Samara (where he spent his first basketball years), he studied 9 grades at a local school. Now the 44-year-old specialist is ready to work, combining the development of young players in Astana with the achievement of certain tournament goals set by the management. However, even reaching the playoffs will not be so easy – in addition to the legionnaires, Mark Tikhonenko and Nikolay Bazhin have already left the team, and it is not entirely clear who will join the team.

Nevertheless, Oleg Kiselev should definitely not be underestimated: he is the only coach who has managed to take away the title of Kazakhstan champion from Astana over the past 10 years.