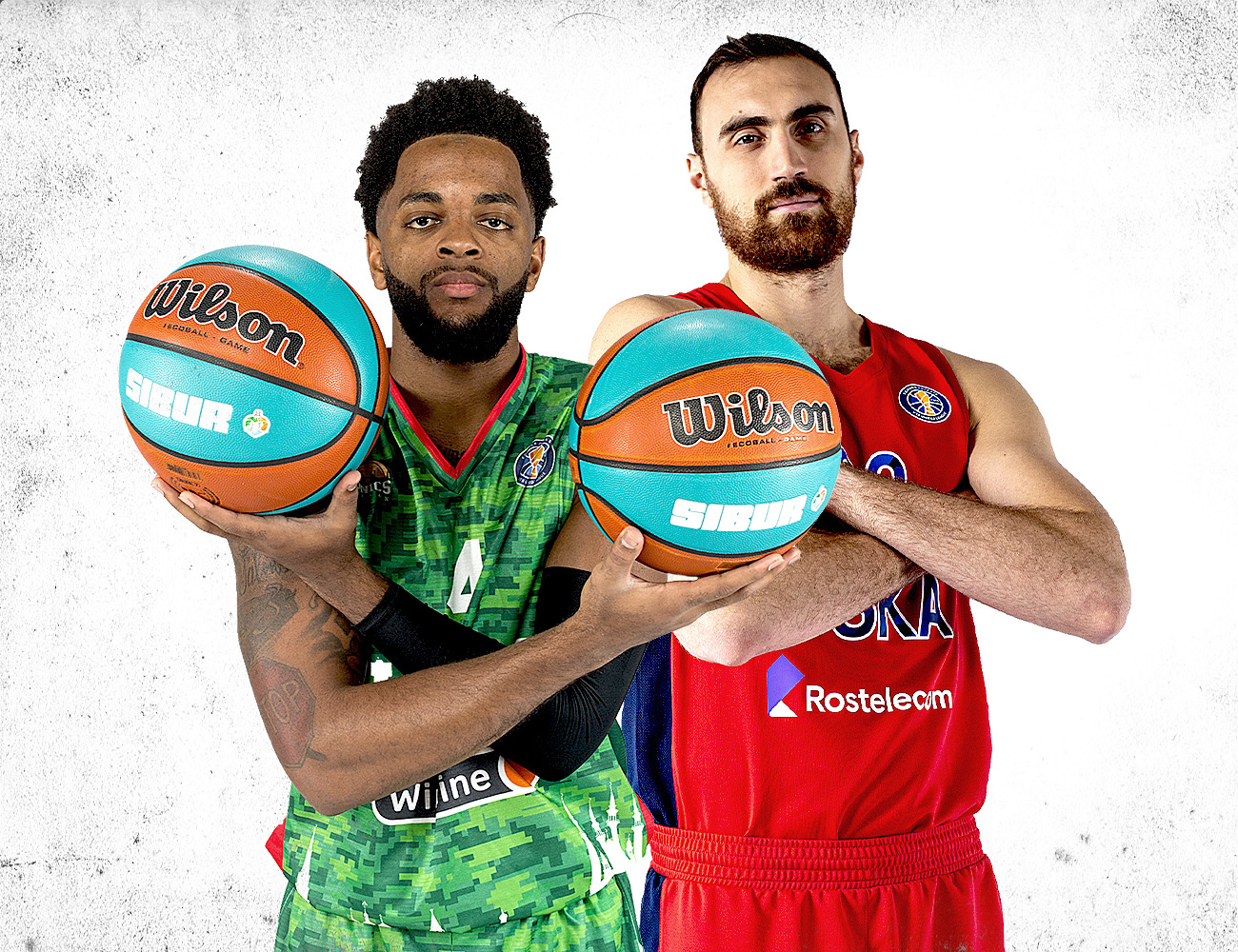 UNICS will host CSKA in the Game of the Weel.

UNICS vs CSKA! The two best teams of the autumn will play in Kazan!

Rivalry
CSKA and UNICS have faced each other many times both in regular season games and playoffs. Despite the principled rivalry, the Army team significantly got more wins. In the VTB League, the balance is 23-7.

Although in the previous season CSKA could not beat UNICS. First, Kazan won at home last November – 69:64. And then, just before the All-Star Game in Moscow, one of the most exciting regular season games in the history of the League happened. UNICS and CSKA could nnod decide the winner for 50 minutes, and only in the last second of the third overtime, OJ Mayo made the decisive shot:

Before the game of this season in Moscow, the teams were undefeated, having won 8 games in a row. And the Army team finally managed to beat UNICS for the first time since 2021. CSKA confidently controlled the game and won with Shved – Milutinov – Moore trio help, which scored 65 points.

November results
After the game in Moscow, both CSKA and UNICS played 4 games, winning each of it. The Army team showed tremendous offensive efficiency, scoring more than 100 points in every game and literally left no chance for any opponents. CSKA won all games after November 10 with 39 points difference on average.

5 CSKA players scored 10 or more points in the last month of autumn. First of all, it is necessary to single out Nikola Milutinov, who can already be called Mr. Double-double. After all, the Serbian center had 5 of the last 6 games with 10+ in points and rebounds. Alexey Shved was also effective, who averaged 15.9 points and 9.0 assists.

UNICS also has 4 games after November 10. Moreover, the most difficult game was against Samara. The Kazan team entered the last quarter trailing by 2 points and only stopped the opponents in the end. However, after 4 days Velimir Perasovic team improved in Krasnodar: the team won the first quarter 29:9 and only in the 4th quarter allowed Loko to avoid a crushing loss – 82:70.

Debut
Daryl Macon debut was really important for UNICS. The guard missed the start of the season due to an injury and played his first game against PARMA-PARI, scoring 12 points. However, in 3 weeks Daryl played even better and eventually became the best scoring in the Kazan team with 18.5 points on average.

Streak
CSKA started the season with 13 consecutive wins and has already repeated its best start in the history of the League. Before repeating the League high set by Khimki in the 2013/14 season (18-0), there are 5 wins left.

Return
Anthony Brown returned to UNICS squad in the game with MINSK on Tuesday. Due to the injury, he missed 5 games including against CSKA. It is possible that Velimir Perasovic team lacked of him in Moscow, because Anthony is the best Leauge shooter with 61.5% from the perimeter.

In the game with the Belarusian team, Brown scored 10 points, 5 rebounds and three-pointer.

Numbers and leaders
CSKA remains the only team of the season without losses and confidently leads the standings. The lead is also evident in numbers: Emil Rajkovic team is the best in points (97.7), rebounds (39.9), assists (24.7), shots from the game percentage (54.8%) and three–pointers (42.0%).

What CSKA is not so strong in is steals – 8th place with 7.5 on average per game.

And in general according to stats, UNICS looks powerful: second place in performance (88.7 points), a fairly high percentage from the game (50.6%) and very strong defense (70 missed points is the second after Zenit). 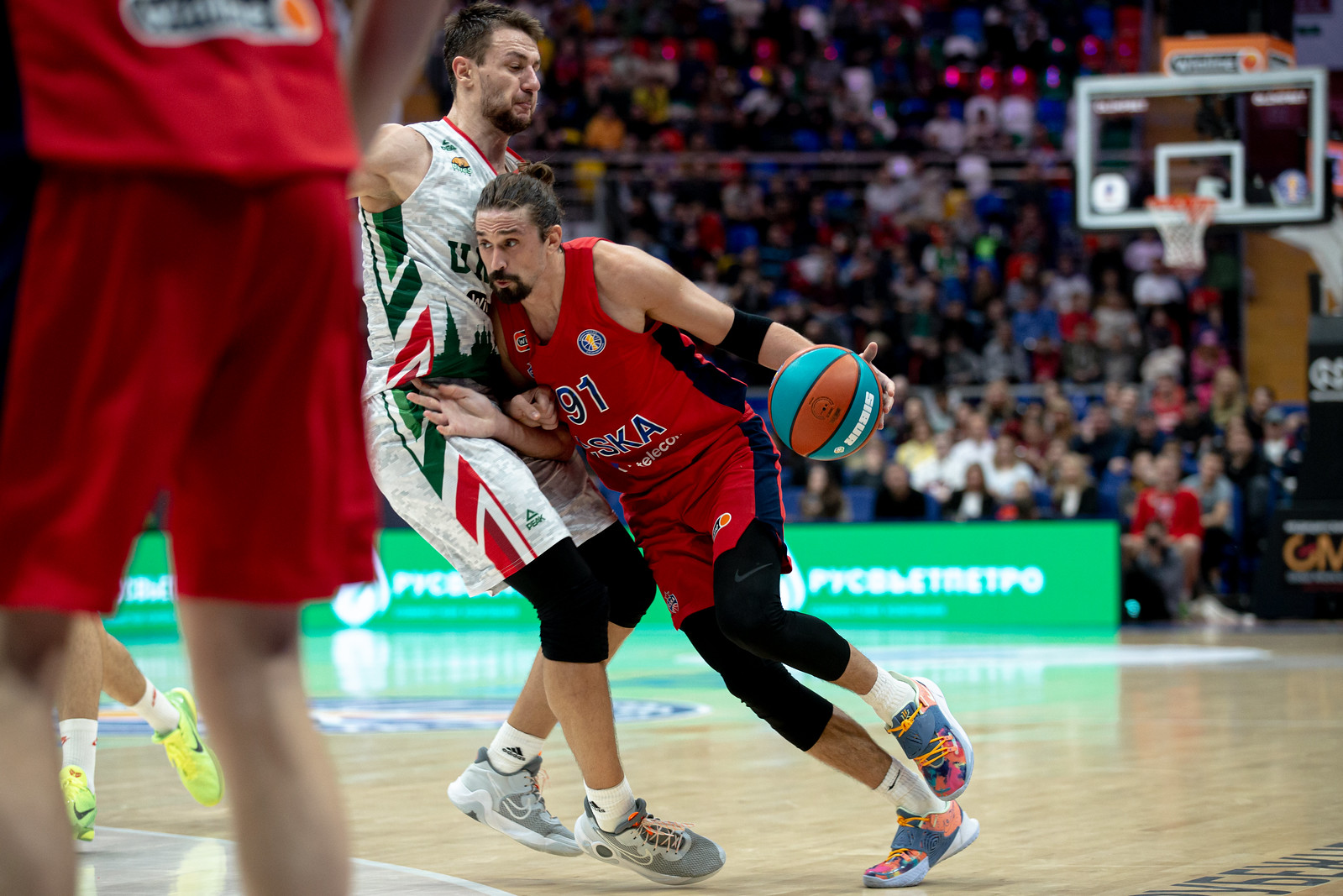 Who is the best CSKA player? There is no answer to this now – the Army team has several players directly responsible for the result. Of course, Nikola Milutinov was the most effective in the games with UNICS, scoring 24 points and 12 rebounds.

Of course, the Serbian bigman wouldn’t be so useful without Alexey Shved on the floor. The Russian guard had 9 assists and scored 15.9 points with 46.7% from the game in November.

At the same time, the whole team contributed to this long winning streak – 5 players score 10 or more points. CSKA is also incredibly dangerous on the perimeter: every player is ready to score a three–pointer, even Milutinov – this was against UNICS. And immediately 3 players: Moore, Ruzhentsev and Astapkovich had 50%.

As for UNICS, it is also impossible to name the best. At the moment, Daryl Macon is the best scorer, but he has only played 4 games so far. Jalen Reynolds scores 14.5 points and 4.3 rebounds, but at the same time he is only fifth in the team in efficiency behind Labery, Hunter and Dimitrijevic.

The playmaker of the team in Macon’s absence was Nenad Dimitrijevic, who is also on the list of the best assistants in the League with 6.8 assists per game. In addition, the Macedonian guard can score by jimself – he has an average of 11.4 points per game.