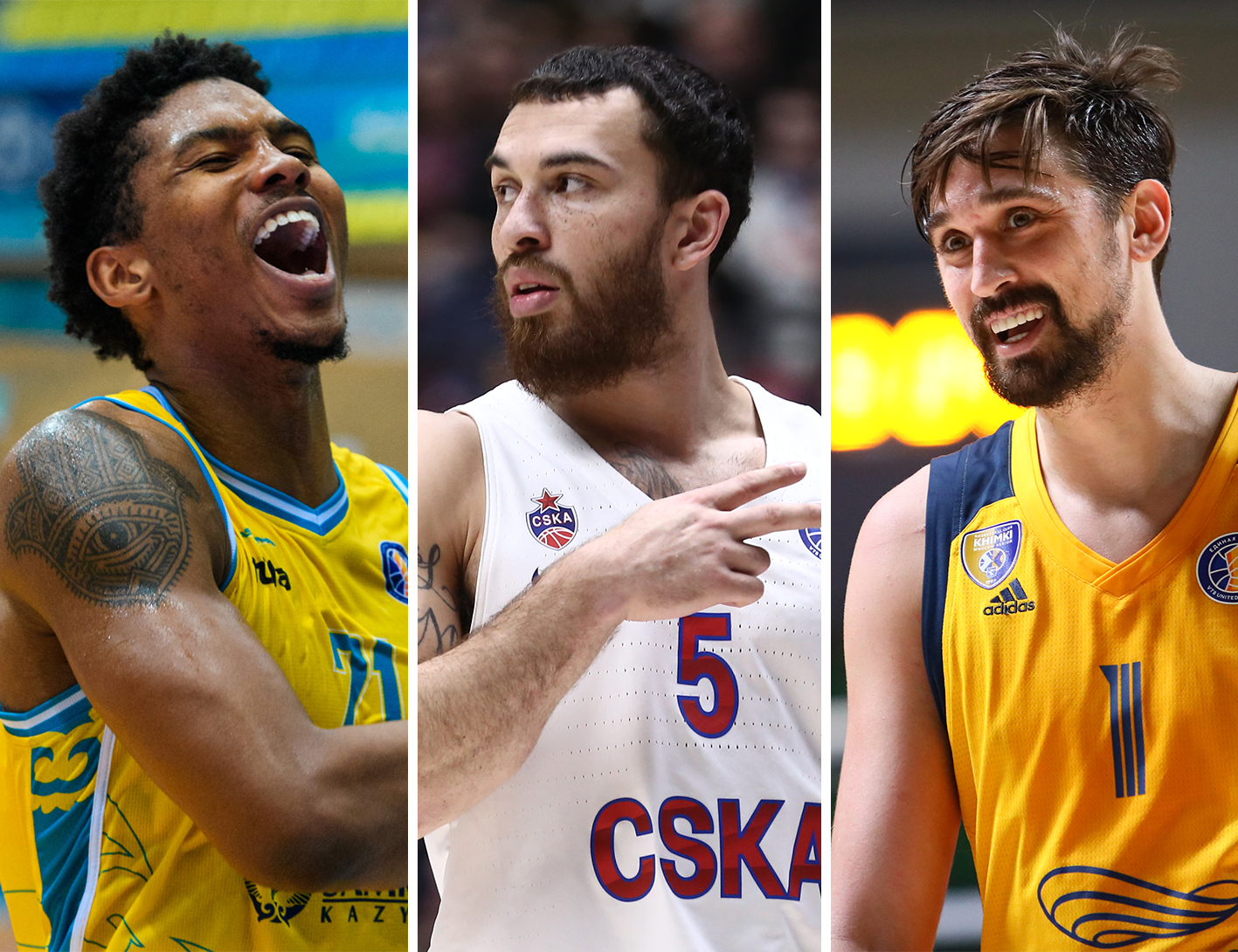 2019/20 season is ended ahead of schedule but it gave us lots of highlights and individual achievements. We’ll speak about main heroes of the championship that became one of the most interesting in the history although it’s cut. 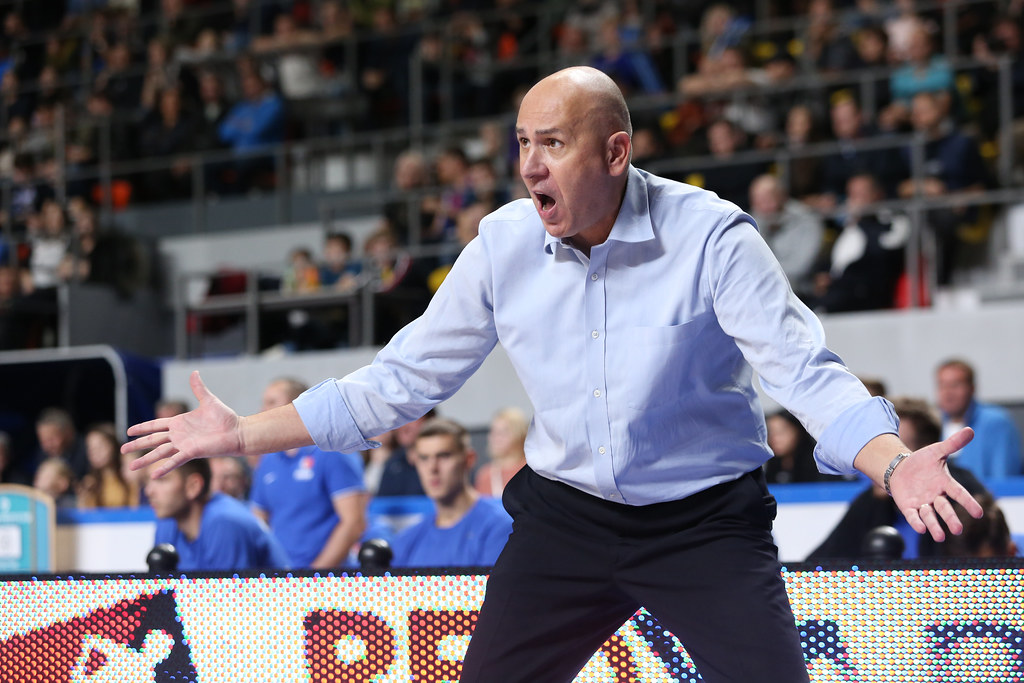 Enisey created the mood of regular season by sensationally beating CSKA in the very beginning, the season further had many surprising games, intrigue and emotions. The same way Krasnoyarsk performed, even though they didn’t manage to maintain it then they certainly weren’t boring. Enisey did more than just beating Moscow team: they also beat UNICS and Lokomotiv-Kuban, had a tight one against Khimki. Drazen Anzulovich, who called his decision to head Krasnoyarsk the most extreme in his life signed right foreign players, set well-balanced game and helped Tomislav Zubcic show his talents. Eight consecutive losses in January left no chances in Eurocups for Enisey and threw them off the play-off zone in the League. That’s when the Croatian should have shown his coaching heroism and reanimate the squad. February’s win over Kalev showed that the Siberians were ready to fight for a play-off spot but then the season was suspended. 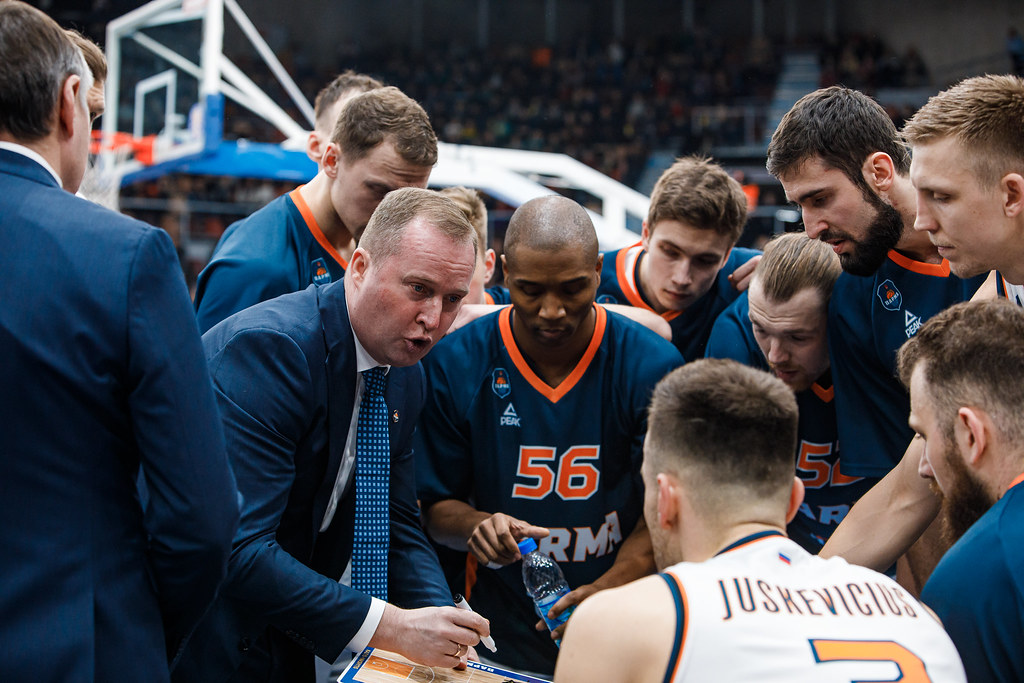 Perm team were focused on revolution: they added strong foreign players, experienced Russians and first robo-coach Promobot to PARMA’s traditional promising squad. New Lithuanian head coach had to build new team successfully. The process obviously was hard. But even after terrible 1-6 on the start of the season and relocation of one of the most efficient players of the League Arnett Moultrie in November Maksvytis didn’t lose control and fixed it. Adas Juskevicius who was giving 5,1 assists and was scoring 14,5 points per (team’s leader in both stats) felt free to be the man in clutch, furthermore, he set season-high in scoring (37 points vs Khimki). Maxim Grigoryev reanimated career under Maksvytis’ coaching, played in 17 games and changed patient’s clothes to All-Russia team jersey. Bright spirit, 3rd best scoring team in the League (87,1 points), the most visited arena in the League (5233 fans on average): Perm were fighting for play-off and at the moment of suspension were 8th. 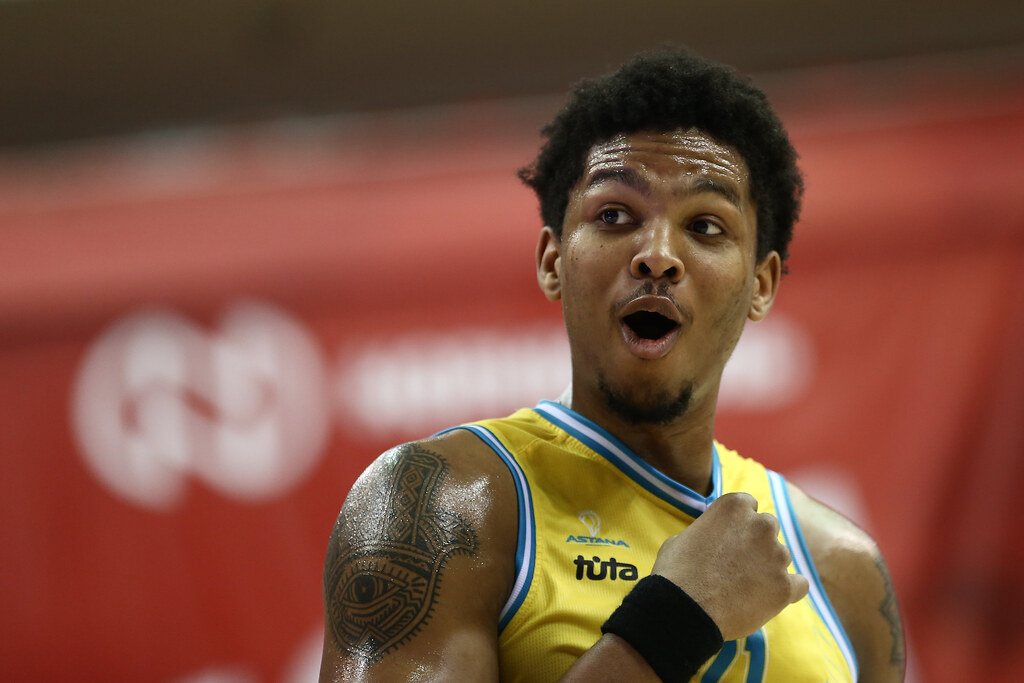 Astana change foreign players every year but each time they find unknown players and make them stars. Another revelation is Malcolm Hill. Another signature for Kazakhstan is that leaders nearly never leave the court. As a result, Hill averaged most minutes on the court among League players (34) and used it properly. The American held 2nd place in scoring list (20,2 points) fourth in efficiency (19,4) and was in top-10 3-point shooters (2,3 per game). Guard was consecutive: played all 18 games for Astana only once scoring less than 10 and 15 points. In February 24 years old rookie participated in All-Star Game and were competing for shootout contest title. 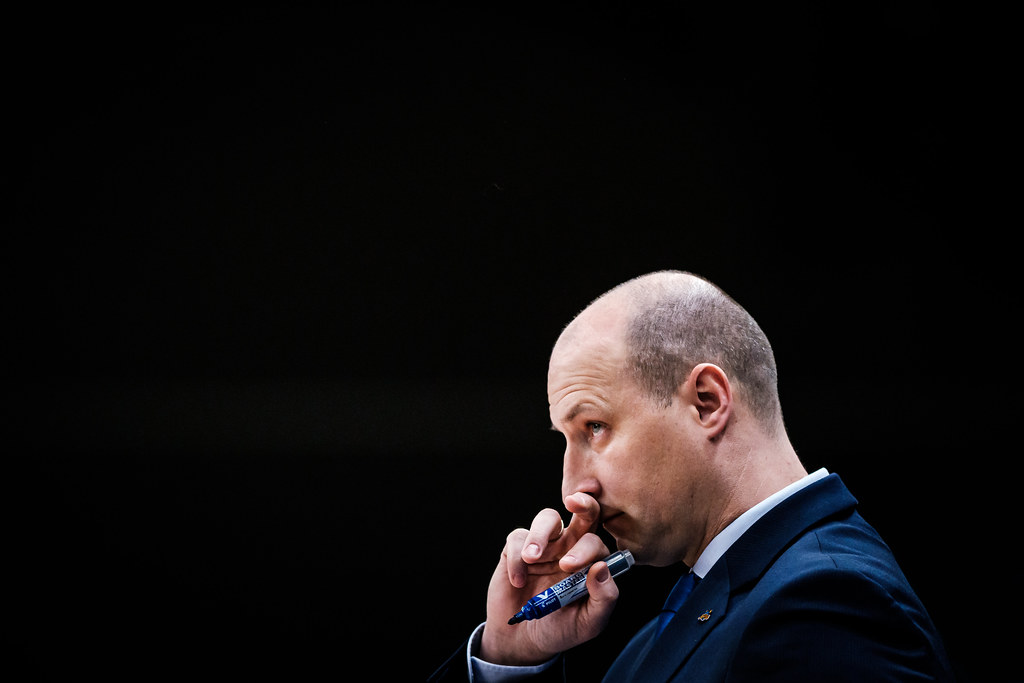 Previous season was the best in franchise history (7th place, first play-off appearance) but during 2019 off-season the team changed a lot - the roster was a half changed. Headed Latvian, who also coached his National team, not only built a new team but created new playing style: they weren't just thinking of running and scoring more points. Tallinn succeeded via its discipline, system and accuracy (10,9 turnovers - best League's result) and moreover, the balance between team's defense and shooters' confidence. They also succeeded in free agency where they signed offensive leader Kyle Vinales. Estonia pretended to improve last year's results and at the moment of suspension they were fifth. They managed to throw Zenit of Big-5 - Euroleague participant was beaten twice. 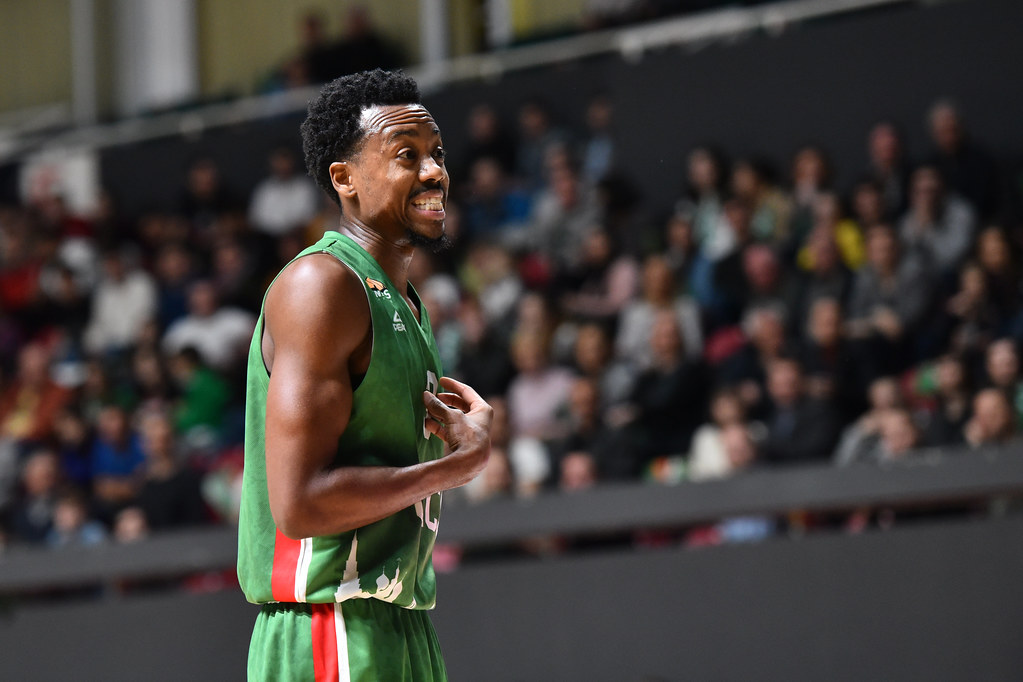 But season's prime of one of the most dangerous League's players was in December when he scored 30 points in win over CSKA and was honoured as MVP of the month. Together with Mike James and Alexey Shved UNICS' leader was the first in voting list for the All-Star Game. 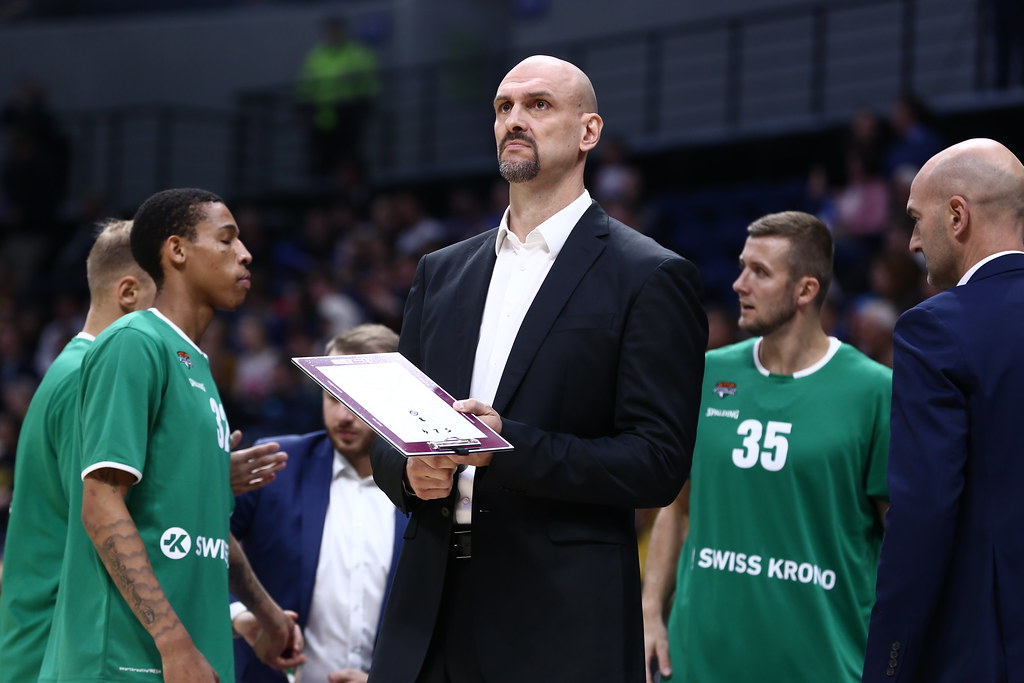 After a slushy debut season, Zielona Gora changed their coach. The legendary Tabak promised to create a strong team that will fight in every game after the appointment. The champion of the Euroleague and NBA as a player kept his promise. Another original team appeared on the League map, which played itself and allowed others to play. The Poles hit a hundred points three times and as many times allowed their opponents to do it. The talents of the League Drew Gordon and Ludvig Hakanson began to play with new faces. The cheerful Zielona Gora was among the best away teams (5 wins, only Khimki, CSKA, Loko and Zenit were ahead) and at the time of the early end of the season they were on the sixth place. 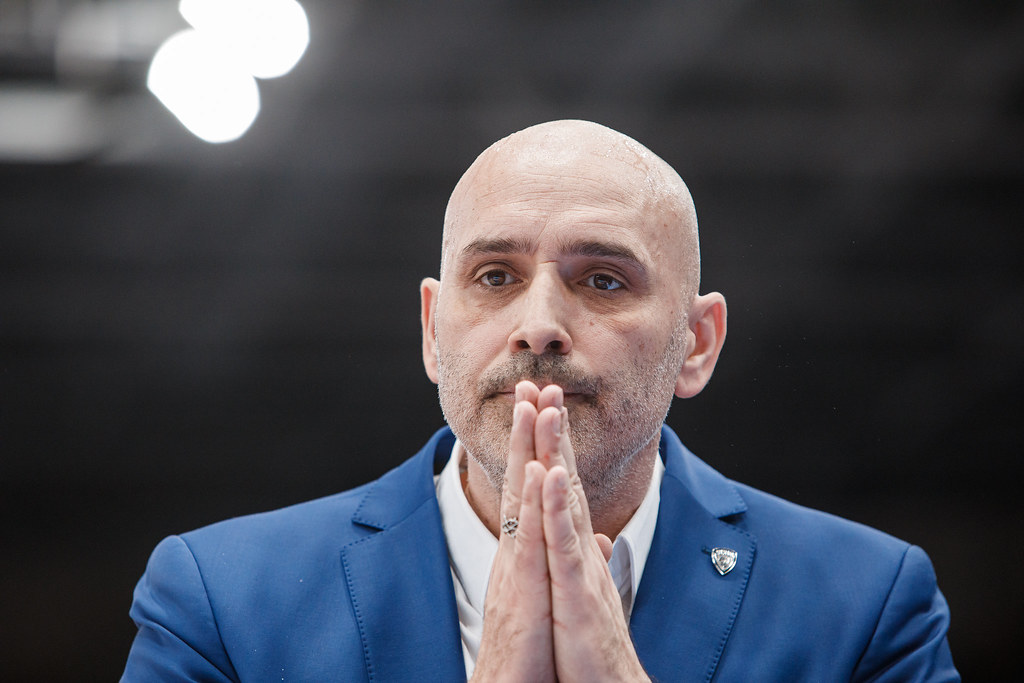 Nizhny Novgorod of Lukic continues to be one of the most appealing teams in the League. The tireless Serbian coach was not afraid to search and experiment, using 18 people over the season and traditionally trusting Russians, including young players. They preferred the offensive style (86.5 points - the fourth result of the season), and also showed their signature character again. In early February, the team lost due to injury of the team's top scorer and rebounder Darral Willis, but after a few days almost stopped Khimki (94:98), and then almost defeated Lokomotiv-Kuban with almost the only Russian roster and continued to perform successfully in European competitions. NN at the time of the suspension of the season was 11th, although Kalev and Zielona Gora who finished in the Top-6, have the same number of games played and, if successful, they would have overtook competitors. In the situation with this team it is especially difficult to give an assessment of the season ended ahead of schedule, but it certainly turned out to be lively and interesting for Lukic and his team. 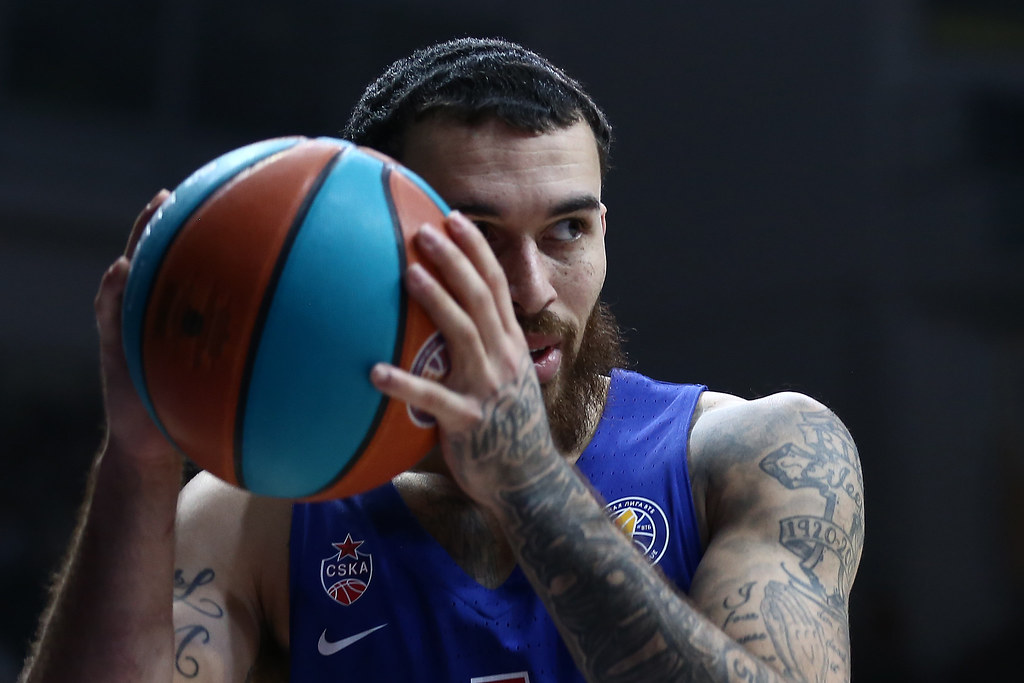 The Euroleague 2018/19 top-scorer suddenly turned out to be a free agent at the last moment of the off-season, but was soon picked up by CSKA, which were just rebuilding the roster. And if the individual skills of James did not raise any questions, then many doubted whether the charismatic American would fit into the CSKA and the schemes of Dimitris Itoudis. These worries were wasted. James became one of the brightest players in the League and took on the role of the new leader of the Red-blues, which was especially important after the injury of William Clyburn.

As part of CSKA, the American was the best in terms of points (17.6) and assists (4.4). Even in those cases when he did not catch his game, James continued to believe in himself and decide in the endings, as, for example, in the March game with Loko. There super sniper scored only 4 out of 17 from the game, but scored 8 points in crucial minutes. In the All-Star Game, Mike scored 34 points, gave 9 assists and brought his team another victory - this time to the World Stars. 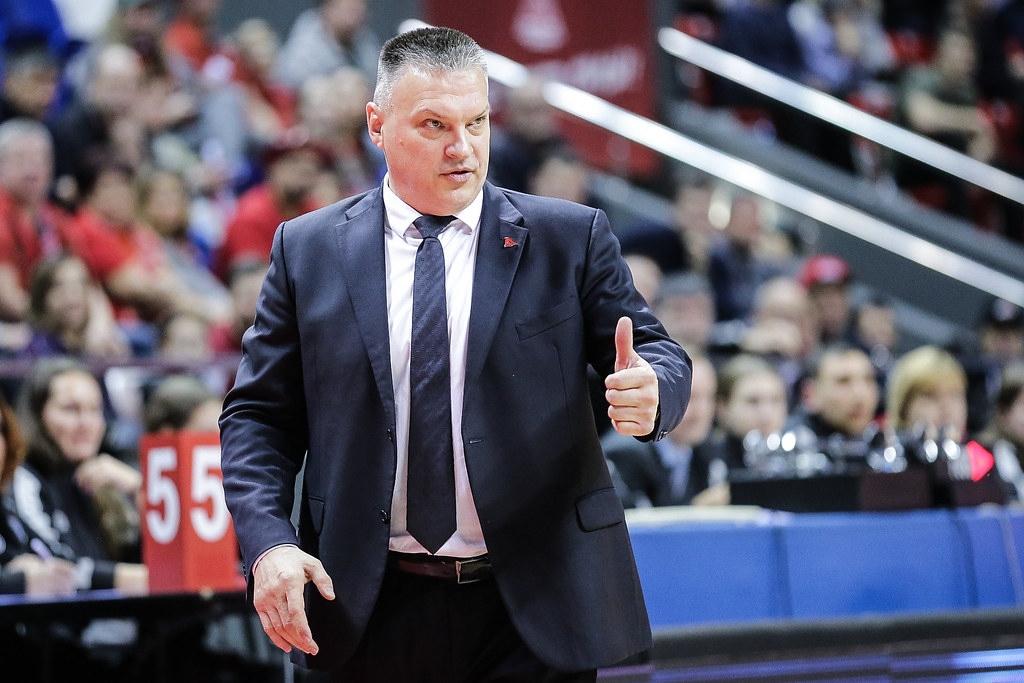 Lokomotiv-Kuban built a powerful roster, but Luka Banchi failed to realize the potential of the star team. When Pashutin replaced the Italian, not for the first time in his career he acted effectively as a crisis manager. He took Loko with a record of 5-4 in December and then he became the only Russian coach in the current season of the League with a series of nine victories, including success on the road in the game against Khimki – it was the only defeat of Khimki in this season. Pashutin’s Loko burned on backboards, and a new coach found a balance and helped leaders show the best qualities. Finally, he established a good atmosphere in the team - basketball players have repeatedly mentioned this important point. One of the most winning coaches in the history of the League brought Lokomotiv to the third place and became the coach of Russia Stars in the All-Star Game and was rewarded with an extension of the contract for 3 years. 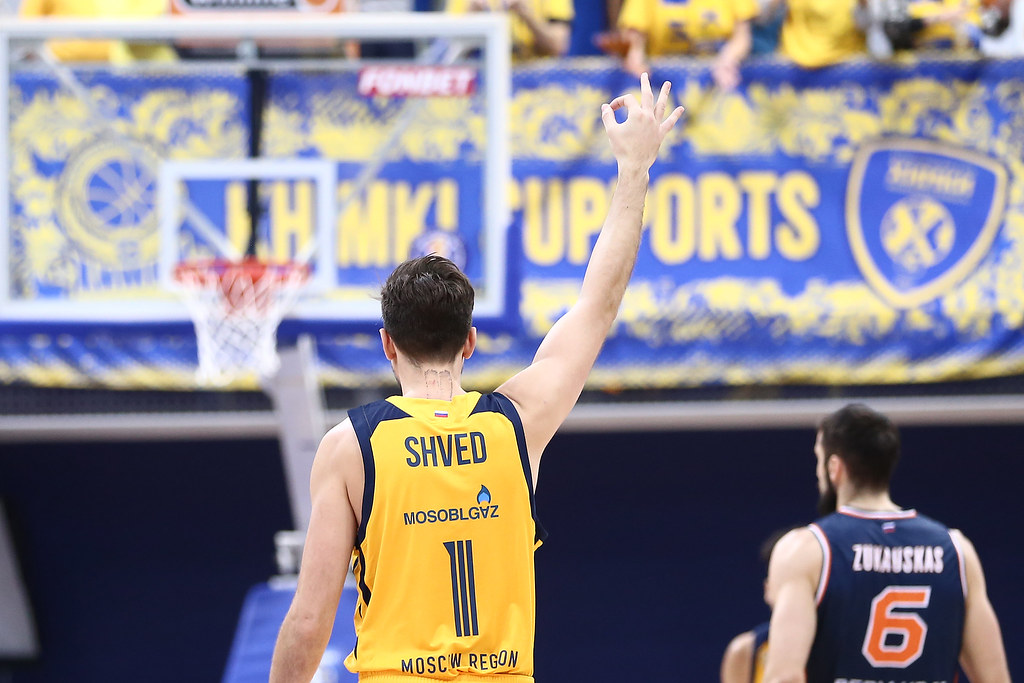 The top lists can’t miss one of the best players in the Old World. The list of his achievements is always respectful: he became the best in the League in terms of scoring (22.4), assists (9.2) and efficiency (24.3), seasoned with the title of MVP of the All-Star Game (42 points). His best performance took place in December in St. Petersburg, when in the battle with Zenit he has made the best results of the season in several stats at once: points (30), efficiency (34 points), and assists (13).

But perhaps, the main achievement was the progress of the 31-year-old basketball player in the conduct of the game. The mighty shooter this year has rebuilt and has become more attentive to his partners. The result was not long in coming. Khimki dominated the regular season and were on the 1st place with a record of 18-1 by the termination of the season.