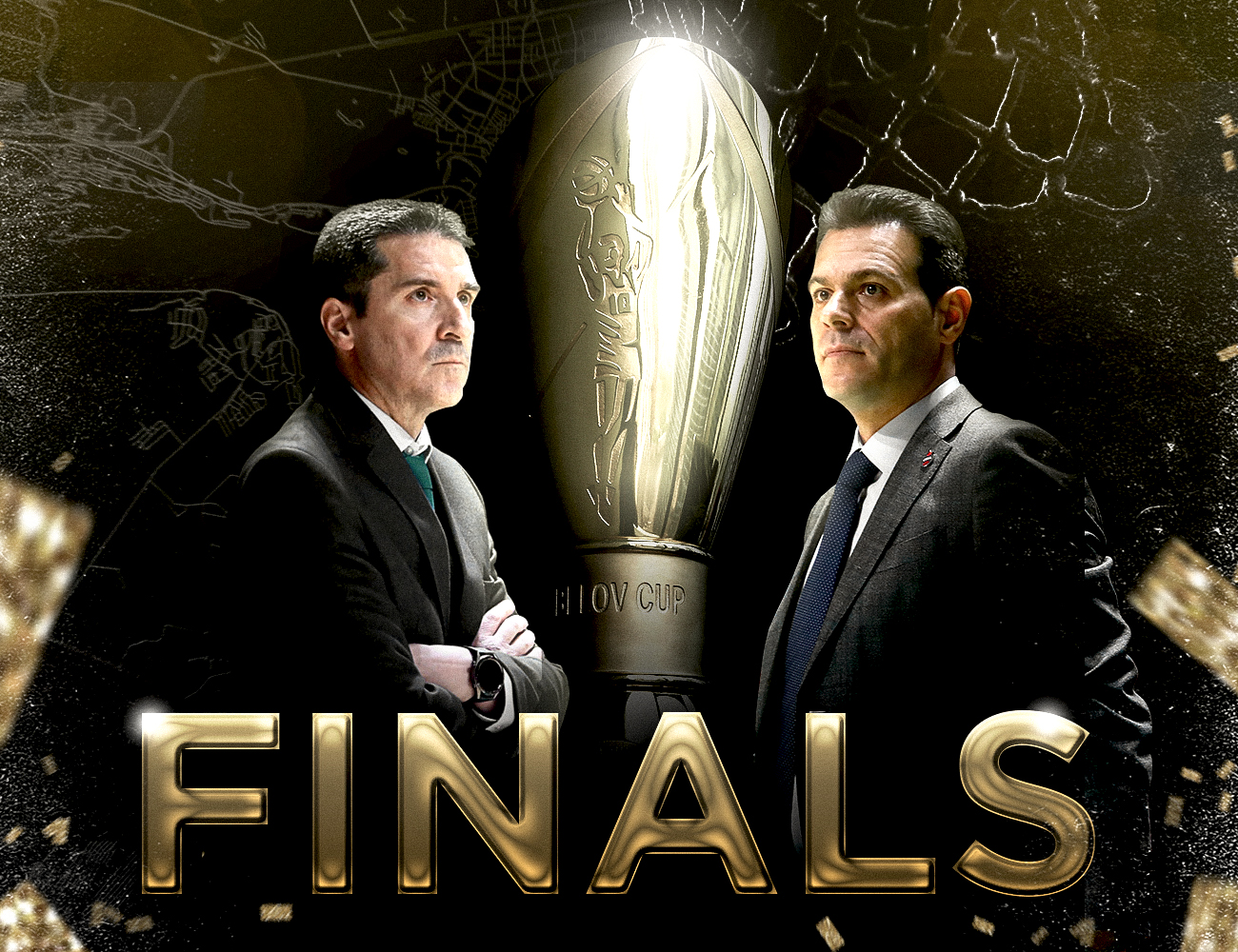 Confrontation in the season
The first game between the two teams for the finals took place just before the New Year’s holidays on December 26. It was in Kazan, which in recent years has been somewhat of a magical place for CSKA: Since 2017, UNICS has won every game at Basket Hall. This time, CSKA arrived in the capital of Tatarstan as the clear favorite. After the Euroleague, Moscow winning streak now stands at 12 games, while UNICS was not very consistent before the New Year.

Despite that, Kazan started the game confidently, and before the big break, it might have seemed difficult for CSKA to pull out a win this time. Thanks to excellent play by Isaiah Canaan (17 points before halftime), Dimitrios Priftis’ squad finished the first half with a 41-40 lead. After the turnover, Canaan continued rushing to the Army club’s rim, scoring nine points in one minute. Despite this, the third quarter was a CSKA lead. The visitors began the final 10 minutes with a 7-0 run, which was decisive in the end – despite all of Canaan’s heroics, who set the current season record for points scored (36), CSKA held on to win the game.

By game two, on March 27, the power structure had clearly changed. UNICS had clearly learned from its December setback: After their loss to CSKA, Kazan extended their winning streak to 10 games and allowed UNICS not only to regain the lead, but also to overtake CSKA. With little time left before the end of the regular season, this game was crucial for both teams, and this time, even at home, CSKA was no longer a favorite.

UNICS, which already had arguably the best defense in the league, started strongly, shooting the ball up the CSKA court from beyond the arc. But that was just a lucky break for Kazan. By the end of the first 10 minutes, CSKA had already taken the lead and by halftime had already scored 54 points. Superior shooting accuracy from beyond the arc (61%) allowed the Red and Blue an even faster pace to build their lead, which reached 13 points by the beginning of the final quarter. Another jumper by CSKA and the suspension of Priftis, who couldn’t control his nerves, put the game to bed: UNICS suffered its first loss since December, while CSKA moved up to second place.

Why can UNICS win?
Undoubtedly UNICS’ strongest point is its defense. They proved that in a series against Lokomotiv-Kuban, one of the top scoring teams of the season. The team from Krasnodar, who averaged more than 90 points per game in the regular season, took them past the 80-point mark only in game one, during overtime. In games two and three, UNICS allowed their opponent’s formidable offense 69 and 70 points, respectively, enough for a comfortable series win with a blowout.

Loko’s poor offensive numbers certainly can’t be blamed on UNICS’ defense alone. Let’s not forget that in the semifinals, Kuban could not rely on their key player, season MVP Mantas Kalnietis, and even Nigel Williams-Goss missed the first game. But UNICS’ last opponent in this playoffs is not free of injuries, either. The Euroleague Final Four showed that the absence of Milutinov and Bolomboy had a noticeable impact on CSKA’s game (Efes’ pick-n-rolls were largely fatal for the Red and Blue).

With all of CSKA’s offensive power, the Army team has many weaknesses, which UNICS, with its experience, will certainly try to exploit. However, UNICS’ main objective is not only to attack the Army team’s weaknesses, but also to shut down the strong points: for example, shutting down CSKA’s chemistry between its back and front lines. The Turks succeeded in doing that in the Final Four, with the result that CSKA’s frontcourt rarely got the ball and looked lost (Voigtmann had 6 points, Eric had 0, Kurbanov had 2, and Shengelia had 10).

It shouldn’t be forgotten that Dimitrios Priftis has the league’s best defensive player, John Brown, who received the Mr. Castle Award in the regular season.

Why can CSKA win?
Maybe you can’t say that the series with Zenit was a dress rehearsal for the Finals – after all, the Army team faced the winner of the regular season. Still, the semifinals were revealing in many ways. CSKA was forced to play against a team just as potent on defense as UNICS, which relies heavily on basket defense. The Red and Blue coped brilliantly in that game: Even in Zenit’s only game-winning basket, the St. Petersburg defense wasn’t like itself, allowing 104 points (even with the two overtime periods).

Of course, Zenit’s play was greatly affected by the loss of Mateusz Ponitka, one of their best defensive players of the season. Gudaitis was also missing. CSKA, however, has suffered no lesser loss all season, including its star offensive force in Mike James, which didn’t stop the Army team from beating Zenit 3-1 and pulling out what was a close game against Efes (Moscow trailed by -21 in the game, and in the closing minutes they were one shot shy of victory). CSKA still has one of the best offenses in Europe, as evidenced by their March game against UNICS, where they scored 102 points without too much trouble. That was the first and only time this season that Kazan missed 100 points.

Another important factor is that for all their defensive talents, UNICS isn’t nearly as efficient on offense. That was clearly demonstrated in game one of the series with Loko, where the young Kuban defense held UNICS’ offense off balance for more than four minutes, leading by -19 and sending the game to overtime. The Army team has similar experience – in their December game, all of UNICS’ offense was reduced to a give-the-ball game for Canaan, who scored nearly half of his team’s points. By shutting down the rest of UNICS’ offensive players, the Army team secured victory.

Who should be the hero of the Finals?

If we’re talking about UNICS, there’s no question: Isaiah Canaan, the team’s leading scorer, must take over the game and pull them through a bad matchup. Despite the team’s disappointing performance, he was the hero of December’s game against CSKA. But it’s not all so clear-cut. In the current playoffs Canaan is far from his usual performance. He has not been a leader in scoring in either game so far, and he flunked his second game against Loko (3 points in 20 minutes). He had Okaro White and Jamar Smith as his best scorers, while John Brown was the key player in the win over Loko.

For CSKA, the answer to that question back at the beginning of the year would have been clear: Mike James. But now James is absent from the team, and his role in the “heroic basketball” has to be assumed by different players in different situations: Shengelia, Clyburn (who nearly pulled a game against Efes with 26 points), Hackett, who shined in Game 4 against Zenit. The sharp and dangerous scorer like Iffe Lundberg looks increasingly confident in his new role.

Of course, a varied offense and a lot of players capable of “pulling” in a single game is a big plus for any team. But in the Finals, when the series is even and tight, the players who can handle the nerves and turn the tide of the game always come to the fore – and do so on a consistent basis. Which of the star players will be more efficient at the decisive moment will show the course of the series.