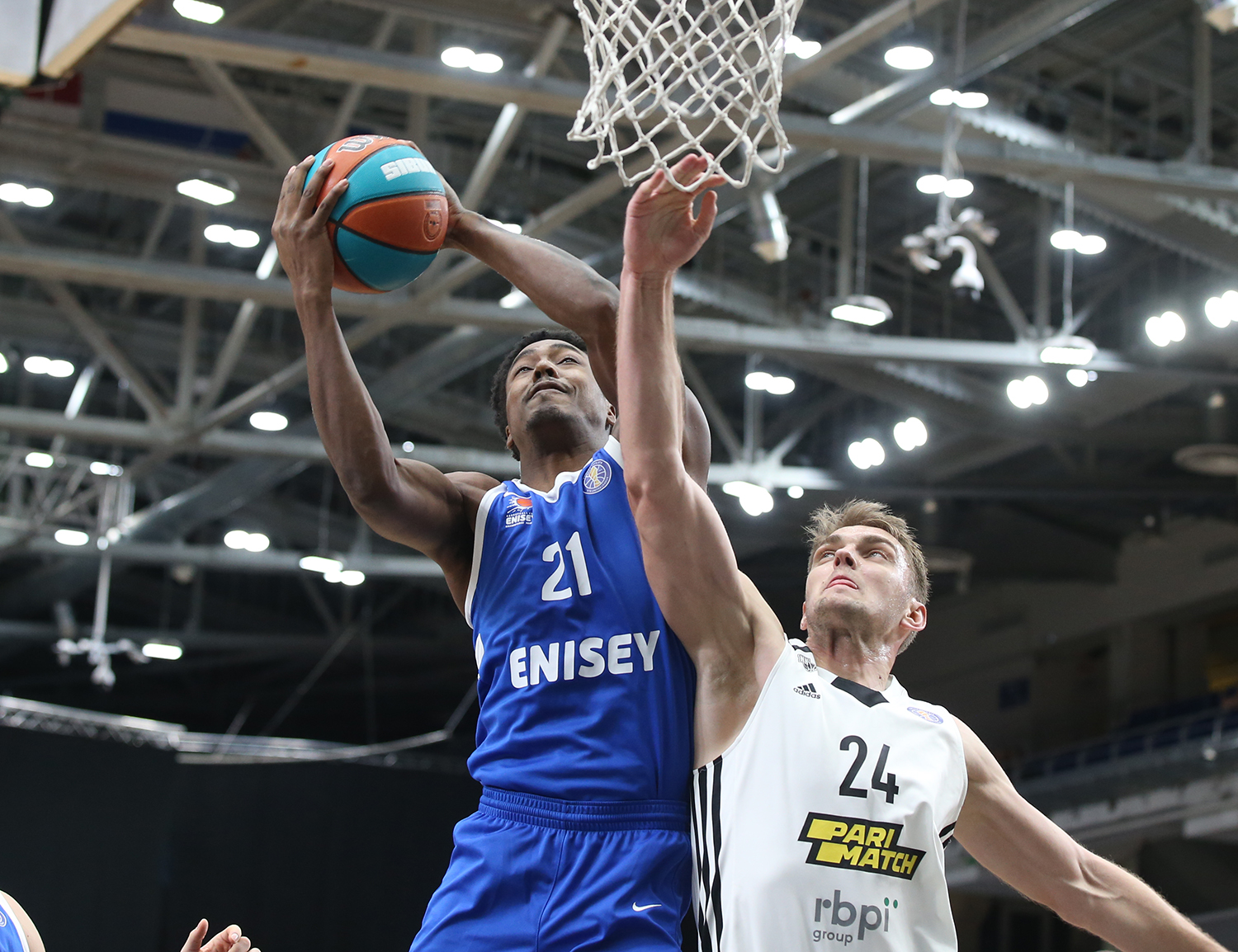 Game progress
The opponents did not approach the game in optimal squads. The coaches of both teams included only 10 basketball players in the roster for the game. The need to operate with a short rotation could not but affect the course of the game.

Both teams had a hard time getting into the game. The Krasnoyarsk team players picked up unnecessary fouls at the start and were too careless in the rebounds battle. Nizhny Novgorod could not score open shots in any way. According to the results of the 1st quarter, the percentage of their shots was simply terrible – 3 out of 18 (16%). This allowed Enisey to seize the lead at some point. The guests left with the 6 points lead – 18:12.

In the 2nd quarter, the Siberian team continued to increase the lead. Darral Willis took over the role of the leader. The forward scored several shots, scored 9 points in a row, and Enisey made a rapid run. By the halftime, the Krasnoyarsk team lead was already double digit – 39:24.

The start of the 3rd quarter was marked by Casper Ware and Vladislav Trushkin. Enisey leaders scored 10 points for two, and the advantage of the became almost twofold – 51:26. In response, the hosts turned on zone defense and began to better shoot their shots. But it didn’t make any difference in the course of the game. Nizhny simply did not have enough strength for a comeback.

Former Nizhny Novgorod players shone in the Krasnoyarsk team. Darral Willis, Alexandr Gudumak and Timofey Gerasimov scored 41 points for three in this game, which made a decisive contribution to the Enisey win. This success allowed the Siberian team to return to the playoff zone, removing Kalev to 9th place in the standings.

Hero
Darral Willis became the Enisey’s key offensive option in this game. The forward made 9 of 12 shots from the field, scored 20 points and became the most resultative and effective (27) player of the game.

Numbers
18 – Enisey won with such difference. This win was the biggest for the Siberian team this season and the largest in the rivalry history with Nizhny Novgorod.

Comments
Zoran Lukic, Nizhny Novgorod Head Coach:
– I congratulate Enisey on a well-deserved win. They clearly understood why they had come. For us, perhaps, it was a key game to get into the playoffs, but today our opponent, not us, looked worthy of reaching the final part. Enisey has a serious rise, they are showing good results, they have made corrections in their roster, and I wish them to be in the playoffs. As for us, we looked disgusting today. It’s not even a stupor, but a kind of image. Yes, there are sick and injured in the squad, but this does not justify this game in the image of some guys.

Drazen Anzulovic, Eniosey Head Coach:
– First of all, I would like to congratulate my team on the win. I am very proud of today’s result, with the problems we faced the day before. Three of our players had a fever yesterday, four more stayed at home due to injuries. And despite all this, we controlled the game for all four quarters. I am proud of my team. 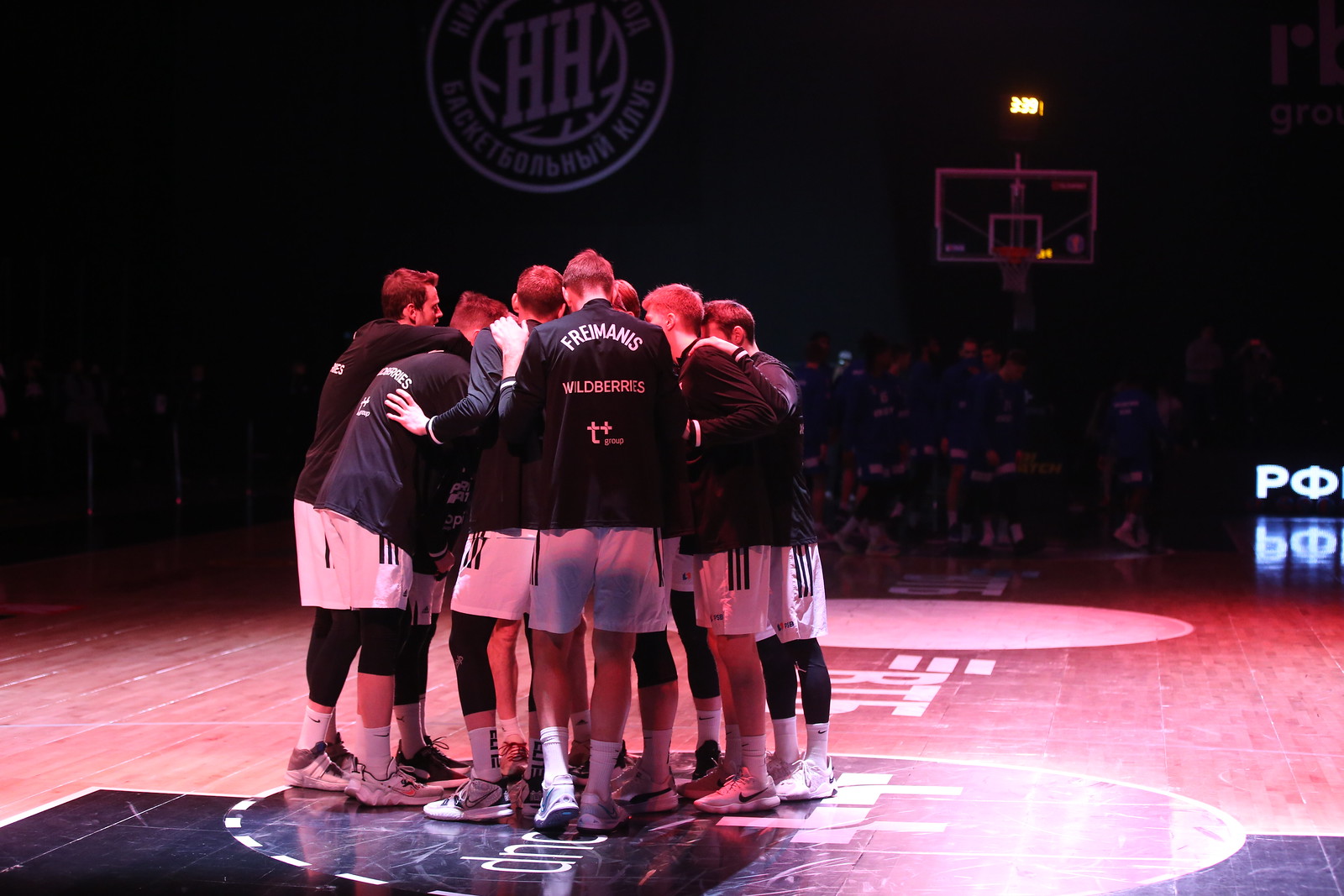