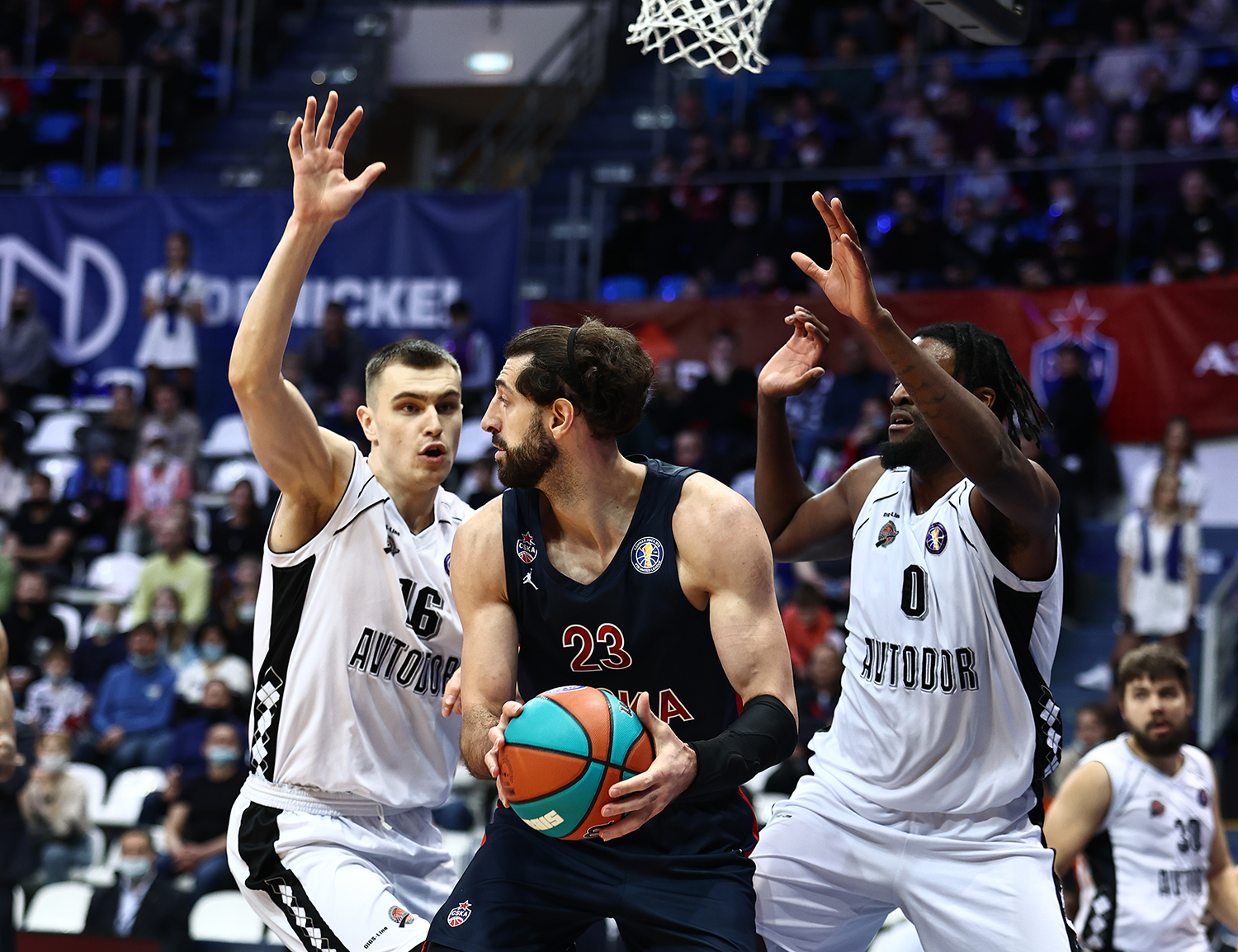 Game progress
The sensational Avtodor came to the game with the longest winning streak in the VTB League, which allowed the Saratov team to finish the year 2021 in 1st place (8-1). CSKA took 3rd place with 7-2.

The Army team took the lead with the help of Tornike Shengelia, and he was supported by Johannes Voigtmann from the bench with two long-range shots. Leading in the League also in 3-point shots percentage, the Saratov team in the 1st quarter answered mainly from the paint. Avtodor responded to Vogtmann’s drive with Evgeny Minchenko activity, and the legionary squad led by Grant Jerrett also got points. Avtodor managed to contain the strength of a fresh and motivated CSKA after the break, but the first 10 minutes still remained for the hosts – 23:17.

In the 2nd quarter, the Moscow team increased the pressure. The Army team continued to beat Avtodor with their own methods: the same Voigtmann, with the Marius Grigonis and Daniel Hackett support, threw 3-point shots  –  13:3 run in 3 minutes and a significant leading by 16 points. Avtodor managed to bring down CSKA courage with Philip Scrubb shots, but it did not work out to reduce the gap by the halftime. CSKA controlled the development of activities and finished the first half with a score 52:36.

The key moment
Shortly after the start of the 2nd quarter, Hackett and Grigonis shots helped CSKA to bring the lead to 20 points. Avtodor was unable to turn the tide of the game, the Army team won back 11 more points in the 3rd quarter and turned the final 10 minutes into a formality.

CSKA stopped Avtodor’s winning streak and extended its own – this was the 4th win in a row. The Army team pushed the Saratov team from the 1st place and there is now the Top-3 in the standings: CSKA, UNICS, Avtodor.

Hero
Tornike Shengelia. The Georgian forward was the most active in the 1st and 3rd quarters, when CSKA crushing the opponent. In 20 minutes, Toko scored 18 points, 4 rebounds and 4 assists with 7 of 11 from the field.

Comments
Dimitris Itoudis, CSKA Head Coach:
– First of all, I wish everyone a Happy New Year and Merry Christmas. Hopefully the whole COVID-19 situation will go away soon and we can breathe freely. As for today’s meeting, we played very seriously, we prepared seriously. Avtodor is the leader of the standings, a team that also ranks first on offense, scoring 91 points on average. Today we managed to keep them at 65 points as a result of our wish and the chosen tactics. Yes, we had some collapses as a result of our aggressive defense, nevertheless, we did not give up open shots, we rebounded well and forced the opponents to commit 14 turnovers. Congratulations to the team.

Emil Raоkovicj, Avtodor Head Coach:
– CSKA won the game convincingly. They outrebounded us, they had 14 offensive rebounds. Their physicality and height played major role in that. I think the break that we had in New Year period did not reflect good on us, we slowed down, this is something we should work on, for the next games we should correct many things. 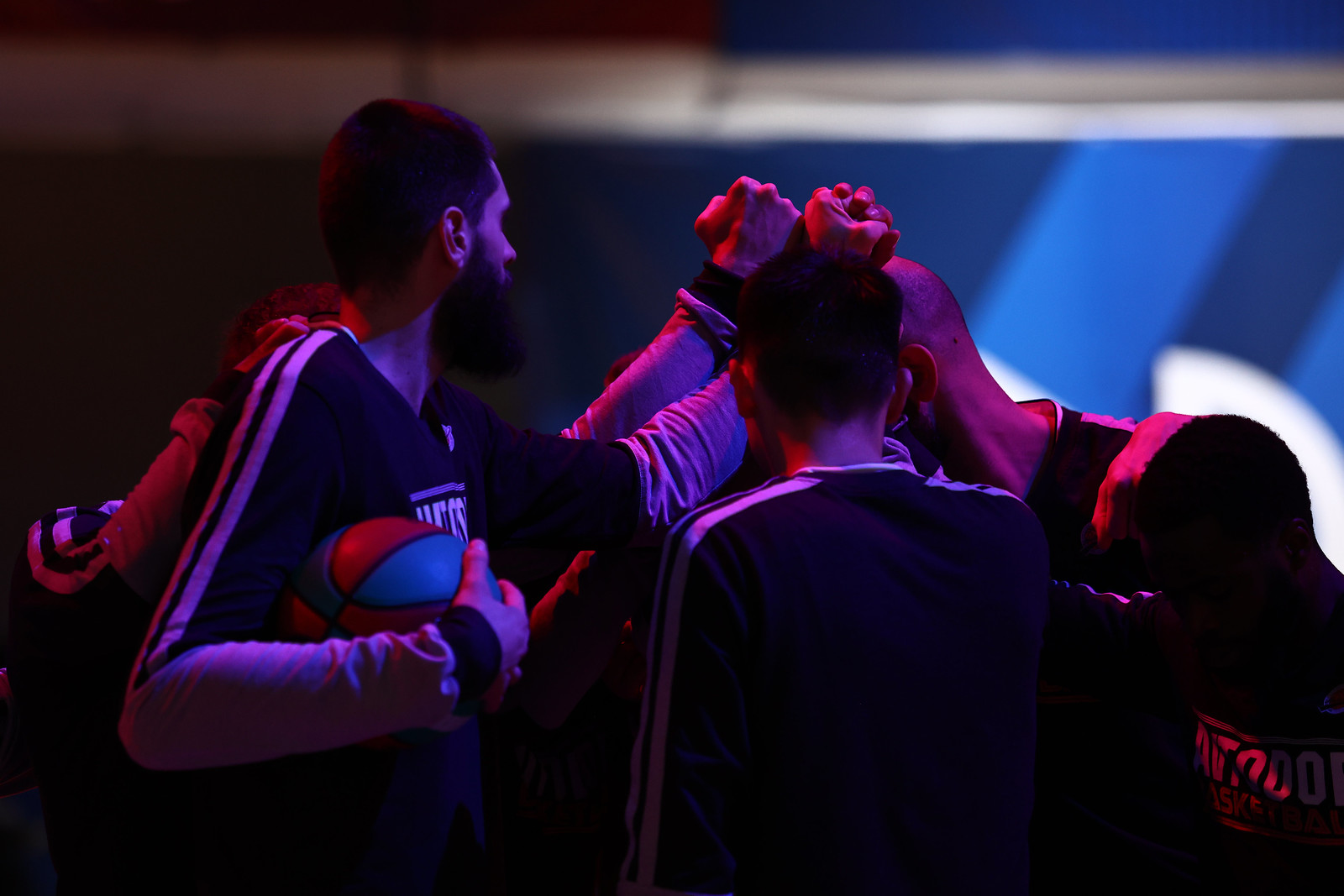