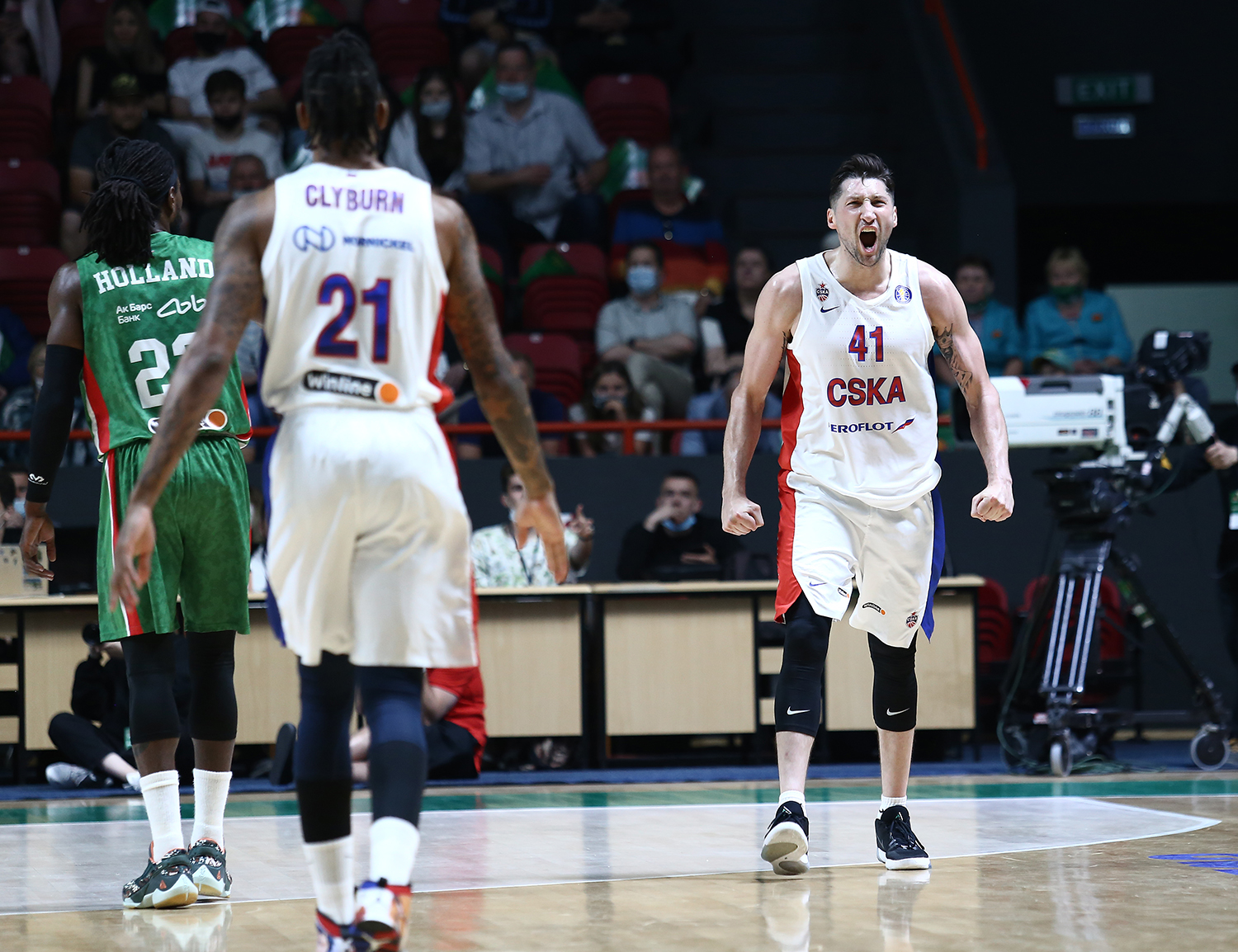 Story
CSKA opened the season series with an 85-77 road win. UNICS showed their desire to get revenge in the opening minutes, taking the lead on three long-range shots from Okaro White.

However, it soon became clear that 3-pointers in the first half would be the Army team’s main weapon: Johannes Voigtmann, Ivan Ukhov and Daniel Hackett quickly put the visitors ahead. Moscow shot 10 of 16 from beyond the arc in 20 minutes and were very efficient not only in that aspect. CSKA outscored their opponent in rebounding, assists and steals. Fully in control on both ends of the floor, the Army team took an 8-point lead in the first quarter and went on to claim victory in the second quarter, 50-33 by halftime.

CSKA hit 10 threes in 1st Half of the Finals Game 2 in Kazan!

After scoring 24 and 26 points in the first two quarters and hitting 3-pointers, CSKA dried up their game in the third 10 minutes. This time, both teams combined for 23 points – 13-10 in favor of the Army team. Moscow aren’t likely to have been upset by their drop in scoring, as their lead reached 20 points (63-43) before the final period.

During the first five minutes of the fourth quarter, CSKA limited the UNICS offense to two shots. At this pace, a comeback by the team from Kazan was out of the question. The Red and Blue confidently went on to win, moving the closest they would get to the cherished trophy before moving to Moscow.

Hero
Johannes Voigtmann. The German was very efficient in his performance, becoming a symbol of CSKA in game two of the decisive series. In just 18 minutes on the floor, the center tallied 16 points (5 of 6 from the field, including 4 of 5 from beyond the arc), 6 rebounds and 2 assists with 20 efficiency points.

Stat
20 is the number of turnovers for UNICS, which twice surpassed its opponent in that regard. The 20 turnovers are also an anti-record for Kazan this season and just the seventh time in League history that a team has had 20 or more turnovers in a game.

Comments
UNICS head coach Dimitrios Priftis:
– First of all, congratulations to CSKA; they played well and played hard. It is evident that they got a great rhythm going. They had an unbelievable shooting percentage in the first half. It’s also obvious that we have a serious rebounding problem on defense: we didn’t take too many balls. In addition, we had too many turnovers for a game of this level. What I mean to say is that we have to play better, be more serious at the beginning of the game. But I can not say that the guys did not try. We tried, but the problem is that we did not get a good rhythm. Now we need to calm down and get ready for the third game.

CSKA head coach Dimitris Itoudis:
– Congratulations to the team on the win. We showed different faces today on defense and offense, but at the same time we were very stable on defense – UNICS couldn’t score even 17 points in each quarter. We’re leading 2-0, but we understand what kind of team we’re up against; they’re playing their second Finals game of the season. And we expect that the third game will be difficult. We are focused, we still have to win the trophy and we think we can play even better.

Next
The third game of the series will take place on June 10 in Moscow. 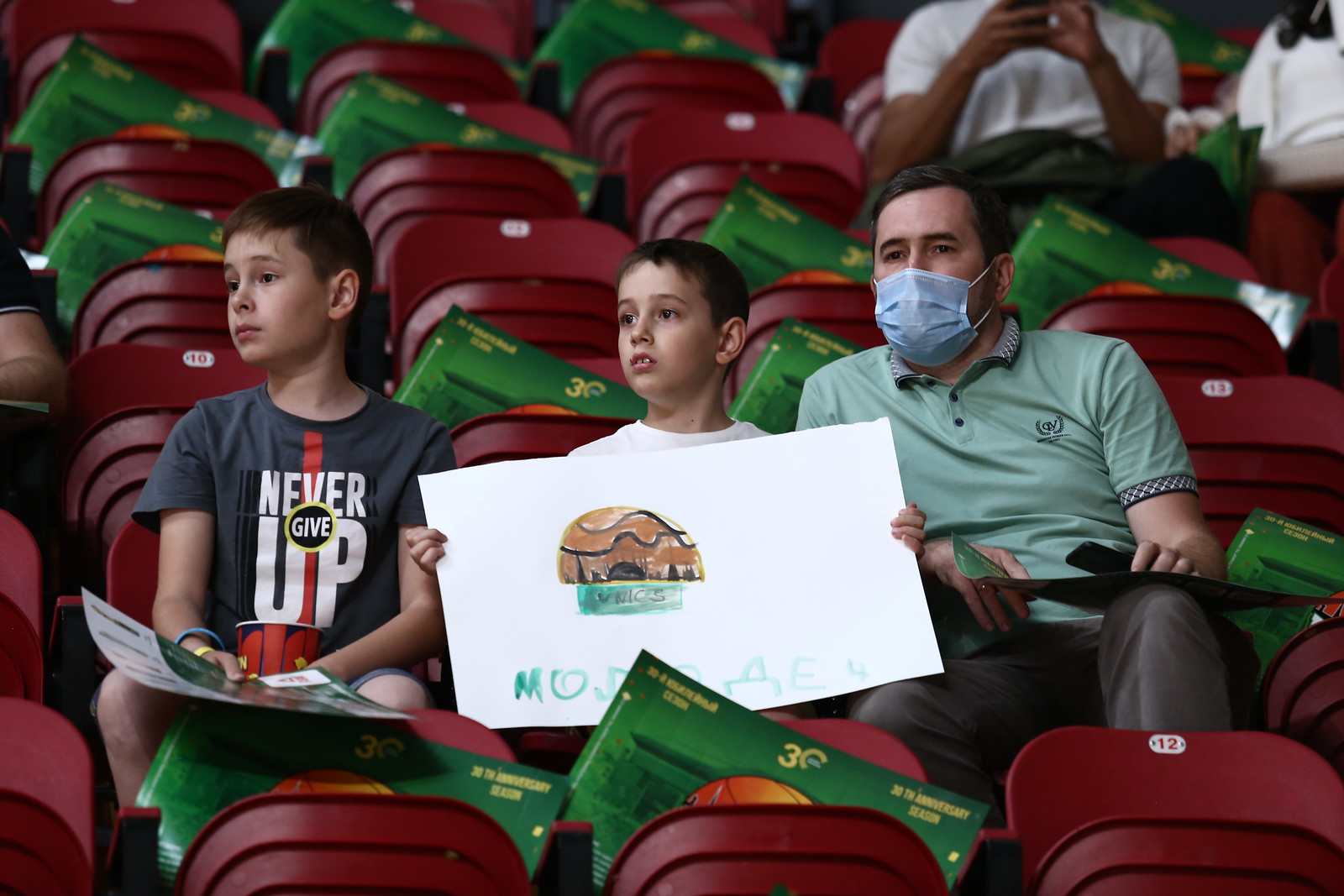