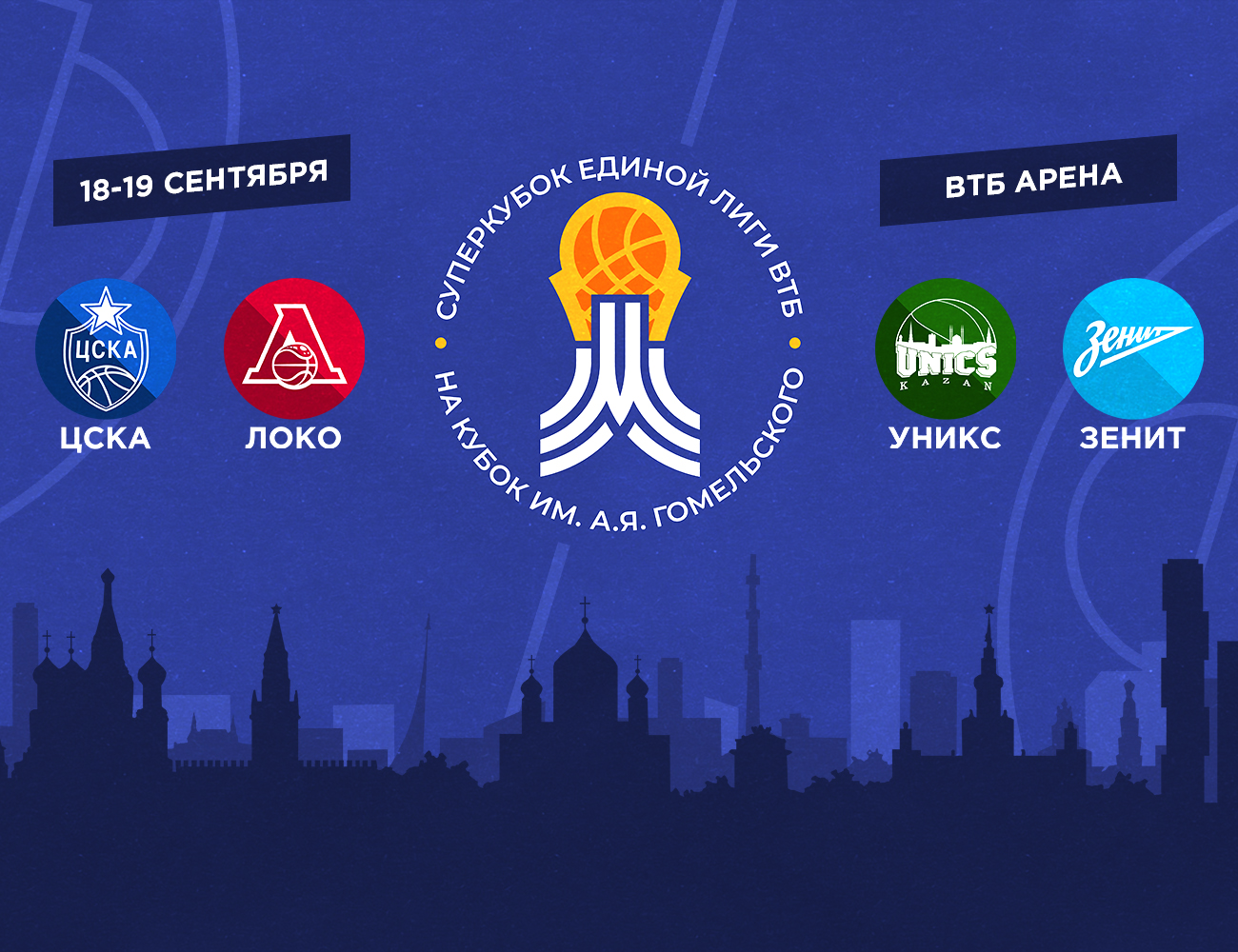 CSKA, UNICS, Zenit and Lokomotiv-Kuban will compete for the first-ever pre-season VTB United League SuperCup on September 18 and 19 at VTB Arena. The tournament will be organized by the League together with Moscow Sport.

The 4 best teams at the end of last season and the League all-star players will compete for the cup named after the legendary coach Alexander Gomelsky.

One of the best player of the League, Alexey Shved, is returning to CSKA, the Krasnodar team will present its updated team, the new UNICS head coach will test his squad sharpened for battles with the top clubs in Europe, and Zenit will prove that it is already ready to become the best team in Russia.

You can’t miss this – basketball is coming back together with the VTB United League!

During the entire time of the SuperCup, an entertainment zone with themed street activities will be opened on the territory of the VTB Arena. It is planned to hold a 3×3 basketball tournament, and children’s sports basketball schools will organize an exhibition where viewers will be able to learn about each school and immediately enroll a child in the basketball courses.

The start of ticket sales for the SuperCup will be announced very soon! You can check up for updates on our social media: Instagram, VK, Telegram, Facebook, Twitter!