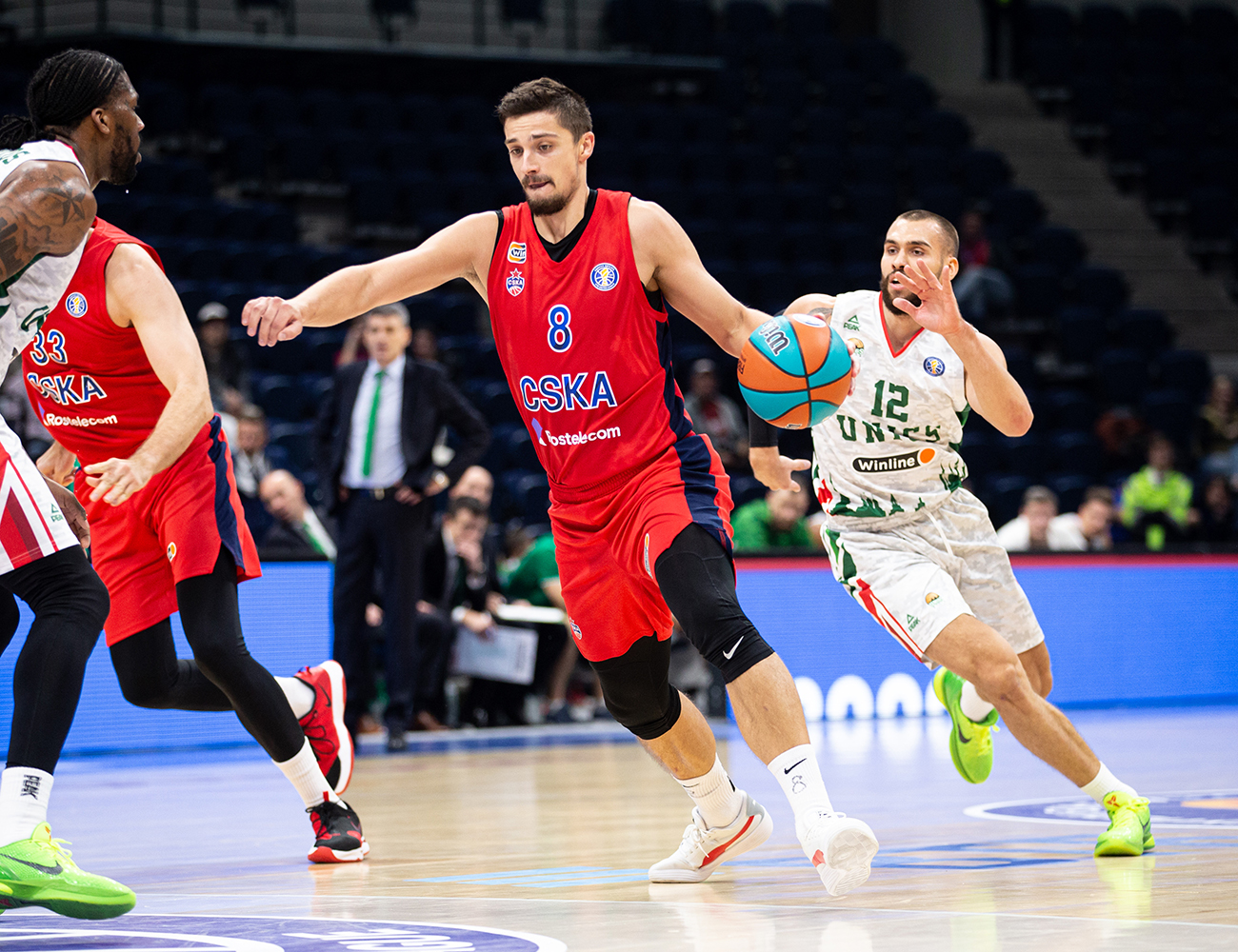 The Super Cup 2022 has started! On Thursday, 2 games were at the VTB Arena in Moscow – here arte the key things about them.

CSKA begins title defense with the win over UNICS

In the summer, both teams experienced a roster update. And if CSKA (even if th team replaced the head coach) managed to keep their old players – Shved, Milutinov, Kurbanov, Ware, Antonov – then 11 new players came to UNICS.

Perhaps the lack of time for teamwork and the search for team chemistry led to a rather low performance in the first half of the game: CSKA was leading with a score of 37:28 by the halftime. At the same time, the Army team had their run at the end of the second quarter, catching opponents on a low shooting percentage and turnovers.

In the second half, UNICS, although it reduced the number of mistakes, failed to beat CSKA defense. During the game, the Moscow team repeatedly had a double-digit advantage and even the Kazan team run at the end of the game did not bring success. CSKA won the first game 76:71 and made a serious step to reach the final of the tournament. 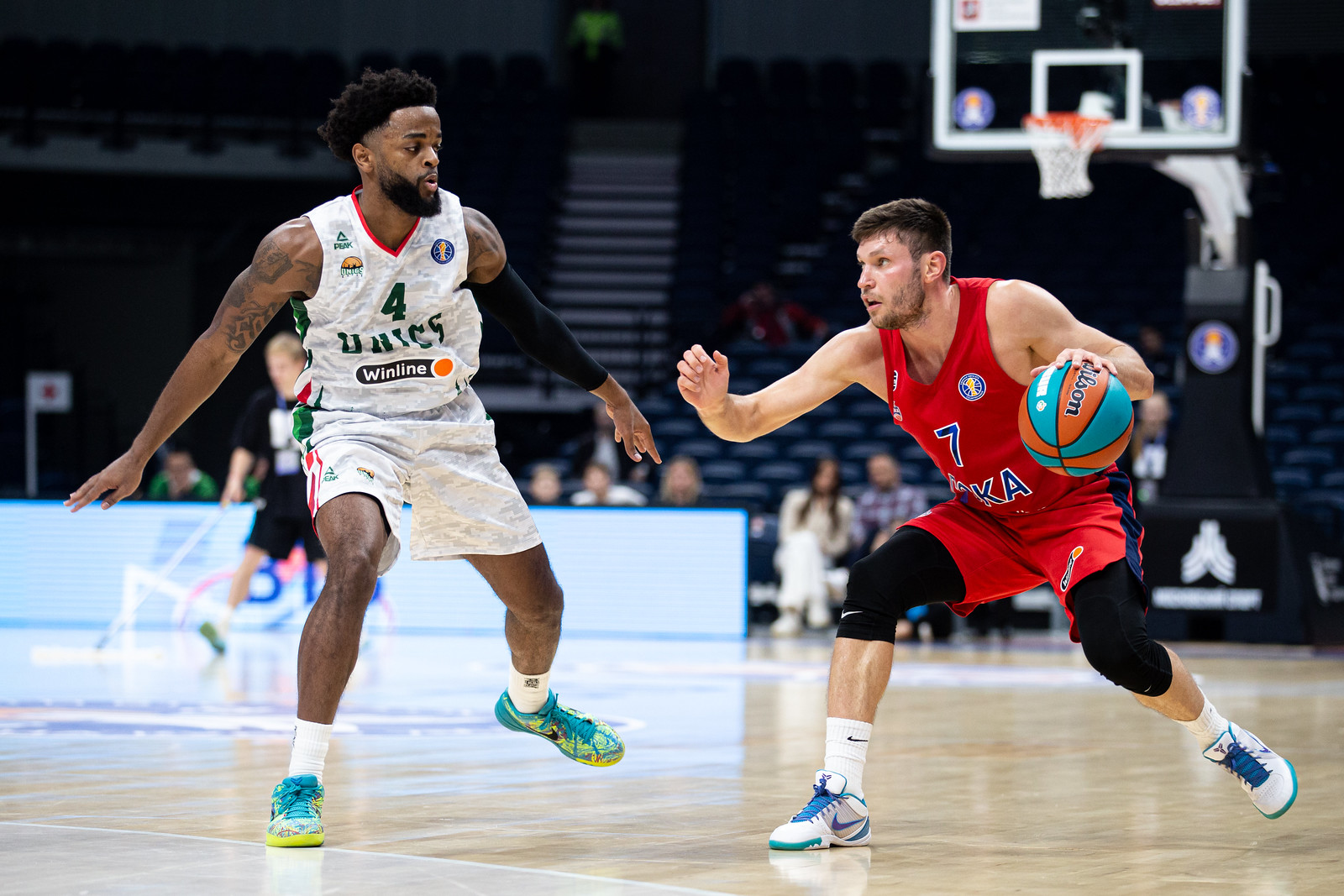 Alexey Shved has already returned after breaking his arm in the Finals and even took part in CSKA games this preseason. However, just before the start of the Super Cup, he was ill. In his absence, Astapkovich, who moved to CSKA this summer, had the role of the Emil Rajkovic’s team offencive leader. Or it would be better to say, he returned after a 4-year absence – after all, the forward was in the youth team and began his professional career.

Anyway, in a difficult and not the most productive game with UNICS, Anton showed that he was ready to be in the leading positions in CSKA. In his debut Super Cup game, he was the best in his team in points (18) with a high percentage (8/15 from the game), rebounds (9) and minutes played (28.5), adding 3 assists to this stats.

Our loss was made up of little things

UNICS newcomer Louis Labeyrie once again reminded after the game how important to pay attention to details:
– Today we didn’t play well enough to win. Nevertheless, in the fourth quarter we had chances to win. The result of the game was made up of little things. We will learn a lesson from this loss and come fully prepared for the next game.

Loko youth failed to fight against Zeljko Obradovic and Partizan

The most experienced Serbian club came to the Super Cup in a fighting squad and in the first game showed its desire to win the tournament. In the game with Loko, Partizan led by the famous coach Zeljko Obradovic, celebrated a confident win – 92:70.

But it is hard to say that Loko with a large number of young players in the roster surrendered. Loko hadd a good game with the guests from Belgrade almost before the halftime and only at the very end of the 2nd quarter Partizan got the advantage and created a 9-point lead.

But then the experience was stronger than youth. And if immediately after the halftime the Krasnodar team seemed to come back to the game, then by the middle of the 3rd quarter Partizan lead reached 13 points. As a result, neither Jaylen Barford’s 19 points nor the fight for the rebounds by the League best young player of 2022 Andrey Martiuk saved Loko – the Serbian team kept the advantage. 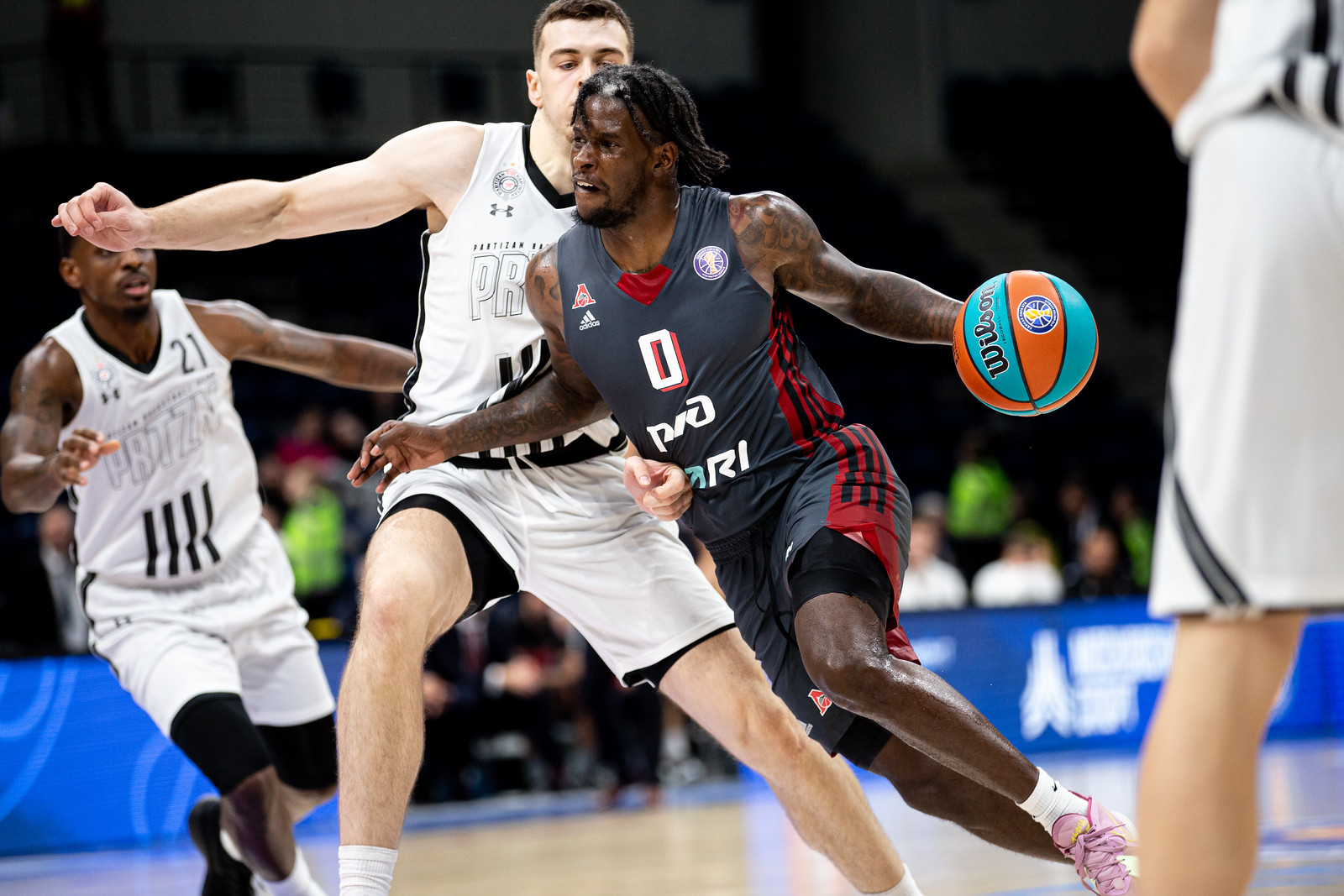 At the end of the game, Lokomotiv Kuban made another comeback attempt, but eventually let the opponents win the game by 22 points. Immediately 5 Partizan players finished the game with 10 or more points scored.

Photo of the day 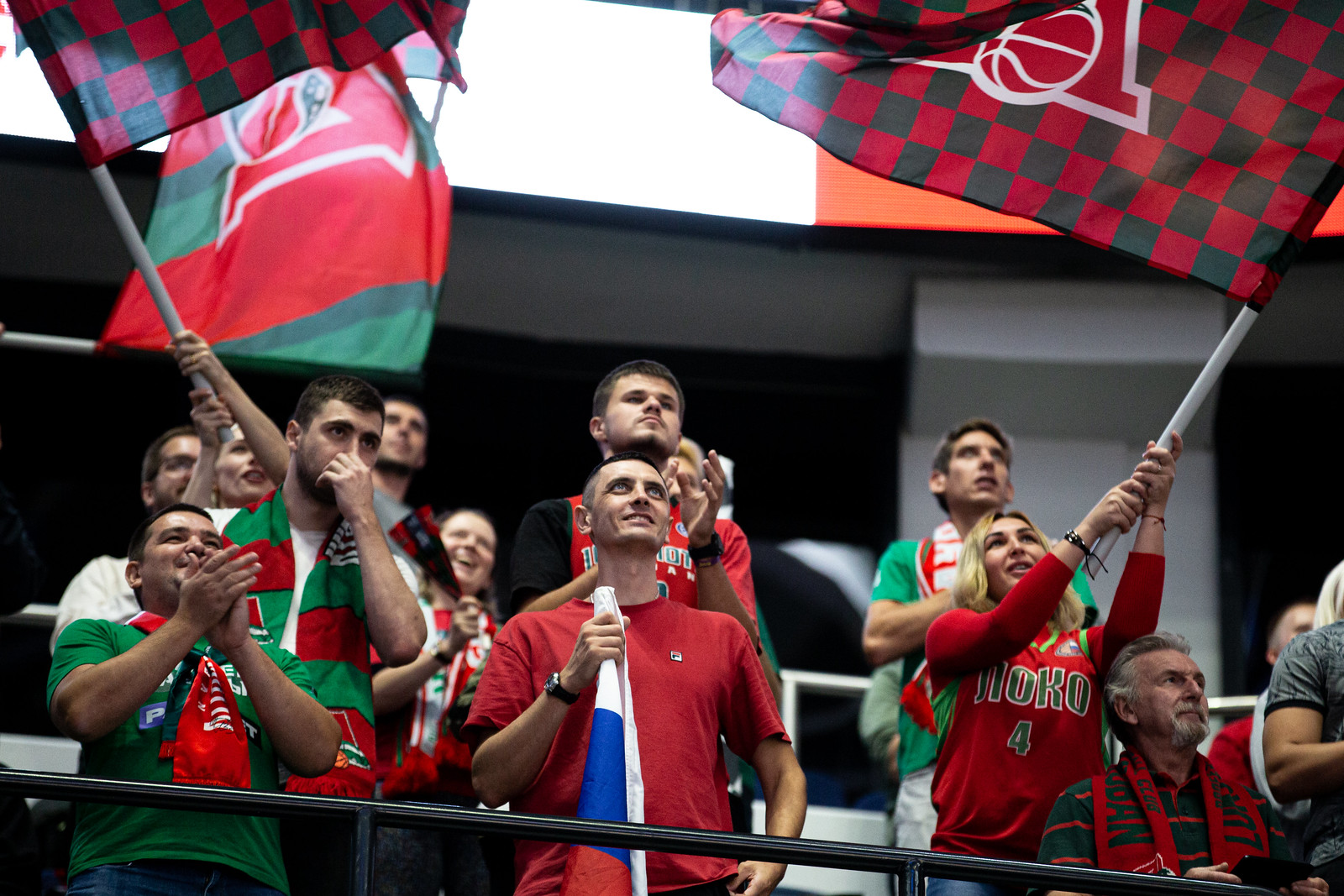 Jalen Reynolds became the best scorer of the Super Cup first day. UNICS center controlled the offense and finished the game with 20 points, scoring 2 3-pointers at the same time.
In second place is Jalen Barford from Loko: 19 points and 8 of 15 from the game.
Anton Astapkovich was 1 point behind him, who, by the way, also made 8 out of 15.
17 points socred Partizan centerTristan Vukcevic. Interestingly, he spent less than 16 minutes on the floor, but made only 1 miss (6/7 from the game).
Danilo Andusic completes this Top-5: PARMA-PARI and UNICS ex-forward, now playing for Partizan, scored 16 points against Loko. 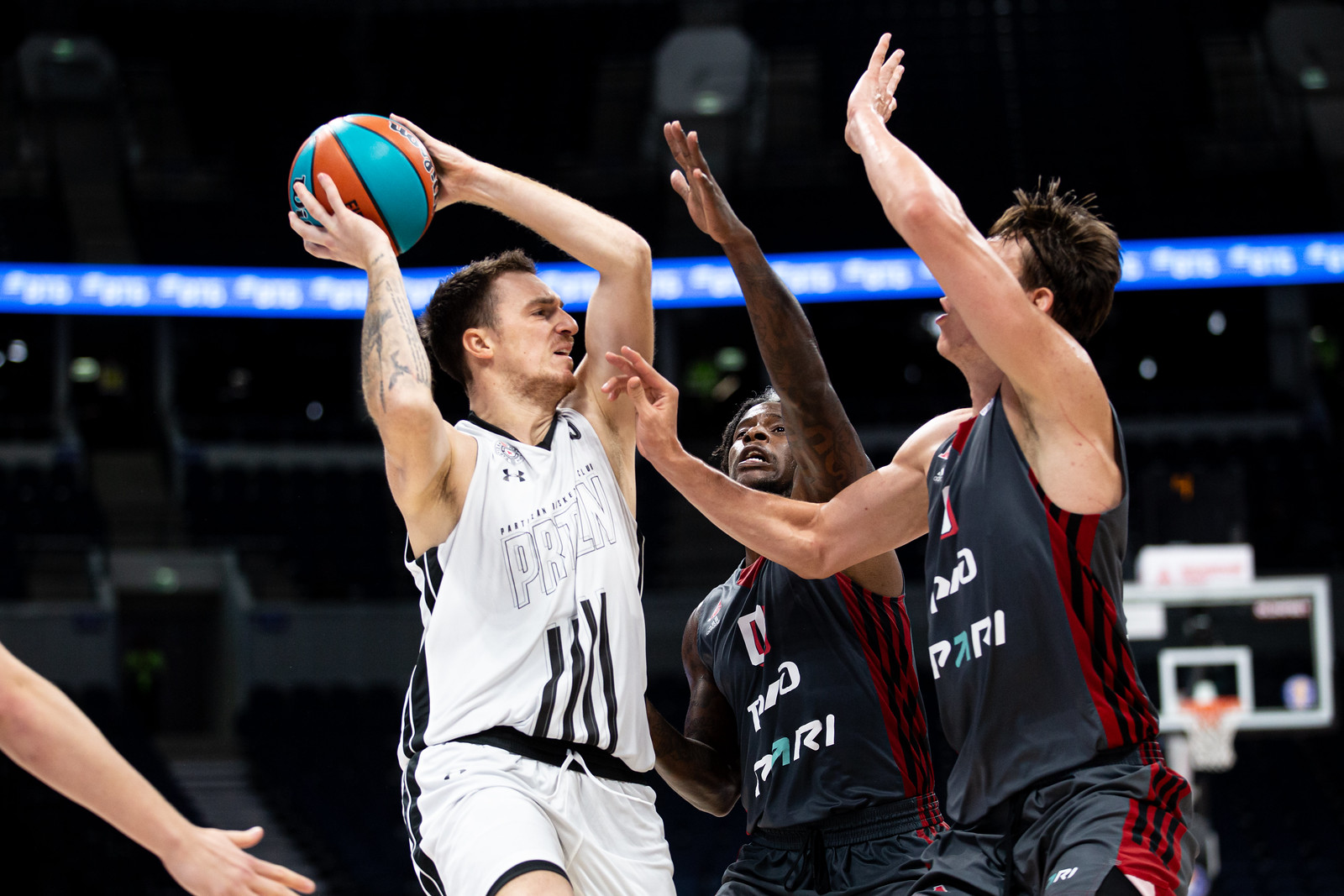