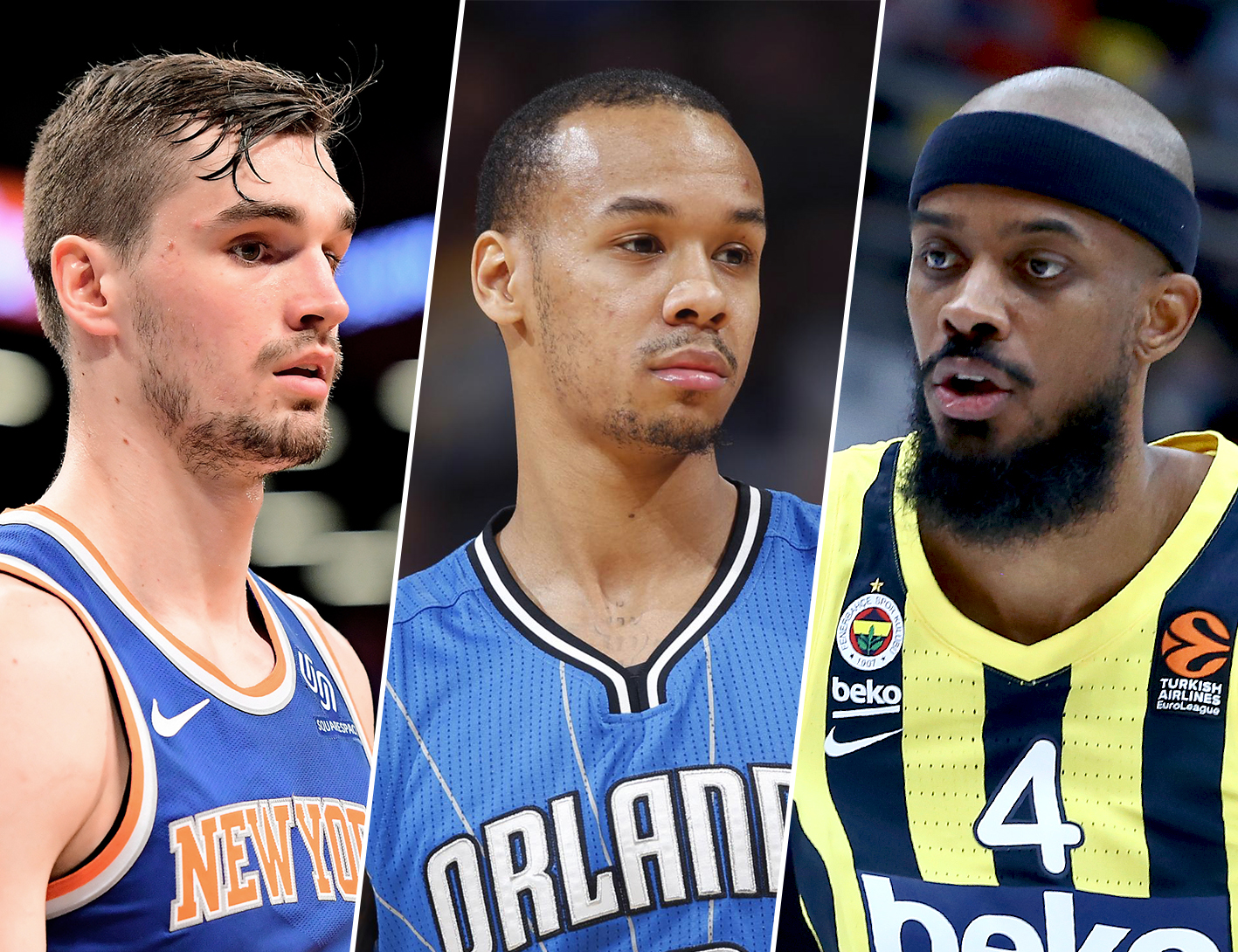 Summer is gradually coming to an end, but there is also good news: along with the best time of the year, the offseason is also coming to the finish line. With the approach of the new season, the lineups of most teams are already known. We are going to tell you about the latest transfers of the League clubs. 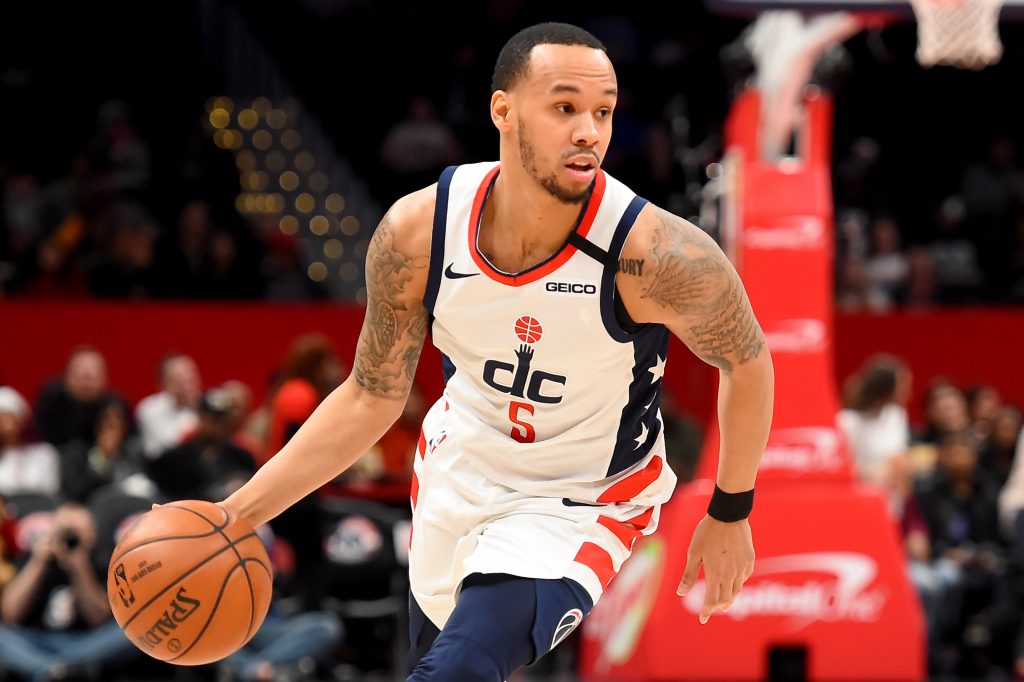 After a breakthrough season, Zenit retained the roster and extended the contract with Xavi Pascual. The key issue of the off-season for a long time remained the hanging position of the point guard. Kevin Pangos was one of the main creators of success, but this summer he set out to try his luck in the NBA. The problem was compounded by the fact that there are almost no elite-level point guards corresponding to the ambitions of the blue-white-blue players on the market. The St. Petersburg team still found a very interesting option, persuading Shabazz Napier to move to Europe.

In 2014, LeBron James called him his favorite player in the draft. The 2-time NCAA champion and the MVP of the Final Four, failed to realize all the expectations in the NBA, but still showed himself well as a reliable backup playmaker, scoring 7.1 points and 2.5 assists in 345 games. Variable in offence, able to organize the game of the team and implement coaching ideas on the court, Napier is able to adequately replace the Canadian in terms of talent and skills. The question is how well he adapts to European basketball and whether he is ready to take on the role of a leader. Zenit fans hope that Shabazz will not follow the sad example of another point guard of the blue-white-blue with a rich experience of playing in the NBA, Brandon Jennings, who lasted only a few months in the team. 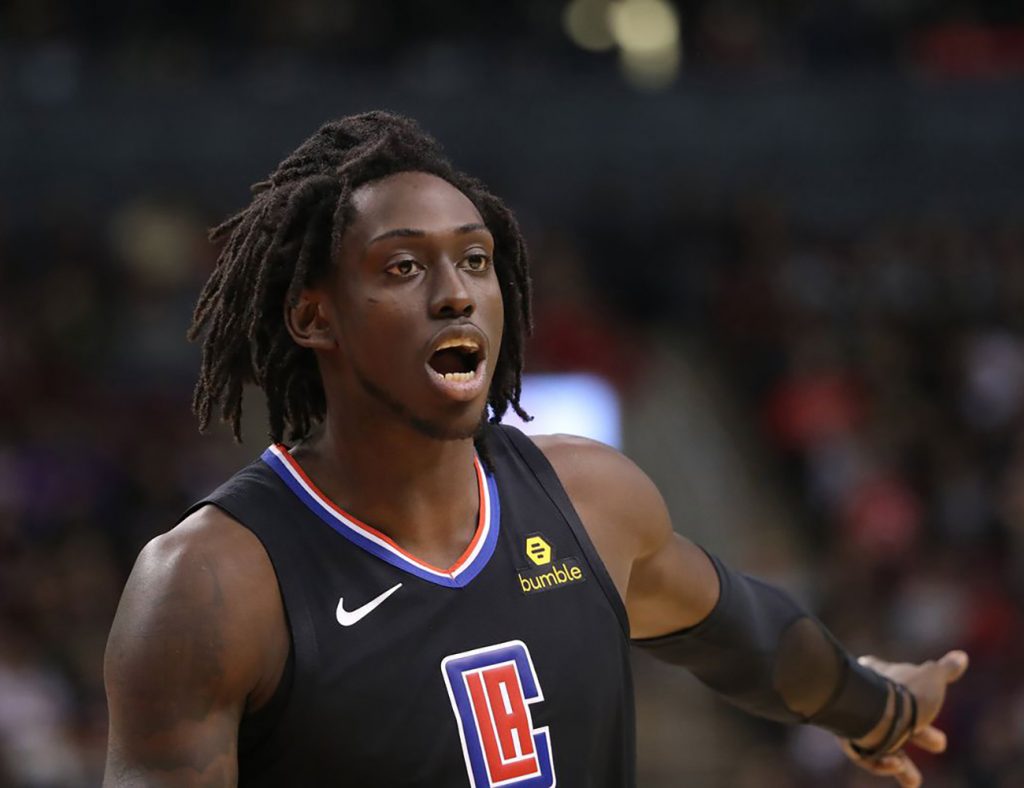 In the new season, Loko will have an impressive front line, which will become much more diverse after the arrival of Jonathan Motley. A power forward is able to attack from a distance, stretching the defense, but most of all he is dangerous under the rim, where due to excellent footwork, he systematically deals with opponents and confidently completes offensive plays with different levels of resistance. A high-skilled Motley can perform as point forward and stretch five in the small line-up. Evgeny Pashutin will have the opportunity to constantly guide Loko line-up through the paint, using various combinations, speed modes and threat options taking into account the presence of Alan Williams/Reggie Lynch and Gregg Whittington on the roster.

After a season in the NCAA, Zahar Vedischev returns to Krasnodar. According to Evgeny Pashutin, Zakhar developed his offensive skills, and the ability to reveal opponent’s defense with passes and at the expense of shooting was present in his arsenal initially. Spending 2 seasons for the team (2018/19 and 2019/20) and making good performances in some games, he will try to find his place in the rotation and become stable. 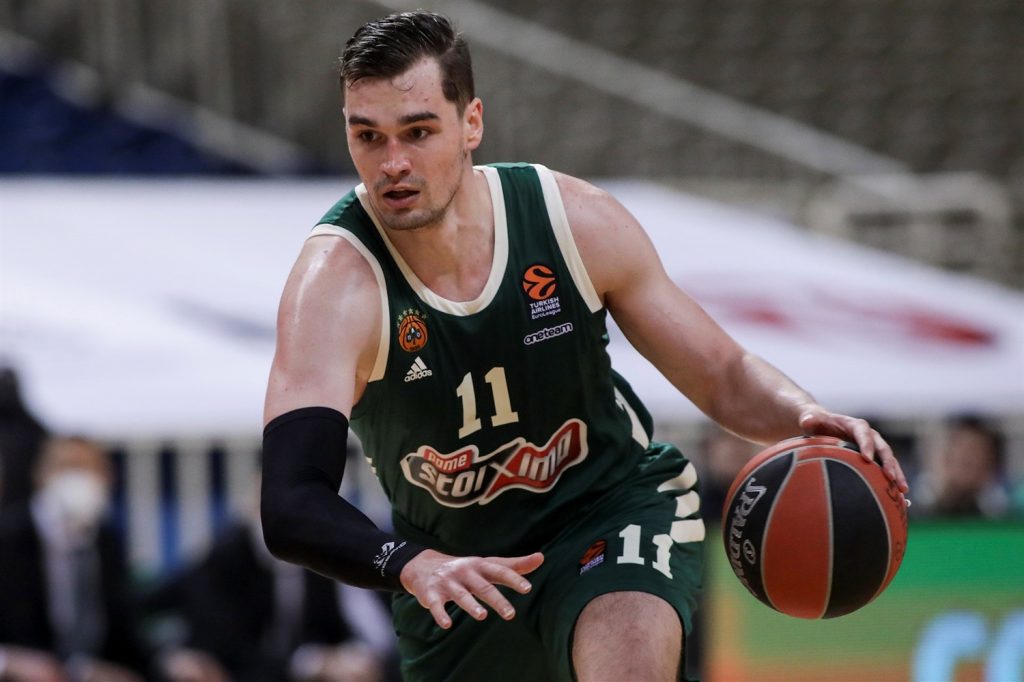 July was a key month for UNICS, which formed the roster of the new team after the appointment of Velimir Perasovic. It turned out quite well. The signing of the Kazan team of Mario Hezonja has become one of the most notable transfers of at Russian off-season at least. In 2015, the Croat was named among the best NBA rookies, he was selected under the 5th pick. Mario did not manage to fully realize himself overseas – he became only a role player, getting an average of 6.9 points and 3.1 rebounds over five seasons. Upon his return to the Euroleague in the middle of the 2020/21 season, Hezonja recalled why he was considered a top player with a great future. A powerful first step, followed by an unstoppable pass, backed up by the ability to put the most difficult shots and earn fouls, the ability to create an opportunity for a shot, a suitable 3-point shot, support for a quick break – the athletic Super Mario on European courts is a real scoring machine. He is ready to decide the fate of games on a daily basis, UNICS has found a new leader and a star that the audience will go to. Having released coach Dimitris Priftis to Panathinaikos, the white-greens eventually received a decent compensation from Athens.

Jamar Smith left Kazan this summer, but another person with a common surname in the United States, Lorenzo Brown was taken in his place. This guard also has common skills for American “small guys”, similar to the functionality of Jamar: he scores points, carries the ball and participates in the offence, plays pick-and-rolls and threatens from a distance. A younger and more athletic version of the Kazan fans’ favorite claims to play an equally important role in the team.

Zenit decided to refresh the front line this summer, as a result of which Will Thomas was cut, which caused confusion among many fans. Despite 35 years, the reliable forward did a huge amount of work and was as useful as possible on both halves of the court, adequately fighting with opponents of Mirotic’s level and realizing 41.9% from behind the arc in the Euroleague. A very good signing for Kazan team.

The transfer of Tonye Jekiri completed the main part of the creation of the new UNICS. The Nigerian (213 cm) has a limited, but useful set of skills: he defends the paint, picks up and falls into someone else’s paint on pick-and-rolls, getting points in the immediate vicinity with the rim. Rumors about the uselessness of the “classic center” are still greatly exaggerated.

Evgeny Valiev arrival is designed to strengthen the rotation of the white-greens. Russian forward is known for his dedication and willingness to work out his minutes as much as possible in defense and carefully take advantage of chances in offence. 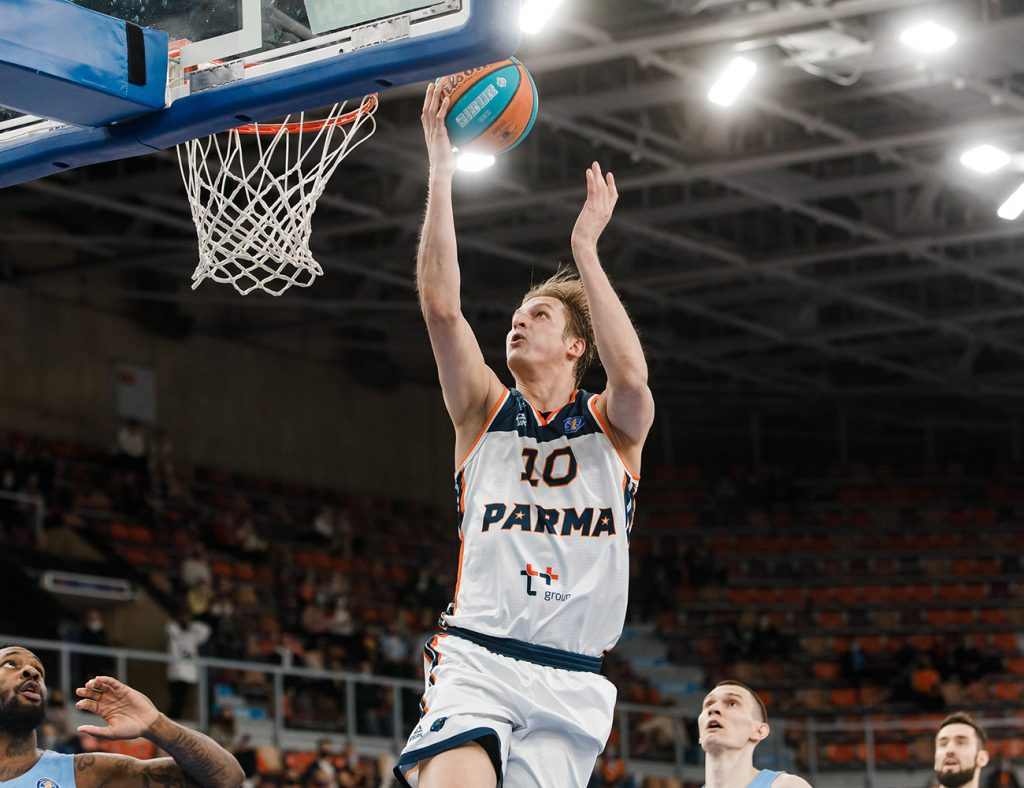 While the fans are waiting for transfer bombs from CSKA, the Army team has strengthened the front line with the executive hard worker Vladimir Ivlev. Due to the fulfilled schedule, injuries and a pandemic, faced a shortage of players more than once last season, and now they have decided to play it safe. There is no doubt that the Russian national team center will work one hundred percent of his minutes that the head coach will entrust. 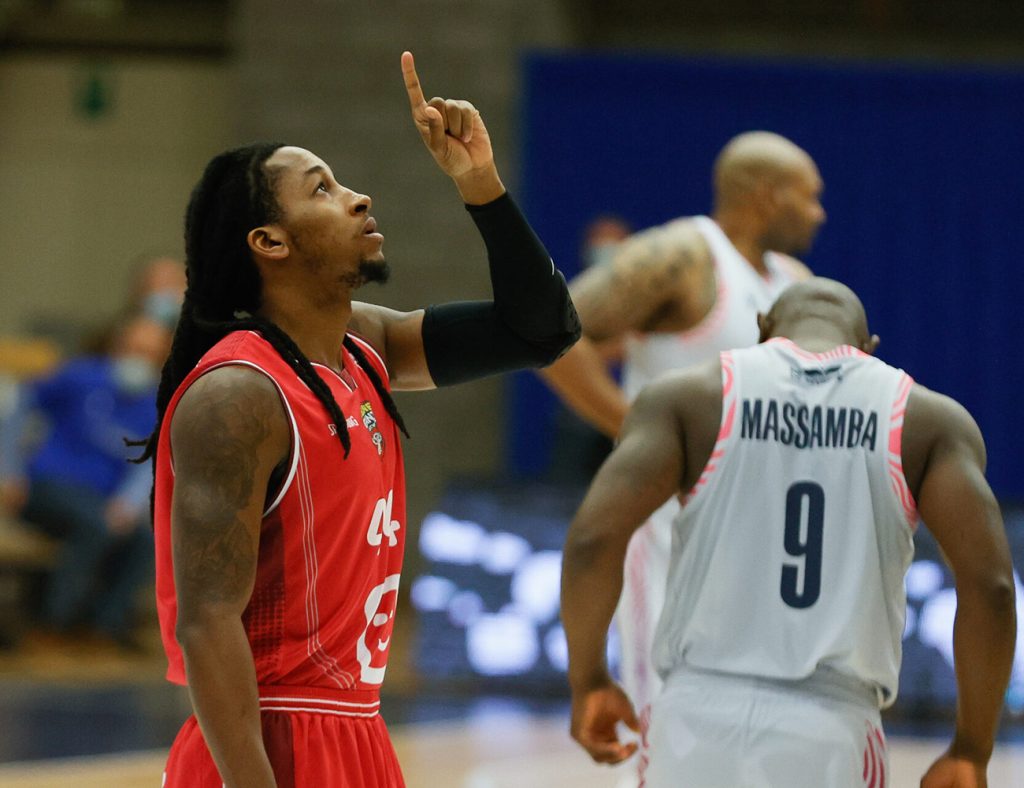 In June 2020, Nizhny Novgorod signed a little-known point guard Kasey Shepherd. American finished the season as the MVP of the Champions League playoffs and in the first symbolic five of the European tournament, and he was well-known in the League. After releasing Kasey, black and white will try to repeat such move with another point guard from the USA – Speedy Smith. Speedy played 8 games in the VTB League for VEF in 2015, and then played in the Hungary, Belgium, Israel and France. Zoran Lukic knows how to find and reveal talents – let’s see if it will work this time.

And yet, Nizhny pleases fans with the signings of established basketball players. One of the leaders of the team promises to be Rolands Freimanis – the sixth man of the League, the third most effective and second most effective player of the League last season. When Freimanis catches courage, it is extremely difficult to stop him. Lukic assures that the Latvian “big guy” will develop the achieved success in the new season.

Mikhail Kulagin transfer from Enisey looks perspective. Mike is a talented scorer, from whom Russian fans have been waiting for reaching the next level. Nizhny is a well – known team of successful reincarnation of local basketball players. The Serbian coach assured that he had already discussed the issue with Mikhail and knows how to reveal his skills. 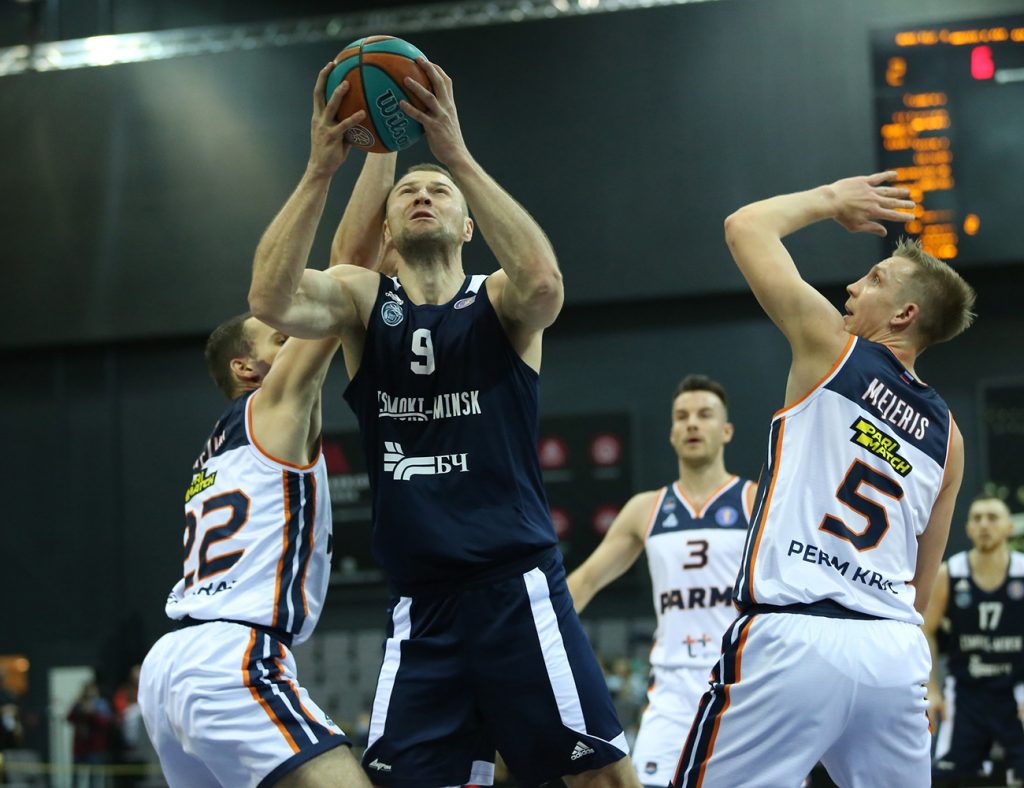 PARMA has strengthened the squad with two veterans with extensive experience in the VTB United League- Artiyom Parakhouski and Evgeny Voronov. The Belarusian center successfully returned to the League last season as a Tsmoki-Minsk player, after which he received a call-up to the Spanish ACB. The overall bigman does a lot of work and still forces opponents to pay attention to himself, appearing in the paint. Evgeny Voronov, who have played for all Russian top teams, moves to Perm. A very useful defensive specialist successfully fits into PARMA roster. He always plays with 100% dedication, giving all his strength in the game. The sincere and grateful Perm audience should appreciate this approach. 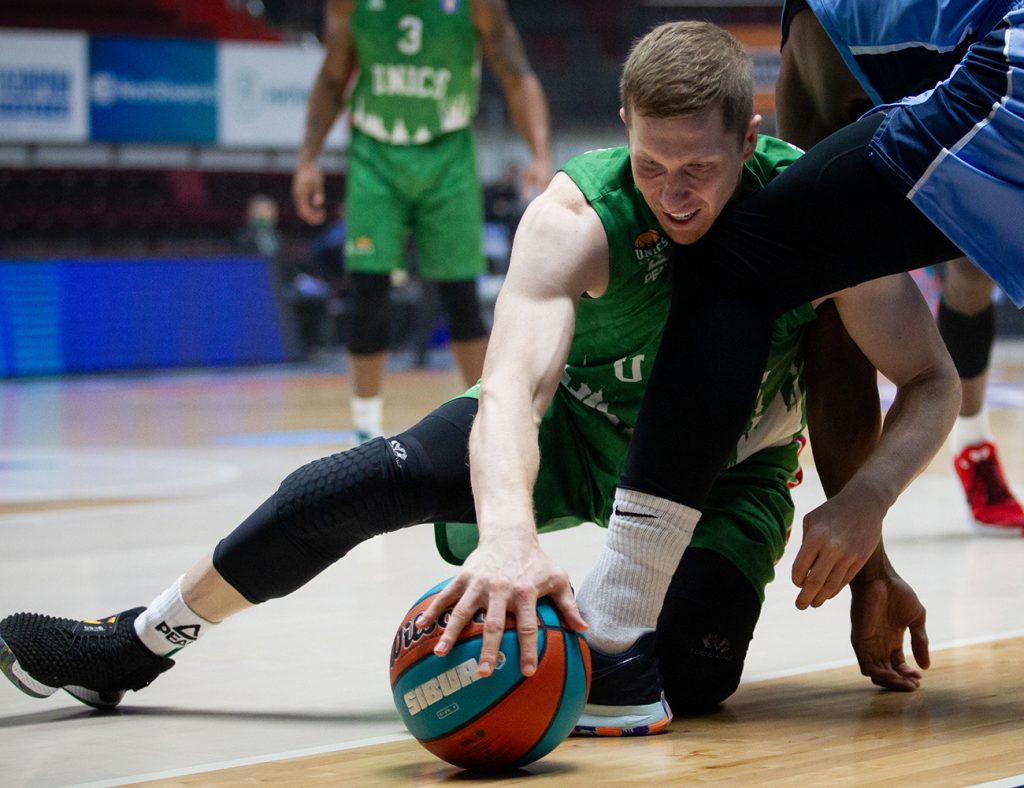 Avtodor has parted with several key players of last year’s roster, but has not yet shown activity on the free agent market, limiting itself to signing ex-UNICS players Yevgeny Kolesnikov and Pavel Sergeev. In the middle of the tenth, Evgeniy was the captain of the Saratov team, and now he is returning to the club as a well-deserved veteran to become a mentor for Avtodor’s talented young players. The Russian’s role will not be limited to this: he is still useful on the court and will certainly get a permanent spot in the rotation. Sergeev, who made 52.2% of 3-point shots last season, should not get lost either.

In the transfer market, Saratov team are still in a wait, but the club has decided on a new head coach-Emil Rajkovic. In the 2018/19 season, Emil achieved the highest result in the history of Astana, when he led the team to the 6th place in the VTB United League with an indicator of 57.7% of wins, deservedly receiving the “Coach of the Year” award. According to Vladimir Rodionov, Rajkovic lives basketball 24/7 – it brings results. The Macedonian specialist is able to create interesting teams without having serious resources, but squeezing the absolute maximum out of well-chosen players. Perhaps this will be the formula of success that will allow him to stay the head coach of Avtodor for at least one whole season. 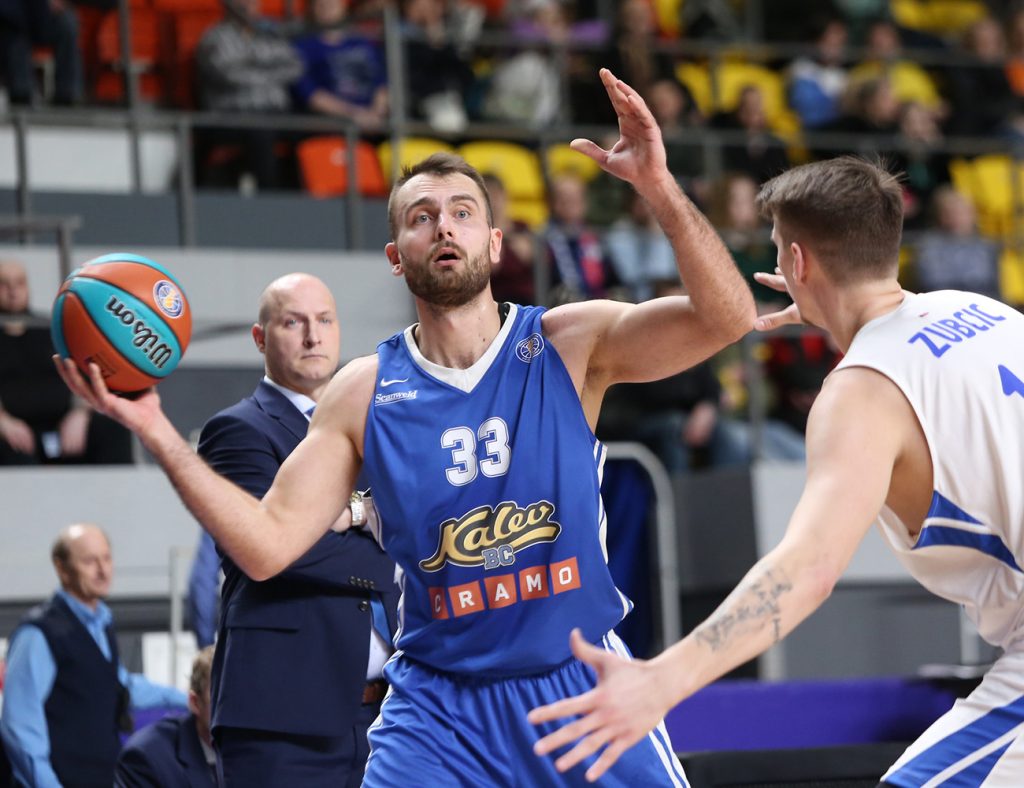 Serious changes are taking place in Kalev. Estonian team, which is traditionally distinguished by bright point guards, has signed JeQuan Lewis for an important position. This American fought for a place in the Milwaukee Bucks team in 2017, then played in the G-League and finally moved to Europe in 2018. Lewis has the main qualities that are required from a point guard at the Tallinn team: a fast, if not lightning-fast legionnaire is always ready to develop a quick break, as well as to deliver the ball to the rim with his own hands or with the help of teammates.

Lewis’ backcourt partner will be Silas Melson, who also has 3 years of experience playing in Europe after the NBA G-League, and also have outstanding quickness. Melson is distinguished by a killer crossover, jumping ability (dunks of the 193-centimeter American look impressive) and aiming at the shot.

Another newcomer of Kalev is Kamari Murphy, who, like his new teammates, played in the G-league, and then moved to Europe. Kamari can punish from a distance and willingly runs into quick transitions, but the greatest danger is under the rim. The athletic and emotional bigman most of all likes to deliver the ball to the basket with powerful dunks with authority  – up on the rim in the style of a young Shaquille O’Neal.

After a good season in the Lithuanian Rytas, Estonian national team forward Christian Kitsing returns to Tallinn. As in the 2019/20 season, the participant of the 3-point contest at the VTB League All Star Game in 2019 will become one of the key players of Kalev.