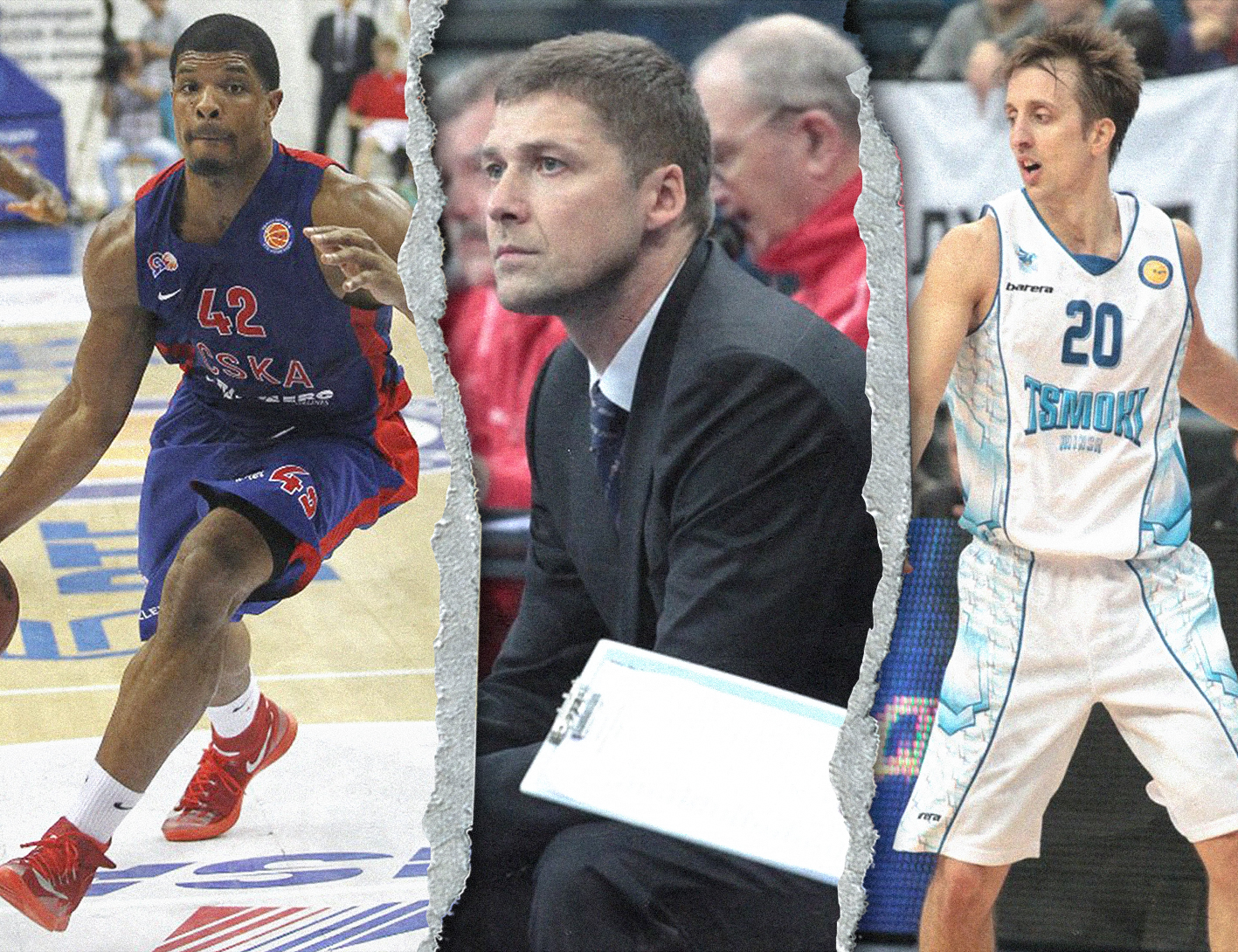 Center joined CSKA with Euroleague titles. Kyle emphasize versatility and willing to guard any opponent on the court as his best skills.

Hines wasn’t team’s first offensive option and didn’t have impressive stats in the League. However, his defensive skills and understanding of the offensive fundamental principles let CSKA take a new level. Mirkovic is a veteran, who decided to move to another championship after 7 years in the League too. However, Branko entered 2013/14 season brightly: was one of October assists leader and helped Tsmoki take 4 wins in 6 games.

Nevertheless, then he had a bad streak, thus his stats went down. His best game was in the very beginning of the championship, he scored 27 points and gave 5 assists against Neptunas (91:90).

By the way, Mirkovic lacks only 4 assists to outpace Milos Teodosic and become 3rd best assisting players in the League’s history. Forward has been playing for Loko since 2017, but started his League career in Khimki: spent 7 games in 2013/14 season, scored 5 points against Krasnye Krylia.

It’s explainable: When season started Ilnitskiy was only 19 and forward was playing for Khimki-2 in VTB League junior. Stanislav averaged 23 minutes on the court there, 10.6 points and 6.3 rebounds. The Lithuanian started coaching career in Khimki in the middle of 00-s, he was part of the coaching staff as scout and interpreter. Later, Kairys underwent coaching training in San-Antonio, NBA. Tsmoki debut was impressive: for the first time in 3 seasons in VTB League the team started with 4 wins in 6 games, and held in the play-off zone.

However, since November they have had a bad streak. Although the start of the season and EuroChallenge successes was good (Tsmoki clinched EuroChallenge play-offs for the first time), club management decided to dismiss specialist.

In 2018/19 season Kairys led Kalev to their first play-offs, and in winter 2020 headed Avtodor. Actually, after this season the Lithuanian specialist used contract option to leave the club and head Rytas Vilnius. In 2013 Liutych moved to Tsmoki from Siauliai and was considered one of the most promising Belarusian players. But under Donaldas Kairys coaching 21-year-old guard couldn’t prove himself: he scored more than 10 points only vs Astana in February, giving out 6 assists that night.

Liutych spent 7 seasons in the League, the best was 2016/17 in Kalev: he was averaging 14.7 points and 3.8 rebounds. This off-season the Belarusian decided to leave Tsmoki-Minsk and join Russian team from Superleague-1. In the beginning of the season 23-year-old forward hadn’t got many minutes on the court but then Krasniy Oktyabr coaching staff started to trust Komissarov more time. Thus, in the middle of January Artem played almost 27 minutes against Triumph and scored 10 points.

In the end of the season Komissarov played 3 games against for Krasniy Oktyabr-2 in VTB League junior averaging 22.3 points and 6.3 rebounds. After it, tried his best in VTB League play-offs playing in the series against Loko. Igor Kanygin – is Krasnodar basketball school graduate. Since 2013 till 2016 forward has been playing for Loko junior, but played in first team. Kanygin did his part in beating Turov (103:73) and had 2 points and 4 rebounds, and moreover played against Krasniy Oktyabr in play-offs.

During Summer-2016 forward moved to Enisey, and this summer to Novosibirsk. One of the most memorable moments of Marchuk’s life in the League was his participation on All-Star Game: Maxim was flying on dunk-contest 2020 with Aleksandr Petenev, Austin Hollins and Anton Astapkovich.