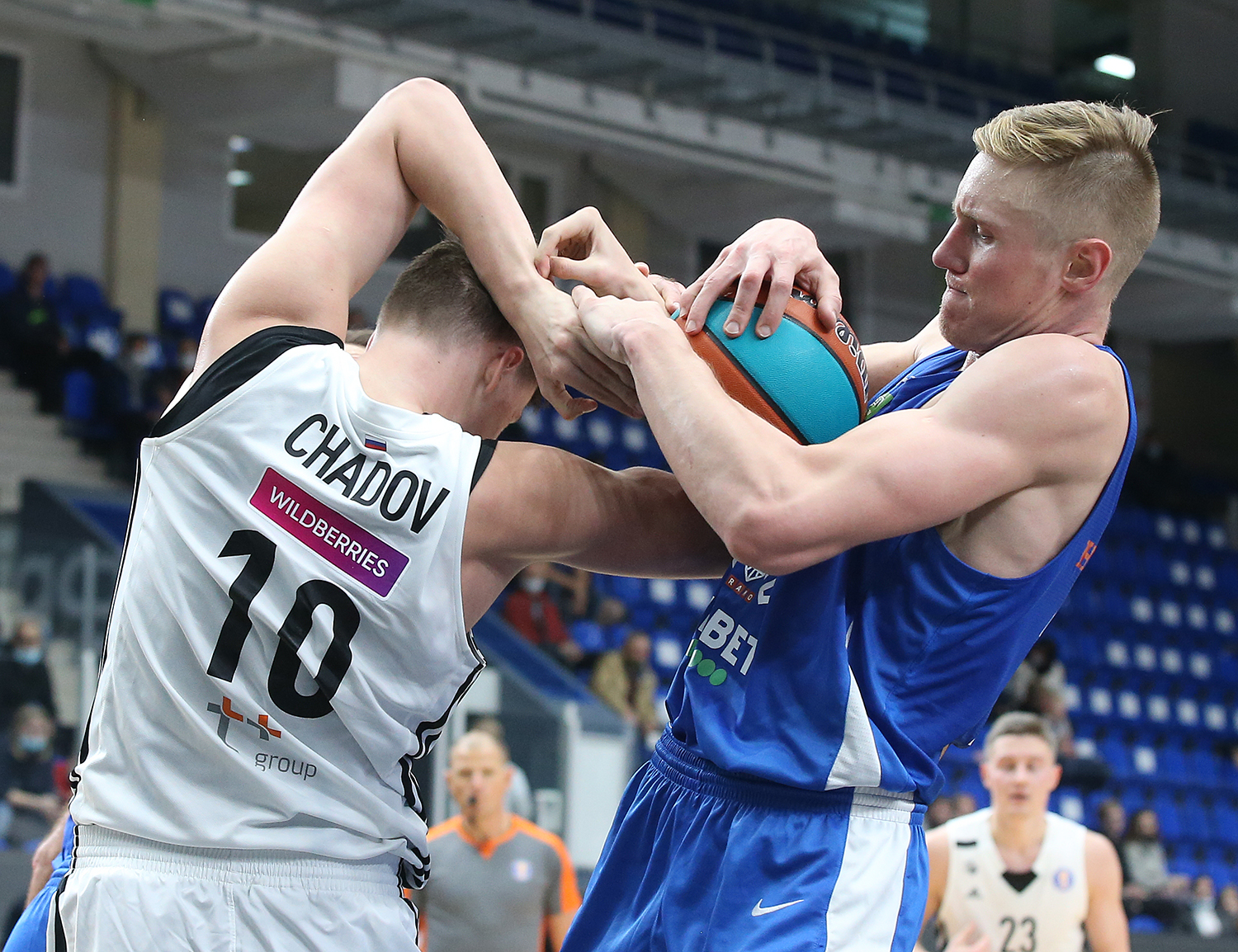 Game progress
Both teams played their last games in the VTB United League on October 10. Nizhny Novgorod defeated Astana in a hard battle and got the first win of the season, but Kalev in the game against Enisey got the third loss in the three opening games. But for Nizhny, the Estonians are an extremely uncomfortable opponent: in the last five face-to-face games, Nizhny Novgorodgot the W only once. Additional difficulties were presented to the hosts by injuries to the leaders – Anton Astapkovich and Evgeny Baburin were left out of the team roster for the game.

The first minutes of the game were exchange of effective offencive possessions. But already at the equator of the starting 10 minutes, the guests’ bet on long-range shots worked: Kregor Hermet and Kristjan Kitsing scored 4 3-pointers for two, and Tallinn advantage was established at the +10 points mark. However, Kalev did not manage to escape far. After an timeout, Nizhny noticeably increased in defense and seized the initiative in offence, making a 11:0 run. The rest of the first half was held in an equal game, as evidenced by 33:33 on the scoreboard before the big break.

After changing sides, the picture has not changed – the same low pace and very tight positional basketball. Towards the end of the quarter, the Volga team lost their rhythm a little, and Kalev became active again. Silas Melson, Kregor Hermet and Davion Berry completed three transitions in a row with 3-point shots and allowed the Estonians to leave for the final break as leaders – 52:47.

The fourth 10-minute began with the guests’ mini-run, where the key player was Silas Malson. The American defender scored 5 points in a minute, and the advantage of the Estonian team once again became double-digit – 59:49.

The key moment
At some point, Nizhny Novgorod was able to return to the game and reduce the gap to -5, but Hermet’s next splash brought the Tallinn team to its senses. Two minutes before the buzzer, Silas Melson finally killed the intrigue with a powerful two-handed dunk.

Nizhny Novgorod continued to fight and even managed to get close to the opponent, but there just wasn’t enough time for more – 71:65 Kalev won.

Hero
Silas Melson. The American defender excelled on all fronts, bringing to his asset 18 points, 9 rebounds and one of the most spectacular moments of the season.

Numbers
1 – Kalev got the first win of the season in the VTB United League.

Comments
Zoran Lukic, Nizhny Novgorod Head Coach:
– I want to congratulate our opponent. They knew why they came to Nizhny Novgorod, acted with good energy and the right attitude. I said before the game that we should not be considered favorites in this rivals, and, unfortunately, my words were confirmed. We missed 12 shots under the rim – it was already psychosis. And also look at the free-throw percentage. If we had realized at least that, the game would have turned out quite differently. It’s hard to explain the reason for missed shots. He will talk and find out what the problem was. But so many misses at this level is too much.

Robert Stelmachers, Kalev Head Coach:
– The game was tense: there were good moments in our performance, there were not very many, but the result speaks for itself. This win in the VTB United League means a lot to us. I would like to wish Nizhny success in other games and a speedy return of the injured players. I can imagine how difficult it is now for Zoran Lukic to correctly select players in a truncated squad. 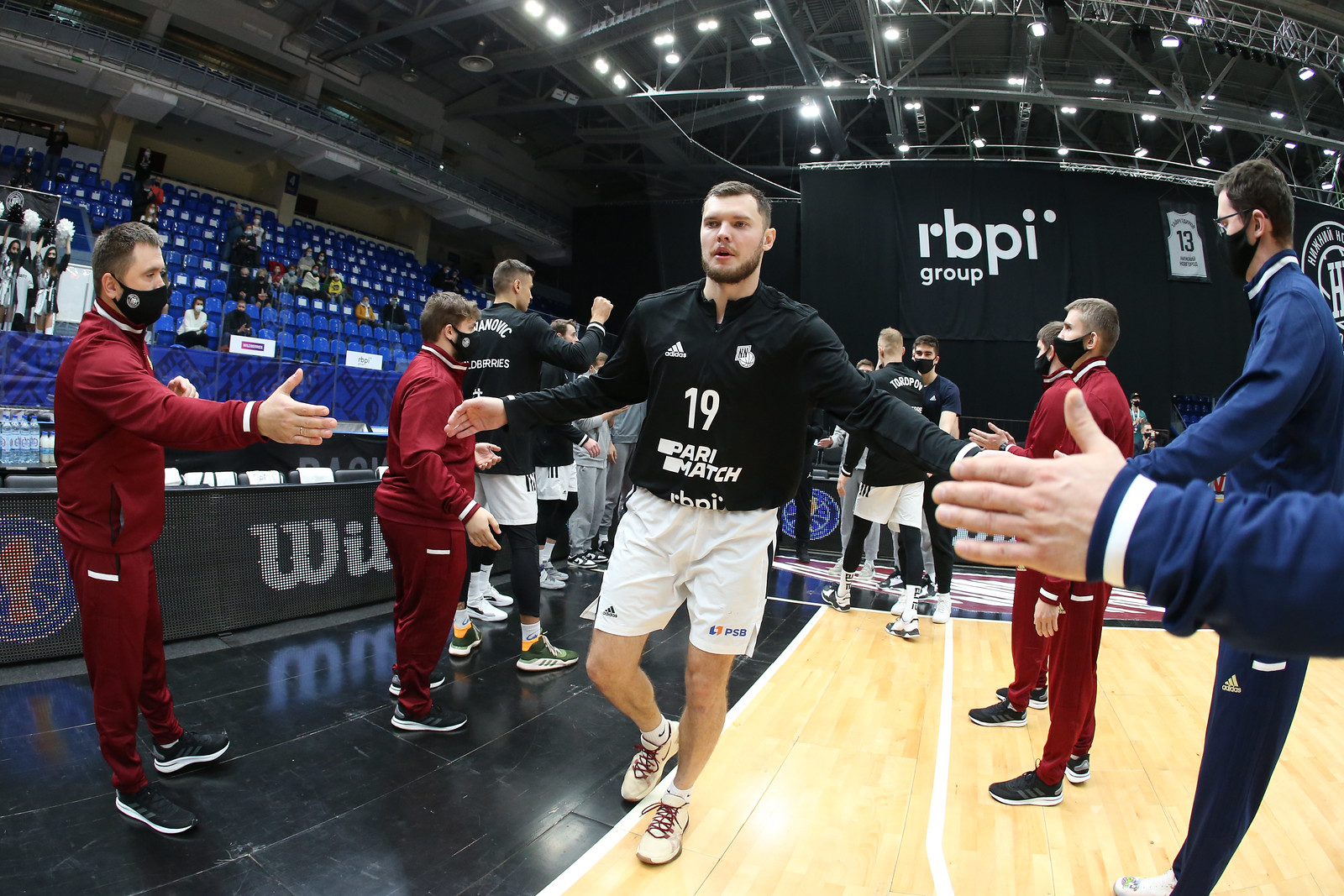