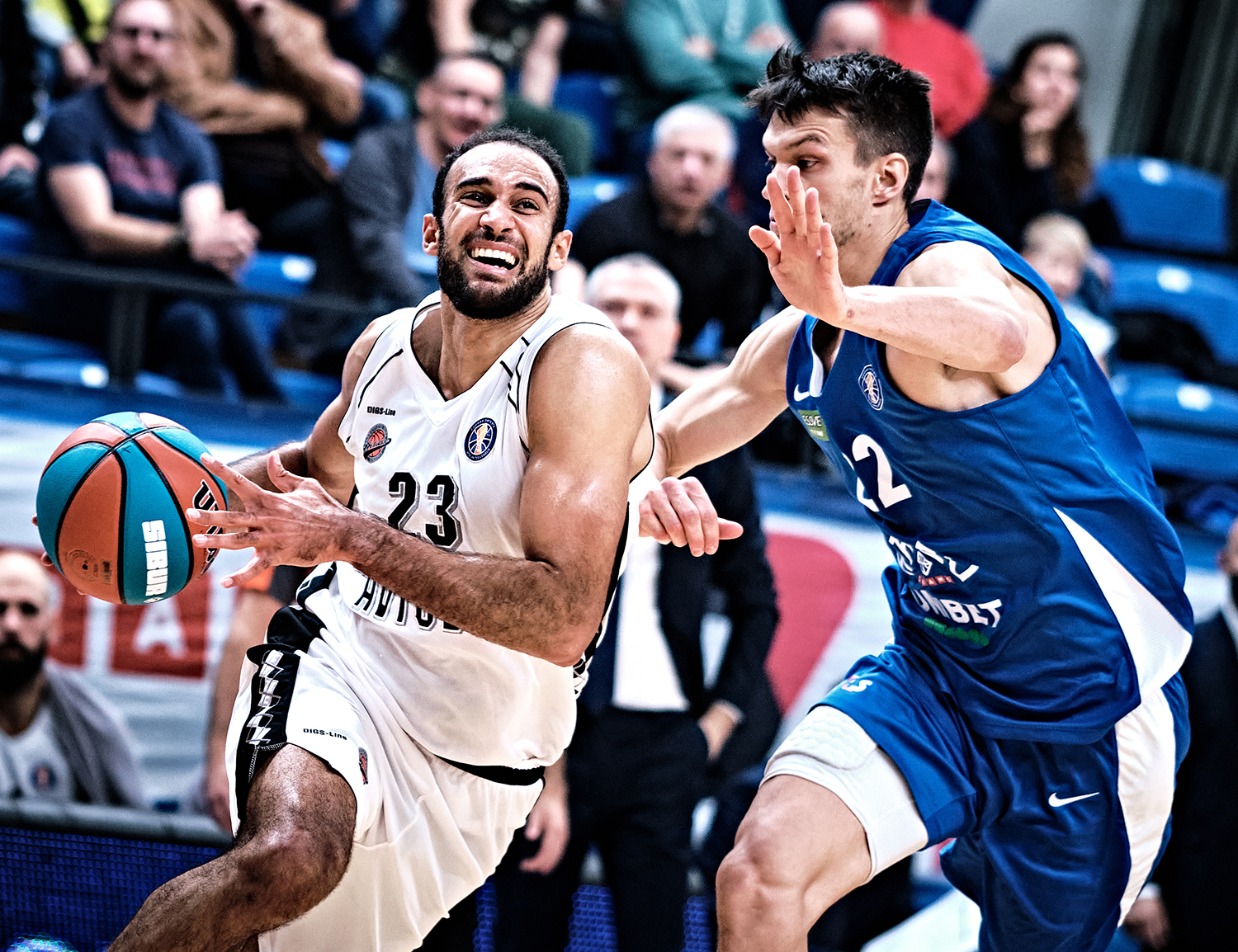 Game progress
For Avtodor, this game was the first this season. But the Estonian club has already managed to qualify for the Champions League, last week it started in the VTB League with a guest game against Zenit and even played in the Latvian-Estonian League against VEF.

It is not surprising that the Estonian team entered this game faster. The starting segment of the game was held under the aim of Kalev snipers. Ojars Silins and Khristjan Kitsing made three shots from behind the arc, which provided the Balts with the lead in the game – 11:5. Soon the American players of both teams entered the business. There was no obvious winner in their shootout. But thanks to the better efficiency of three-pointers, the Estonians were able to maintain a comfortable lead at the end of the first quarter – 28:20.

In the second 10-minutes, the teams continued to demonstrate bright spectacular basketball. This time the guests felt more confident in the game on the opposite courses. The key players were Philip Scrubb and DJ Funderburk. The first confidently dispersed Avtodor’s offence, and the second scored several important shots at the end of the quarter. As a result, Funderburk buzzer beater allowed the Russian club to go on a big break as a leader – 47:46.

The key moment
In the third quarter, Avtodor tried to break away with the three-pointers by Philip Scrubb and Evgeniy Kolesnikov. The guests’ lead became 8 points – 72:64. But at the start of the final 10 minutes, the Estonians managed to catch up with the opponent, making a 10-2 run. However, equality did not last long. At the decisive moment, the Saratov team turned on Kenny Cherie. The guard immediately gave out a series of accurate shots, returning the leadership to the Saratov team. The American’s tree-pointer two minutes before the final buzzer seemed to have finally decided the fate of the game – 92:85.

But the Balts still returned the intrigue. Two fast offencive actions gave them five points, and in the last minute their gap was reduced to one shot – 90:92. But in the end, the guests still had stronger nerves. The Estonians responded to Chery’s next accurate shot with a turnover. The rest of the game was marked by tactical fouls, in which Avtodor did not give the opponent the opportunity to save the game.

Hero
Kenny Chery became the real hero of this game. His accurate shots at the decisive moment brought the win to the guests. As a result, the guard became the most valuable (28 points, shots from the field – 11 out of 13) and effective (32) player on the floor.

Numbers
190 – in this game, the teams acted without regard to defense. The opponents scored 190 points for two. This game has now become the most resultative in the VTB League 20/21 season.

Comments
Roberts Stelmachers, Kalev head coach:
– We will review the game and analyze it. It was a good game for us, but we can’t let opponents to score 97 points on thour home court. The whole team, including 12 players and the coaching staff, takes responsibility for this. Thanks to all the fans who came to the game, the atmosphere was great.

Emil Rajkovic, Avtodor head coach:
– It is very important that we start the season with a victory. First of all, Kalev played well in offence, and we needed time to get used to the speed of the game, since this was the sixth official game for the Estonian team and the first for us. We also have to play better defensively and on rebounds, which we are going to adjust in the upcoming training sessions. Now we have a home game against Lokomotiv, and we need to add confidence with each game, which is why winning road games is extremely important for us.