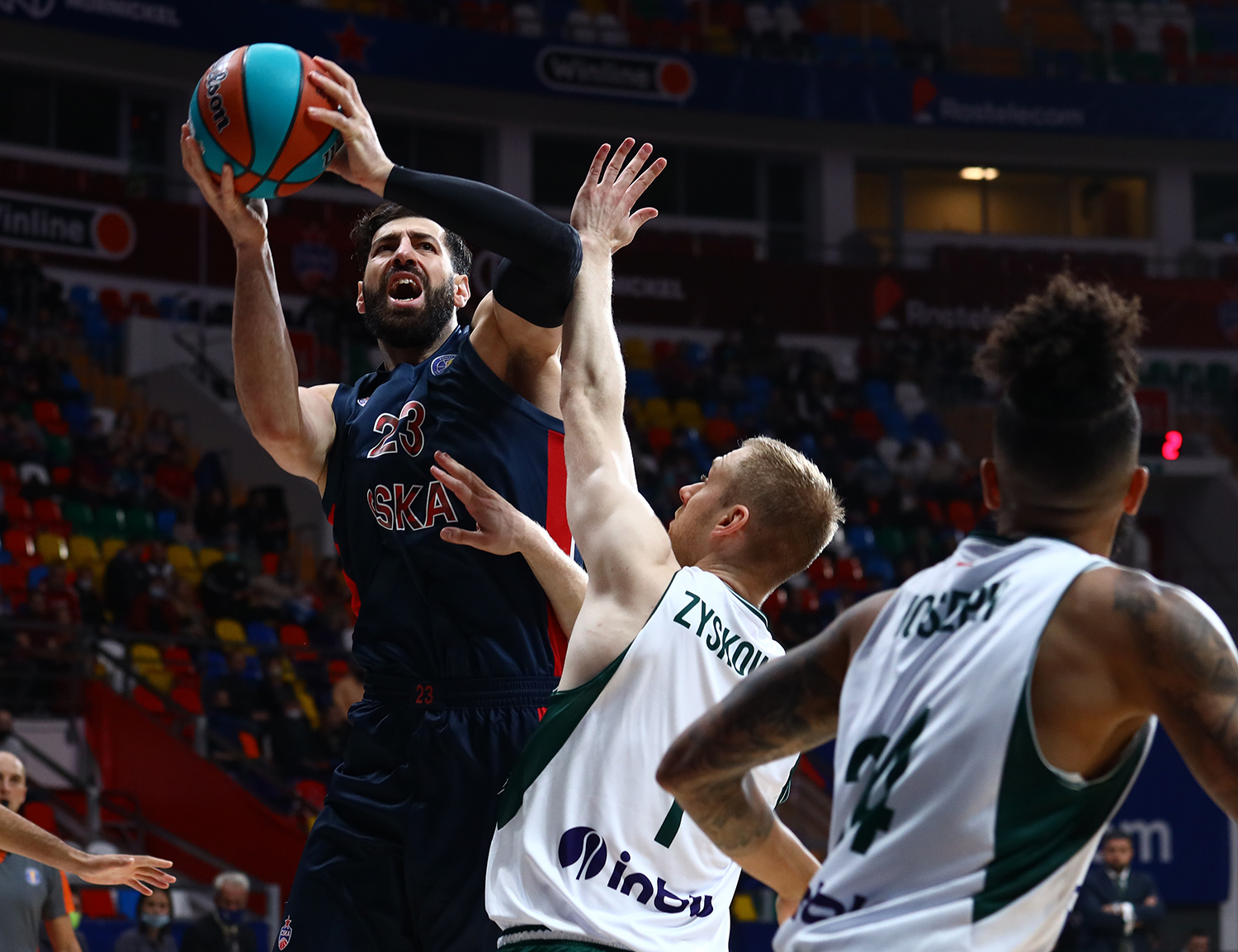 Game progress
In the first minutes of the game, the teams exchanged points, after which the Army team took the initiative. CSKA leaders were Nikola Milutinov and Tornike Shengelia, who scored 10 points out of 14 team points. This set the vector for the entire 10-minute: the Army team controlled the game and even twice lead by 7 points, but they did not manage to escape far from the Polish team – 23:18 CSKA lead.

The beginning of the second quarter was held in an equal contact struggle: for three minutes the score on the scoreboard remained unchanged. The guests were the first to recover: a three-pointer by Jaroslaw Zyskowski and floaters by Dragan Apic and Branden Frazier allowed Zielona Gora to get close to the Army team at a distance of one throw – 25:28. In a difficult situation, the initiative was taken by CSKA capitain, Nikita Kurbanov. Russian forward scored 7 points at the end of the first half, which allowed the hosts to maintain the lead before the break – 46:37.

After the first half, the Army team sharply increased their speed and again tried to run  – accurate shots by Iffe Lundberg, Alexey Shved and Will Clyburn established the advantage of the red-blue at +17  mark. The guests tried to return with team efforts, but CSKA continued to bend its line and did not allow the opponent to get close – 72:57.

The key moment
For the last 10 minutes, the hosts came out even more charged. Tornike Shengelia was unstoppable in the paint. Marius Grigonis and Daniel Hackett forgot how to miss from behind the arc. By the middle of the quarter, CSKA’s lead for the first time exceeded by +20. The obtained advantage allowed the hosts to calmly bring the game to the win.

Numbers
105-CSKA became the first team in the season to score 100 or more points in one game.

Dimitris Itoudis, CSKA Head Coach:
– Congratulations to the team. We played another serious game. From the very beginning, it was obvious that Zielona Gora is in the official game mode, since they have already played 6 games in the Polish championship. We lacked easy balls, and in the second half we managed to fix it, we found ways to defend. In the last quarter, we forced our opponents to make 8 turnovers and several tight shots. What I really like is that when we change the squad, we do not lose the rhythm and enthusiasm in defense. We strive opponents to create turnovers, we are a team that is set up for this. This way of thinking should be maintained throughout the season.

Oliver Vidin, Zielona Gora Head Coach:
– Congratulations to CSKA for the win. We played intense first half, we were in solid situation, we had less turnovers and more offensive possessions. But in the end of the game, especially in the last 7 minutes CSKA pushed us to turnovers, we were making offensive fouls etc. It throw us out of our game. It was our first game of the VTB League season, so we wanted to see where we are now as we have 12 new players this year. In two days we have another game, against UNICS in Kazan, we will prepare and go through the season game by game. 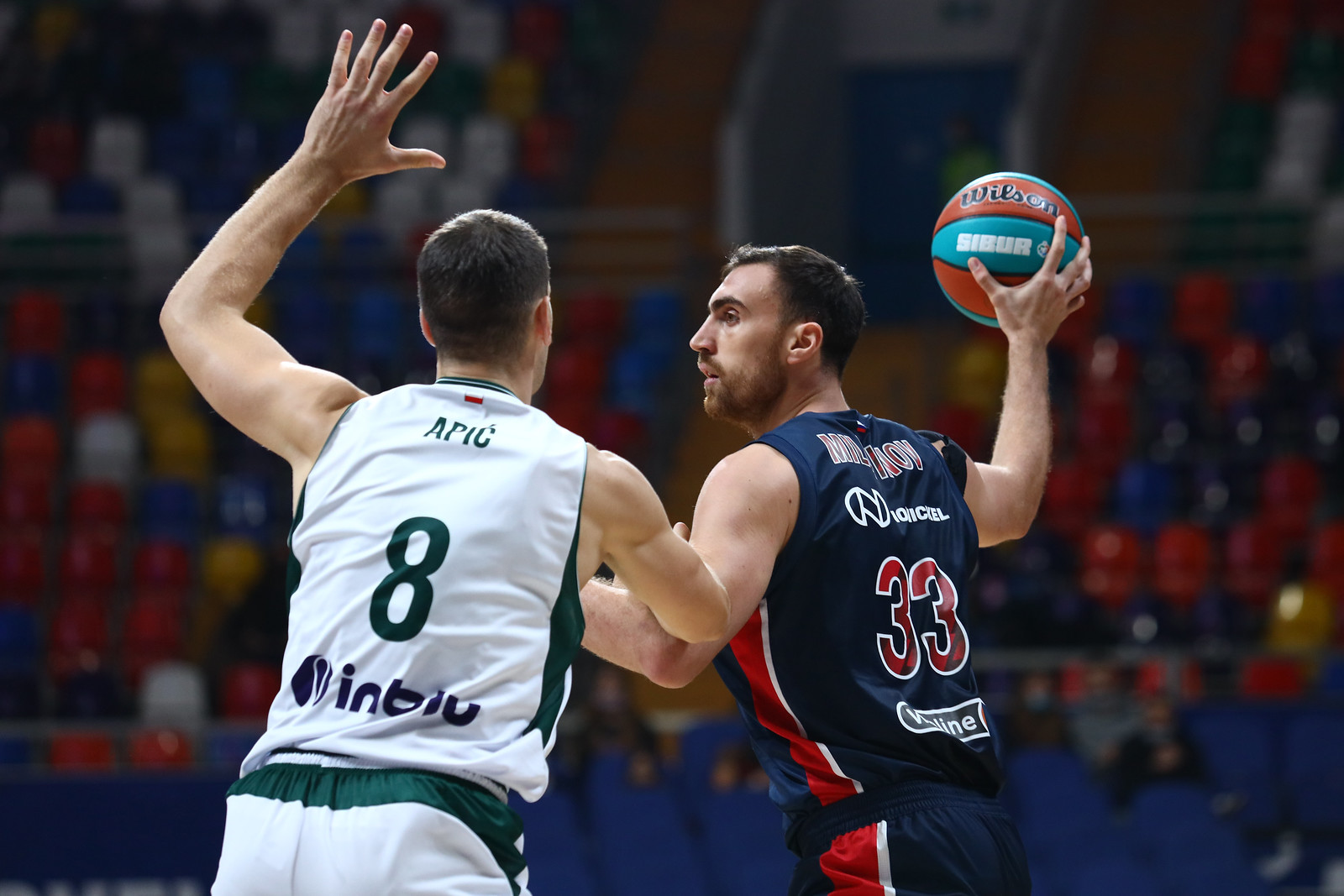