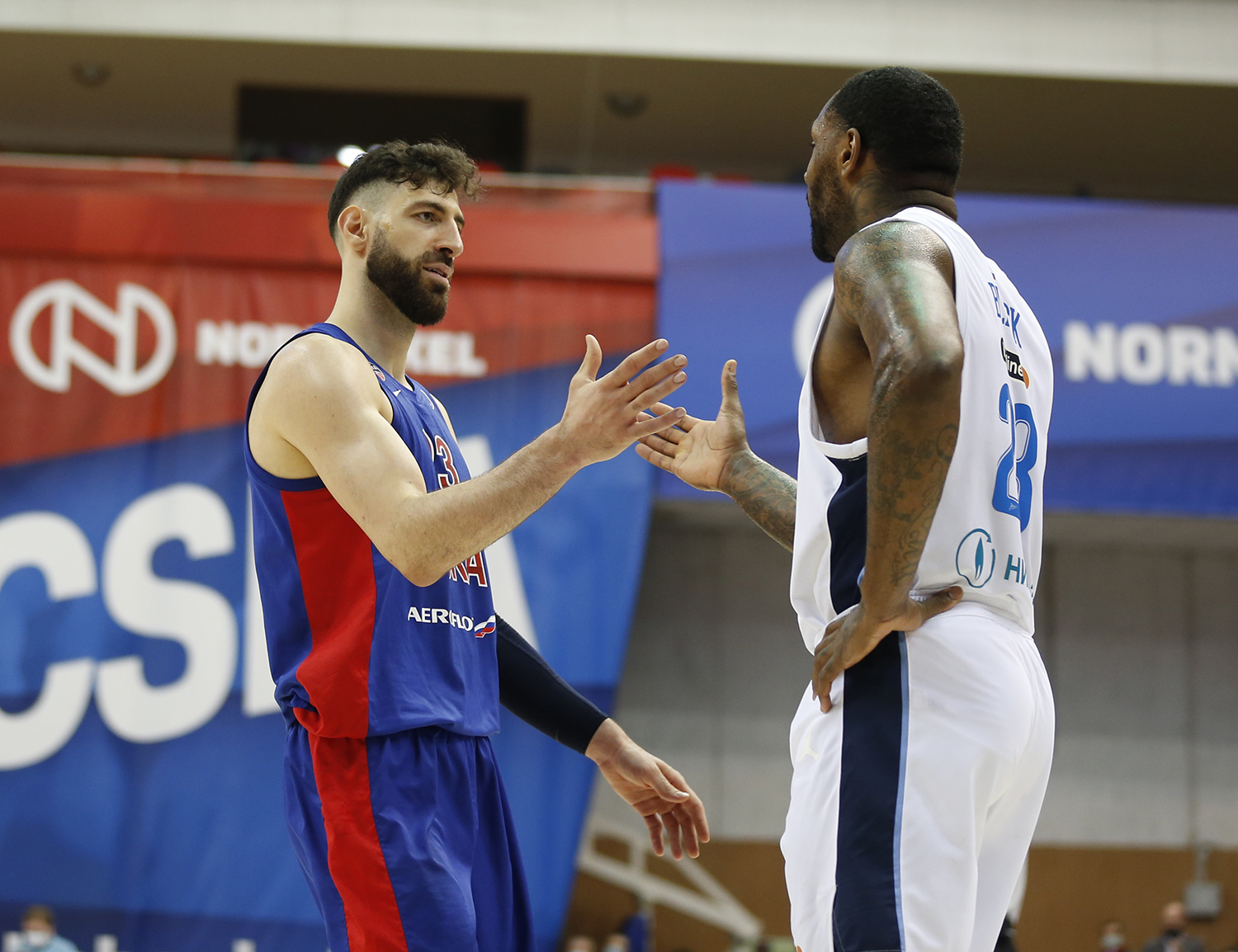 CSKA won the third game of the series in an unrelenting struggle and was one step away from the finals. Zenit was at the end of the 2020/21 season if they lost.

From the opening minutes, the teams set a high game tempo, focusing on the early offensive possessions. Sharp shooters were the headliners in the opening minutes: Kevin Pangos and Andrei Zubkov answered with three three-point shots by Darrun Hilliard and Tornike Shengelia. That shot set the tone for the rest of the first 10 minutes, turning the opening period into a true sniper shootout. The teams shot 11 times from beyond the arc, with the home team leading the way: CSKA made 5/8 of its three-pointers and Zenit made 4/8. However, their lead was tied 26-26 early in the quarter.

At the beginning of the second quarter the teams once again exchanged quick successes on the perimeter, after which the game took a more positional approach. Both teams improved their defense and shifted their focus to mid-range shooting and the paint. The break in the game came with 3 minutes left in the first half when the hosts took the lead on offense from Daniel Hackett and Tornike Shengelia. The Army duo scored 8 points in a row and allowed CSKA to pull ahead 45-40 by halftime.

After the break, the Red and Blue continued their flawless shooting from beyond the arc, while the Petersburg club became more aggressive on the big boards: Tarik Black and Will Thomas scored Zenit’s first 8 points of the quarter. CSKA controlled the game all quarter long and even went within 10 points twice, but Pangos and Baron kept cutting the lead in stride. Russian center Joel Bolomboy, back from the injured reserve, made the final shot of the third quarter, 66-58, in favor of the home team.

Key moment
The final quarter started with low-scoring: Zenit scored 4 points in 3 minutes and a half and CSKA managed to score only 1. The Army team was the first to step up. Two hard-fought baskets by Tornike Shengelia and a three-pointer by Daniel Heckett once again pushed the lead to double digits, 72-62. The visitors tried to put together a run, but the home team’s stellar defense regularly forced the St. Petersburg club to make difficult shots, limiting them to just 13 points in the final 10 minutes. Johannes Voigtmann finally sealed the game with a 13-point advantage 50 seconds before the buzzer.

CSKA won the semifinal series with Zenit and will face UNICS in the final.

Hero
Daniel Hackett. The energetic CSKA guard brought a tremendous amount of energy to the game, playing a great game on offense. The Italian was the top scorer (20 points) and the most efficient (27 points) player of the game, also recording 7 assists and 4 rebounds.

Stat
57 – That was the percentage of three-pointers made by the Army team in the fourth semifinal game. CSKA players made 12 of 21 shots from beyond the arc.

Comments
CSKA head coach Dimitris Itoudis:
– Of course I congratulate the team and all of us on getting to the finals. The way we played against Zenit will definitely help us in the Euroleague Final Four. Congratulations also to Zenit, it’s a great team that gave us great battles and showed great basketball. Ivan Ukhov’s presence at this press conference was symbolic. He is one of our heroes as a person and, of course, as a player. He is a very important player for CSKA; he knows it, we all know it. But individually, overcoming those kinds of difficulties, being focused and helping his teammates, defending well against Pangos, Baron, everybody… Not everything will always work out. But Vanya showed great character, including this series, so it’s important to say that on behalf of everyone. He put his own difficulties aside and helped the team. So I congratulate him and wish him to live long and keep only great memories of his friend.

Zenit head coach Xavi Pascual:
– Congratulations to CSKA. They had a great playoff run. We played our best. We did everything we could on the court. CSKA played unbelievable basketball: they were efficient in every situation and in every position. I want to wish them good luck in the Final Four as well. I think it’s a very good moment for them to be in this tournament. If we’re talking about the game, we were in the game for almost the first thirty minutes, but at the end of the third quarter we missed two free throws and also missed a rebound on offense. CSKA took advantage of the situation, took a 9-point lead and killed our chances, as it was incredibly difficult to get back in the game in the final quarter. In the final minutes we tried to show respect for the season, for our opponent, we fought until the last seconds. We’re finishing a great season here. I can say that I don’t believe in luck, but looking at our season, I can say that overall we haven’t always been lucky. 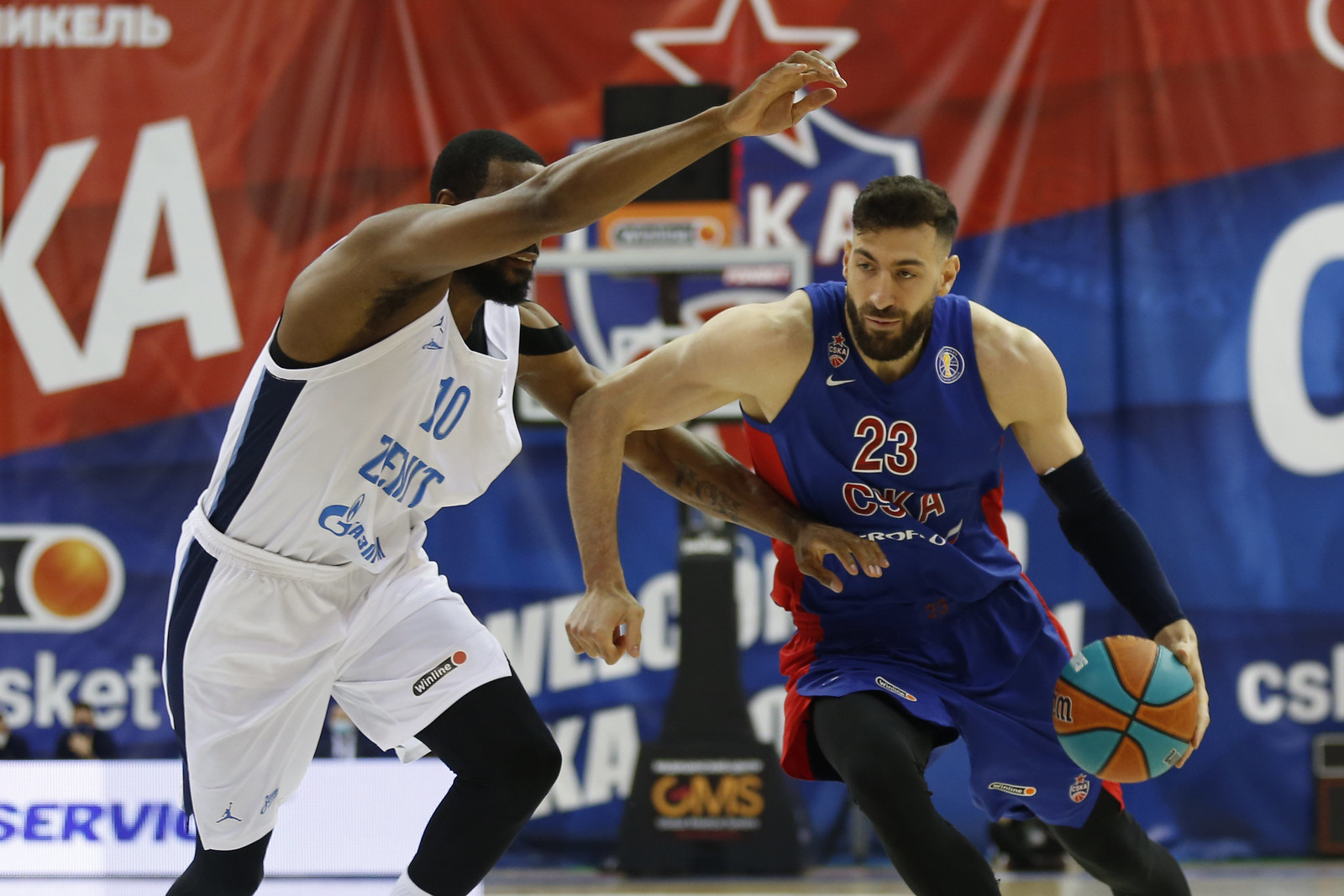