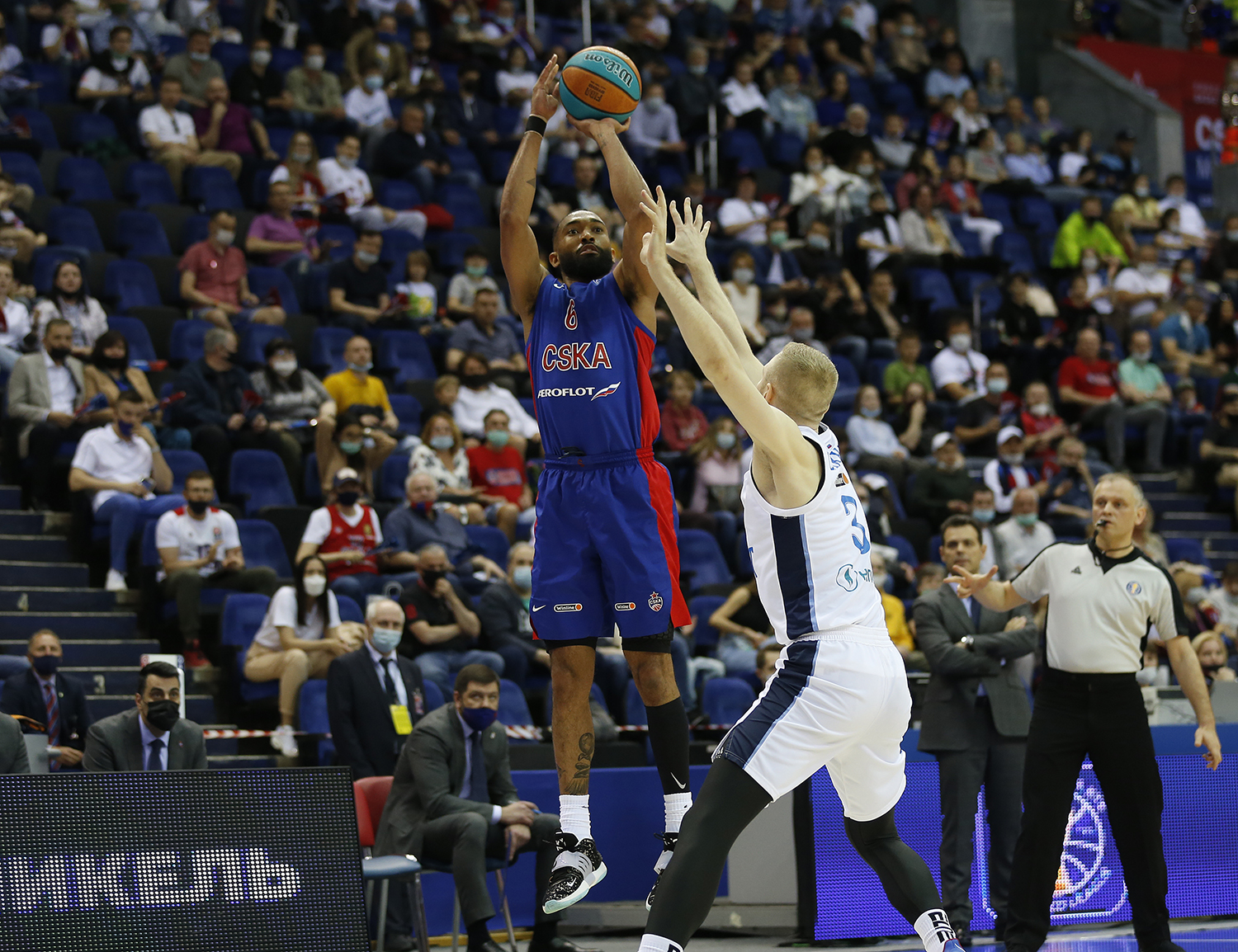 The teams exchanged wins in St. Petersburg before moving to Moscow. The game started out evenly contested, with the home team trailing 6-5 by the middle of the quarter. Slow tempo and aggressive defense on both ends contributed to poor scoring. At the end of the 10 minutes, however, CSKA players went on a roll and went on a 9-point run, primarily led by Will Clyburn’s 17-13 in favor of the Army team.

The second quarter began with some good offensive play by Zenit: Billy Baron and Alex Poythress combined for 5 points, and the lead was cut to 2. After that, the home team picked up speed and tried to pull ahead again. A three-pointer by Johannes Voigtmann and a dunk by Tornike Shengelia sealed the Red and Blue’s lead at +8. The visitors, led by Dmitriy Khvostov and Vitaly Fridzon, tried to come back, but CSKA kept holding their line and would not let their opponent get close. Nikita Kurbanov made the final score of the first half with a hard-hitting end-to-end layup, allowing the Army team to go into the break leading 44-38.

Once again, the Petersburg club got off to a strong start in the third quarter. First Tarik Black had two big dunks, and then Kevin Pangos found his way to the basket and scored 10 points in a row – 53-52 in favor of the home team.

What a start of the 2nd Half 😱 pic.twitter.com/URmXuFXhzi

CSKA found a worthy answer in Will Clyburn: The forward finished every Red and Blue possession with 8 points in a minute and a half. His excellent play gave the Army team a comfortable lead in the final 10 minutes, 70-64.

Key moment
Clyburn continued to lead the way in the fourth quarter, and his teammate was joined by Darrun Hilliard: After two long-range shots from the guard the margin had reached an impressive +12. Zenit tried to chase them on Billy Baron’s three-pointers, but the home team’s potent offense kept their opponent from cutting the lead. The key moment was Zenit’s scoring drought in the middle of the quarter: Petersburg couldn’t find a key to the Army team’s defense for two minutes, and the lead grew to 15 points. CSKA calmly controlled the game and took it to victory, 96-82.

Hero
Will Clyburn. The American forward played as efficiently as possible in the second half, becoming the main hero of the Army team’s decisive run. Will had 24 points (9/12 from the field, 5/7 three-pointers), 5 rebounds and 28 efficiency points.

Next
Game 4 takes place on May 24 in Moscow. 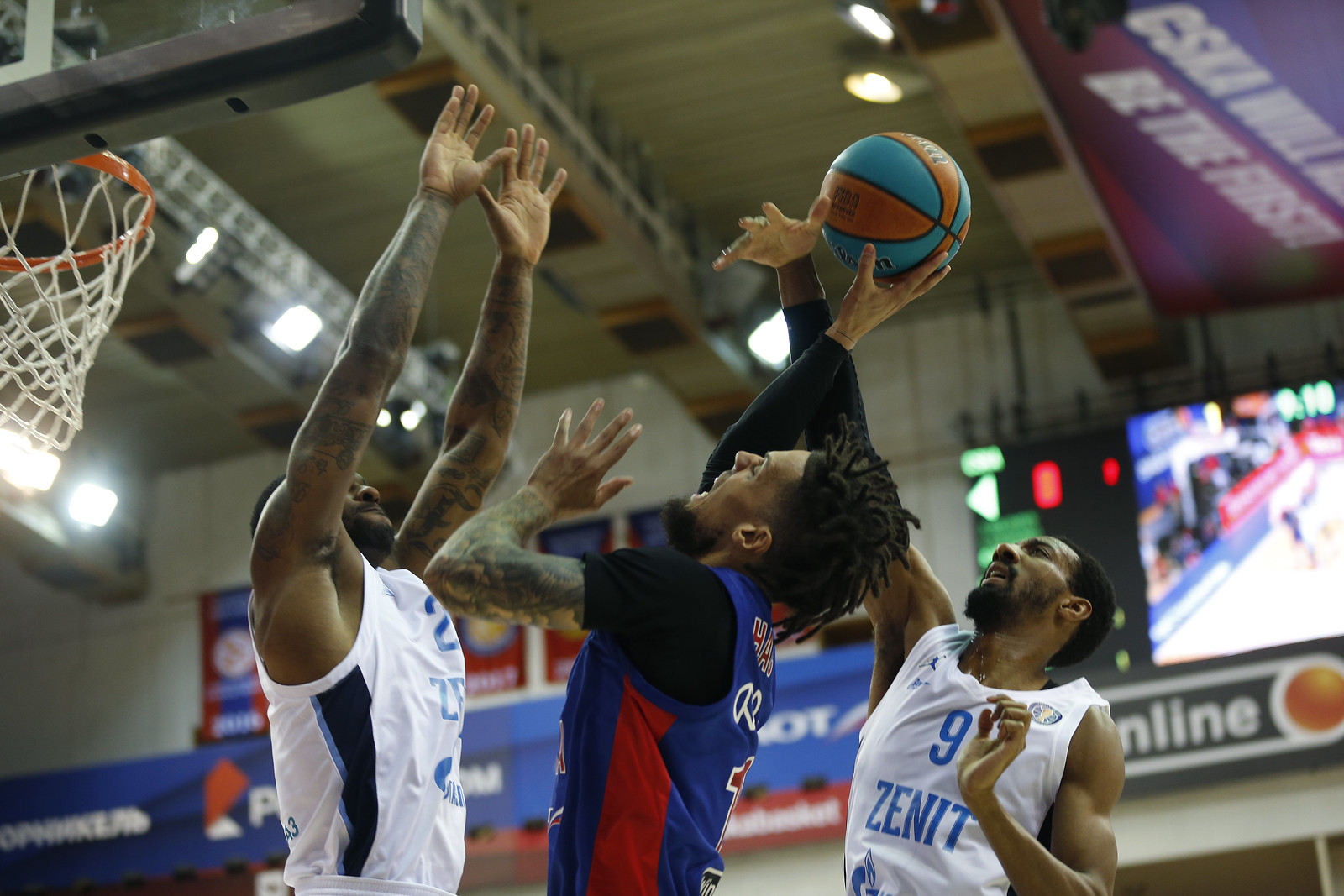