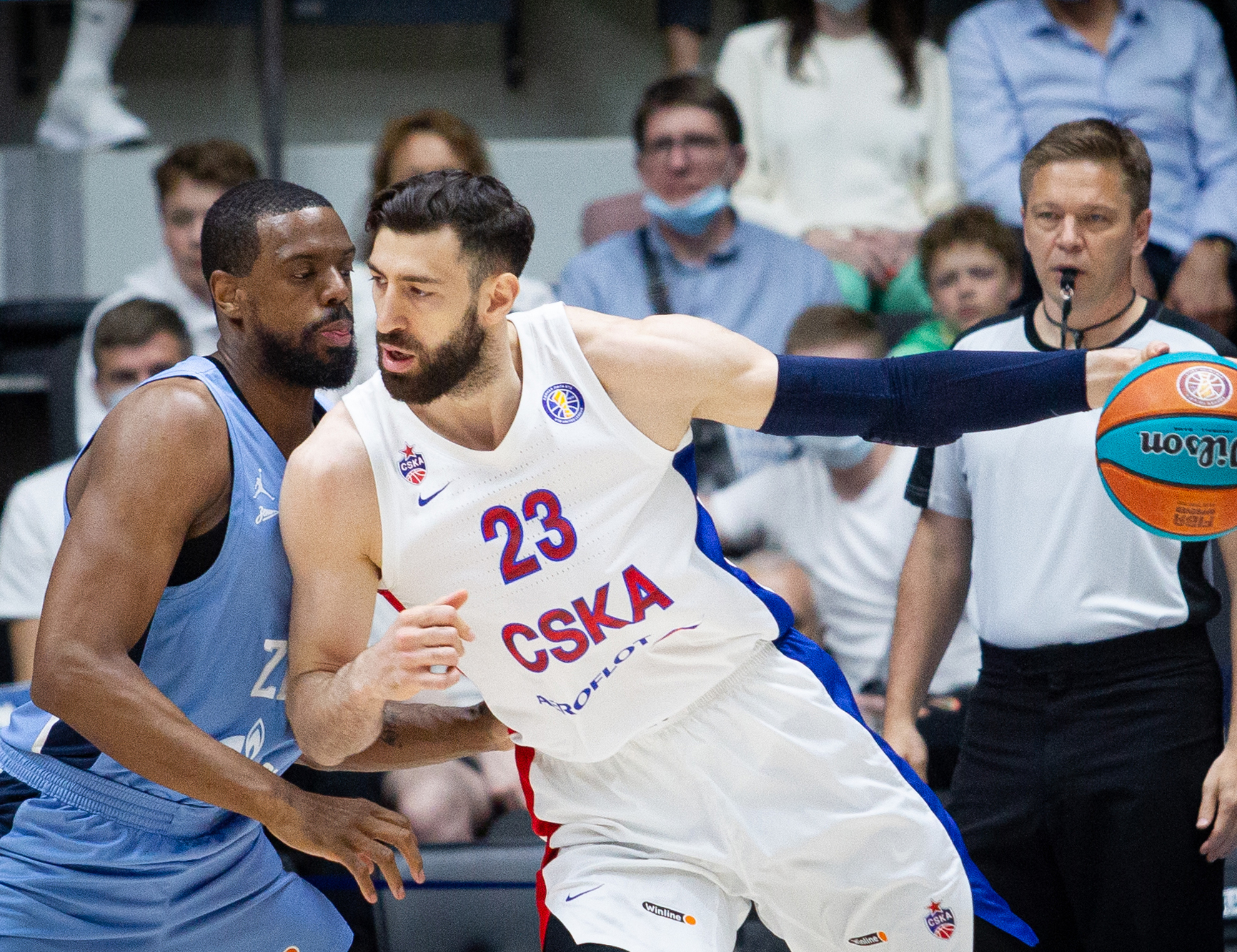 From the very first minutes, the visitors forced a fast and high-scoring basketball game. CSKA aggressively attacked from the paint and fought under the basket, which resulted in 6 offensive rebounds and 7 second-chance points midway through the first 10 minutes. Zenit had an answer worthy of their own long-range shots: 3 three-pointers by Kevin Pangos and Will Thomas kept the Army team from pulling away. The visitors’ first surge came at the quarter’s end: perfect free throws from Clyburn and Khomenko, as well as passes from Voigtmann and Antonov helped CSKA score 10 points in a row. Zenit struggled to catch up, but mistakes on defense regularly allowed the Red and Blue to hit easy baskets and keep within 5-8.

Tarik Black and Kevin Pangos led the way for the somewhat discouraged home team at the end of the first half. The American-Canadian duo scored all of Zenit’s shots in the final three minutes, allowing them to cut the lead to one basket by halftime: 42-40 in favor of CSKA.

The third quarter began with a triumph for the snipers: Austin Hollins started the shootaround, followed by three-pointers by Thomas, Kurbanov, Pangos and Ukhov. The Army team stayed true to form and continued their quick offense and exemplary defense, limiting Zenit to 4 points in the second half of the 10-minute period. But they couldn’t go into the final period with a comfortable lead, 63-56.

Key moment
For the majority of the final stretch, CSKA controlled the game. The key moment came at the end. First, Billy Baron hit a crucial three-pointer to cut the Zenit lead to 3 points with 2 minutes to go. But Tarik Black’s missed free throws (1-of-4) and a difficult layup from Daniel Hackett put the Red and Blue up by as much as +5 with 44 seconds to go. The home team tried to save the game, but a Will Thomas shot from beyond the arc did nothing to end the score, 78-73.

CSKA opened the series with an away win.

Hero
Daniel Hackett. The Italian added a modest 11 points and 5 rebounds in 31 minutes, but it was his shots in the closing minutes that were key to the Army team’s victory.

Stat
16 is the difference in rebounds between CSKA (41) and Zenit (25). The Army team’s advantage on the boards was one of the deciding factors in the first semifinal game.

Comments
Zenit head coach Xavier Pascual:
— Congratulations to CSKA on the win. Today was a game where both teams could have won. CSKA had the lead for most of the game. We missed a lot of free throws – we didn’t make ten and also had 11 turnovers. We also gave CSKA 13 offensive rebounds. That’s something we need to improve. Even before the game we knew those factors would be important. Our second-quarter turnovers had a big impact on the game, as CSKA jumped out to a fast break and took easy points after those defensive lapses. In the third quarter the rebounding was important and they were able to pull away with the rebounds on defense. We couldn’t protect our basket. That’s why we lost.

CSKA head coach Dimitris Itoudis:
— First of all, congratulations to the team for the spirit, for the determination in the game. Throughout most of this game we kept our concentration, I’ll repeat, we were determined. Some players had difficulties on the eve of this game. As Andrey Vatutin said in the locker room, they turned out to be great professionals. I’m talking about Ivan Ukhov, who lost a close friend the day before. The whole team wants to dedicate this win to him. He is a great professional.

Next
Game 2 takes place on May 19 in Saint Petersburg. 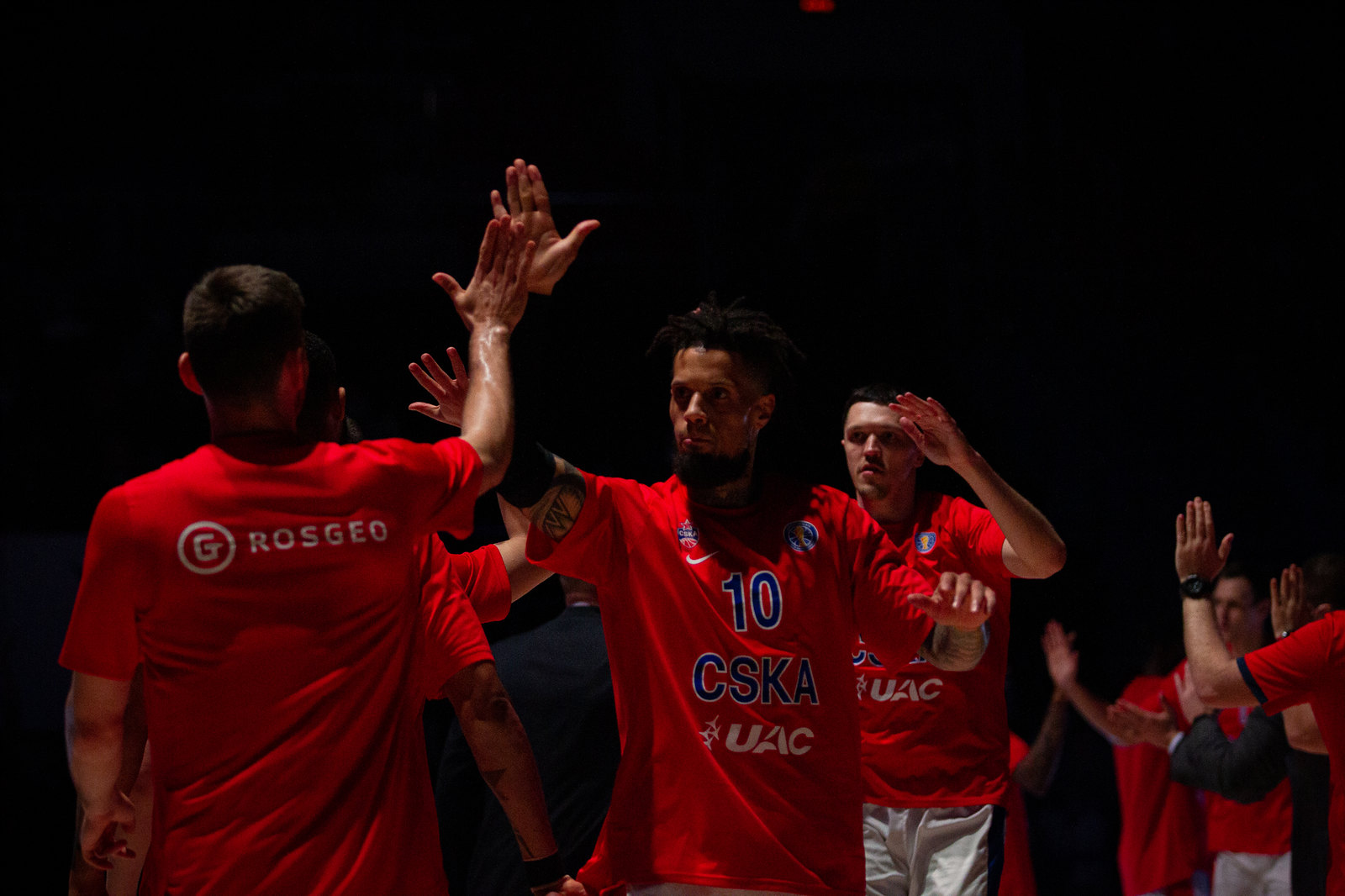