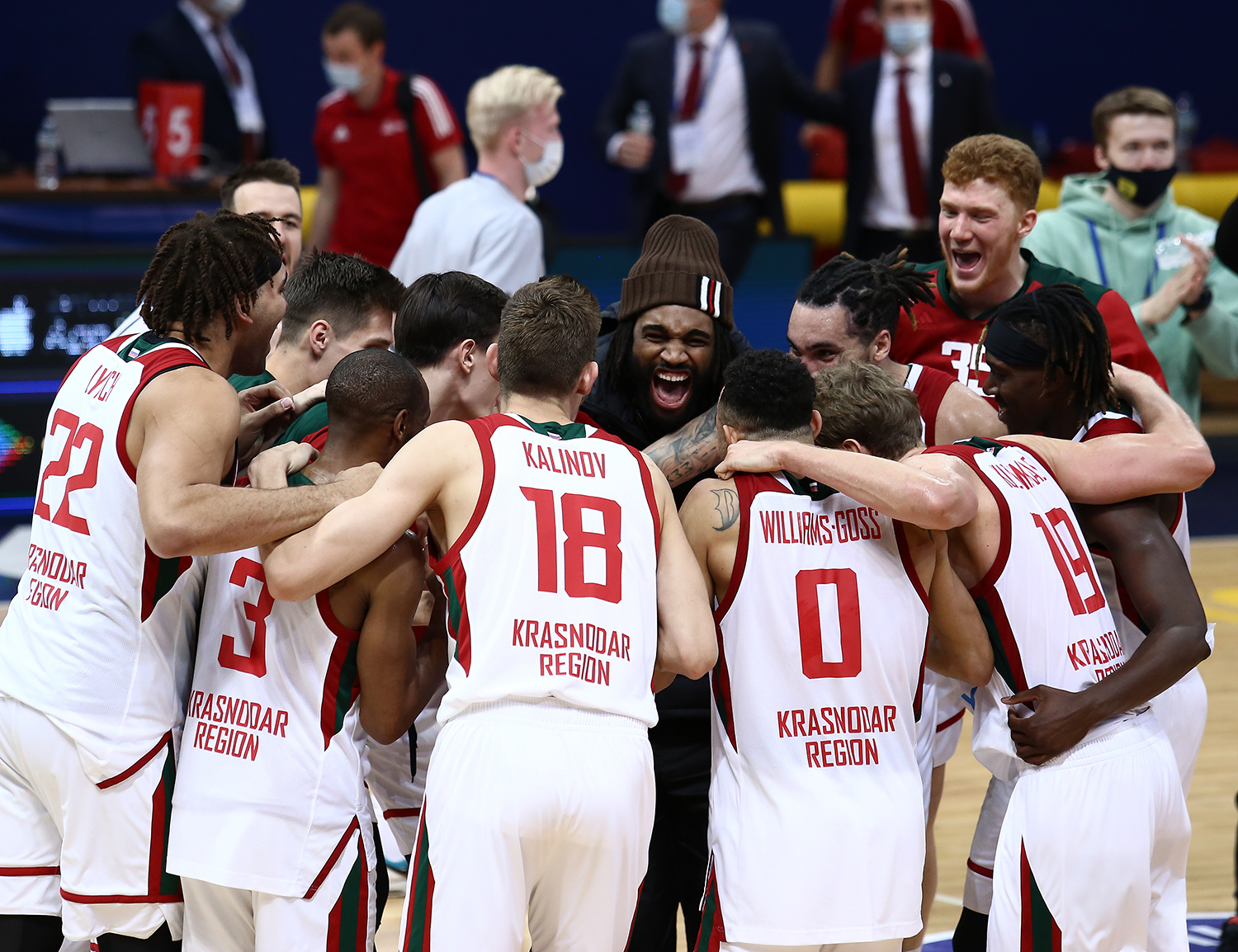 Lokomotiv-Kuban opened the series with a win in Krasnodar, but Khimki struggled and lost only in the closing minutes. Kevin Hervey came on strong in the opening frame, followed by Nigel Williams-Goss, who scored 8 points in the first quarter and hit without a miss. Khimki took the lead thanks to increased defense and good play by their bench players Anton Ponkrashov, Errick McCollum, and Timofey Mozgov. In the final 2 minutes of the quarter the home team led by bench made a 7-2 run to take a 23-22 lead.

The main players in the second 10-minute period remained the same. Mozgov made his presence felt in the paint, scoring 5 points in a row, and after two long-range shots by Ponkrashov, the Yellow and Blue seized their first double-digit lead, 36-25. Only thanks to Williams-Goss, who scored 20 points after 20 minutes and made 6-of-7 from the field, could Krasnodar keep the Moscow Region team off balance. The first half went to 52-45 in favor of Khimki.

Khimki, after switching sides, relied on Alexey Shved, who tallied two shots and two blocked shots. They failed to turn their success into a win. Loko players forced several turnovers, not forgetting to punish their opponent in quick possessions. After a 12-2 spurt by the visitors, the game began anew for the teams. Lokomotiv went into the final 10 minutes as leaders, 68-66. Loko’s defense continued to generate turnovers for their opponent from the opening minutes of the fourth quarter. Kuban’s 7-2 run was capped by a Williams-Goss dunk on a fastbreak, 75-68.

Key moment
Lokomotiv took the lead thanks to two crucial shots by Hervey. Mindaugas Kuzminskas also shined in the end, guarding Mozgov under the basket and hitting a key three-pointer with 15 seconds left to play in the final period, 89-81. Khimki fought to the end, but Ponkrashov and Mozgov’s shots and intentional foul tactics kept the team down 92-85.

Loko won the series in two games and made the semi-finals.

Hero
Kevin Hervey and Nigel Williams-Goss. Nigel Williams-Goss was the top scorer of the game with 30 points, adding 8 assists and 5 rebounds. Kevin Hervey was slightly behind his teammate in scoring, but showed himself on both ends of the floor and made two important shots in the end. Hervey had 28 points (10 of 13 from the field), 6 rebounds and 6 steals (2nd best in playoff history).

Comments
Khimki head coach Andrey Maltsev:
– Unfortunately, we have to say that the season is over for us. It didn’t end the way we planned. I can say one thing: I am not at all ashamed of my team in the playoff series that we prepared for. We fought hard until the very last minute, but unfortunately our luck didn’t change. Good luck to Lokomotiv! Today they were stronger. Thanks to everyone who cared about Khimki in what was the toughest year imaginable.

Lokomotiv-Kuban head coach Evgeny Pashutin:
– I want to congratulate our team, players, management, fans, and the entire organization on the win! It was a hard series, and we were expecting such hard games. Khimki is a top-notch team. Their starting five consists of Russian national team players, many of them have experience in the NBA. We were expecting a physical fight, but we weren’t ready for that in the first ten minutes. We started to play offensively and were not ready to turn back, plus we made some mistakes on defense when Mozgov scored a few easy baskets. Khimki scored 52 points in the half, which is an incredible amount. We talked at halftime and agreed that it would be impossible to win like that. We agreed to play defense and control our shooters and rebounding. Step by step we began to get back into the game. We scored 23 points and allowed only 14, which was a key moment and gave us confidence. Khimki put up a tough, manly fight within the confines of the rules, but we jumped in and started to play hard, too. Not dirty, but tough and manly, not letting them push us around so we didn’t have to be soft on defense. The guys came out and at the end we won the rebounding battle and were better in every way, except for the turnovers. We stood strong, did not make any silly attacks, showed patience and won deservedly. Now our task is to recover and get ready for the next series. 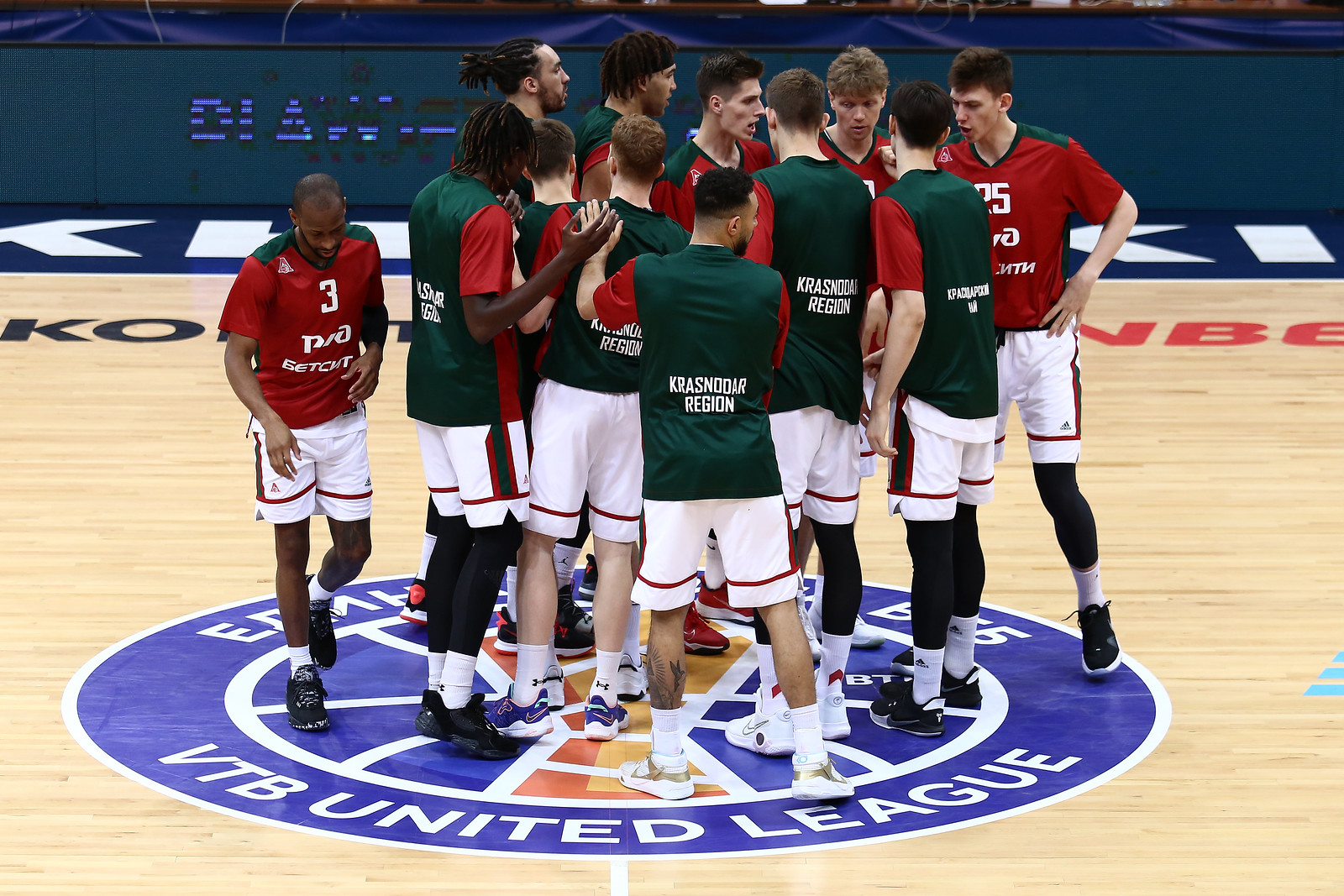