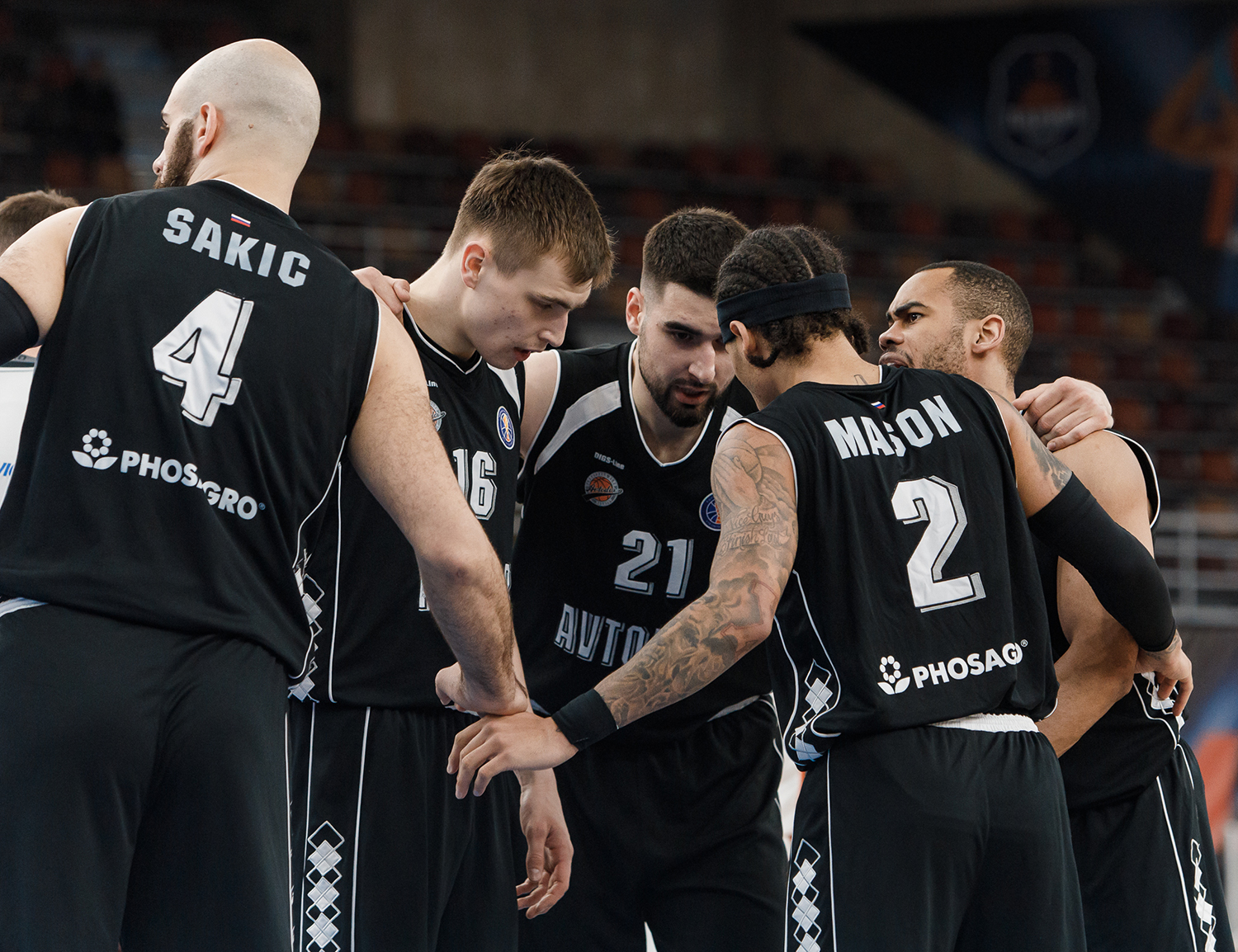 Story
Avtodor came to Perm to play last resort game, PARMA’s task was easier: to clinch play-offs they had not to lose with 23+ differential.

However, PARMA started hard. In the first quarter there was slow and low-scoring game, then the teams exchanged threes. Although PARMA couldn’t take the lead, the hosts were configuring the aim: by the next quarter three consecutive shots helped Perm take double digit lead – 28:18.

The second quarter started with successful possession by Maxim Grigoryev, one of the first quarter heroes. But then, Anton Kvitkovskikh helped to cut the gap to -3, then Gian Clavell erupted. Saratov eliminated the gap by the half time and even took the lead. But in the end of the quarter Boris Savovic and Eigirdas Zukauskas brought the lead back – 48:46.

After the big break PARMA started with 9:0 run. During the quarter Adas Juskevicius and Eigirdas Zukauskas were dropping threes, by the middle of the quarter PARMA’s lead was 17 points. Anyway, the guests didn’t give up. Although there were almost no chances for the win with the appropriate differential, Saratov tried to win. Avtodor managed to cut the gap to 8 points by the end of the quarter, and the last quarter was Zeljko Sakic and Dusan Ristic’s one. Saratov bigs helped the visitors take over the game, long-range bomb by Markel Starks evened the score once again – 86:86.

Key moment
The ending was in Avtodor’s favor. With two minutes left Boris Savovic put PARMA up ahead (90:88), Gian Clavell and Nate Mason answered with 12:3 run. On the last seconds Clavell recorded the final score with accurate free throws, letting Avtodor score 100 for the third time this season. Despite this fact, PARMA clinched play-offs for the first time in franchise history.

Hero
Gian Clavell. Off the bench, the guard was improving Avtodor’s offense and became the top scorer of the game playing crucial role in Saratov’s final run.

Stat
17 points – the biggest gap that Avtodor managed to overcome.