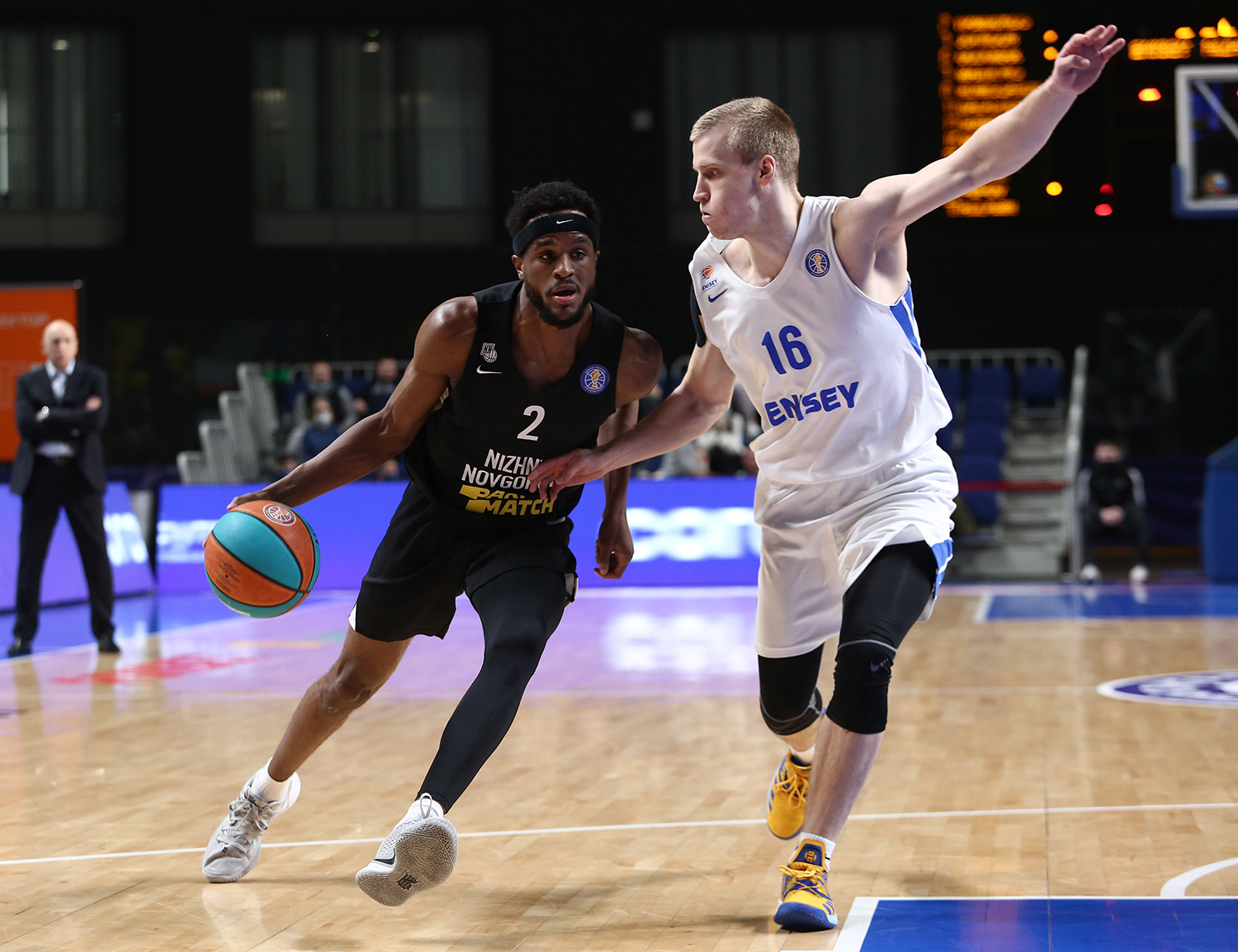 Story
Recently, Nizhny Novgorod made it to Final Eight of Champions League achieving the main goal for this season. In the United League the situation is good as well: they took 4 wins in 5 latest games and came back to 5th spot in standings. Krasnoyarsk had 4-game losing streak, 12th place and no chance to get to the play-offs.

In the beginning of the second quarter the guests paced up at defense forcing Enisey’s turnovers. Anyway, Nizhny couldn’t benefit from their mistakes and increase the lead. By the end of the period Tyus Battle was on fire. The American took the initiative and was finishing almost every Enisey’s possession scoring 10 points in the second quarter. Due to this Krasnoyarsk managed to get closer to the opponent and finish the first half only 9 points behind – 41:50.

The third quarter was dictated by Nizhny Novgorod. The guests continued to hit any shots they took while Enisey could score only 2-pointers. Sergey Toropov shut the buzzer with accurate shot, Nizhny were up ahead by 14 – 76:62.

Key moment
The last quarter start was in Enisey’s favor. 10 points by Kerron Johnson, Leyton Hammonds and Mikhail Kulagin were answered with Kasey Shepherd’s three and Andrei Vorontsevich’s 2-pointer. Then, the hosts struggled in the offense, Krasnoyarsk couldn’t have a bucket for 2 minutes. The key shots were 3 threes by Shepherd and Vorontsevich with 2 and a half minutes left. Guests’ advantage grew to 14 points, Enisey had no chance to save the game.

Hero
Kasey Shepherd was Nizhny’s first offensive option. The guard was played confident under the opponents’ basket, from downtown becoming the top scorer (27 points) and the most efficient played on his team (28).

Enisey head coach Drazen Anzulovich:
– First of all, congratulations to Nizhny Novgorod on the victory. For now, it is much stronger team than our team. But I want to note my guys’ efforts, they did their best. For example, Hogue and Battle weren’t practicing recent days, first day recovered. Yakushin and Sonko joined the team just yesterday, so we practiced 5 v 5 for the first time this week. We are lacking quality to compete with Nizhny. Especially at defense. This is the biggest upset for me in this game.

Nizhny Novgorod head coach Zoran Lukic:
– Thanks to my guys. The third game this week, tough flight to Krasnoyarsk. We were controlling the game for 39 minutes, thus it is well-deserved. I have some notes but it’s hard to criticize my team when they are so much fatigued as you see. Thus, I respect my players for dedication and will for the win. 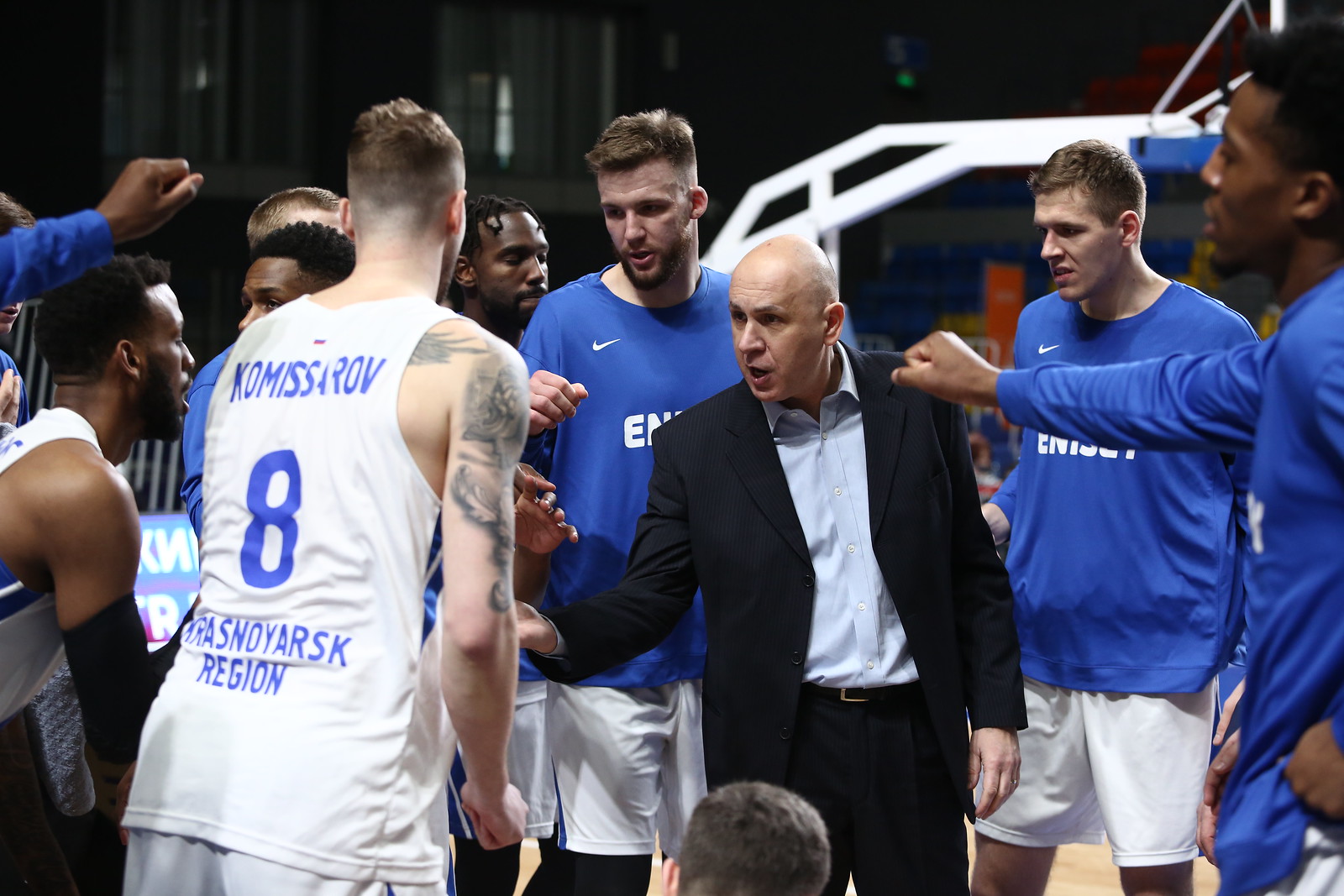