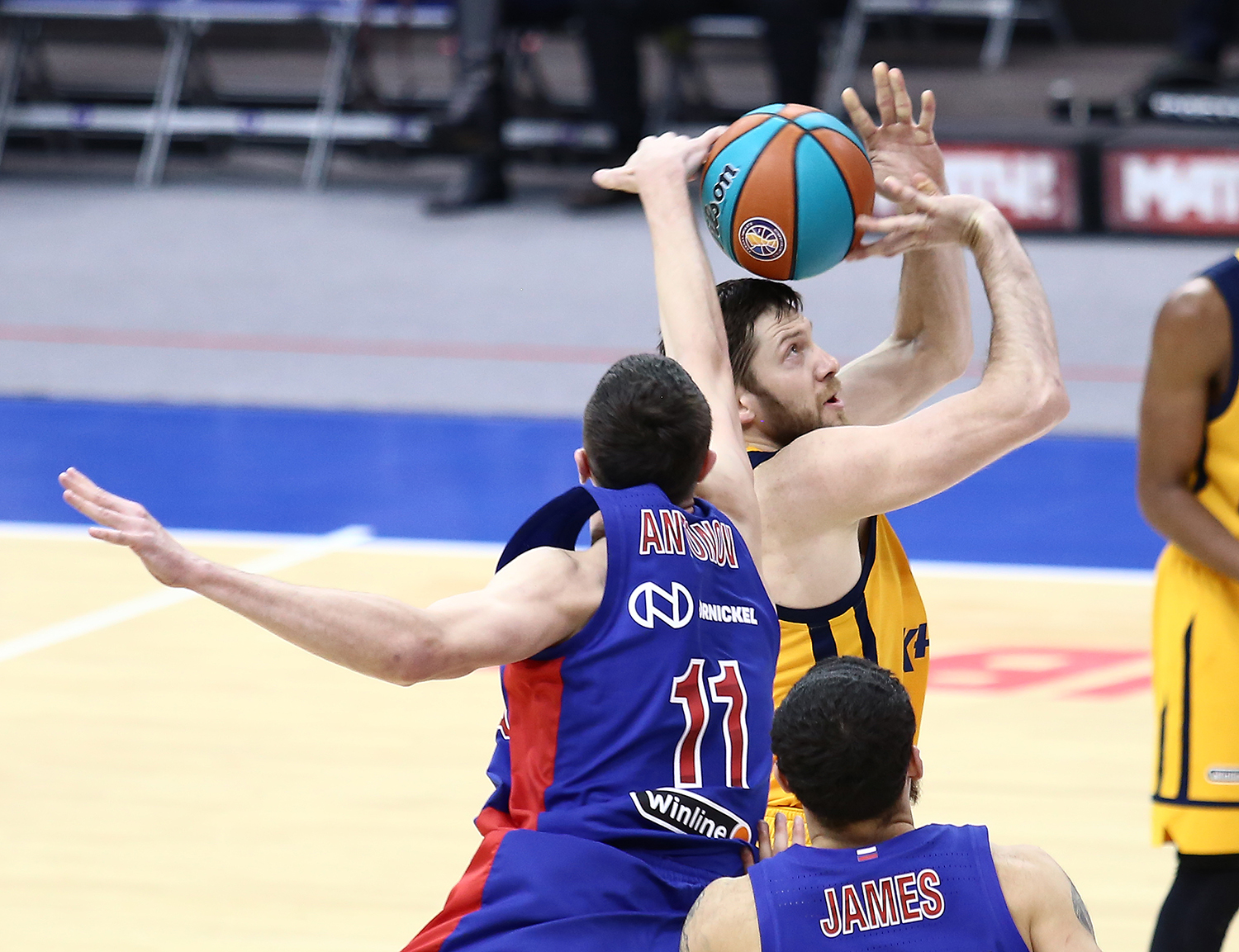 Story
Last season leaders had different goals this time: for CSKA the victory meant the continuation of chasing regular season leaders, for Khimki it would have given the opportunity to settle on the 8th spot.

In the beginning the teams were careful, no one could take over the game. By the middle of the quarter the score was even – 11:11. Then, CSKA had a 10:0 run that was started and ended by Danial Hackett’s threes. For Hackett the first quarter was extremely successful, he scored 10 points and by the next quarter CSKA’s lead was almost double digit (29:15).

The second quarter started with bigmen duel, Johannes Voigtmann, who scored 8 points, and Jordan Mickey. This matchup was taken by CSKA’s center, and the hosts continued to increase the lead. By the end of the first half Errick McCollum and Egor Vialtsev tried to take over the game but Mike James’ drive and his and-one three didn’t let them, +21 in CSKA favor by the half time.

The second quarter started with Anton Ponkrashov’s three but CSKA didn’t let the guests develop the success, Dimitris Itoudis squad were keeping 18-20 point lead despite incredible performance by Jordan Mickey in the third. Only in the decisive quarter CSKA slowed down a bit letting the opponents win the only quarter in the game. However, it didn’t make difference. CSKA took the victory in Leningradka Derby, the first since June 2019.

Hero
Johannes Voigtmann. CSKA’s big didn’t know how to miss, in 18 minutes on the court he scored 22 points on 9/11 shooting (81%). This is his United League career-high.

Stat
15 points scored by Khimki in three of four quarters. Only in the last one they managed to break this rule (28 points) but it wasn’t enough to come back.

Comments
CSKA head coach Dimitris Itoudis:
– We prepared for the game well, played with serious approach in three quarters. Khimki slowed us down a bit with zone defense but, with all respect to the opponents’ defense, it mostly happened because of our mistakes. We are satisfied with the victory and now preparing for the next games.

Khimki acting head coach Andrei Maltcev:
– We spent another game in VTB League, it was 5th game against Euroleague team and in three days we face the 6th. It’s a tough schedule considering roster problems. We used young players tonight and probably, will do this more. I want to congratulate CSKA on the victory, in the first half they showed good basketball. In the second, perhaps, they got soft a bit. Anyway, we started play better, were moving the ball and managed to win the half.