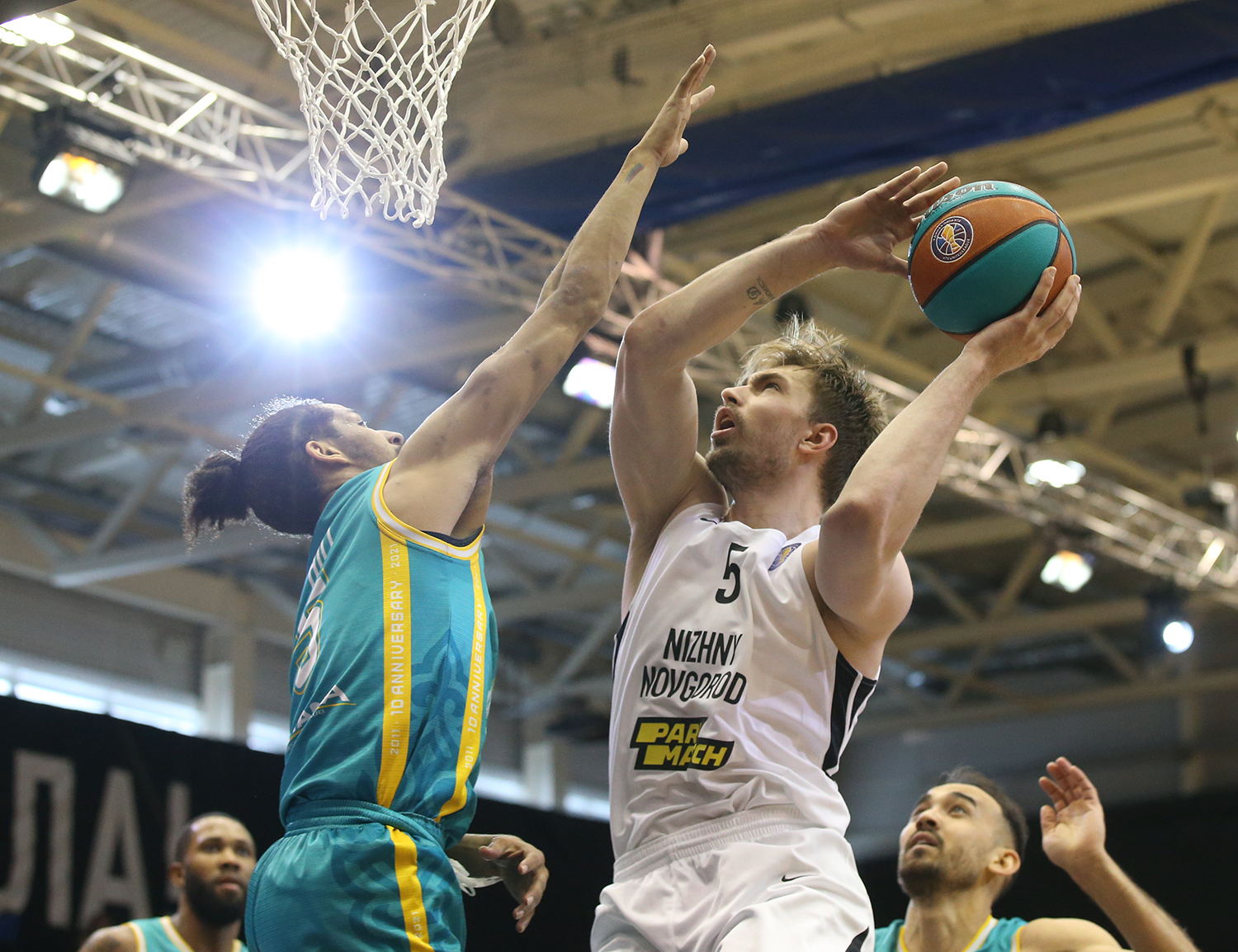 Story
Andrei Vorontsevich scored first two Nizhny’s points, Russian National team captain debuted this season in starting five. By the way, in this game Vorontsevich outpaced Aleksei Kudryavtcev and is League’s 9th best scorer in history – 1755. The first quarter was even, ended up with a little guests’ advantage – 16:13.

The second quarter was led by Astana, by Jeremiah Hill to be precise. The guard caught the rhythm scoring first Astana’s 13 points that quarter. Nizhny had nothing to answer with, the gap turned double digits. Michael Thompson and Maxim Marchuk supported their leader and increased the hosts’ lead to 19 points by the half time.

😱 @J_Hill_5 scored 21 PTS in 1st Half against Nizhny Novgorod! pic.twitter.com/C6zoX3UTLT

The beginning of the second half for the hosts weren’t good, maximum +22 for Emil Rajkovikj’s squad after Thompson’s make. However, Nizhny started to feel their game. Ivan Strebkov’s three started Volga 10:2 run. Using Hill’s fatigue in the second half Nizhny started the chase. Another 7:0 run on the start of the final quarter and the gap was cut to 5 points.

Key moment
At 63:58 on the scoreboard Emil Raikovikj had to take emergency time out. It worked out, Jeremiah Hill’s 5 consecutive points and Vadim Shcherbak’s actions brought comfortable lead back to Astana. But comeback happened. Evgenii Baburin and Aleksandr Gankevich started it, and last minutes were Kasey Shepherd’s performance. Firstly, he hit crucial three and then punished Astana for the backcourt violation. 73:73. Hill’s three wasn’t accurate, and then Shepherd drew a foul and took Nizhny up ahead for the first time since quarter one. In the last possession Astana didn’t risk to attempt game-winner, but 2-point shot by Eric Buckner wasn’t accurate neither. 75:73 – Zoran Lukic’s team celebrated Andrei Vorontsevich’s debut with impressive comeback.

Stat
22 – The gap that was overcome by Nizhny Novgorod

Comments
Nizhny Novgorod head coach Zoran Lukic:
– Victory is victory. We deserved it in the second half. I think my calls was the reason why we played poorly in the first half. I wanted the best, you know the rest. Unfortunately, the team were acting slowly because of it. In the second half we changed the game and increased the pace with quick rotation. I think we got the victory only via our spirit. We knew what we wanted and we achieved it.

Astana head coach Emil Rajkovikj:
– Tough loss, especially after perfect first half and 22-point lead. Unfortunately, we couldn’t maintain this level all 40 minutes long. The cause is rotation. Today we played without two foreigners to give players that stay in Astana for next season more time. We’ll try it again in next games to give players some experience in the United League. They used the time properly, I’m proud of Marchuk and Shcherbak’s game tonight. However, in the ending we lost concentration, couldn’t stop opponent’s pressure and Nizhny punished us. 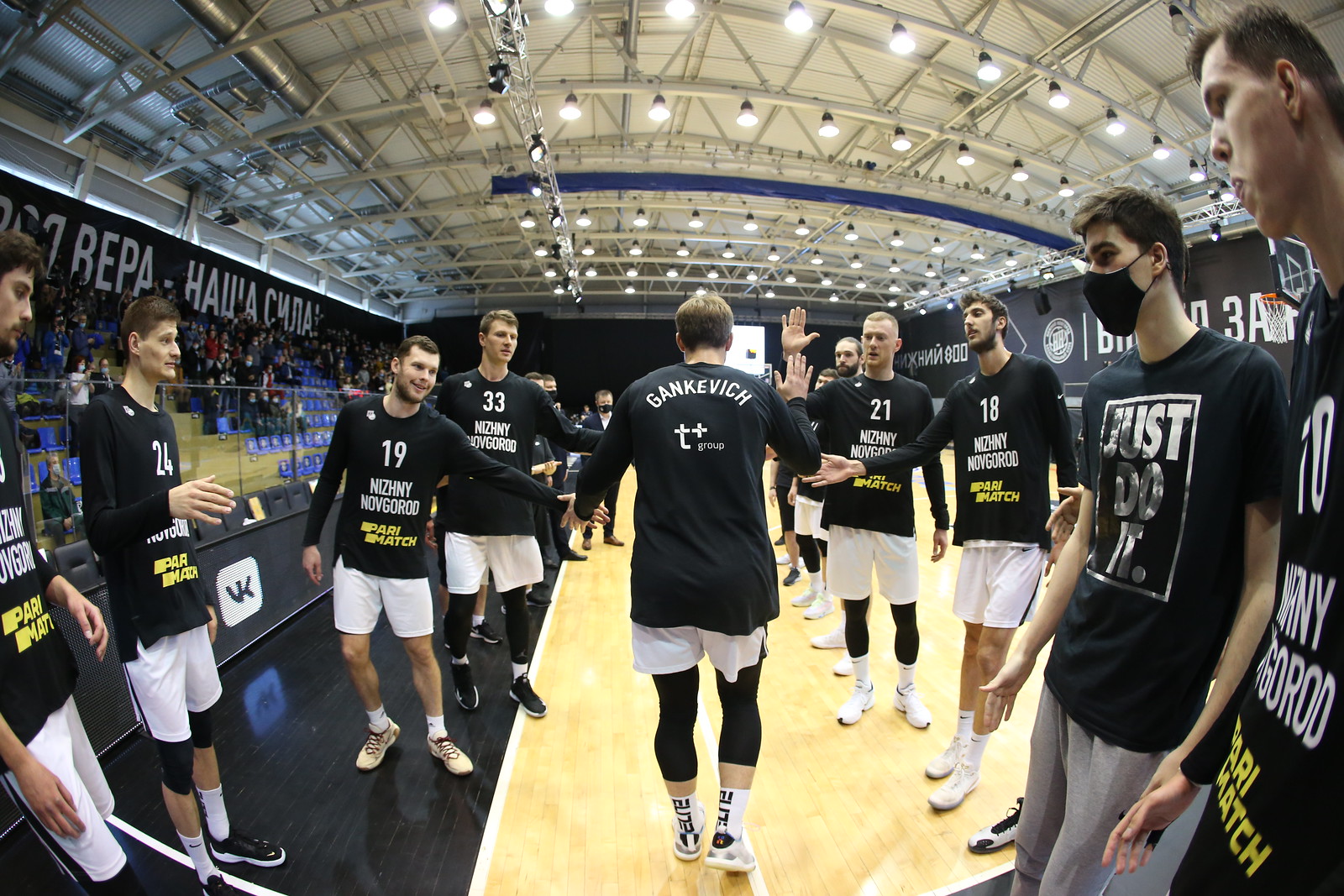