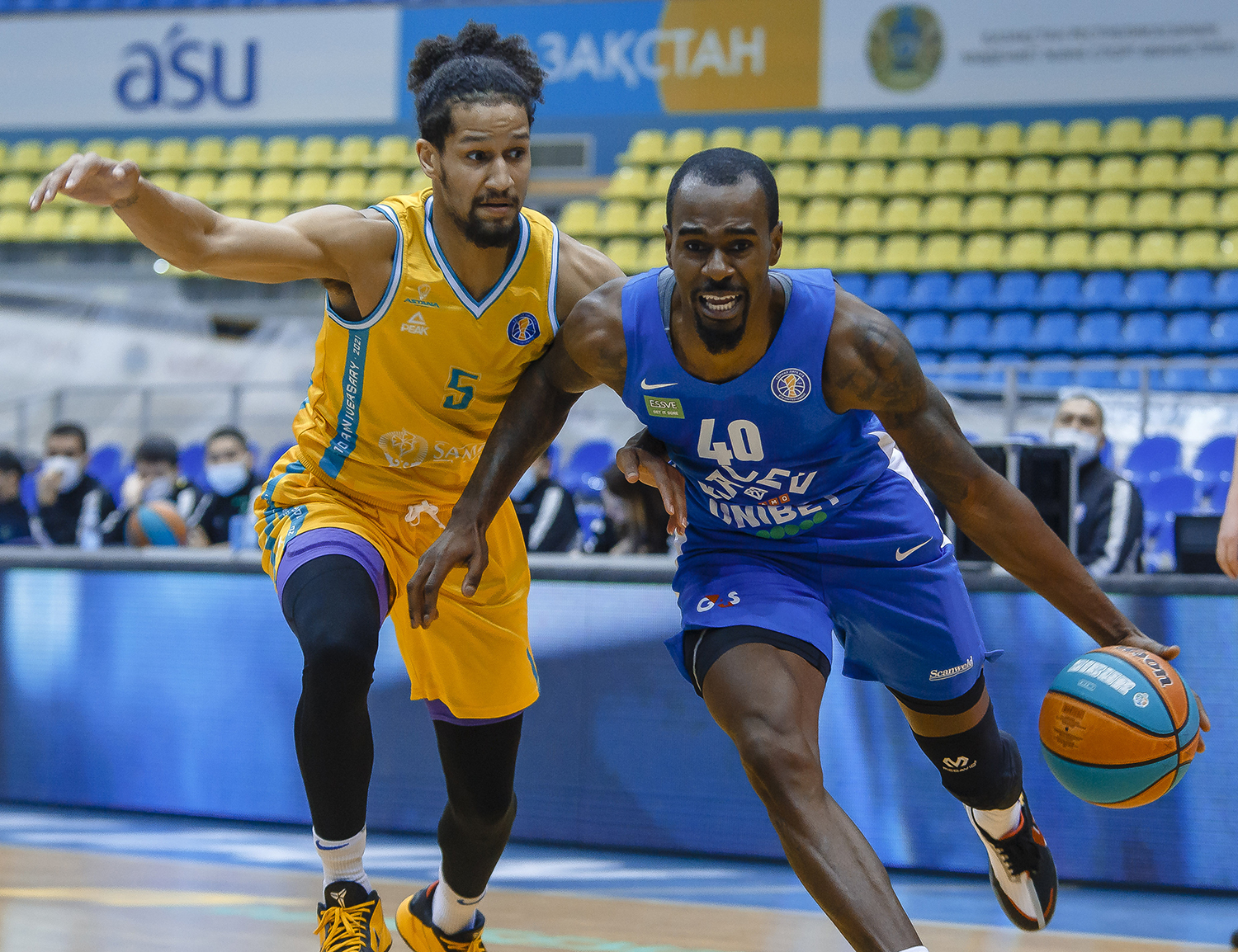 Story
Astana (4-11) approached the game on the 10th spot suffering 4 consecutive defeats. Kalev (3-12) had a 2-game losing streak and were holding 12th spot. Kazakhstan started confidently. Hitting threes the hosts made the opponents enhance the perimeter defense and used it to force the Kalev’s paint – 23:18.

The game changed significantly in the second quarter that was started with Kalev’s 10-0 run: Chavaughn Lewis hit two shots himself and assisted on Kregor Hermet. Astana answered with Michael Thompson’s three-pointer but as a result it was the first of two Astana’s made field goals in the quarter.

Key moment
Another Kalev’s run was made – 15:0. Individual skills let the Estonians score points consistently, the team played confident on the other end of the floor as well. Winning second quarter 25:5 Kalev increased the differential in the third (21:15) and calmly made it to the victory.

Hero
Chavaughn Lewis. The American was the first Kalev’s offensive option. He became the top scorer (21) and passer (6) on Tallinn’s roster.

Comments
Astana head coach Emil Rajkovikj:
– Congratulations to Kalev on the victory, they were better tonight. The opponents were dominating on boards that showed their attitude and will. We weren’t in perfect shape but were fighting for rebounds. It’s hard to win when you score 61 points at home. Thus, we should think of our next steps.

Kalev head coach Roberts Stelmahers:
– I want to thank my team, I am happy with the result. It was a nice win after a break. Tonight’s differential let us recover from -7 defeat at home. Thus, we are satisfied with the victory.