Story
Khimki (5-5)Khimki (5-5) won two last games in the League but after a bad streak in Euroleague Rimas Kurtinaitis was dismissed. Andrei Maltcev is acting head coach right now. UNICS (8-4) are third in the League vis 3 consecutive victories. The start of the game was even: the biggest advantage was only 3 points. After a Stefan Jovic’s three by the buzzer there were 21:21 on the scoreboard.

In the beginning of the second quarter Khimki lost the rhythm, and Jamar Smith activated for Kazan. After another three by the American the guests with 4 minutes left before the half time made a little run (42:35). Khimki managed to reorganize defense closing the perimeter, and it turned out that UNICS can’t offer any other offense strategies. However, the hosts’ duo Alexey Shved – Jordan Mickey started to work. Their actions helped Khimki finish the first half with a minimal lead – 46:45.

There were no changes after the half time, the teams were exchanging points equally. The main hero of the third was Isaiah Canaan who scored 12 points. It let UNICS take the lead by the final quarter – 65:63.

Key moment
The lead was switching all game long, thus there was clutch. A minute before the buzzer Smith took the responsibility and hit a tough shot – 87:85. Khimki answered with Shved’s long-range attempt – miss. In the next possession Jamar lobbed and alley-oop to John Brown. Forward spent the game with extraordinary dedication becoming the centerpiece of UNICS defense. Spectacular dunk by Brown was symbolic as it became the game-winner. The guests in remaining 30 seconds played perfectly at D and even silly inbound turnover didn’t spoil their 4th consecutive victory.

UNICS succeed in Khimki for the first time since March 26, 2018 and saved the top-3 spot. Khimki are 8th now with negative record.

Stat
19 – the number of lead changes. 17 times more the score was tied. It says about the intensity of the game, there was no double digit lead in the game.

Comments
Khimki acting head coach Andrei Maltcev:
– Congratulations to UNICS on the win. I am acting head coach for only 48 hours, thus I want to thank the guys that trusted me. We had only one practice and 2 videos. Things that I emphasized were taken into consideration. At times we weren’t lucky, at times we did some mistakes that were easy to avoid. Thanks to the guys for efforts. The game was good and dynamic, 17 times the score was tied, the leader changed 20 times. Good game. I’m glad I came back to the championship.

UNICS head coach Dimitrios Priftis:
– Tough and special game, as after coach change we were expecting Khimki players to pay more energy and will to fight. Sometimes, these changes work for the team. Today we sticked to the plan. Khimki are a talented team that easily can score 100 points, so we had a challenge not to let them do this. In the ending everything was decided by a few possessions and shots: we scored, they didn’t. Overall, we showed good D that let us win. 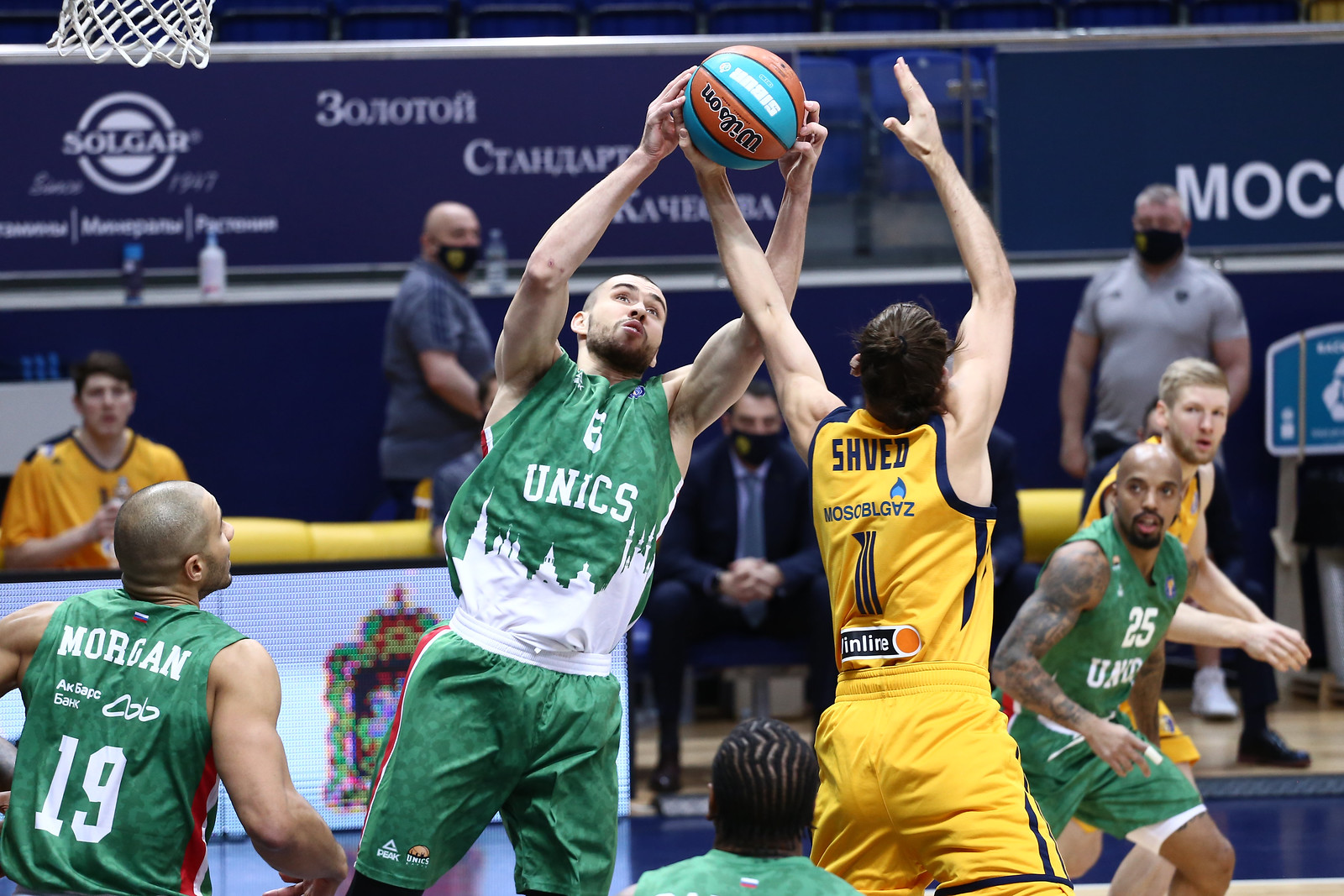