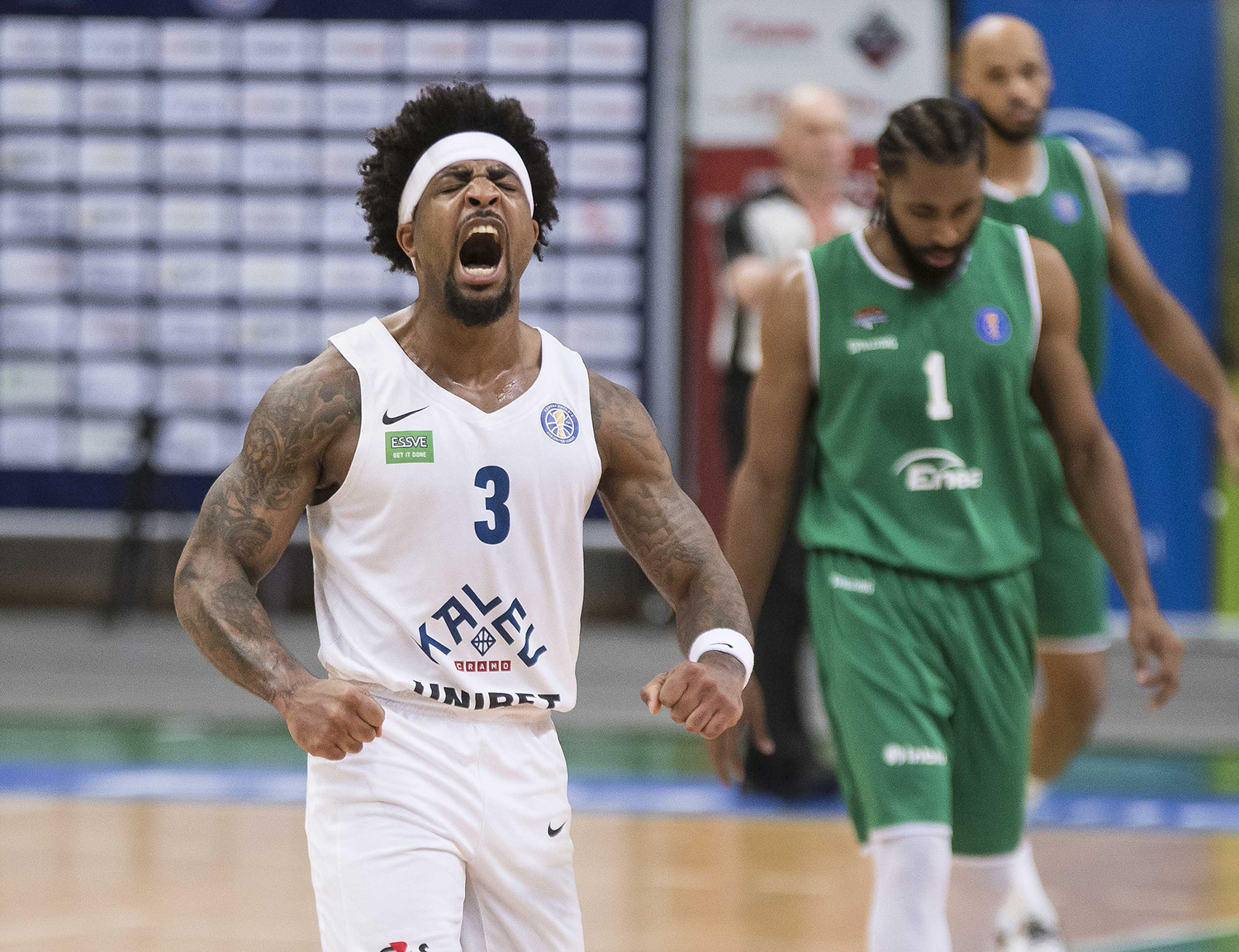 Story
Zielona Gora (13-8) is one of the hottest League’s teams. The Poles had 8-2 record in last 10 games and were holding 5th spot in standings. Kalev (5-13) are on the rise as well. After a victory over CSKA the Estonians had 2-3 in last 5 games and climbed up to 10th spot in standings.

Kalev changed the even game by the second quarter. Guests’ run started with Marcus Keene’s three and then Janari Joesaar scored 2 threes in 36 seconds – 28:23 in guests’ favor. Duo Keene – Joesaar was hot in the second quarter as well. They scored 6 from 9 threes combined by the half time, 29 points. The Estonians hit 62% of their field goal attempts, were moving the ball well and were better on boards gaining 11-point lead after 2 quarters of play – 56:45.

In the second half Zielona Gora rearranged the defense improving perimeter D. Kalev lost the momentum at offense, they hardly could score. For guests Rolands Freimanis turned on, Lukasz Koszarek played well. By the decisive quarter the gap was cut to 5 points – 74:69. Zielona Gora started the fourth quarter with 2 long-range shots by debutant Adam Smith entering clutch with minimal lead, 79:78.

Key moment
On the last minutes individual skills became the key. Zielona Gora that lost Geoffrey Groselle in the first half couldn’t find a player to lead in clutch. On Kalev’s roster it was Marcus Keene. With 1,5 minutes left in the regulation he scored in a drive after crucial steal by Maurice Kemp, and then hit 2 threes without any struggle – 95:86. The Poles fouled intentionally but couldn’t recover.

Comments
Zielona Gora head coach Zan Tabak:
– First of all, congratulations to opponent – Kalev spent hard, aggressive and physical game. Most of the time we couldn’t compete with their intensity. They did everything a step quicker.

Kalev head coach Roberts Stelmahers:
– It was a perfect game. We played against very good and disciplined team. We are glad we won. There are 12 players in my team, not only Joesaar and Keene, everyone did their part.