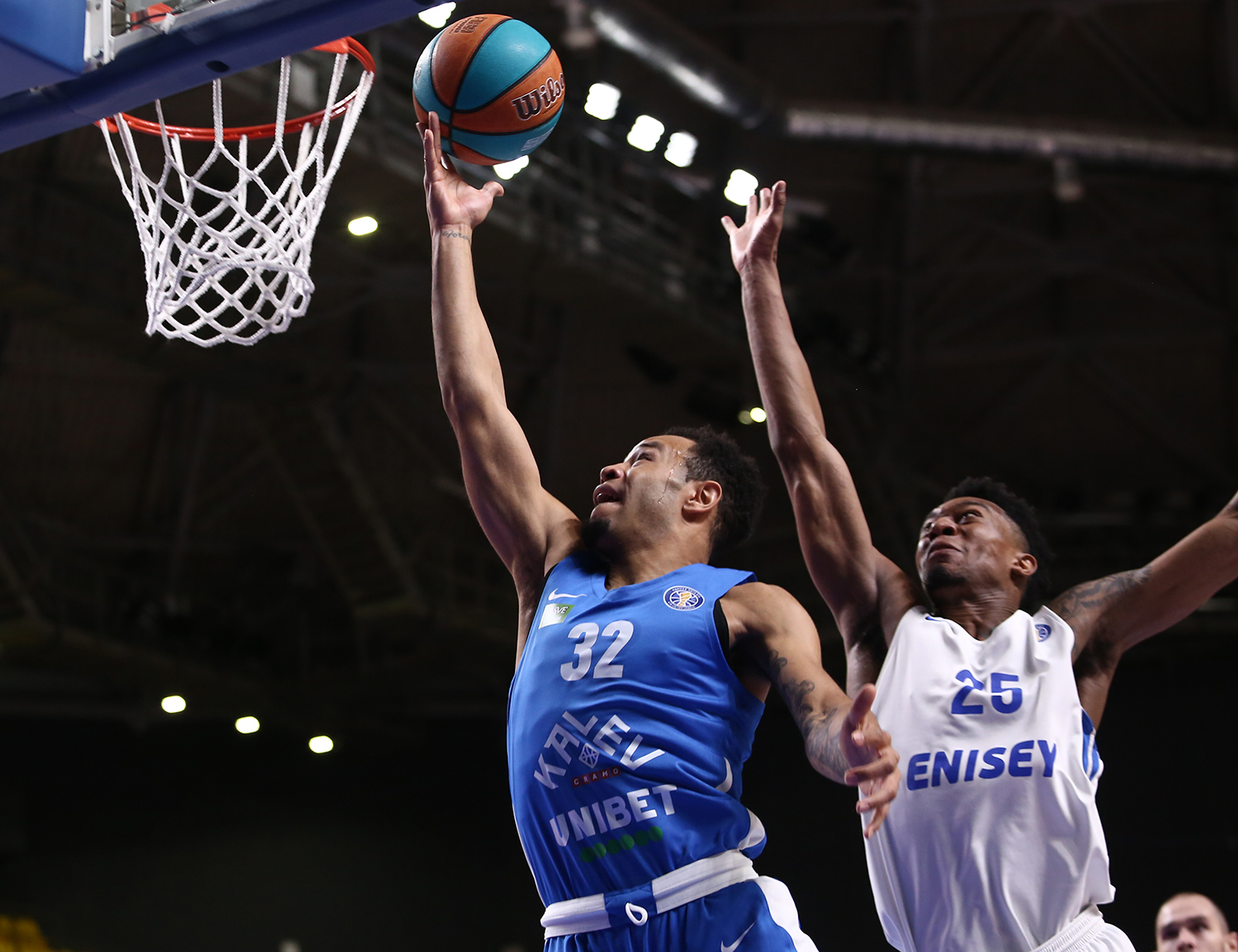 Story
Kalev arrived in Krasnoyarsk, having already solved their problems – according to the results of the regular season, the Estonian club took the 10th place. But the Siberians risked losing their current 11th place. To avoid a fall, Enisey had to show a result no worse than Astana, which hosted Tsmoki-Minsk in a parallel game.

In the debut of the meeting, the main character was Alexander Gudumak. The hosts’ forward showed a versatile attacking skillset: he scored from the paint, from mid range, in a fast break and from the free throw line. He was actively supported by his teammates, and Enisey quickly achieved a double-digit advantage. The Siberians finished the first quarter with a margin of 16 points – 30:14.

The Estonians joined in the offense only in the second 10-minute. In response to the dominance of the “big” Krasnoyarsk citizens, the Estonians activated their American foreigners Chavaughn Lewis and Marcus Keene. The guests had Kregor Hermet and Rauno Nurger as “jokers”. For two, by the long break, they scored 16 points, which allowed Kalev to slightly reduce the gap – 37:49.

The third quarter started with a 7-point spurt of the guests. And soon Marcus Keene exploded with a series of efficient actions. Three accurate shots of the American in a row for the first time in a long time brought Kalev up ahead – 54:53. But the Siberians found their own answer to their opponent. The ending of the quarter was marked by the Russian players of Enisey. Ivan Viktorov, Mikhail Kulagin and Artem Komissarov scored 18 points in three minutes and returned the lead to the hosts – 71:64.

Key moment
The game was not without a clutch. Through the efforts of Marcus Keane and Marques Townes, the guests regained the lead in the final quarter. In the end, Keene’s “three” became decisive, a minute before the final buzzer. After it, Kalev took the lead “+5” – 90:85. Enisey had chances of salvation, but their own shooters let them down. In one of the possessions, the hosts missed four shots at once from beyond the arc, after which they had no time left to chase an opponent.

Although Enisey lost in this meeting, thanks to the victory of Tsmoki-Minsk over Astana it still retained the 11th place in the regular season.

Hero
Marcus Keene. From the very first minutes he was guarded hard, which, however, did not prevent him from playing another brilliant game. The guard provoked a comeback for the guests in the third quarter and scored several key shots in the end. As a result, he scored 28 points and became the top scorer of the game.

Comments
Enisey head coach Drazen Anzulovich:
– First of all, I would like to congratulate Kalev on a well-deserved victory. In the first quarter, we showed the kind of game that we should show for all 40 minutes, but in the second half we ran out of energy and did not have enough strength, especially to stop Keene. I thanked the players after the game in the locker room, in particular Misha Kulagin and Kerron Johnson, who entered the game with injuries, but they had a desire to help the team.

Kalev head coach Roberts Stelmahers:
– We didn’t start this game very well. Enisey looked better at the start than we did. But we gathered our thoughts, turned on the protection and everything went in our direction. It’s always nice to win on the road. 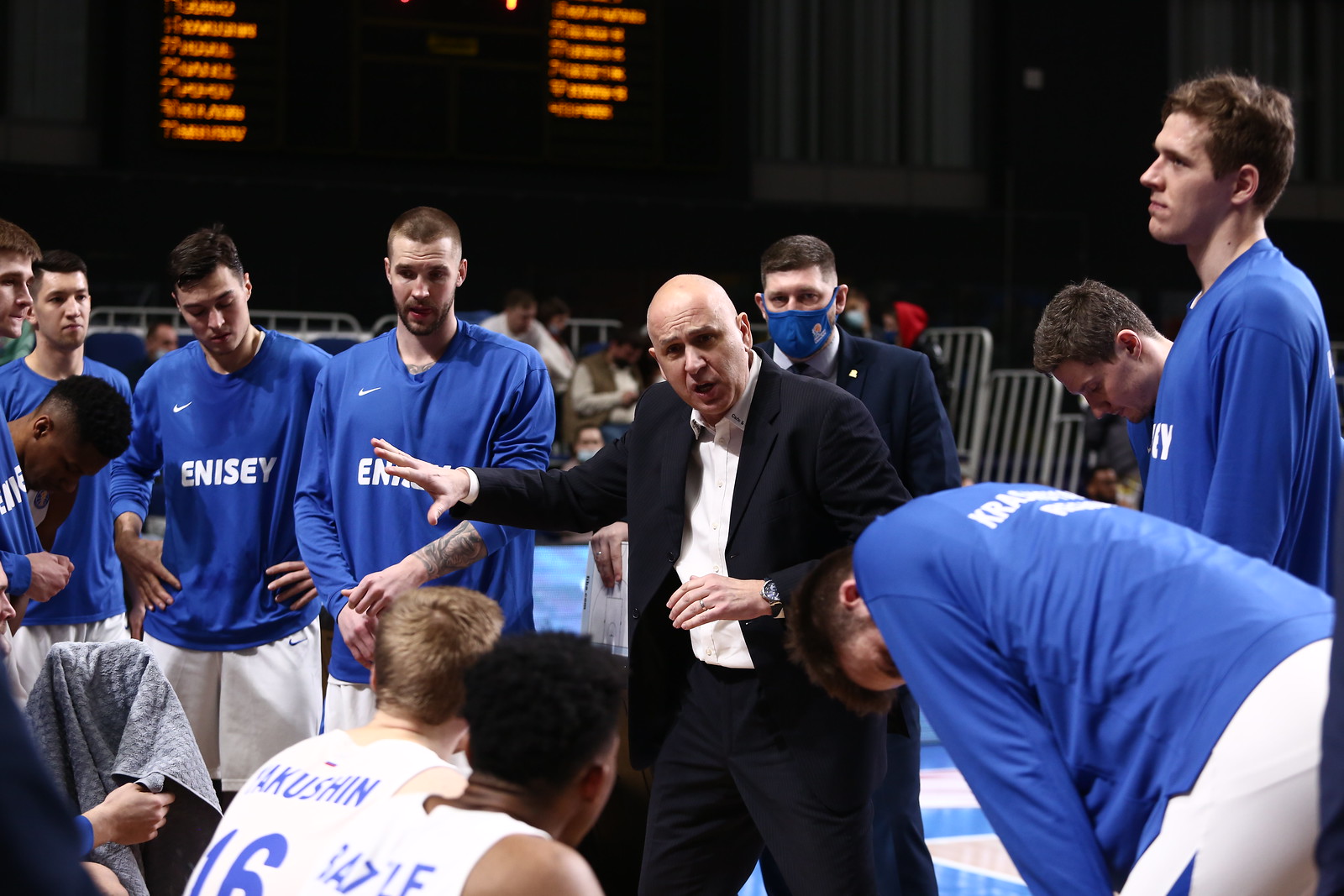