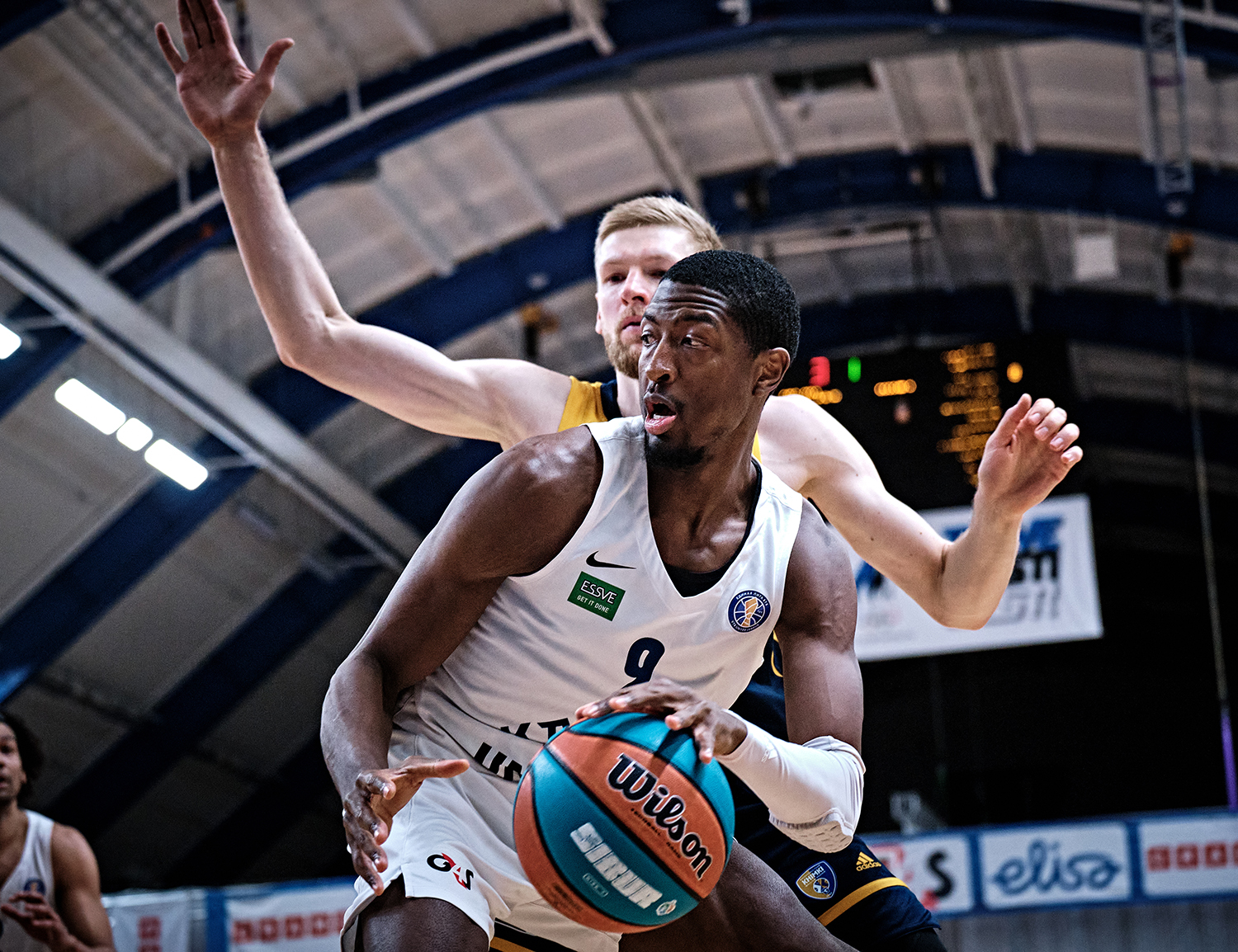 Story
Despite their loss in the last game, Khimki could still contend for sixth place: If they were successful, they could close the gap to one win. Kalev had their own goals for the tournament. The Estonians lost two games in a row and risked losing 10th place to Enisey.

The opening 10 minutes of the game did not reveal a clear favorite. At the end of the quarter, the home team, led by the duo of Devin Thomas and Marcus Keene, proved slightly more successful. The Americans made 11 points, giving Kalev a 22-17 lead. The game remained the same in the second quarter. The home team kept quite slow rhythm, focusing on offense in the paint. Janis Kaufmanis’s three-pointer three minutes before the buzzer brought some freshness to the game. The home team’s offense focused on long-range shooting and they got it right: In addition to Kaufmanis, Marcus Keene and Chavaughn Lewis made one three-pointer each. Thanks to their aggressive sniper play, Kalev’s lead grew to nine points by halftime – 50-41.

Everything changed in the third quarter. Khimki picked up the pace and went on a 13-6 run. Effective play of Evgeny Voronov and Viacheslav Zaitcev combined with solid defense helped them take a 67-65 lead heading into the third quarter.

At the beginning of the final quarter, Maurice Kemp helped the home team. The American scored 7 points and allowed Kalev to go on a 12-point run – 77-67.

Key moment
The visitors surged ahead and brought some excitement back into the game. Khimki got their hopes up by Anton Ponkrashov. The guard made a drive shot and the visitors’ lead was cut to 3 points with 2:11 left in the game – 82-79. However, Khimki lost the ball on their next possession, and that same Maurice Kemp scored a spectacular dunk on a breakaway. The visitors had to rely on tactical fouls, but the Kalev players kept their heads cool and held on for the win.

Hero
Maurice Kemp. The American forward’s 13 points in the final quarter helped Kalev regain the initiative and take the game to victory. Kemp had a total of 24 points and 23 efficiency points.

Stat
2 – In the 10-year history of the rivalry, Kalev beat Khimki for only the second time. Both wins were made at home court.

Comments
Kalev head coach Roberts Stelmahers:
– It’s always nice to beat a good team, especially at home. It’s a shame there were no spectators in the hall, but they watch our games and support us from home. We knew it was going to be a tough game. Despite the fact that Khimki lacks star players, they have strong Russian basketball players who play to the end in every situation.

Khimki head coach Andrey Maltsev:
– I congratulate Kalev on a good game. Our opponent played with a good energy today and showed team play. We are done with Euroleague and are now focused on the playoffs of the VTB League. Unfortunately, a lot of our key players are injured and that affects the outcome of the games. We’re looking forward to the playoffs, but we don’t know yet who we will play. One way or another we’ll fight till the end and it won’t be easy for our opponents. 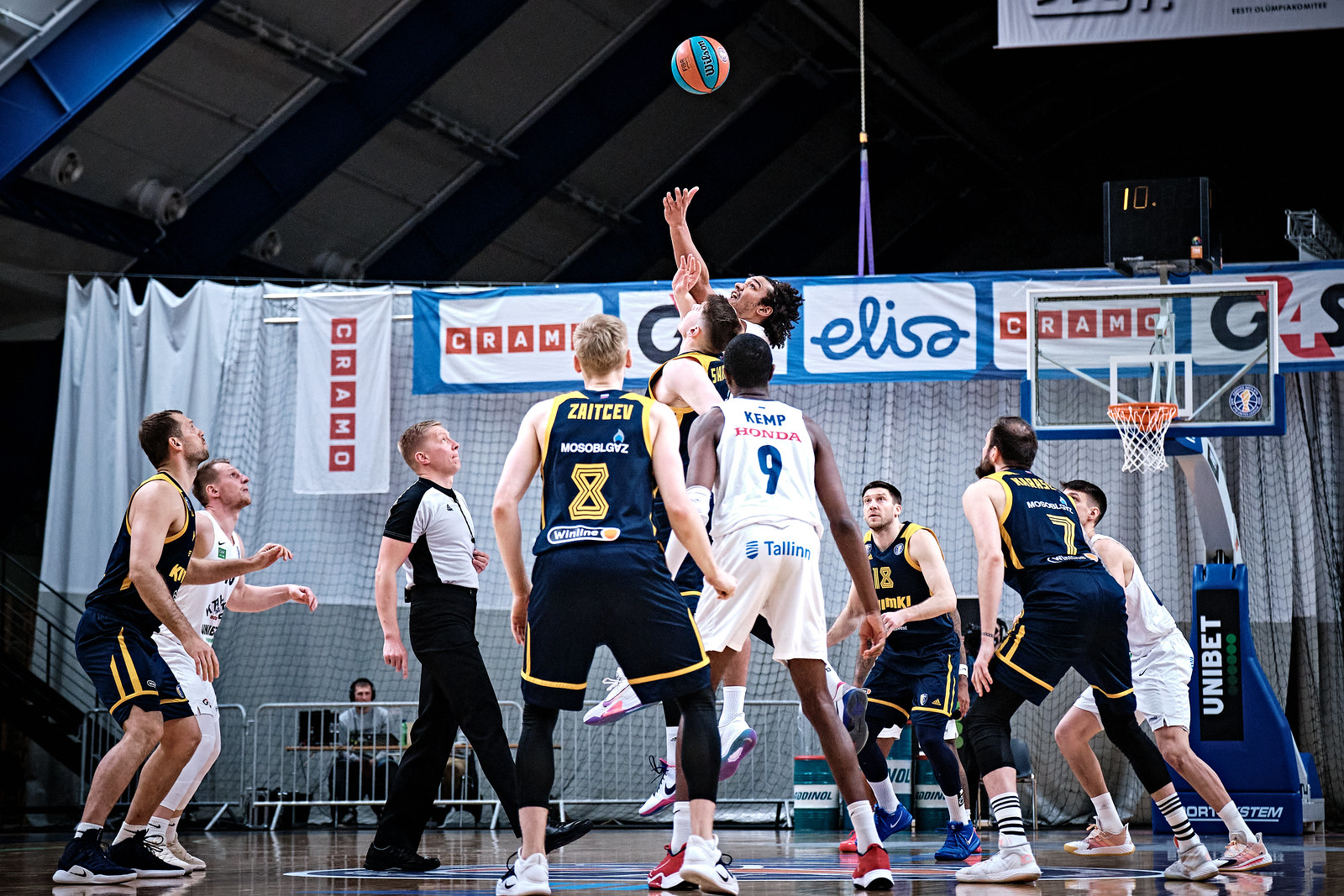