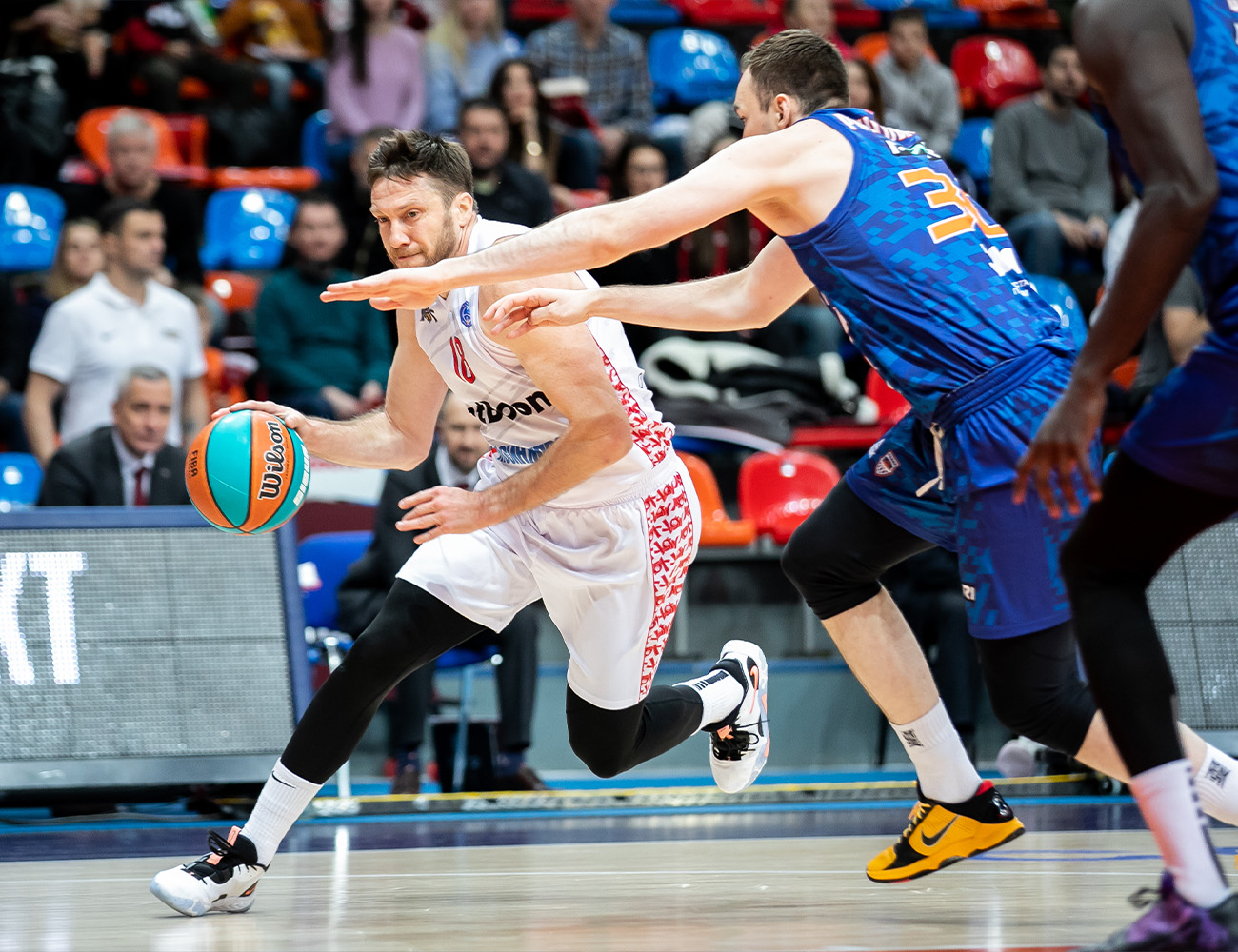 Game progress:
MBA had the second loss in October game against PARMA-PARI (70:78), and for the second game got 7 wins and 4 losses and the 4th place, the Perm team had 5 wins and 6 losses and the 7th place in the standings.
The teams had the high pace since the start of the game and the score changed quite fast. Both teams were focused on offensive game, were not afraid to make mistakes and shoot three-pointers. MBA succeeded more and got the lead, but Gleb Sheiko and Danila Pokhodiaev shots let the Perm team to trail only 3 point at the end of the first quarter 27:24.

In the second quarter, MBA had the same game focusing on three-pointers, PARMA-PARI had troubles in offense. The Moscow team made 9 out of 14 threes (64,3%) against PARMA-PARI 3 out of 13 in the first half. Evgeniy Voronov (15 points), Andrey Lopatin (13) steadily scored. MBA had the right tempo and had double-digit lead at the end of the first half (53:40).
MBA continued to boost the game in the second half, and even Aleksandr Khomenko injury did not stop the Moscow team. Timofey Yakushin and Daniil Kastkin three-pointers let MBA to had a 21-point lead – 76:54. Evgeniy Pashhutin took a time-out, after which Bryon Allen scored 2 three, made free-throws and left chances to PARMA-PARI to come back.

The key moment
In the fourth quarter, the teams scored points in almost every possession: MBA held the game, PARMA-PARI tried to putt the opponent to the ending. And the eighth minute of the fort quarter decided everything, when Kasatkin scored a three-pointer over the bigman, 11-point lead turned into 97:80! After the guests’ time-out, Kasatkin scored three again and theoretically end the game.
MBA made 15 out of 24 threes (62,5%), had a rematch over PARMA-PARI and strengthen in the Top-4.

Hero
Daniil Kasatkin led the team after Khomenko injury. His three-pointers guaranteed the Moscow team the win. He became the best scoring player in MBA – 24 points and 10 out of 15 from the game.