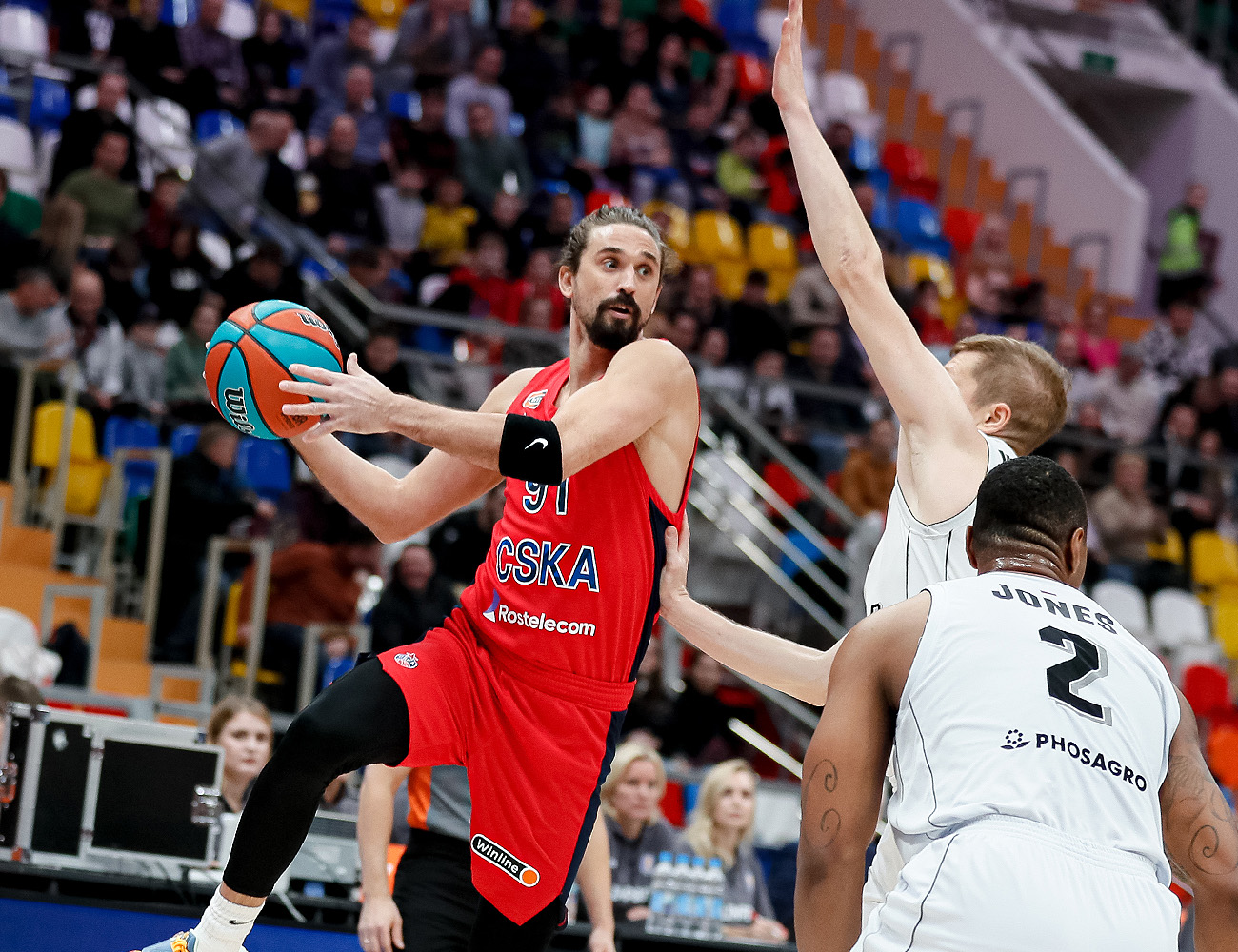 Game progress
CSKA was undefeated for 11 games. But Avtodor has also been on the move, after Darko Russo assigning, the Saratov team won 2 games in a row.

The first 10 minutes was controlled by the Army team. Although CSKA did not score three-pointers but scored most of the points in the paint — Avtodor could not find how to fix it. Alexey Shved, then Nikita Kurbanov, then Nikola Milutinov scored. However, the guests did not let the Moscow team go further than 5-6 points.

The teams also started the second quarter with shots exchange, but Samson Ruzhentsev came off the bench and started bright game. Two fast-breaks, a three-pointer, 7 points from Ruzhentsev in a row – and CSKA lead became double-digit — 38:28. During the quarter, the difference was 15 points and the teams ended the first half of the game with the score 49:36.

The key moment
The start of the second half also started bad for the guests — the Army team 7:2 run and 18 points lead. But the Saratov team still had one more chance – the team unexpectable started to score threes. Rade Zagorac (twice), Danilo Nikolic and Vitalius Pranauskis made 4 long-range shots in a row. CSKA lead turned into only 7 points — 61:54.

But this was the last Avtodor splash in this game. Nikola Milutinov let the Volga team foul him in the paint and scored free-throws, Livio Jean-Charles and Alexey Shved supported the team leader, but the Saratov team shots percentage went down. By the beginning of the qourth quarter, CSKA led by 15 points — 75:60. Another run led by Ruzhentsev finalized the game. CSKA wins 12 games in a row.

Hero
Samson Ruzhentsev. Although Nikola Milutinov traditionally made a huge contribution, Ruzhentsev perfectly lighted the team from the bench and gave his best game in the VTB League. Ruzhentsev had only 17 minutes on the floor and score 21 points. Before that, the season high was 12 points against MINSK.

Numbers
Nikola Milutinov finishes the 6th game in a row with a double-double. Alexey Shved also made a double-double, making 11 assists – a season high.