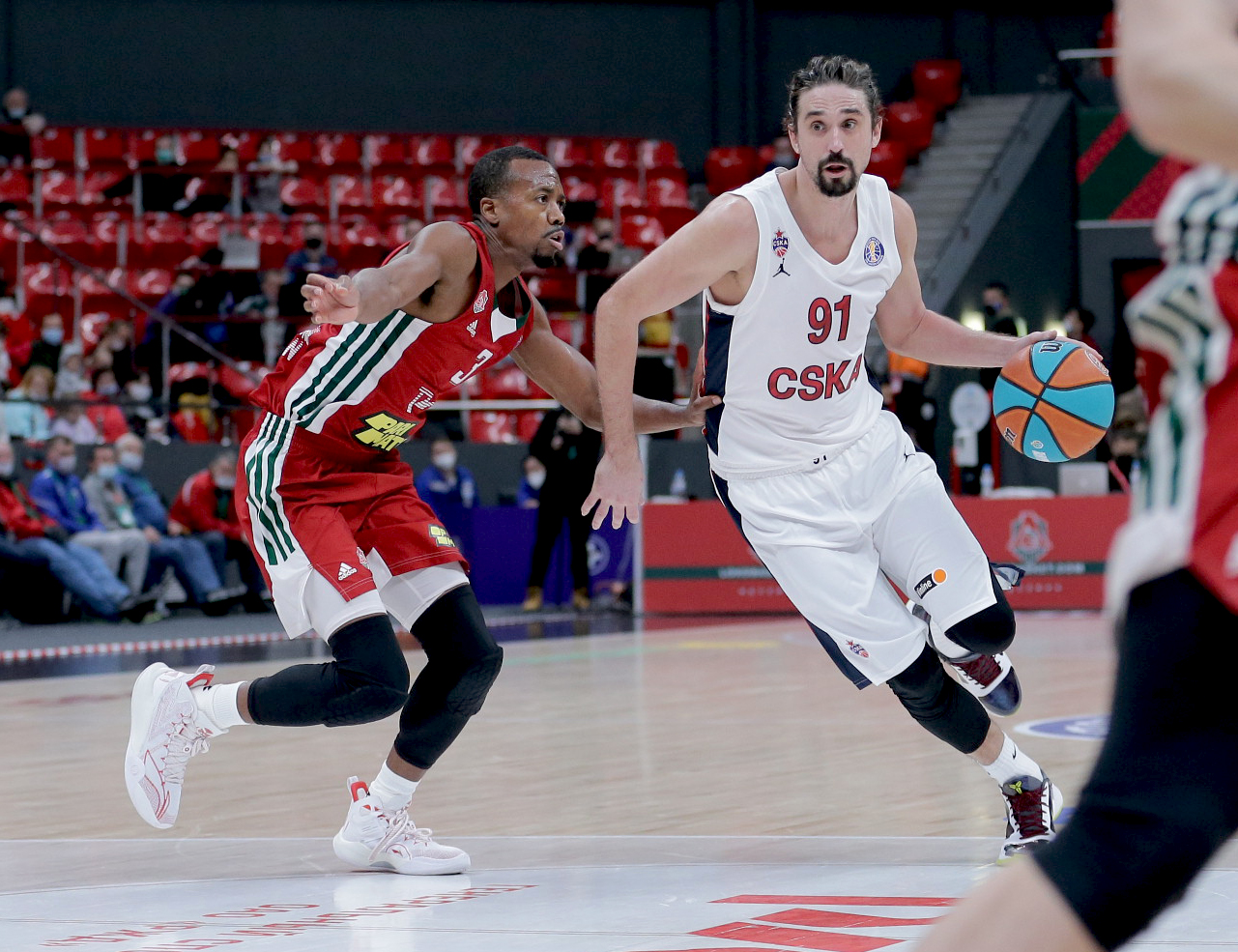 Game progress
Lokomotiv Kuban and CSKA approached the Game of the Week with the same result in the standings – 4-2. Having spent 18 days on forced vacations, Loko stalled at the start, having made a series of turnovers. The Army team quickly took the lead – Alexey Shved was good, scored 3 of 4 from behind the arc in the 1st quarter. The Krasnodar team game was refreshed by the debutant Quinn Cook and Alan Williams. And 0 out of 3 from behind the arc against CSKA’s 5 out of 11 allowed the Moscow team to maintain the advantage. The starting segment ended with Will Clyburn hitting the buzzer-beater 3-pointer – 25:18.

Having created a comfortable lead, CSKA continued to control the game. The Army team looked confident in their own half, and did not allow the hosts’ snipers to shoot, closing Errick McCollum and Loko bigmen. Rebound was also left to the guests. The teams went to the break with the score 44:35 – CSKA lead.

In the 3rd quarter, the course of the game did not change. CSKA continued to maintain solidity in defense and an advantage on boards, and spot shots from a long distance stopped all attempts by Loko to return to the game. For the final 10 minutes, the Army team left with a double-digit lead – 66:54.

The key moment
McCollum’s 7 points returned Loko to -10 and gave hope, but CSKA quickly extinguished this try. An important role here was played by Nikola Milutinov, who got another offensive rebound and dunked after the pick-and-roll with Shved. It turned out a key factor for the Army team this evening. In the end, Evgeny Pashutin gave the reserves the opportunity to play.

Hero
Alexey Shved. A reliable defense and effective actions by Shved is CSKA’s winning formula in the Game of the Week. The star guard, who is gaining form, recorded 17 points (5 out of 10 from the field), 3 rebounds, 7 assists and 2 steals with 2 turnovers.

Comments
Evgeny Pashutin, Lokomotiv Kuban Head Coach:
– In the first quarter, we held off CSKA leaders, managed to keep an acceptable difference in the score in order to be able to return to the game. But due to the aggressive struggle, the opponent was able to make important rebounds, received second chance points. Only in the final quarter, the team began to play more harshly, as the opponent did throughout the game. We have to demonstrate such defence for the entire 40 minutes. In attack, we need to add – we need fast ball movement, we need to minimize turnovers.

Dimitris Itoudis, CSKA Head Coach:
– I think we were composed and determined, congratulations to my team. We played against the team that can score, numbers say so, before the game they were leading the league on offense, but they had problems on defensive end, giving up a lot of points. Definitely, Loko can run the floor, they play strong on rebounds but we still managed to keep them below 70 points. That showed our intentions. We changed our defense in just two days after Panathinaikos game, that was another adjustment that team did, rotation and coverage were different. The team changed colors like chameleon. 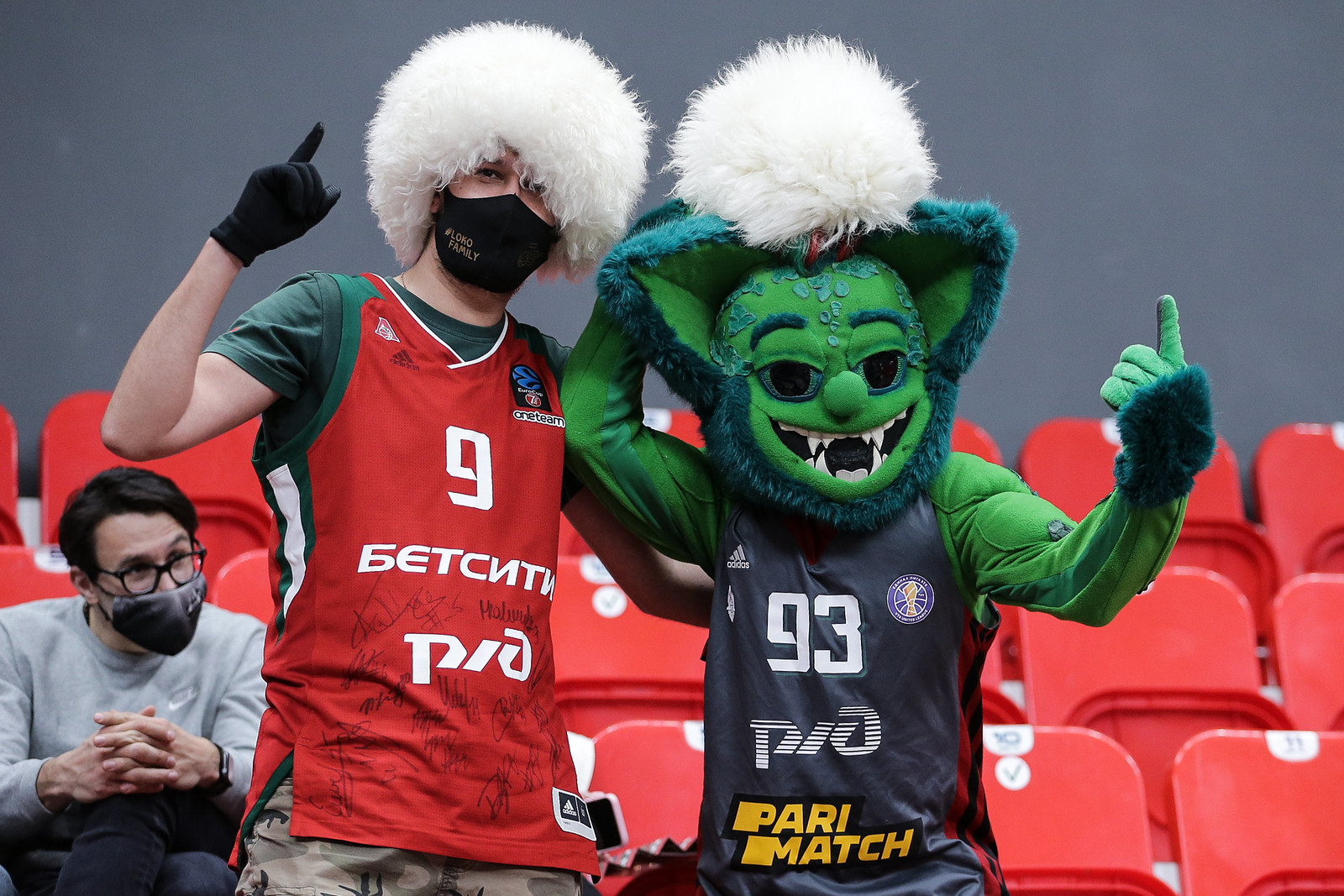