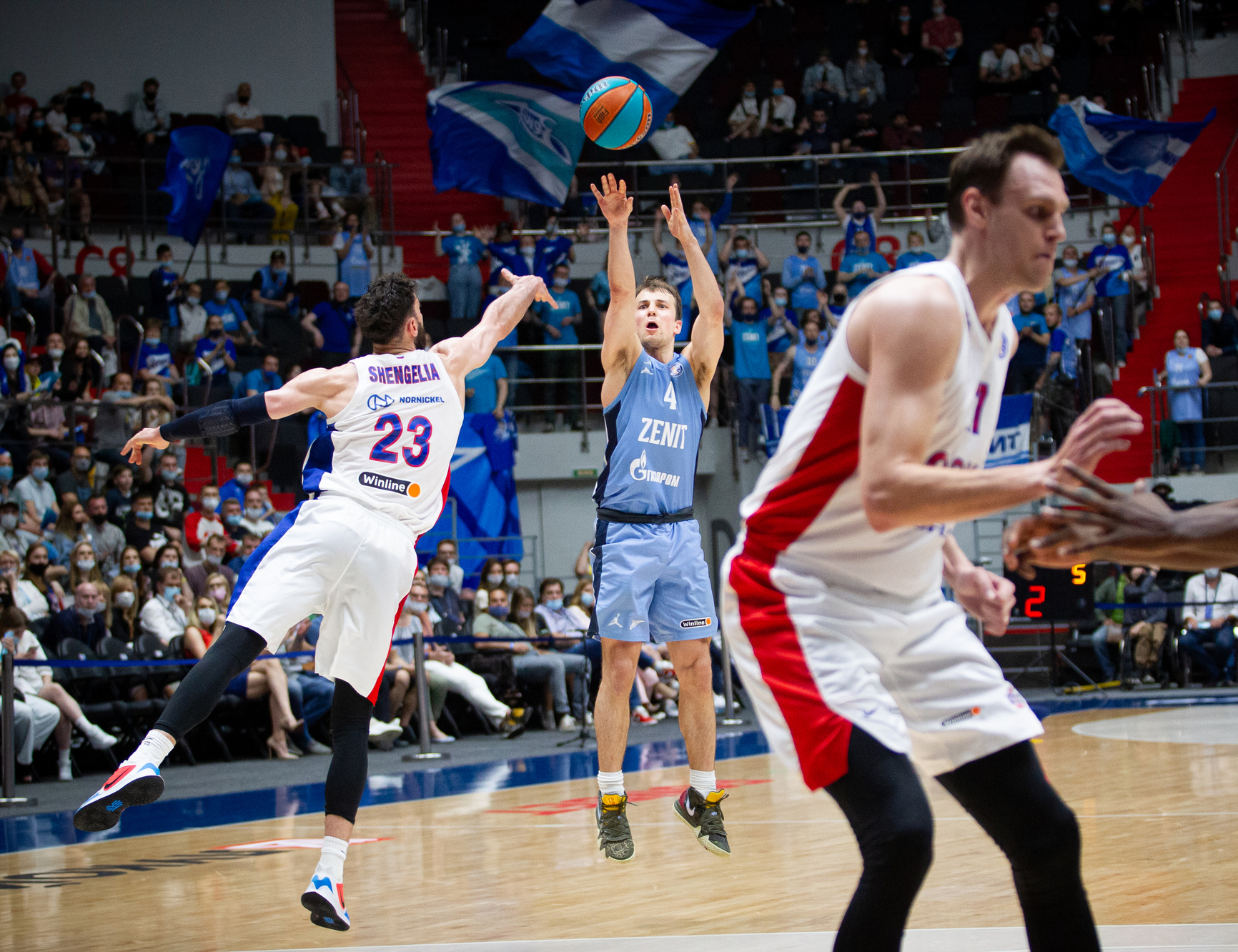 CSKA snatched a win in game one of the series and came into game two with the intention of building on its success. Tornike Shengelia and Michael Eric led the Army team on an 11-4 run. However, Austin Hollins and Tarik Black evened the score, after which the game went from strength to strength. Not the most productive first quarter was 15-15, when Darrun Hilliard made the final score of the 10-minute period, 18-15.

Zenit took over at the beginning of the second quarter. Though CSKA quickly seized the initiative, the play of Denis Zakharov, who had seven points in a row, kept the visitors close – CSKA held a one-point lead with 2.5 minutes to go in the half. But the Army team suddenly picked up the pace and went on another 9-2 run, thanks to the efforts of Shengelia and Will Clyburn. CSKA pulled away for good in the first half, 39-31.

CSKA continued to control the game in the third quarter, already leading by double digits. Though Kevin Pangos and Tarik Black kept Zenit in the game, the Army team kept their efforts to nullify the lead every time, continuing to build their lead. However, a Zenit mini-run of 6-0 shortly before the end of the first 10 minutes made the lead less disastrous, 59-51, before the final stretch.

Key moment
The fourth quarter began with a strong run by Zenit, as Billy Baron and Will Thomas combined for two more shots from beyond the arc to tie the game. CSKA tried to regain the initiative, but Pangos and Baron, gaining confidence, continued to shoot successfully from beyond the arc. With two minutes left in regulation, Pangos put Zenit ahead for the first time since the second quarter, 72-70. Shengelia evened the score, but Pangos answered right away with another scoring strike. Schengelia’s missed shot forced the Army team into a tactical foul tactic at 74-72. Andrei Zubkov converted only one free throw out of two, and on the return possession with 3 seconds left in regulation time, Shengelia rehabilitated his previous mistake by tying the game. 75:75 – overtime.

In the extra five minutes, Xavi Pascual’s team continued to dictate terms to their opponent. A three-pointer by Vladislav Trushkin and a nice layup by Pangos gave Zenit an 82-78 lead. CSKA responded with some ultra-reliable play – passes from Will Clyburn in hopes of forcing Zenit to foul trouble if not to score. This tactic worked, and CSKA evened the score again. The first overtime period did not produce a winner, 87-87.

The second five-minute period, however, was very productive. Zenit got their first lead of the game, an 8-0 run, which proved to be crucial. Even though Daniel Hackett tried with all his might to catch up, Pangos and Baron kept scoring once and again. Pangos’ last shot was decisive: CSKA would barely make up their 5-point lead with 4 seconds left in the game. Zenit tied the series at 1-1 before moving to Moscow.

Hero
Kevin Pangos. The Zenit guard had an outstanding game, coming within one step of scoring a double-double (27 + 9 assists) and playing a key role in his team’s fourth quarter and overtime runs.

Comments
Zenit head coach Xavier Pascual:
— First of all, I want to thank all the fans that were with us, they helped us in difficult moments. Today was a game where both teams could win. Almost the whole game went point by point. In the first twenty minutes of the game we were ineffective, that’s why CSKA was able to take the lead. In the third quarter they played great. We played better on defense, but they managed to score in tough situations. In the last part of the third quarter we managed to cut the lead a little bit. From the fourth quarter until the end of the game we had opportunities to win, both in the first overtime and in the second. We’re back in this series, now we need to recover and wait for the next game in Moscow.

Next
Game 3 takes place on May 22 in Moscow 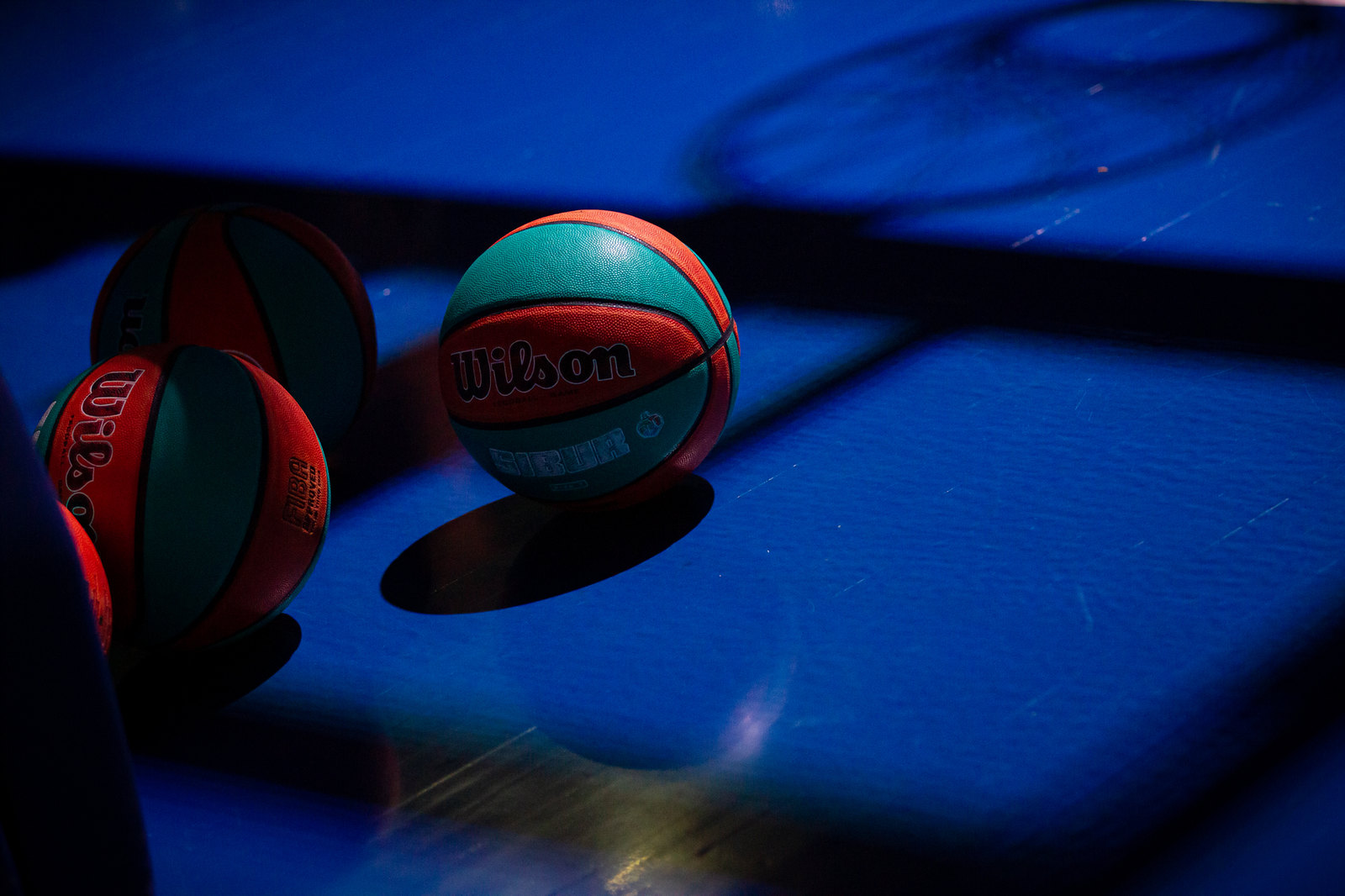