Story
Despite their guests’ status, Nizhny began their first playoff game very confidently and for much of the opening 10 minutes they fought CSKA evenly. With two minutes left in the quarter, the home team led by only +1. In the remaining time, however, CSKA noticeably improved on defense, forcing Volga committing turnovers. The Army team’s 10-0 run over the next two minutes and nine turnovers in one quarter put Nizhny in a difficult position. Once the second quarter began, another mistake by the visitors and a three-pointer by Iffe Lundberg increased the CSKA lead to 26-12.

But the game was just beginning. Nizhny Novgorod came to its senses and slowly began to cut the gap, looking much more organized on offense in the second quarter. Before the end of the first half, Sergey Toropov and Alexander Chadov orchestrated a 6-0 run, then Artem Komolov stepped up. His 9 points in the final seconds of the quarter helped Nizhny Novgorod not only close the gap, but go to the break with a 38-37 lead.

Key moment
The start of the third quarter was not very high-scoring. The Army team seized the initiative, but could not pull ahead by a comfortable margin. But CSKA held a two-point lead at the end of the quarter – Lundberg and Daniel Hackett combined for 12 points on the drive, and on the final possession Tornike Shengelia put CSKA back into a double-digit lead, 59-48. CSKA defense worked brilliantly again, allowing the visitors to score only 10 points in one quarter. In the final 10 minutes, Nikita Kurbanov came through with his 7 points, after which the rest of the game was a formality as CSKA continued to build its lead, taking a 25-point one.

Hero
Johannes Voigtmann was efficient all game long. He collected a double-double (13 + 10 rebounds, 4 in offense), 5 assists, a steal and 2 blocks. The German led the game in efficiency – 24 points.

Comments
CSKA head coach Dimitris Itoudis:
– We looked a little unfocused, because, as I said before the game, this game happened on the 13th day after the previous one. Although we got a chance to rest and practice, we lacked game action. In essence the only thing we didn’t succeed in was the final three minutes of the first half, which Nizhny won by 5-15. We shot poorly on free throws and three-pointers. But we were aggressive defensively, Johannes Voigtmann was outstanding. Congratulations to the team, we’re ahead 1-0 in the series.

Nizhny Novgorod head coach Zoran Lukic:
– It’s a pity that the halves were so different. In the first half we kept control of the game, did what we planned, kept our concentration. In the second half we had a breakdown; we just fell apart. We missed a few free throws and CSKA quickly took advantage of that. Congratulations to our opponents on their win. 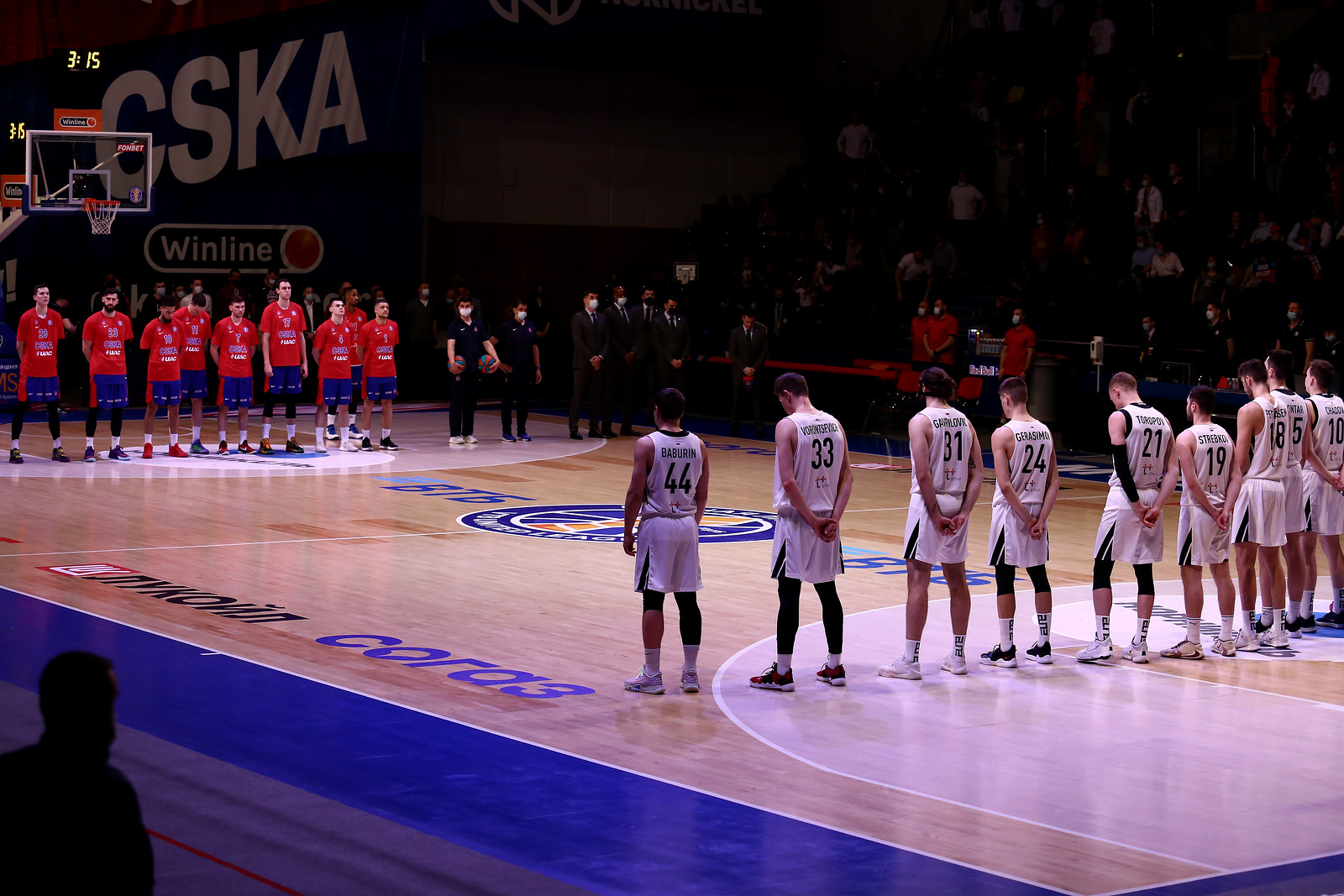