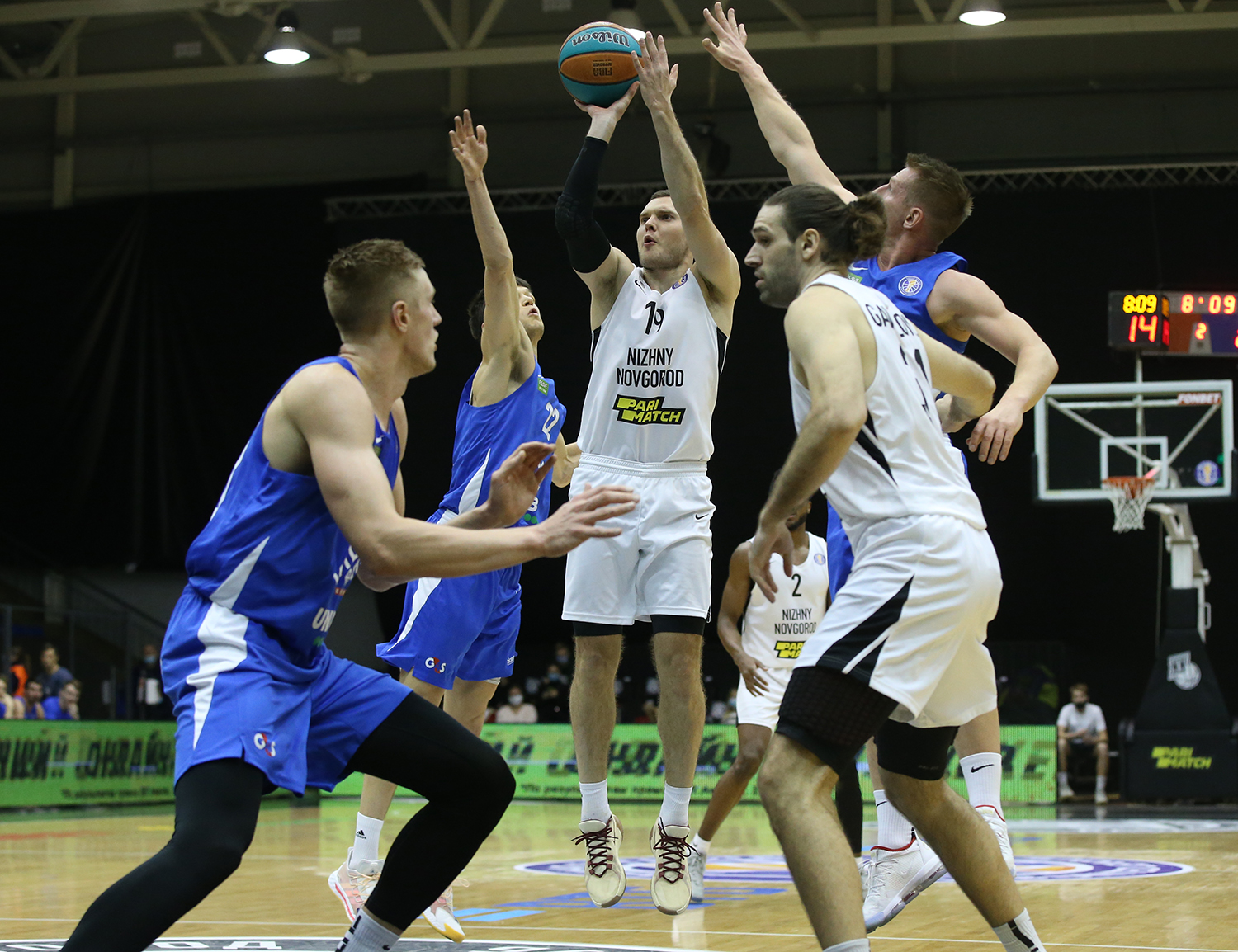 Story
Nizhny Novgorod were up to please the fans and they started at the high pace. Ivan Strebkov hit the three a few seconds after the starting whistle and didn’t stop, the guard scored 10 of the first 11 team points. Kalev took the chasing team status from the very beginning. Soon, the advantage turned double digits – 24:14.

However, the guests didn’t give up and started the chase. Marcus Keene switched on Kalev’s offense, his accurate three-pointer cut the Nizhny’s lead to just 4 points. All the second quarter long Marcus Keene and Maurice Kemp duo were tearing hosts’ defense apart: they scored 26 points out of team’s 28. When it was only minute before the half time Keene hit two long-range shots that let Kalev take the lead – 45:44.

Key moment
However, it was the only noticeable Kalev’s run. After the break Nizhny paced up at defense, and at offense Strebkov was on fire again, he was joined later by Luke Petrasek. Then, Kasey Shepherd concluded team’s efforts. Nizhny took the quarter 27:14. One more Nizhny’s run left no chance to Kalev, +22 by the middle of the fourth. Kalev escaped the devastating loss decreasing hosts’ lead to 10 points but they had no time to do more. Nizhny finish the year with 6-1 record and hold 2nd place in standings.

Hero
Ivan Strebkov. The guard spent almost his best game in the career: 31 points, 6 rebounds, 10 assists and 2 steals with only 1 turnover.

Stat
Marcus Keene scored 31 points as well as Strebkov, their shootout was the jewel of the game.

Next
Nizhny Novgorod: January 3 vs CSKA
Kalev: January 4 vs PARMA 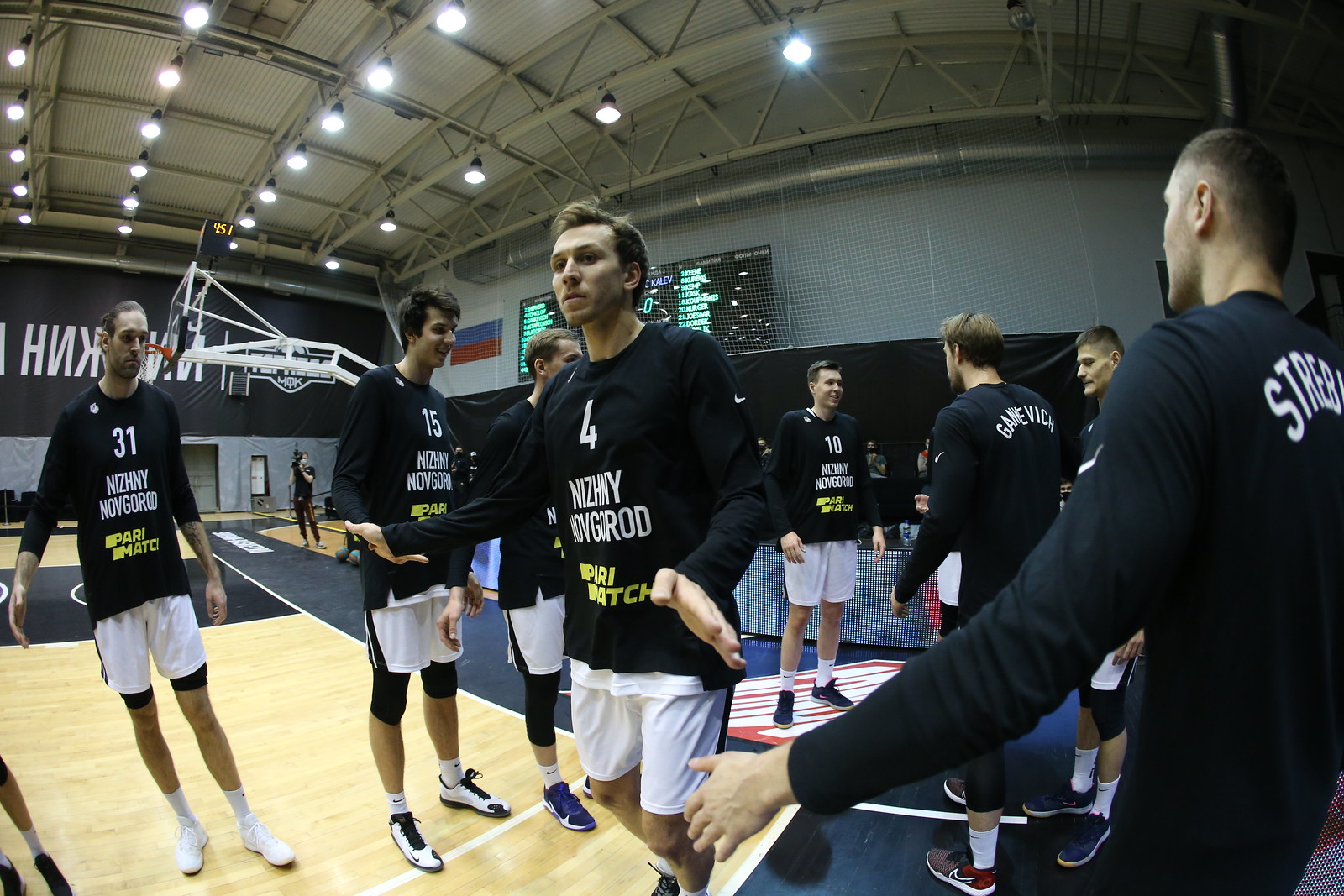