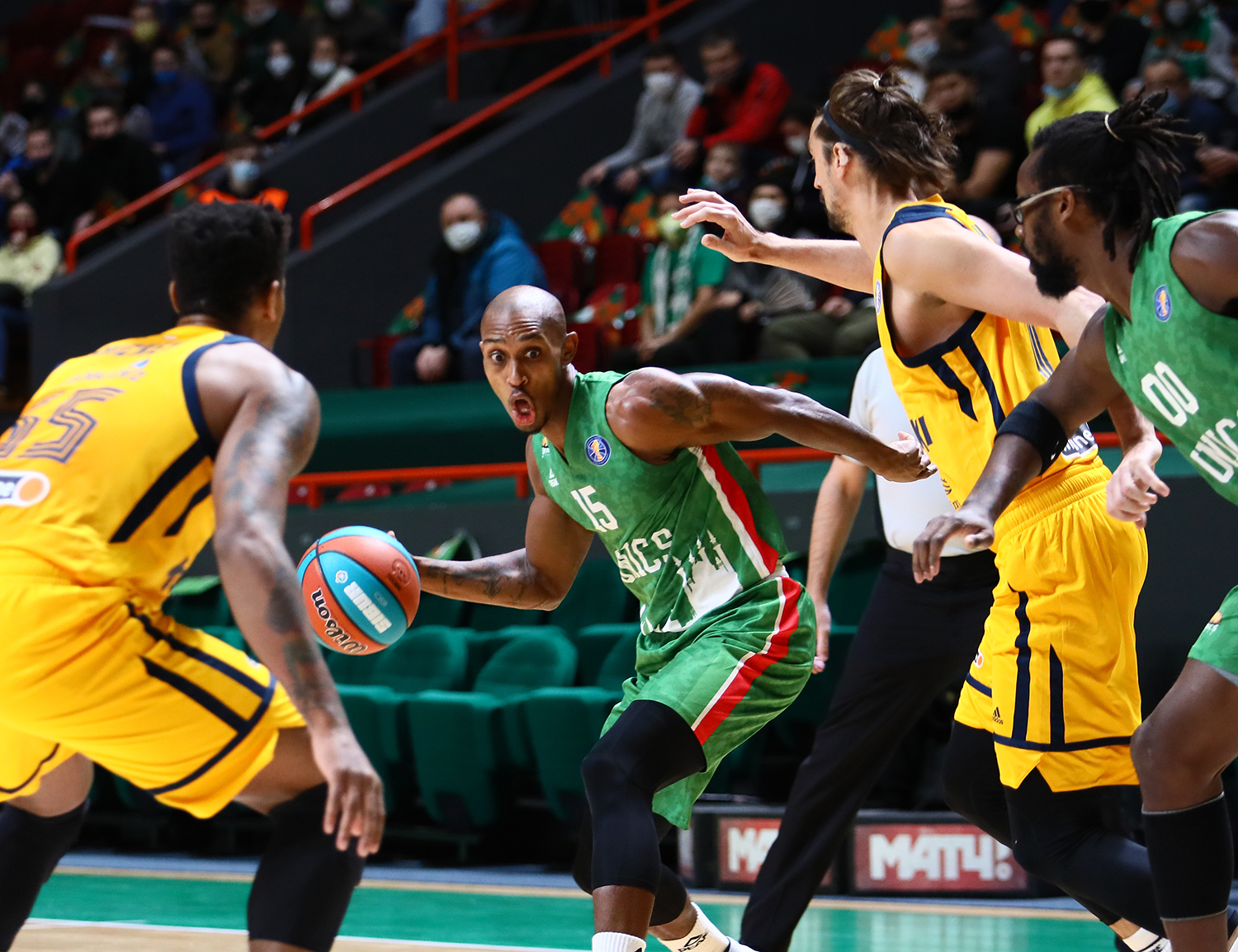 Story
UNICS (2-2) and Khimki (3-4) wanted to approach this game with other records but the start of the season wasn’t easy for any of these teams. Their game directly depends on backcourt stars. Kazan weapon worked quick: Isaiah Canaan started the game with 3 accurate threes (11:4). UNICS played confidently in defense as well, so when by the end of the first quarter Alexey Shved and ex-Kazan player Errick McCollum hit their shots it only reduced the gap to single digits (15:23). The second quarter was high paced and was even. After Jonas Jerebko shots by the half break the difference was 2 points but the chase didn’t work out because of lots of long range misses (2 of 16 in the first half). UNICS were more accurate, long shots by Canaan and Jamar Smith let Tatarstan take the lead again by the half-time break (41:34).
UNICS started the third with 8 points by Smith (49:36) but it didn’t last long. Khimki allowed 0 points in next 4 minutes, and switched from finishing to passing Shved gave out 4 assists in 10 minutes, and it helped Khimki get close to the rivals (54:59).
The beginning of the fourth was in Khimki’s favour. Shved continued to give out assists, Jerebko scored 5 points, the guests forced tight ending (65:65).

Key moment
UNICS pulled themselves together after Smith’s three and took the lead again, the story of the game repeated in decisive minutes. The teams exchanged the points until Khimki got an important offensive possession when Monroe with 24 second left beat the opponent but then missed the layup with 76:79 on the scoreboard. Smith got the ball, tactical foul, 2 made free throws and then another scoreless guests’ possession with misses by Timma and Shved, they had no time to recover. UNICS broke the 5-game losing streak against Khimki and now have positive record in standings.

Hero
Isaiah Canaan. The leading force of UNICS was Canaan and Smith duo, the captain has almost the same stats and impact to the victory. However, scoring 21 points, 4 rebounds and 6 assists Isaiah put 7 points in clutch, that makes him the main hero of the game.

Next
UNICS: December 6 vs Zenit
Khimki: December 26 at Zielona Gora