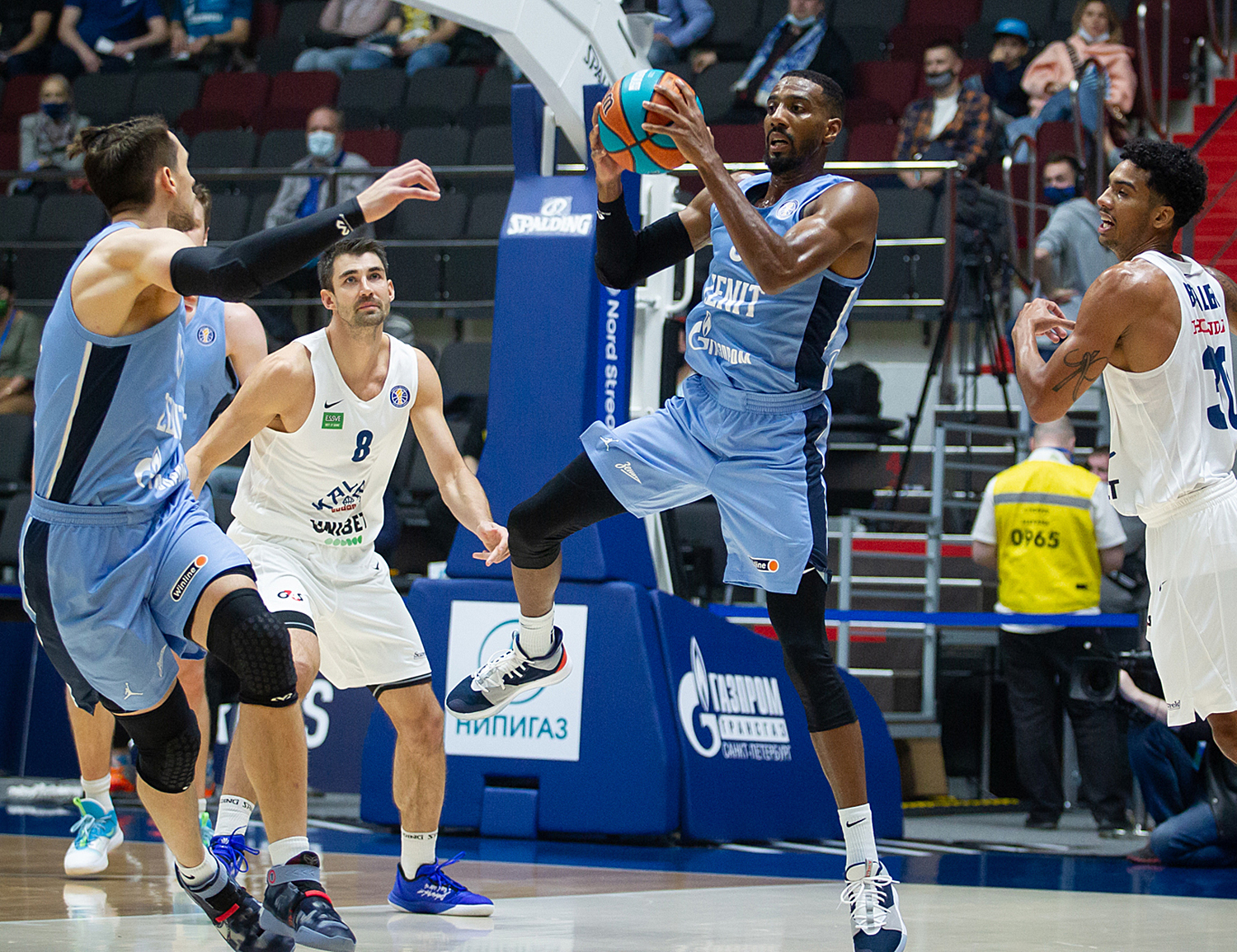 Story
Although Zenit’s status is contenders Kalev didn’t want to play second fiddle. Tallinn was dropping lots of threes hitting only 1 2-pointer in a quarter: among 23 quarter points the guests scored 18 from downtown, moreover Marcus Keene drew a foul from beyond the arch and hit 3 free throws. In the second quarter Zenit that was losing began answering with the same weapon. In the beginning of the quarter Mateusz Ponitka hit a three, then Billy Baron supported him, in the quarter Zenit made 7 accurate threes. Austin Hollins was especially good (12 points in 3 minutes). 46:41 in favour of hosts by half-time.

In the third teams were playing very careful, there were some lead changes. By the fourth quarter Zenit were up by 1 – 64:63.

Key moment
The key moment started with 3 minutes before the final buzzer. Marcus Keene cut the gap to -3. Then Zenit exploded set 9-0 run in 2 minutes, the key role was taken by Alex Poythress who was extremely active in defense, offense and boards. Zenit’s lead became double digit for the first time in the game. Kalev had no time to answer. Zenit win three games in a row holding the first spot in standings.

Hero
Austin Hollins. Zenit’s scorer showed terrifying efficiency, all of his 27 points he scored from beyond the arch (9 of 13).

Stat
16 accurate threes made by Zenit players this game. By the way, Petersburg scored only 11 2-pointers.

Next
Zenit: October 4 at Tsmoki-Minsk
Kalev: October 5 vs Khimki