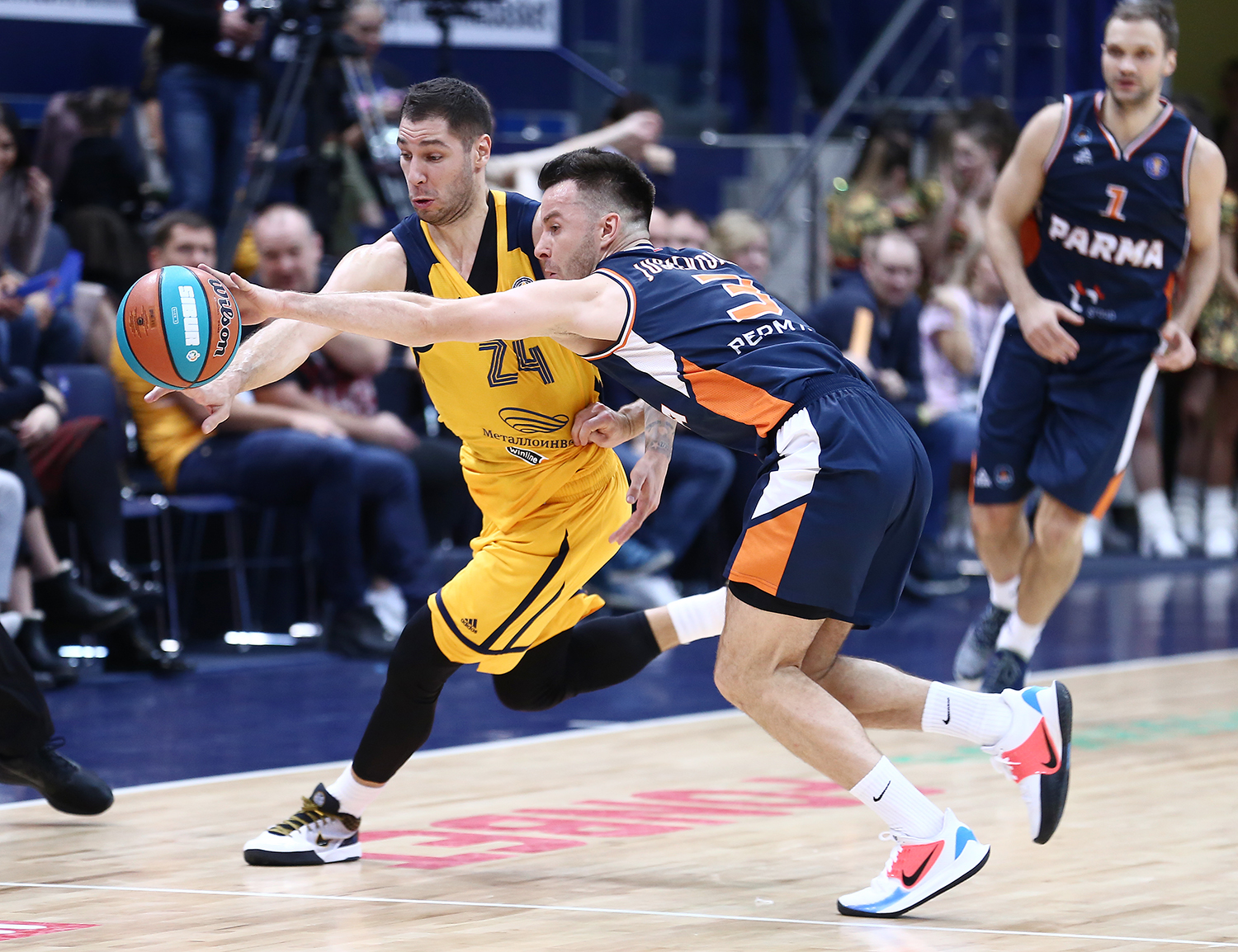 Story
Khimki started confidently and were close to double digit lead a few times in the beginning of the game. But PARMA didn’t want to give up that easy – 11:5 run and Artem Zabelin’s three almost destroyed Khimki’s lead – 19:18. Inspired Perm started to attack hard and took the lead – 29:25 via three-point makes and Eigirdas Zuskauskas’ performance (9 points in a quarter).

Second quarter was a one-man show – Jonas Jerebko’s show, who scored almost a half of team’s points – 12 of 25. PARMA hadn’t such hero, and Khimki took the lead. However, Maxim Grigoryev hit a buzzer-three that cut the differential to just 2 before the half-time break – 50:48.

After the break Khimki were angry and motivated. Alexey Shved started the final push, Jovic and Evans supported him. 13-4 run – and Khimki led in double digits (63:52). But PARMA didn’t give up and answered with amazing 15:3 run, then Zukauskas scored and-one and guests led by 2 – 67:65!

Key Moment
The end of the game turned into 3-point shootout contest – Khimki and PARMA just bombed the baskets from behind the arc. The most interesting happened 2 minutes before the buzzer. Adas Juskevicius hit an and-one three – 96:93, PARMA! But then Shved showed them how it’s done – he tied the game and then gave his team the lead – 99:96. PARMA had 13 seconds to make it to overtime but there was silly offensive foul and possession was given to Khimki, that didn’t lose the chance. Khimki are still the only undefeated team with 7 wins in VTB League.

Hero
Alexey Shved. Khimki’s leader was team’s top scorer (24 points) and hit 2 key three-pointers in the end of regulation. He was good at passing the ball too – 12 assists and only 1 turnover.

Comments
Khimki’s head coach Rimas Kurtinaitis:
-.First of all, I’m glad that we won even though the game was tough. We weren’t concentrated, but at the end we used our strong sides right. PARMA and coach Maksvytis should be commended for perfect preparation for the game and great basketball, that they showed. We took big lead a few times but our rivals came back into game and it was a tough game till the very end. Furthermore, I’d like to highlight Adas Juskevicius, who we didn’t manage to stop. He scored 37 points against us and all were good. He showed his level. However, we won and look in the future.

PARMA’s head coach Kazys Maksvytis:
– We played one of the best season’s games and lost only in the end of the game to such cool team as Khimki with skilled coaching staff. I really respect coach Kurtinaitis. I think that he is one of the best European specialists. We planned to be in the game and not let Khimki gain big lead and also find time to break the game. We found time but, unfortunately didn’t make it to the end. I thanked my guys for the effort. Adas Juskevicius was on fire tonight. I wish we won with his performance and shots.

Next
Khimki: November 24, vs Tsmoki-Minsk at home
PARMA: November 16, vs UNICS at home 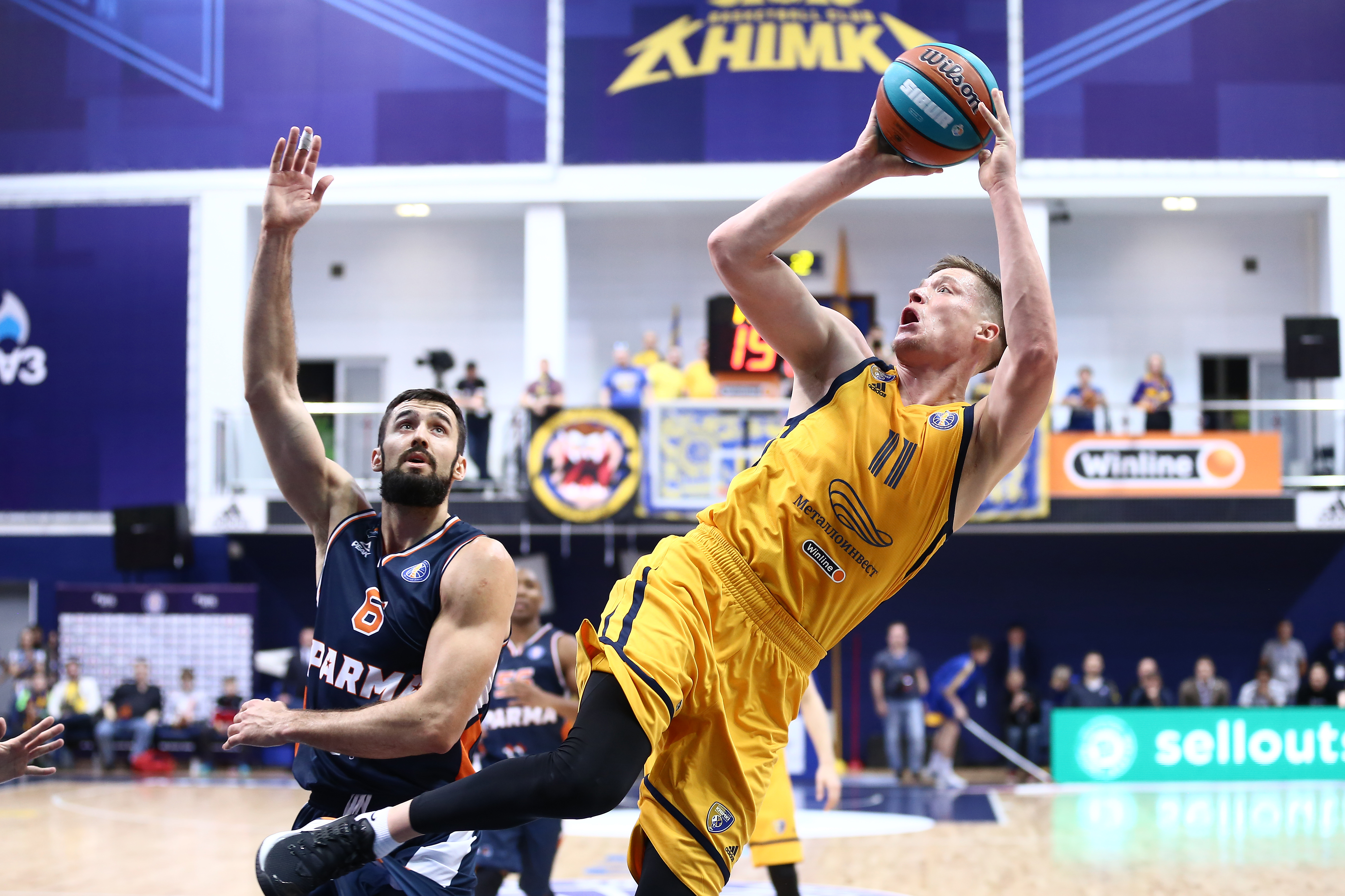