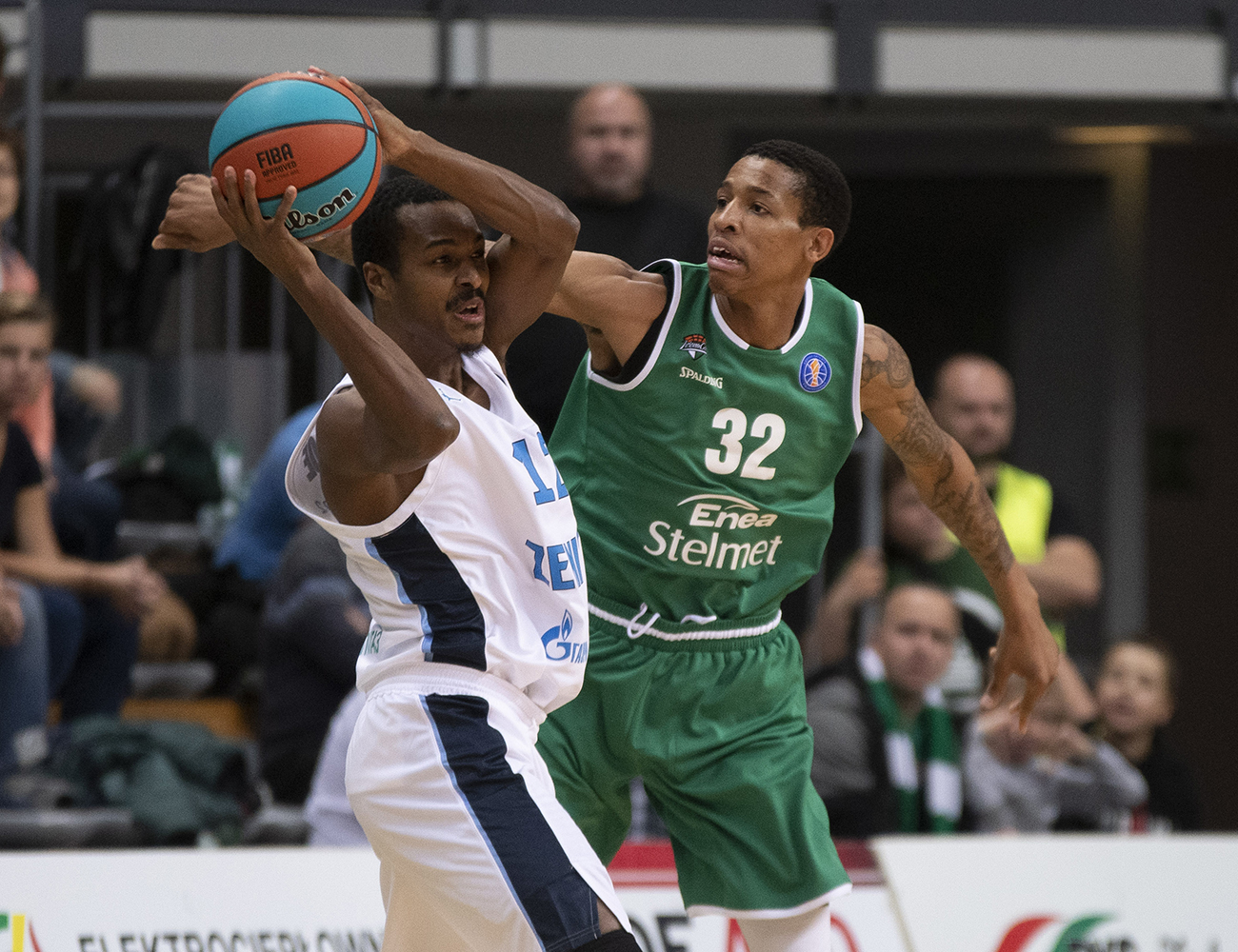 Zenit opened official season after summer renewal, and Zielona Gora as already tried Khimki. The first quarter was a close game, but Zenit started the second with a run. Gustavo Ayon was active in the paint and Anton Ponkrashov added from beyond the arc – 8:0 and 28:20 on the scoreboard.

Zenit in the first half could be described as balanced. With a series of three-pointers (two from Alex Renfroe), Petersburg reached the halftime with 42% three-pointers and 78% two-pointers. After 20 minutes of play, Russian team had double-digit lead 45:35.

Key moment
After the halftime break the teams were scoreless for two and a half minutes. Renfroe’s three-pointer was the first. Zenit found the rhythm, and Zielona Gora’s scored their first point in the middle of the third quarter trailing heavily 36:52. St. Petersburg controlled the rest of the game and opened the season with a huge win.

Hero
Austin Hollins. In his debut, he showed he can be the best sixth man of the season. Hollins’ record in 19 minutes is 19 points (7 of 9 FG) and 3 assists. Perfect sixth man performance.