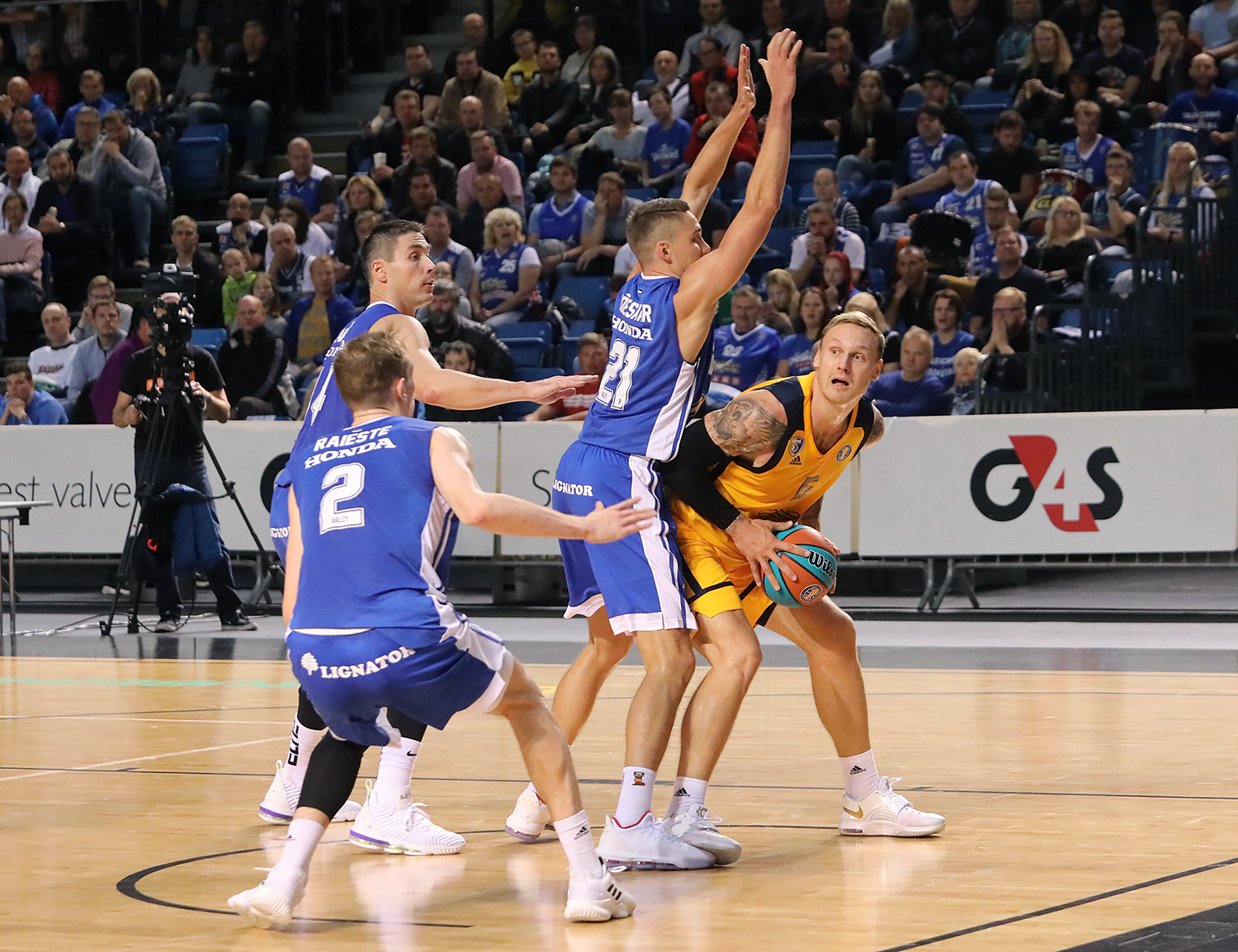 Story
Kalev played the first game of the season with reduced roster–Latvian Aigars Skele was the only foreigner in the team. However, the Estonians managed to start with a 9-2 run thanks to long shots of Stan Sokk and Kristjan Kitsing. Khimki also missed some of the key players, but with this roster Rimas Kurtinaitis still has many options. Young Igor Volkhin was one of them: he leveled the game with two 3-pointers (11:11). And then Janis Timma turned on willing to make amends for the debut game (0 of 11 from beyond the arc) and became the top scorer of Khimki in the first half (9 points). The Russians built a solid lead in the second quarter when they closed the perimeter (3 of 13 by Kalev in 20 minutes). Kalev scored only 4 FT points within 6 and a half minutes. The yellow-blues reached two-digit lead (38:28) and held it until the halftime break 43:33.

In the third quarter, Stefan Jovic and Timma’s efforts created 17-points lead (57:40), but three-pointers of Kitsing and Sander Raieste left hope for Kalev to come from behind (53:66).

Key moment
The incredible form of Stefan Jovic decided the fourth quarter. The Serbian was destroying the opponents, crushing the defense, scoring and assisting. The 8:2 run started with his shot and grew up to 20 points.
Khimki is the first team of the season to have two wins.

Stat
54 points scored by Khimki bench. 18 of them were scored by young Russian players Igor Volkhin and Maksim Barashkov.

Hero
Janis Timma. The Latvian couldn’t fix the three-pointers stats after Zielona Gora–1 of 9 long shots (1 of 20 total). But Timma became the top scorer of Khimki (16) adding up with full effort and agressive work in the paint.