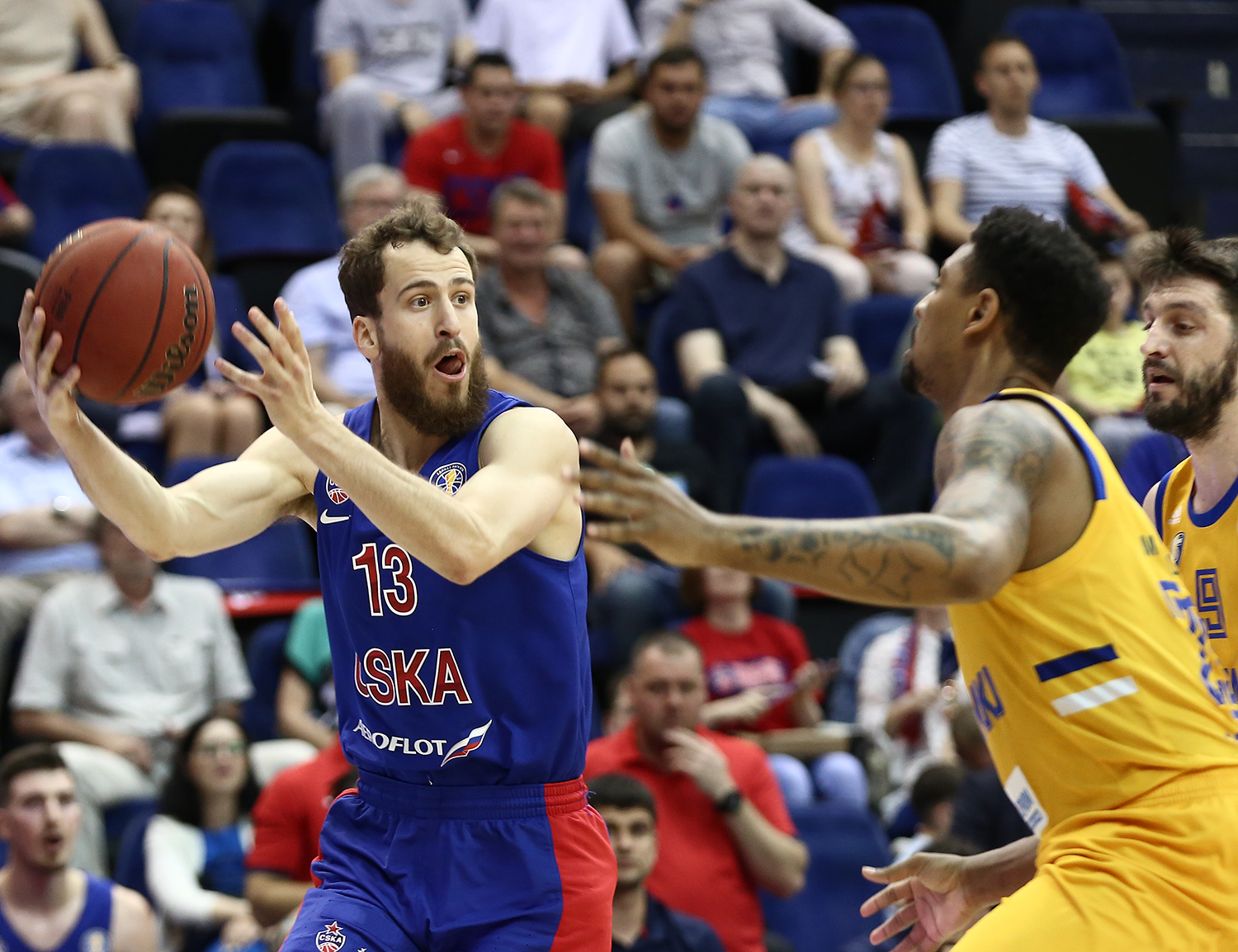 Story
Khimki announced prior to Game 2 that star Alexey Shved would miss the rest of the series with an injury. Playing without their primary scoring option, the visitors started slow on offense, missing six of their first seven shots and committing seven turnovers in the opening period. In fact, Jordan Mickey needed until the second quarter to become the first Khimki player to score twice.

CSKA, meanwhile, cruised to a big lead behind five 3-pointers in the first quarter and a strong showing from Nikita Kurbanov (13 points by halftime). Up 30-15 at the end of the first, CSKA added three more points in the second for a 55-37 advantage at halftime.

After switching sides, Khimki got eight points in five minutes from Malcolm Thomas to trim the deficit to nine, 64-55.

As a result, despite 10 points from Tony Crocker in the quarter and a more dynamic offense, Khimki still trailed by 13 entering the fourth quarter.

Turning point
Early in the fourth quarter, Khimki came close to mounting a serious threat. Crocker and Viacheslav Zaitcev both scored to bring the visitors within nine, 80-71. CSKA’s answer came quickly as they orchestrated a 9-0 run behind stingy defense and clutch scoring from Cory Higgins and Othello Hunter. Itoudis subsequently brought in youngsters Alexander Khomenko and Andrey Lopatin to close out the game and CSKA finished with more than 100 points for the second straight game. The score in the series is now 2-0 with the Army Men on the brink of clinching the title.

Stat
22 – number of points scored by CSKA in transition (Khimki had four). Playing without Shved and Timma, Khimki struggled most on defense.

Star
Nando De Colo. The Frenchman not only had a nice stop in transition, he also shot 4-6 from the field and 6-6 at the line to finish with 14 points, four rebounds, eight assists and two steals.

Quotes
CSKA head coach Dimitris Itoudis: “We dominated from the very start. We played aggressively and set the tempo at both ends. In the third quarter, we ran into the same problems as the previous game. We started playing a little loose. But these are the playoffs and the result is the most important thing. We’re up 2-0. We need to display concentration and desire once again in the next game in order to make the fans happy.”

Khimki head coach Rimas Kurtinaitis: “Congratulations once again to CSKA and coach Itoudis on a good game. The scenario hasn’t changed. In the last four games, we’ve started down 10 points and haven’t been able to shake that deficit. I’m very happy that our team gave everything it had on the court. We battled and played hard for all forty minutes, but the result reflects the level of skill. I don’t have major questions for my team. After all, we’re playing without two leaders. It’s very hard. But we’re not giving up. We’ll prepare for the home game.” 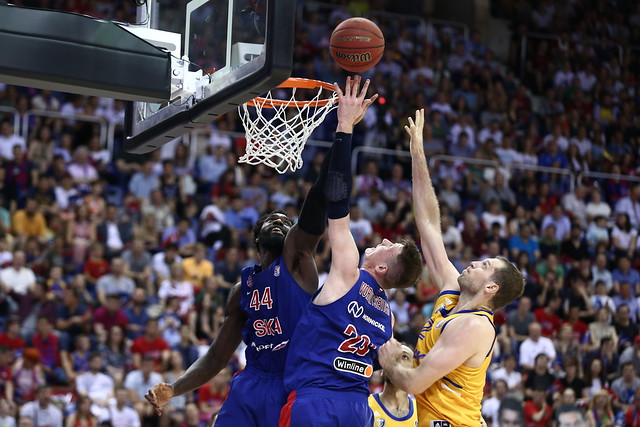