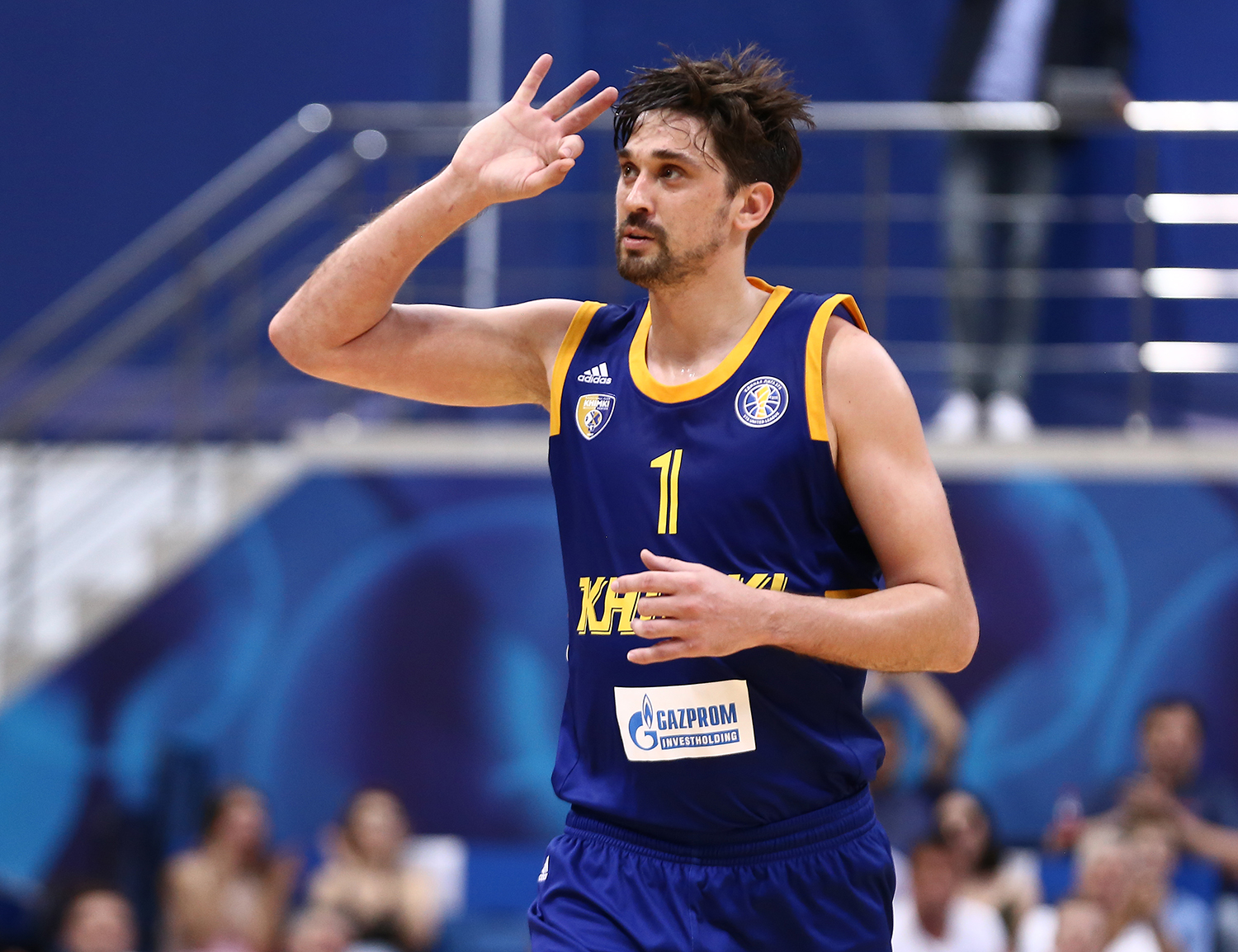 Story
Khimki had to come from behind in Game 4, erasing a five-point deficit in the final four minutes to clinch the series and return to the VTB United League finals for the third consecutive year.

After getting demolished in Game 3 by Khimki’s record-setting three-point shooting (18 3’s), Kazan was prolific from beyond the arc in Game 4, hitting 50% of its attempts (13-26), led by three apiece from Trent Lockett and Evgeny Kolesnikov.

But it wasn’t enough to overcome Khimki’s two-headed monster of Janis Timma and Alexey Shved, who combined for 49 points. Despite shooting only 7-21 from the field, Shved finished with 25 points and nine assists, while his Latvian teammate poured in 24.

The home team trailed by as much as 14 early on (19-5), but cut the deficit to four by the end of the first period.

UNICS pulled away again in the second quarter, taking a 46-35 advantage on a Jamar Smith triple with four minutes to go in the half.

Khimki responded with six points from Alexey Shved to cut the deficit to a more manageable five, 49-44, at halftime.

The momentum began to shift in the third quarter. The home team took its first lead on a 3-pointer from Shved, 62-61, and finished the period tied, 67-67.

Desperate to avoid a Game 5 in Kazan, Khimki trailed much of the fourth quarter as Smith put UNICS on top by five, 79-74, with another 3-pointer.

Moscow Region finally took the lead on Timma’s layup, 83-81, with 2:20 to go. After Raymar Morgan, who scored a game-high 27 for UNICS, got the visitors within one, 84-83, Stefan Markovic hit a huge triple to make it a four-point game.

UNICS had more chances down the stretch–Errick McCollum, who finished 0-7 from beyond the arc, missed a triple that would have tied the game at 88–but Andrey Zubkov had a big-time dunk and Timma hit two free throws late to keep the visitors at bay.

Trailing by four, Smith hit a 3-pointer for UNICS to cut the deficit to one, 92-91, in the final seconds, but time expired with the shot, sending Khimki back to the VTB United League finals and booking a spot in the EuroLeague next season.

Stat
3 – CSKA and Khimki meet in the finals for the third-straight year.

Star
Janis Timma. The Latvian scored 24 points, needing only nine field-goal attempts. He also hit big shots down the stretch to give Khimki the win.

Quotes
Khimki head coach Rimas Kurtinaitis: “The game didn’t go the way we hoped early on, but we still managed to shift the momentum in the game and secure a win with a huge effort. Now we get to play in the EuroLeague next season. But the season is not over yet. We enjoyed a very big win, but like my comrade said, it’s getting darker, but it’s not evening yet. To be honest, I really counted on a win today and tried to convey to the players that going back to Kazan for another game would be a very tough path. I’m happy we managed to do it.”

UNICS head coach Dimitris Priftis: “We played three very tough games with Khimki. With the exception of the third, when we didn’t play to our abilities. Today, we played with heart. The team battled the entire game, but a few details decided everything. The season was very full. This was a real marathon because the season in Russia is very long and difficult. Overall, Russia is a complicated basketball country. It’s hard to remain competitive here, especially because of the long flights. Overall, we achieved positive results in the EuroCup and the VTB League, although, of course, we could have played better.”

Up next
Game 1 of the finals will be played June 5 in Moscow. 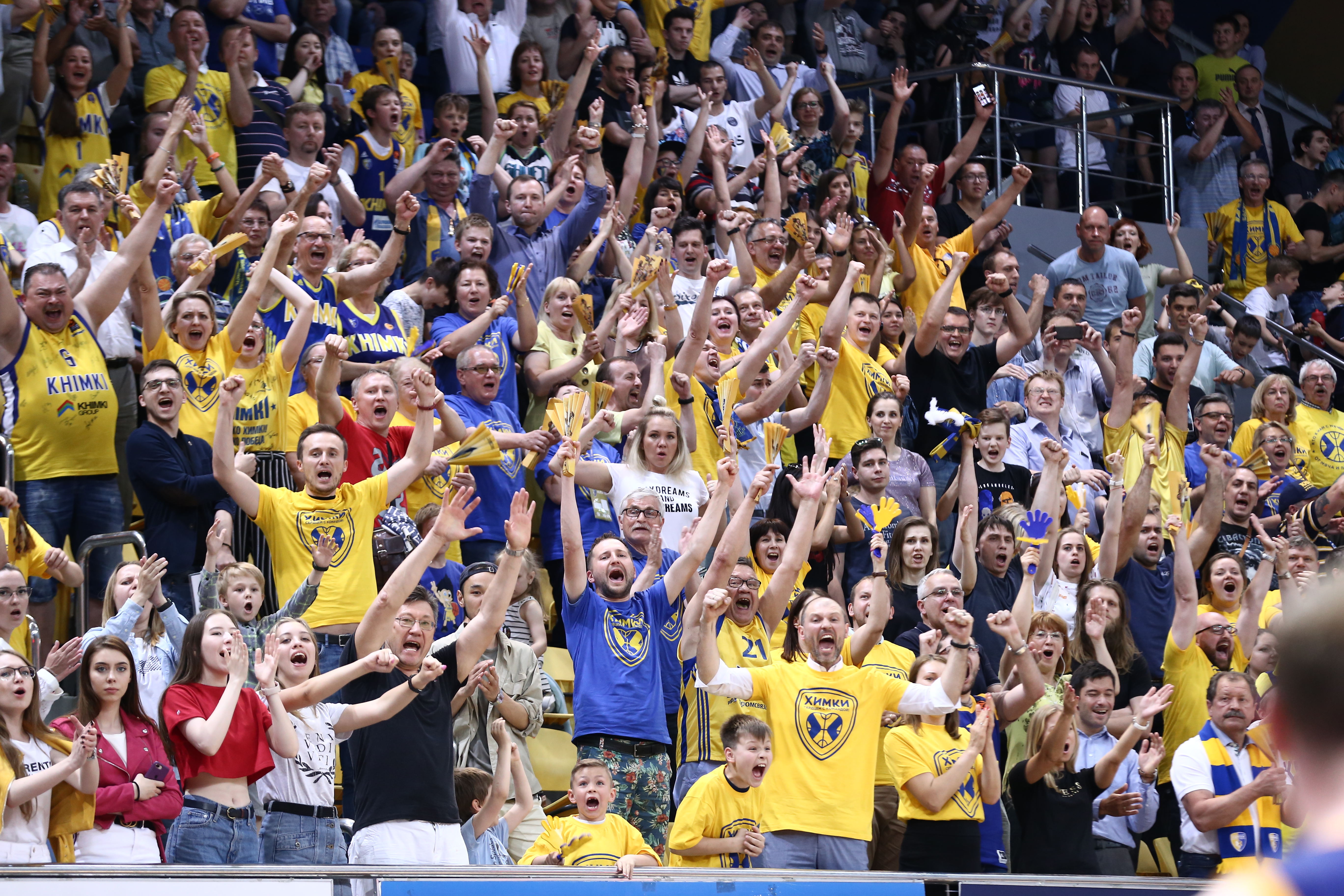