Story
Nizhny Novgorod never trailed in the second half, stunning previously unbeaten Khimki 93-80 on the road. Zoran Lukic’s Russian-led squad was in control nearly the entire game and closed out the victory with a pair of big buckets from Ilya Popov and Ivan Strebkov.

Khimki entered with a 9-0 record, but the home team struggled without stars Alexey Shved and Anthony Gill.

The turning point in the game came with a couple minutes to play. Trailing most of the contest, Jordan Mickey cut Khimki’s deficit to four, 83-79 with 3:14 to go.

The home team needed a stop and got two, but the offense was not there. Mickey and Sergey Monia both missed shots that would have cut the deficit to a single possession.

With 1:53 remaining, Nizhny made Khimki pay, as Astapkovich fed Popov with a beautiful pass inside. On Nizhny’s next trip down the floor, Ivan Strebkov waited for the shot clock to run down before driving past his man and throwing up a 12-foot floater that swished through to make it an eight-point game, 87-79.

That was it for Khimki and the 9-0 start to the season. Nizhny records the second huge upset of the day (following PARMA’s win over UNICS) and improves to 3-6, only a half game back in a suddenly chaotic race for 8th place and the final playoff spot.

Play of the Game
Nizhny Novgorod played with confidence and poise, including this ridiculous alley-oop to Dmitry Uzinsky:

Stat
1 – number of unbeaten teams remaining in the League following Khimki’s loss. CSKA is now all alone in 1st place with a 9-0 record.

Quotes
Khimki head coach Georgios Bartzokas: “This is a hard, painful loss for us, but I can’t say it was unexpected. Right now our team looks tired, both mentally and physically. I don’t want to look for excuses in Gill and Shved’s absence. The schedule is what it is and we need to be prepared. Today we weren’t ready, most of all, mentally. We also weren’t ready for such a physical game and couldn’t get used to the way Nizhny was playing. Our opponent was very physical. Either way, Nizhny deserved to win, since they played a solid game and were excellent on offense. Plus, when you give up 90 or more points on your court, you don’t deserve to win.”

Nizhny Novgorod head coach Zoran Lukic: “We deserved to win. To be honest, Khimki did not look like itself. They were missing leaders in Shved, Gill and Markovic and there are reasons for their defeat. Khimki did not play basketball at its level and it wasn’t enough to beat Nizhny. I think we showed we want to have success and this win is very important for us, especially after the embarrassment that took place in the game with Avtodor. We showed we can not only play, but also win.” 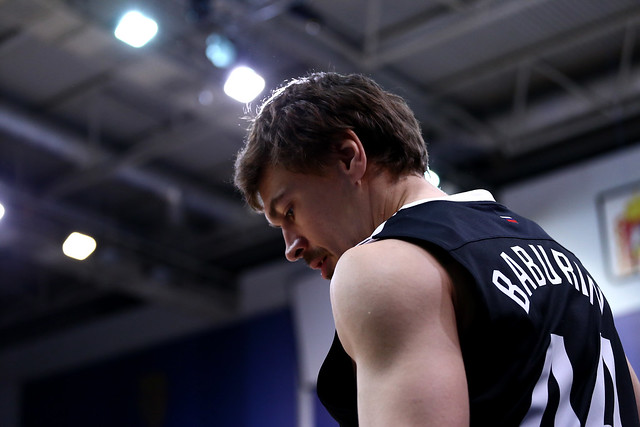