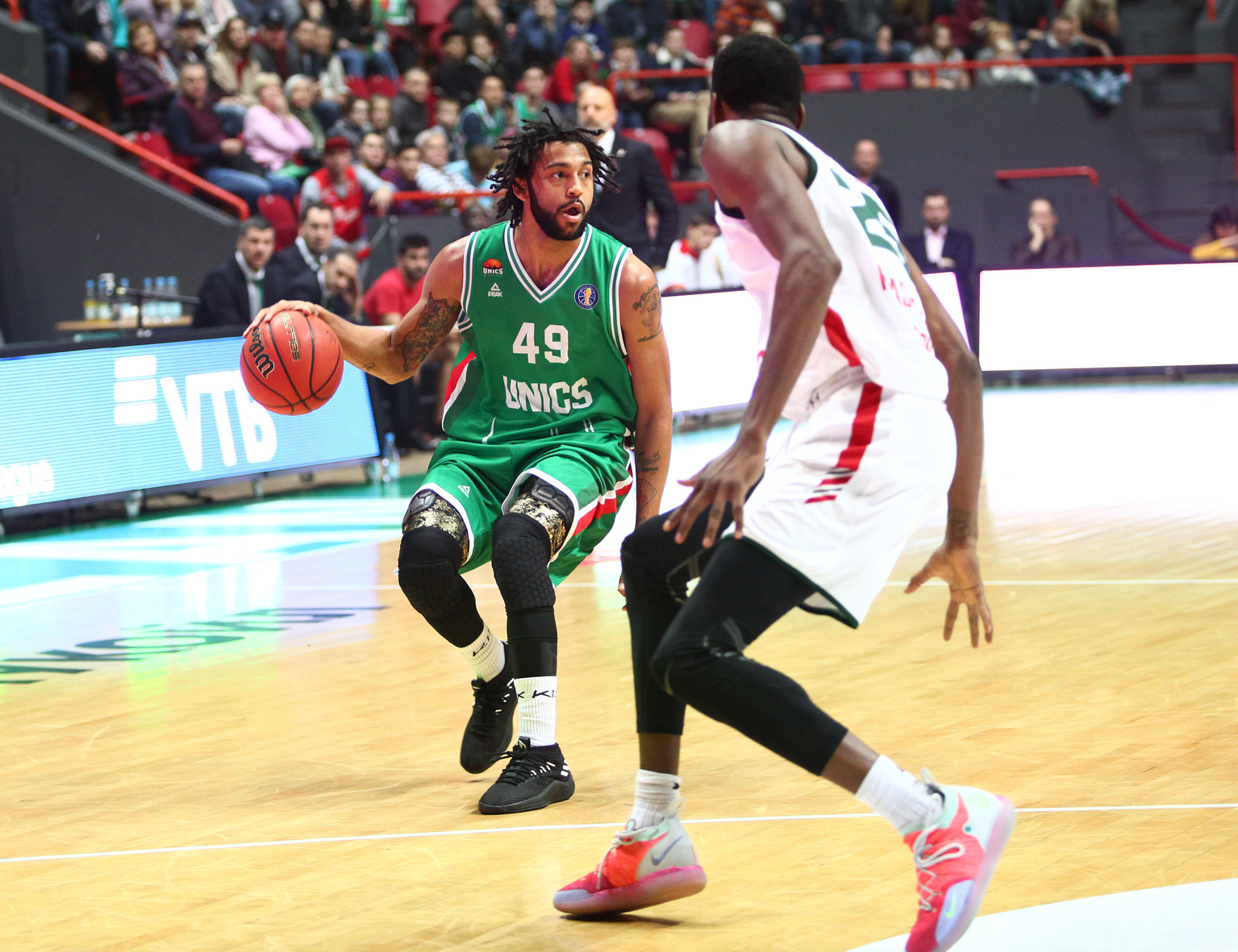 Story
UNICS emerged with a four-point win in a back-and-forth battle Sunday evening in Kazan. Both teams entered the game undefeated (including EuroCup play), but once again Dimitris Priftis and co. stymied visiting Lokomotiv behind terrific guard play from Pierria Henry and Errick McCollum.

McCollum was the difference maker for UNICS in the 4th quarter. The American sniper scored Kazan’s final 11 points, single-handedly thwarting a determined comeback effort from the Railwaymen. The final nail in the coffin came with a minute to go. After Mateusz Ponitka drew Loko within three on a layup, 76-73, McCollum answered with a 3-pointer, making it a two-possession game.

Krasnodar led early in the 4th quarter, thanks to a Dorell Wright triple, 59-58. But an 11-2 run put UNICS in control. After that, it was all McCollum down the stretch.

Priftis 3-0 Obradovic
Priftis and Obradovic are two of the League’s most respected coaches, but since the UNICS boss signed with Kazan, he’s yet to lose to his Serbian counterpart.

On Sunday, Priftis came out on top again, improving to 3-0 all-time vs. Lokomotiv. Obradovic will have a chance to break through on March 16 in Krasnodar.

Build-Up
Krasnodar finished the first half with a two-point lead, 36-34, which grew to double digits, 48-38, midway through the 3rd quarter.

But the home team finished the game on a 41-27 run, knocking down six of its final seven three-point attempts.

Quotes
UNICS head coach Dimitris Priftis: “I’m happy for my players. We secured a win in a tough game against a very strong opponent. At the same time, we had to resolve several difficult challenges. We lost Sheleketo in the first half, which was a huge problem for us, while several others were nursing injuries. Plus, at the end, three of our top players fouled out. We had to overcome everything and in the end we did it. Now we need to focus on the next game.”

Lokomotiv-Kuban head coach Sasa Obradovic: “Congratulations to UNICS on a deserved win. We lost focus at some point. We allowed Smith and McCollum to hit big shots. We did not execute the game plan. As much as we tried to keep Smith and McCollum from shooting outside and force them inside, they did what they do. I hope we play better in the future. After all, UNICS is our biggest rival in the VTB League and the EuroCup. I don’t care about the stats. That’s fake news. The team lost, which means we weren’t better.” 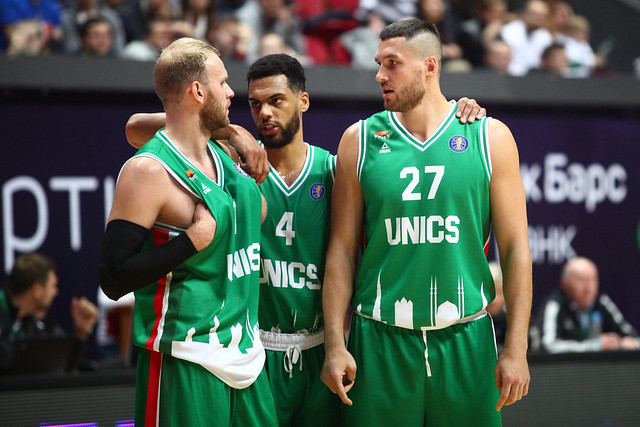