Story
Khimki took advantage of a historic performance from beyond the arc to defeat Kalev by double digits and improve to 10-9.

The visitors were looking for a season sweep in Khimki and led by three at halftime, 48-45, but the Yellow-Blues caught fire in the second half to secure a comeback win.

The turning point in the game came early in the 3rd quarter. Jenkins scored 10 points in five points, spearheading a 15-2 run that put the home team ahead by 10, 60-50.

Kalev hung around for much of the 3rd quarter, trailing by only four with under a minute to go after an Isaiah Briscoe dunk. But Khimki’s offense was too good down the stretch. Moscow Region stretched the lead to 22, 96-74, with 2:40 remaining, before allowing Kalev to score the final 11 points of the game.

The victory helps Khimki improve to 10-9, half a game up on 6th-place Avtodor. Kalev drops to 6-14 and faces a must-win game vs. Tsmoki-Minsk next weekend in Tallinn.

Quotes
Khimki head coach Georgios Bartzokas:
– This was a very interesting game, with an emphasis on offense. Both teams are talented at scoring the ball. Our defense wasn’t good enough in the first half and we allowed our opponent to shoot 60% from beyond the arc. We needed to be better in the second half. We managed to do so and won easily at the end by playing as a team. At the same time, as everyone knows, we have a lot of injured players who can’t help us. As I always say, we need to be healthy, especially ahead of the season’s two decisive months. We have a lot of potential, but we need to be healthy, both mentally and physically.

Kalev head coach Donaldas Kairys:
– We’ve had a lot of injured players over the last few months and we only brought eight men to Khimki. Janari Joesaar played his first game in two months and today was tough for him, of course. Nonetheless, we came to win because this game meant more to us than to Khimki as far as the playoffs are concerned. We were competitive most of the game before running out of steam. In order to beat Khimki on the road you need to play better, make all of your free throws and score in the paint. We didn’t do that and let our opponent hit several 3-pointers. The lead reached 20 points in the 4th quarter. Khimki hardly missed and that was the game.

Up Next
Khimki: April 9 home vs. PARMA
Kalev: April 8 home vs. Tsmoki-Minsk 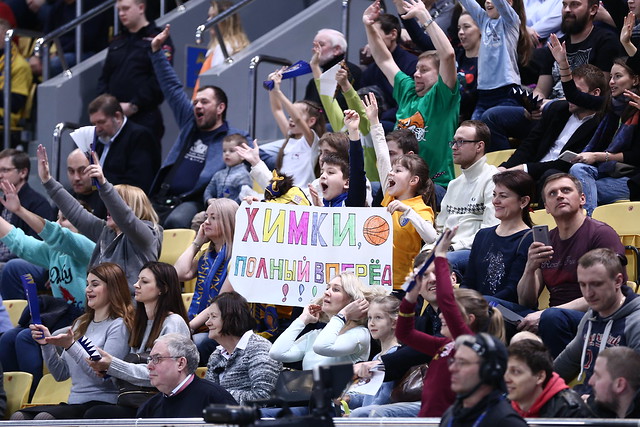