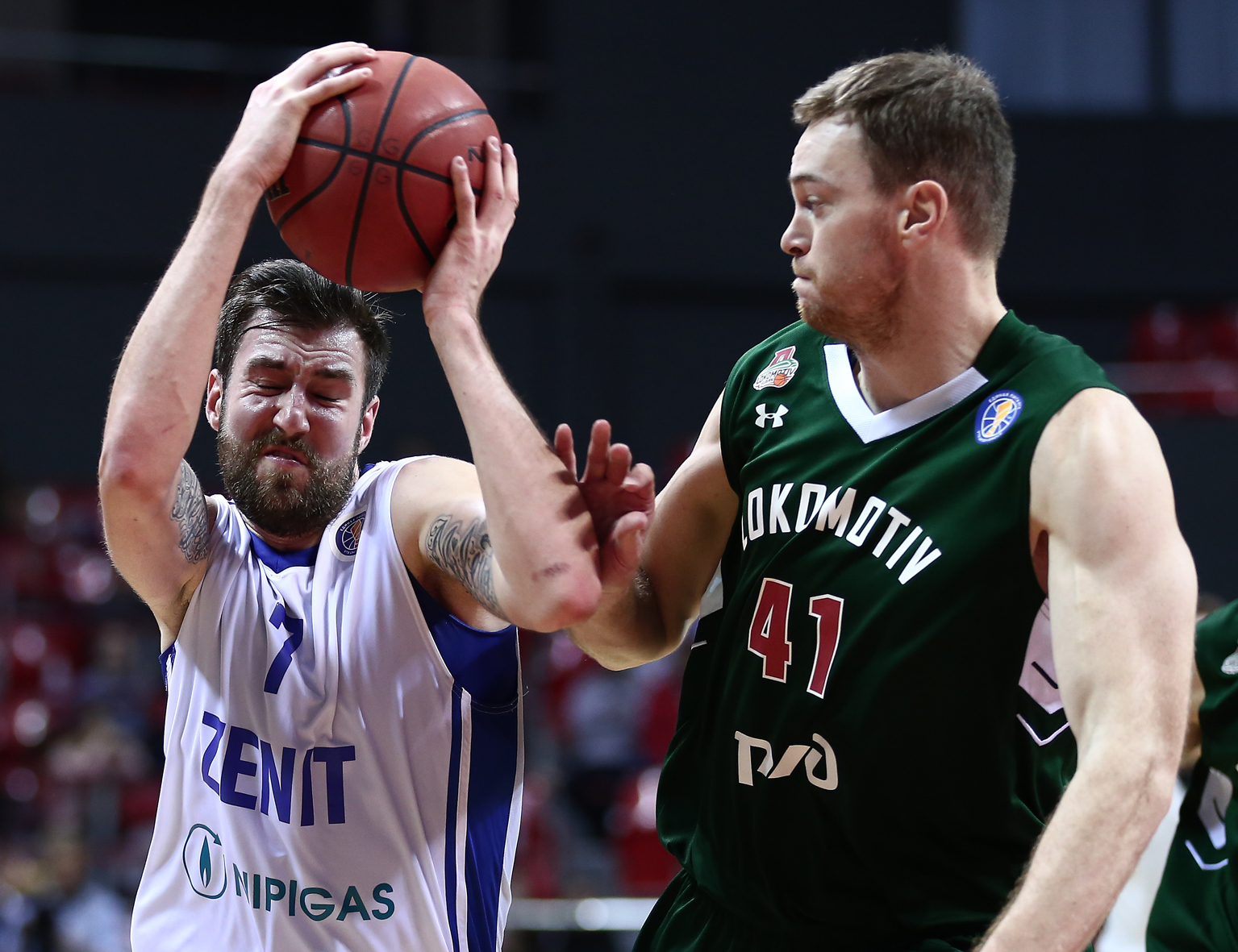 Story
Lokomotiv was in complete control at halftime, entering the break with a 52-34 lead. But 32 points from the visitors in the 3rd quarter and a strong start to the 4th gave Zenit a stunning eight-point lead, 75-67, with 8:25 to play.

After the home team scored only 15 points in the first 12 minutes of the second half, Mardy Collins and Frank Elegar carried Loko down the stretch. The American duo combined for 16 of the team’s final 20 points as the Railwaymen escaped at home, 87-84. Sergey Karasev had a chance to force overtime in the final seconds, but couldn’t get the 3-pointer to drop.

Krasnodar sprinted to a commanding 28-15 lead in the 1st quarter through a combination of perimeter shooting and easy points at the rim, including this ferocious dunk from Brian Qvale.

The lead grew to 18 in the 2nd quarter. Lokomotiv continued to find success in the lane and at the free-throw line and appeared on its way to a statement win against a talented opponent.

But a 21-4 from Zenit to begin the second half, capped by Drew Gordon’s alley-oop from Sergey Karasev, flipped the script immediately.

Boasting the League’s top defense entering the game (less than 70 ppg allowed), Lokomotiv surrendered 32 in the 3rd quarter and led by only a point, 67-66, at the start of the 4th.

For the first two minutes of the 4th, it looked like Zenit might run away with the game. Marko Simonovic hit back-to-back triples, to go with a free throw on the second make, giving the visitors a 75-67 lead.

But defense and timely contributions from Loko’s leading scorers, Mardy Collins and Frank Elegar, bailed out the home team down the stretch.

Krasnodar held Zenit to nine points the rest of the way, while Collins and Elegar combined for 16.

The turning point came midway through the period. After Simonovic missed a chance to put Zenit on top by six, Mardy Collins knotted the game at 77-77 with a long-range triple.

On the next possession, Zenit committed a turnover and Loko went the other way with Joe Ragland feeding Elegar for the go-ahead dunk.

Zenit briefly took the lead, 82-81, on a Scottie Reynolds jumper with 2:38 remaining, but Elegar responded on the other end and Collins scored the final four points, including a clutch fadeaway jumper in the lane with 30 seconds on the clock.

Sergey Karasev’s 3-point attempt in the final seconds missed the mark as Lokomotiv emerged with a three-point win and sole possession of 2nd place.

Stat
+10 – Lokomotiv enjoyed a +10 in rebounding, 41-31, led by Frank Elegar’s 15 boards. There were some big ones down the stretch as Krasnodar was able to limit Zenit’s second-chance opportunities and hang on for victory.

Quotes
Lokomotiv-Kuban head coach Sasa Obradovic:
– Two straight games like this aren’t very good for a coach’s well-being. In the preseason, we played a game against a Turkish team in which we led by 20 points, but ended up losing. Today was a similar scenario. The 3rd quarter is one of the most important stretches in a game, especially the first few minutes. You’re starting the second half and you need to show what you’re made of. Maybe it’s mental. Everything’s in our heads. As a fan, player or coach, I’ve never seen a team play so differently over two halves. We need to learn from these games. It’s good that we won. We managed to show some character and play as a team. But if we want to achieve big things, we need to be more consistent.

Zenit head coach Vasily Karasev:
– We fell behind by too much in the first two quarters and spent too much energy coming back. In the final minutes, everything was decided by our turnover and our constant struggle to find someone who can take a shot. For some reason, we tried to save the game with 3-pointers at the end, even though we could have been aggressive and earned our points. We couldn’t stop Collins down the stretch. No matter what we tried, he decided everything with his individual talent. 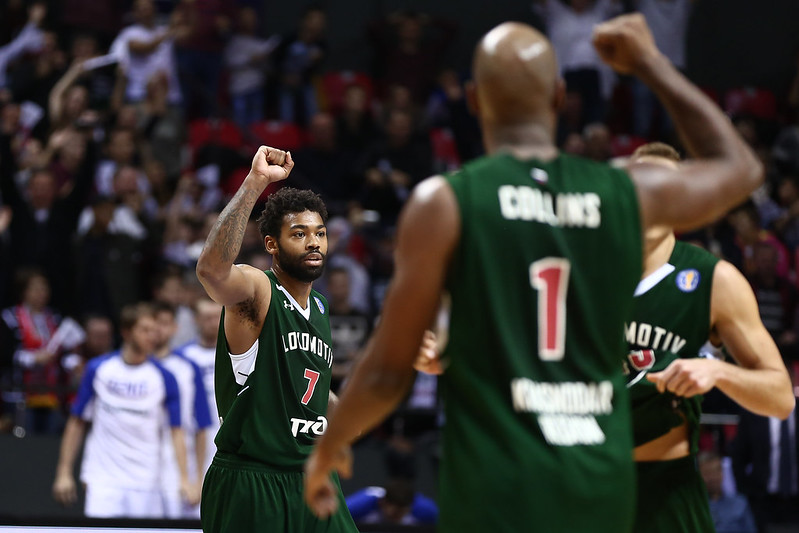