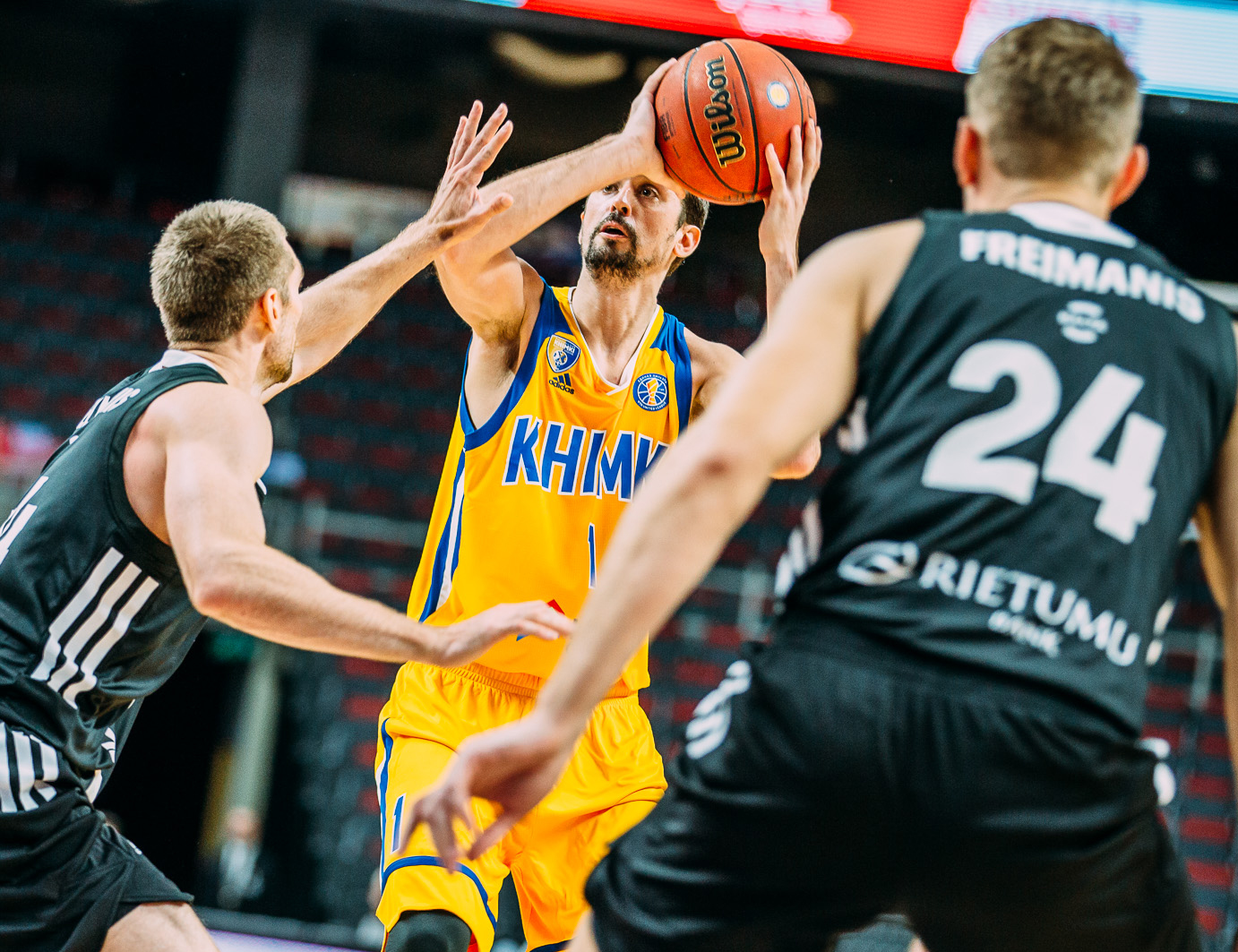 Story
Leading 47-44 early in the 3rd quarter, Khimki went on a 23-3 run to put the game out of reach and secure its second win of the season.

James Anderson (24 points) and Alexey Shved (20 points) sparked the run with back-to-back 3-pointers as the visitors went on to score 35 points in the period, leading 76-51 entering the 4th.

This was the first game of the season for VEF. Playing with a brand-new roster, the Latvians hung around for 23+ minutes, led by American guard Antwan Scott and forward Rolands Freimanis.

Trailing by seven at halftime, Riga cut the deficit to three behind four points from Scott and his assist on an Arnas Labuckas triple.

But Khimki eventually wore down VEF’s defense. After scoring just 13 points in the 2nd quarter, the visitors went 13-19 in the 3rd quarter, scoring 35 points.

Moscow Region kept scoring in the 4th, cruising to a 40-point win on the road.

Stat
63 – Khimki finished with 63 points in the second half, one less than VEF’s entire output on offense. During one eight-minute stretch, Moscow Region went an astounding 13-15 from the field as a team.

Quotes
VEF head coach Janis Gailitis:
– I want to apologize to those who came and watched us play in the second half. Of course, everyone knows that Khimki is on a different level from us. They have a very strong team, especially this year. But that’s not an excuse to lose like this: without any fight or energy. It’s only the start of the season and this is a tough stage, but it’s important to play with heart. We need to be better.

Khimki head coach Georgios Bartzokas:
– We’re very happy to win this game. Before tip-off, I tried to get through to the team that we were facing a very serious, talented team; one that is very good on the offensive glass. Everyone on VEF’s roster can also shoot the three, including the big men. Our attitude made the difference. On offense, we were focused for 40 minutes, but on defense we gave our opponent 10 extra possessions in the first half thanks to offensive rebounds. We talked about that at halftime. We need to change our approach to these games, because if it’s close at the end, our opponent may have a chance to win. Objectively speaking, our attitude to the game in the second half was completely different. That’s why the game ended with this type of score. We’re happy about the win, but now we need to prepare for our first home game in the EuroLeague on Friday.

Debut
One of the League’s biggest signings over the summer, Khimki center Thomas Robinson, made his debut on Monday. The American finished with six points, three rebounds and one sick alley-oop in 18 minutes on the court.

Up Next
VEF: October 15 at Nizhny Novgorod
Khimki: October 16 at Parma 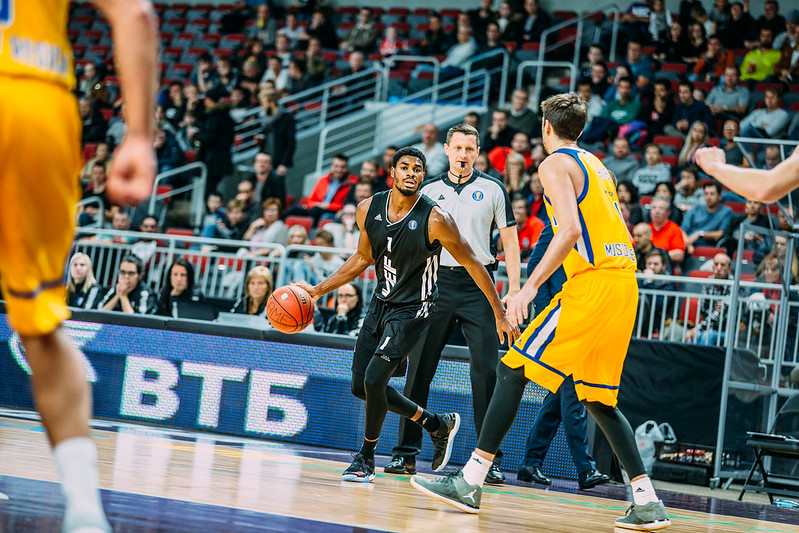