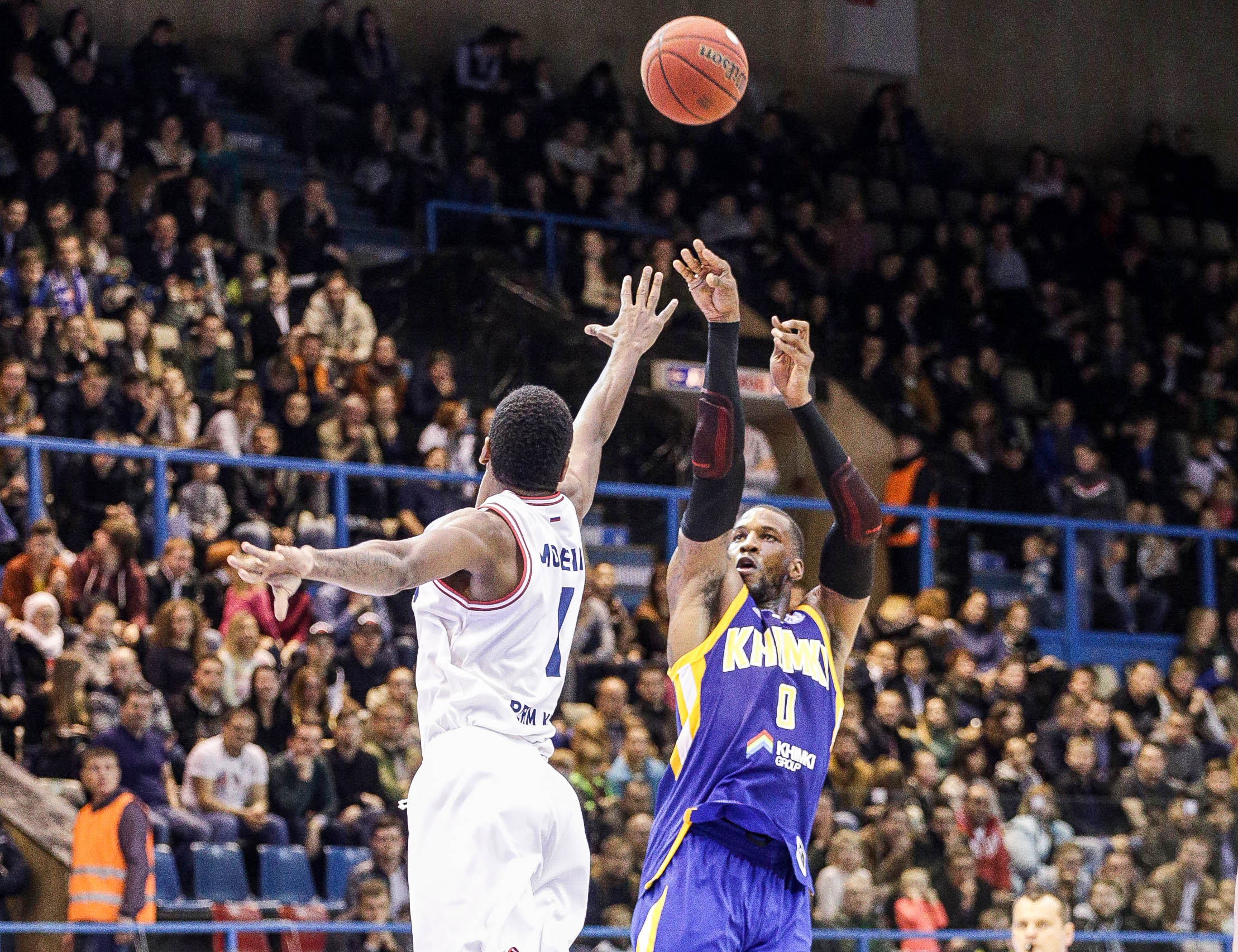 Story
Playing in front of a sold-out Molot Arena, Khimki pulled away in the second half for a 37-point win. Thomas Robinson led the visitors with 17 points, while Parma guard Frank Gaines scored a game-high 22.

The home team fed off the crowd’s energy in the opening minutes, leading 14-12 midway through the 1st quarter on a Miller-McIntyre 3-pointer.

Alexey Shved and Viacheslav Zaitcev responded for the visitors, drilling a pair of triples to end the period, putting Khimkin on top, 24-19.

Parma kept threatening in the 2nd. Miller-McIntyre had several big shots and Konstantin Bulanov knocked down a jumper to put the underdogs ahead, 38-36, with less than four minutes remaining in the half.

There would be no fairy-tale ending, however. Moscow Region ended the 2nd quarter on a 13-2 run.

Following the break, Khimki continued to pull away. Anthony Gill scored six straight to open the 3rd quarter and the visitors’ lead ballooned to 24 midway through the period.

Stat
8 – Khimki committed only eight turnovers, giving Parma very few chances to swing the momentum. In fact, the visitors only turned the ball over three times in the second half.

Quotes
Parma head coach Nikolajs MAZURS:
– First of all, it’s not fun to lose by such a big margin, but I don’t think we’re in great physical condition yet. This is also only the second game we’ve played with a full roster. You can’t discount that. Tournament travel put us in a little bit of a funk. We aren’t ready to take on EuroLeague-level teams yet. Khimki has a very athletic team. They beat us on the glass and outran us. They deserved the win.

Khimki head coach Georgios BARTZOKAS:
– The game was even for the first 16-17 minutes, but during the final three minutes of the first half, as well as in the second, we were very focused on defense. We only allowed Parma to score 29 points in 20 minutes. That focus was the key to today’s game. I want to point out that Parma is much better this season. They are more athletic and move the ball better. If we’d let our opponent play at their tempo, we may have had issues.

Up Next
Parma: October 23 away vs. Kalev
Khimki: October 30 home vs. Astana