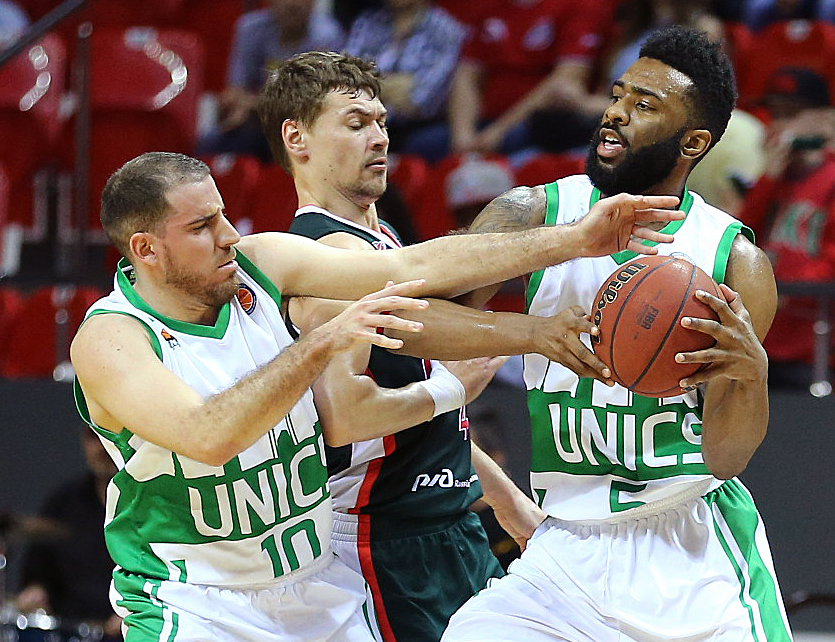 Build-Up
Lokomotiv  tried to take over the game in the 1st quarter, but UNICS came storming back in the 2nd. The visitors looked well-rested and succeeded in slowing Kuban’s offense (36% from the field, only two assists), while getting big production from the trio of Keith Langford (10 points), Quino Colom (6 pts + 5 ast) and Artsiom Parakhouski (6 pts + 5 rebs). Kuban also had to overcome an injury to Kevin Jones, who only played two minutes and may have fractured his tailbone. At the end of the first half, the White-Greens enjoyed a 37-31 advantage.

Kazan remained in control to start the 3rd quarter, pushing the lead to 12 points, while limiting Krasnodar to five points in six minutes. But Ian Vougioukas got the home team back on track with a bucket in the paint, before Andrey Zubkov converted a 3-pointer and Evgeny Baburin drew a foul, knocking down two free throws.

Langford and Parakhouski finally stopped Loko’s 12-0 run, but UNICS only led by five, 53-48, entering the 4th.

Anton Ponkrashov was the man to start the 4th quarter. He hit a pair of 3-pointers, scoring eight straight to make it a nine-point game, 61-52. Zubkov and Dmitry Khvostov, meanwhile, kept Kuban’s hopes alive with long-range shooting, cutting the deficit to two, 61-59 with four minutes remaining.

Turning Point
More sterling defense and some timely buckets helped UNICS regain the momentum. Colom hit a contested 3-pointer, Parakhouski got it done inside and Ponkrashov drained a wide-open 3-pointer, giving the visitors a 10-point advantage. Loko had no response this time, going down to defeat at home. Prior to the series, Evgeny Pashutin talked about the importance of stealing the home-court advantage. UNICS did just that in Game 1.

Star
Anton Ponkrashov. UNICS only used three bench players, but everyone was very efficient. Ponkrashov had the biggest impact, scoring 11 of his game-high 15 points in the 4th quarter.

Stat
12 – UNICS outrebounded Krasnodar, 45-33, limiting Kuban’s second-chance opportunities. Lokomotiv was a better rebounding team than UNICS during the regular season (38.1 vs. 36.4 per game), but struggled on Friday.

Quotes
Lokomotiv-Kuban head coach Sasa Obradovic:
– UNICS deserved to win. Unfortunately, without our key players we couldn’t play our best. But you have to battle no matter who’s on the court, and who’s not. Today, I didn’t see us battle. Prior to the game, we talked about being aggressive and playing at our maximum, but it didn’t work out. But, in any case, this isn’t the end of our story. We’ll have a second game to fix our mistakes. We’ll work and show a different game.

UNICS head coach Evgeny Pashutin:
– The game was intense. It’s never easy in Krasnodar. The team is athletic and physically imposing. We lost twice to Loko in the regular season and prepared very seriously during the three weeks we had. I think allowing 62 points was the key to victory. But we’re not getting too excited. We know it will be a very tough series. 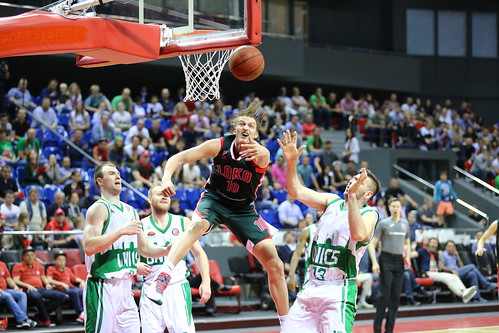