Turning Point
Kalev fought hard in this game, trailing by only four points, 55-51, midway through the 3rd quarter after a 3-pointer from Vitali Liutych.

But Kevin Jones responded with a quick basket before four free throws from Vladimir Ivlev gave Kuban a double-digit lead.

Mark Tollefsen and Branko Mirkovic were active for Kalev down the stretch, threatening to make it close. But Lokomotiv had too many weapons, turning to Ryan Broekhoff and Taylor Rochestie to close out the win.

Quotes
Lokomotiv-Kuban head coach Sasa Obradovic:
– It was important for us to win this type of game. Anything could have happened with a lack of concentration and we cannot afford to lose any points in the race for 3rd place in the regular season. It’s good we were able to extend our winning streak. Now we need to win our two remaining games.

Kalev head coach Alar Varrak:
– We competed and fought to the end. Lokomotiv is an excellent team and forced us to commit 22 turnovers. With numbers like that, it’s hard to take on a team like Loko, which has excellent low post players, excellent snipers and excellent point guards. 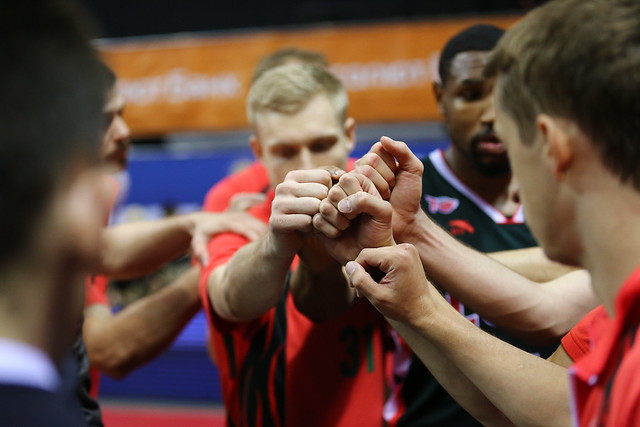 Up Next
Lokomotiv-Kuban: April 19 at Parma
Kalev: April 23 at Zenit