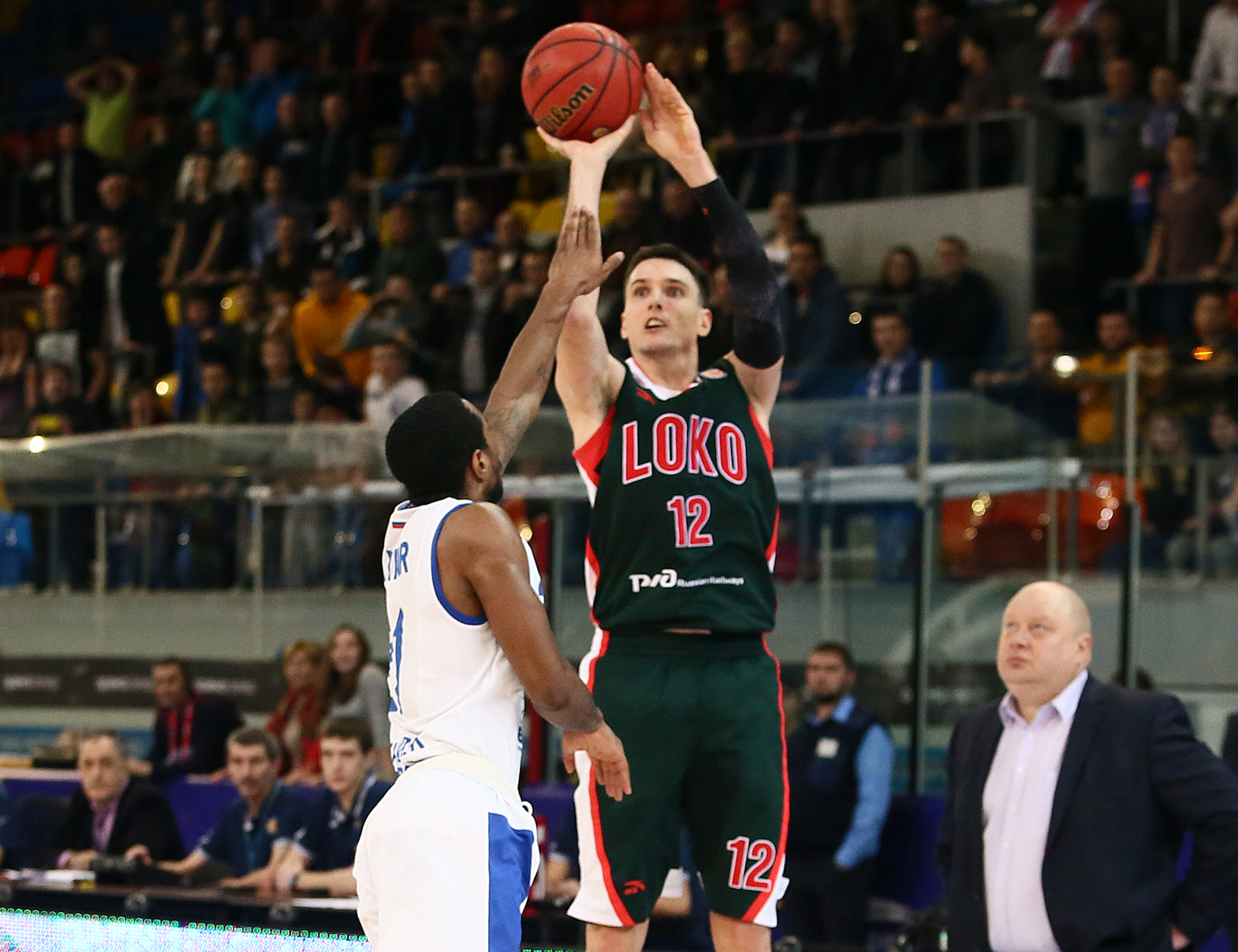 Turning Point
After coughing up a 13-point lead in the 3rd quarter, Krasnodar was on the ropes. Trailing 85-81 with 30 seconds remaining, the visitors needed some magic to keep extend their league-best winning streak to 11 games.

Kevin Jones, who scored a game-high 26, cut the deficit to two on a jumper. With the shot clock dead, Lokomotiv was forced to foul, sending Anthony Hilliard to the line for two free throws. A 75% free-throw shooter, Hilliard missed both.

Loko’s Matt Janning scooped up the rebound–and with coach Sasa Obradovic choosing not to call a timeout–raced down the court to drain the go-ahead 3-pointer!

Enisey had one final chance, but Vasily Zavoruev’s shot at the buzzer didn’t drop.

It wasn’t easy, but Lokomotiv improves to 11-2 with the win, one game back of CSKA.

Enisey drops to 5-9, only one game up on Avtodor, Nizhny Novgorod and Tsmoki-Minsk for the final playoff spot.

Stat
2 – Krasnodar was a measly 2-14 from beyond the arc, but Janning hit the one that mattered in the final seconds.

Quotes
Enisey head coach Oleg Okulov:
– Since changing coaches, Lokomotiv has started playing very solid basketball. Krasnodar has been in good form the last few months. We didn’t have much time to prepare, but we did the best we could. If we’d made two free throws, we would have won, but that wasn’t the only reason. The end result is that we played a very tough opponent even for 40 minutes. We lost the rebounding battle because we were trying to shut down the perimeter. As for the ending, Hilliard wasn’t supposed to have the ball. We expected Trushkin to get fouled. The purpose of the timeout was for Vlad to get the shot. Could Hilliard have made them? Yes, he could have. Could someone else have them? Yes. But that’s how it turned out.

Lokomotiv-Kuban head coach Sasa Obradovic:
– The first thing I said to the guys in the locker room was that basketball is a wonderful game. We gave up a lot of points today on turnovers. We struggled more on offense than on defense. Our opponent scored almost 20 points on our mistakes. I can’t say that the stronger team won today. There was some luck involved in the outcome.

Up Next
Enisey: January 29 vs. UNICS
Lokomotiv-Kuban: February 4 vs. Nizhny Novgorod