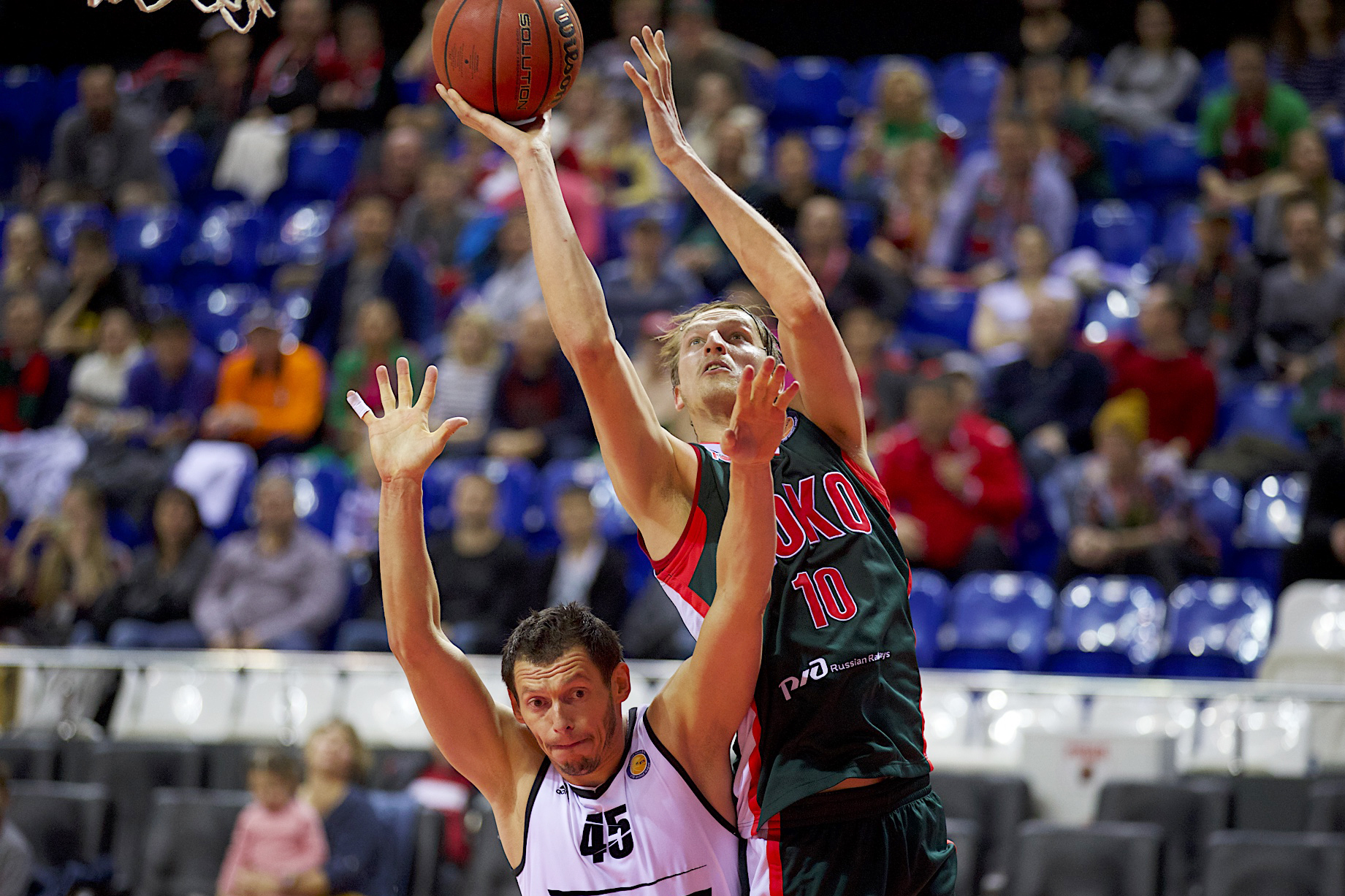 Turning Point
Led by Ryan Broekhoff, Lokomotiv-Kuban shot 6-7 from beyond the arc in the 1st quarter, giving the home team a double-digit lead. By halftime, Krasnodar had built an enormous 35-point advantage. Loko went on to score 107 points in the blowout.

Stat
107 – that’s the most points scored yet in the League this season.

Quotes
Lokomotiv-Kuban head coach Sasa Obradovic:
– To be honest, I didn’t even expect it would turn out this way. I’m happy that we managed to win and happy with how we did it. Loko showed energy at both ends of the floor. I think the fans got to enjoy a very good, exciting game, which was fun to watch. Even today you could tell we’re missing a few bench players, but everyone who played fit in very well. I respect VEF, but they weren’t able to play their game. We managed to stop them, even Janis Blums. Even though he scored 23 points today, he always had tough looks.

VEF head coach Janis Gailitis:
– Congratulations to Loko on the win. We started the game really poorly. The home team had a pretty productive week of practice. You could see the energy and that their new coach has different plans and the players are executing. Our opponent played very well on defense and offense. They really played as a team. We didn’t bring one of our leaders to Krasnodar and some of the guys were injured. It turned out we weren’t prepared.